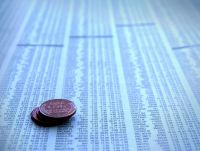 On February 9, it was announced that negotiations have begun concerning a transatlantic union between the biggest stock exchange in Britain, the London Stock Exchange Ltd. (LSE), and the biggest Canadian stock exchange, TMX Group Inc. — which controls the Toronto Stock Exchange (TSX), the Bourse de Montréal (MX) and the TSX Venture Exchange (TSX-V), and which has a 50 per cent interest in the Boston Options Exchange (BOX).

This merger will create a new power in global finance and will entail many advantages for issuers. Mainly, it will amount to a wider distribution network that reduces costs, but it will also produce many more opportunities for cross-listings. However, these benefits need to outweigh the negative discussion and speculations among financial groups.

Generally, there is an acceptance for the deal from the most important business representatives which will help the country’s capital markets. However, three of Canada’s major banks have spoken out against the deal.

There are still many issues that require resolution, but if it is approved, the combined stock exchange would have around 6,700 listings, with market capitalization of over 5.8 trillion dollars. This means that it would become the number one world player — but perhaps not for long because the New York Stock Exchange and Deutsche Boerse have announced their own merger intentions.

Traders and companies seeking capital funding are already closely watching the deal. It remains to be seen, though, how regulators and especially the industry minister will assess the deal, especially since last year we witnessed a stopped takeover deal of PotashCorp at a value of over 36 billion US dollars.