Toronto, the provincial capital of Ontario and the largest city in Canada, attracts millions of tourists each year. It offers a rich variety of attractions, events, restaurants, and entertainment venues. Even after visiting all of Toronto’s best known attractions, when you think that you’ve seen everything Toronto has to offer, the city will surprise you by revealing a hidden gem. You might stumble upon these hidden treasures at any moment — and in locations you might never even have considered. 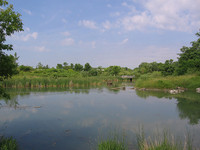 This is something to look forward to in the summer months! The ice trail in Samuel Smith Park, introduced in 2010 and opened annually at the beginning of December, is the city’s first artificial ice rink that isn’t a rectangular hockey rink. It consists of two roughly circular paths connected in the centre that twist through some of the park’s landscape. There is no fence around the trail and skating is free. This ice trail is only for pleasure skating — playing hockey here is prohibited. Skating while enjoying the beauty and peace of Samuel Smith Park is very popular among local residents and is definitely worth a try. 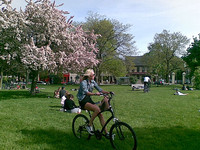 This park, located in the west side of downtown Toronto, is one of the best places to spend a sunny day in Toronto. Trinity Bellwoods Park offers more than magnificent scenery: it has a rich history, friendly people, many cultural events, and a huge community recreational centre. The centre consists of two indoor pools, a gymnasium, a fitness centre, an indoor walking/running track, and multi-purpose rooms. There are also many different playgrounds, volleyball and tennis courts, an outdoor skating rink, and spaces for soccer, football, rugby, and softball. 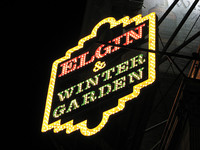 The Elgin and Winter Garden theatres are the last surviving Edwardian stacked theatres in the world. The original centrepiece of Marcus Loew’s theatre chain is one of Toronto’s most precious hidden gems. This national historic site, located in the city centre, is still open today and has been home to numerous musicals, including Cats and The Who’s Tommy and Napoleon. The Elgin Theatre is one of the hosts to the annual Toronto International Film Festival. Public tours of the theatre complex are available twice a week: Thursdays at 5:00 P.M. and Saturdays at 11:00 A.M. 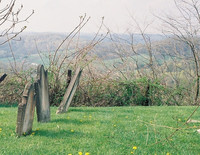 Mount Pleasant Cemetery is a late nineteenth century cemetery with beautiful walking paths interspersed with fountains, statues, botanical gardens, rare, distinct trees, and remarkable architecture. It was designated a National Historic Site of Canada in 2000. This oasis of peace and calm is situated right in the centre of Toronto. 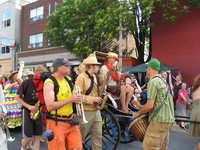 This National Historic Site of Canada has become one of the best known Toronto neighbourhoods mainly due to its distinctive multiculturalism. There are dozens of tiny shops and produce stands hidden in the labyrinthine streets of Kensington Market that offer a wide variety of quality goods, from vintage clothing to meat and fresh fruits and vegetables. Hosting street festivals like Pedestrian Sundays and the Festival of Lights, Kensington only confirms its independence and progressive attitude.