Experts and economists from the Economist Intelligence Unit (EIU) recently released the results of their annual liveability survey. The main aim of the survey is to analyze and evaluate living conditions in different locations around the world and determine which places have the best and the worst living conditions.

The Economist Intelligence Unit is a reliable and vital source of important information for business leaders tackling strategic problems. The survey’s primary purpose is to help employers assign hardship allowances as part of expatriate relocation packages. However, it has been extensively used by city councils, non-government organizations, and corporate entities trying to compare and benchmark areas with different liveability ratings.

What does the EIU liveability rating evaluate?

The EIU’s liveability rating assesses factors that could affect an individual’s lifestyle anywhere on the globe and that can be directly compared with different locations. Every city is rated in five wide categories (stability; healthcare; culture and environment; education; and infrastructure) that include more than thirty qualitative and quantitative factors.

Each of these factors are then considered as either acceptable, tolerable, uncomfortable, undesirable, or intolerable on a 1-100 scale (where one is intolerable and 100 is ideal). The liveability rating is determined both as an overal result and as a result for each category. Qualitative variables are evaluated according to the judgment of EIU in-house expert country analysts and a field correspondent situated in each city. On the other hand, quantitative variables rating calculation are based on the relative performance of a location as reported by external data sources.

The “culture and environment“ category has the same impact on the total score, and it’s also calculated by using data from external sources (Transparency International and the evaluation of average weather conditions). The value of this category originates in the extensive diversity of relevant factors such as humidity/temperature rating, discomfort of climate to travellers, the level of corruption, social or religious restrictions, the level of censorship, sporting availability, cultural availability, food and drink, and consumer goods and services.

The Results of the Survey 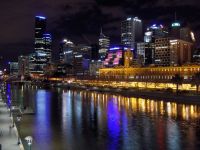 The findings show that Australian and Canadian cities reflect liveability criteria very well. Vancouver lost its long lasting first position due to a recent intermittent problem with the crucial Malahat Highway and this year’s June riots, and it finished third behind Melbourne (1st) and Vienna (2nd). However, competition in the top ten is very tight, separated only by 1.8 percentage points. Toronto has done very well in the survey, finishing 4th with only a 0.3 per cent lower rating than the winner.

The poor economic situation in Europe, which is struggling with the current crisis, resulted in a slight downfall of liveability in European cities. However, even worse depreciation was recorded in the Middle East and North Africa because of domestic civil conflicts. The lowest scoring city is Harare (Zimbabwe) with only 38.2 per cent, followed by Dhaka (Bangladesh) and Port Moresby (PNG). Other places in the bottom ten are occupied mainly by African and Middle Eastern cities.