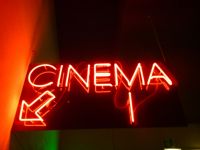 When most people think of movie festivals in Toronto, the first thing that comes to mind is the prominent Toronto International Film Festival, stuffed with Hollywood stars. However, Toronto’s rich and diverse multicultural communities host a huge number of film festivals and screenings in almost every genre and in various languages all year round. Movie lovers in Toronto have the opportunity to attend more than 75 film festivals each year, ranging from huge Hollywood motion pictures to short alternative fimlets. It doesn’t matter which genres or formats you prefer; Toronto movie festivals have something for everyone. 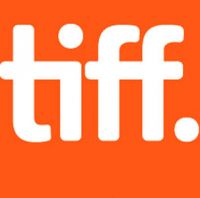 The Toronto International Film Festival is a premier publicly-attended world movie festival that brings more than 300 films from over 60 countries to Toronto every September. It started in 1976 as a collection of films from other festivals (it was a “festival of festivals“) and has since become one of the most acknowledged cinematic events in the world. Despite all the changes it had to undergo and the countless awards it received, the Toronto International Film Festival has maintained its principal idea: to lead the world in cultural and creative discovery through the motion picture and to place Canadian achievements in an international context. TIFF is the biggest film festival in North America, and it was described as “the largest, the most influential, and the most inclusive“ film festival in the world. 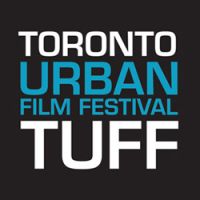 The Toronto Urban Film Festival is an annual festival of one-minute silent films screened daily to 1.3 million commuters on the ONESTOP TTC subway platform screens. Every ten minutes, there is an urban-themed film played on 300 screens in 60 subway stations across Toronto. This unique film festival takes place every year at the same time as TIFF, which contributes to the film mania in Toronto every September. TUFF screens all genres of film, video, and animation from both professional and emerging filmmakers.

COMMFFEST Global Community Film Festival is a unique charitable organization that offers the perfect platform for independent filmmakers who get involved in discussions of social issues and cultural exchange through the powerful language of film in all genres. It’s a great opportunity for filmmakers to express themselves freely and to establish a more personal connection with the audience. The main objective of COMMFFEST is to draw communities together and to discover common bonds of solidarity.

Planet in Focus, Canada’s largest annual environmental film festival, offers five days of film premieres, receptions, workshops, and gala presentations. Each year, artists and film makers from all over the world present approximately 100 outstanding environmental movies in all genres, including documentaries, features, shorts, and animation. The Planet in Focus Film Festival prepares tons of amusing activities for children and youth each year, including workshops, discussions, and much more. 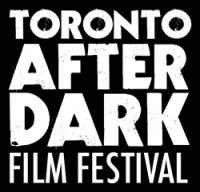 Toronto After Dark is one of the world’s premier and most terrifying annual events showcasing new horror, sci-fi, action, and cult movies. After six years, the festival has left its old home, the Bloor Cinema, and moved to a new venue, the Toronto Underground Cinema. This critically acclaimed international festival features independent and innovative thrilling films and is a proud member of the North American Fantastic Film Alliance (NAFFA), which acknowledges only the top six world-class festivals out of 50 genre movie festivals in North America.

The Toronto Reel Asian International Film Festival is Canada’s biggest pan-Asian movie festival, presenting contemporary Asian cinema and films and videos by East and Southeast Asian artists in Canada, the United States, Asia, and all around the world. This annual festival began in 1997, and nowadays includes eight days of eagerly-anticipated film screenings, industry panels, parties, and special events. The Toronto Star described the Toronto Reel Asian International Film Festival as “one of the best alternative film festivals going“ in the city.

The World of Comedy Film Festival 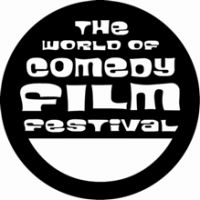 The World Of Comedy

This annual festival celebrates the artistry and power of the comedy film and supports the future expansion of comedy filmmaking in Canada. The World of Comedy Film Festival was founded in 2003, and since then has showcased the best comedy films from Canadian as well as international producers. The WCFF believes that comedy is best enjoyed when shared in a communal situation, which the festival provides. Everybody needs to laugh because it’s not only fun, it’s therapeutic, cathartic, and can even help us to reflect upon the deepest and most serious moral and societal beliefs of our lives.

Founded in 1987, the Images Festival is the largest festival in North America for the experimental and independent motion picture culture, screening the inventive and original edge of international contemporary media art — both on and off the screen. The festival features films and video screenings as well as live performances, media art installations in local galleries, and new media projects by Canadian and international artists.

The Worldwide Short Film Festival is the leading platform for the exhibition and promotion of short film in North America. It celebrates the quality, creative range, and sapidity of short films. Each year, expert programmers specially select 250 shorts from over 80 countries for five days of public showcasing. The WSFF is one of the three festivals in Canada accredited by the Academy of Motion Picture Arts and Sciences® and offers one of the biggest price packages for short films in the world. These small gems that are premiering in Toronto are definitely worth seing.

I would love to come to Toronto’s Festival. I have heard a lot of great things about it!!!!

Hi Michele,
You definitely should try to get to the TIFF one year. It truly is a world class event!
Jamie Sarner