IIFA Toronto 2011
by City and Color

More than 60 distinct communities live in the multi-ethnic and culturally diverse Toronto, and the Indian community is one of the largest among them, with about 550,000 Indian people living in Toronto and the GTA. It’s no wonder there are lots of different Indian restaurants, shops, and even a Canadian Indian museum in Toronto.

The 12th annual International Indian Film Academy Awards were held in Toronto this June. It was for the first time that a North American city hosted the most important Indian film industry event. The four days packed with the best Bollywood production included presentations of Bollywood movies with many attractions, and of course the main event, the award ceremony with all the Indian movie stars.

IIFA Toronto by City and Color

The award ceremony was hosted by two award-winning Indian actors, Riteish Deshmukh and Boman Irani. Indian stars seemed to enjoy the fact that the award ceremony was held in Toronto. “I get recognized here far more easily than in Mumbai because in Mumbai I´m only driving to and from work, whereas here I tend to go out on the streets, but it’s fun,“ Irani told the Toronto Star. “Canadians are the most polite people on the planet.“

According to the Toronto Sun, the Indian film industry generates approximately $100 million in revenue in North America. The International Indian Film Academy Awards provided considerable economic support to Toronto. About 16,000 of the 22,000 tickets available to the public were sold out in just a few minutes. Normal ticket prices were between $49 and $125, while last-minute tickets were sold for as much as $1,500 each. Not only did the festival enrich Toronto’s cultural and multi-ethnic side and strengthen the city’s position in the industry, but we should also see a positive direct result in leisure tourism.

Let’s have a look at some of the most popular Bollywood movies that were shot or set in Toronto.

Bollywood/Hollywood is a fresh, humorous, family-oriented movie directed by Deepa Mehta, an Indo-Canadian director best known for her Elements Trilogy of Fire, Earth, and Water. It makes gentle fun of traditional Indian stereotypes as well as Bollywood. Set right in the middle of Toronto, Bollywood/Hollywood explores the struggle of the eldest son of a rich Indian family living in Canada between Indian heritage and North American culture. The main characters are played by Rahul Khanna, Lisa Ray, and Moushumi Chatterjee. 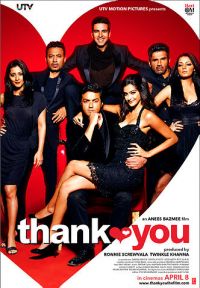 A major portion of this Nikhil Advani movie set in New York was shot in Toronto due to low production costs. Kal Ho Naa Ho is the story of three friends, Aman (Shah Rukh Khan), Rohit (Saif Ali Khan), and Naina (Preity Zinta), who are together on a journey that teaches them the true meaning of friendship. Cast, cameras, sound, editing — simply everything in this movie is perfect.

This Indian father-son melodrama features for the first time real-life father and sons Dharmendra and Sunny and Bobby Deol. Directed by Anil Sharma, Apne got an excellent response in India and became very popular overseas as well. This boxing movie offers the pleasures of a brilliantly told, well-known story and convincing acting by Dharmendra and Sunny Deol. Taran Ardash, an Indian film critic, said, “Apne is rich in emotions and has the potential to strike a chord with families. Those who love emotional fares are bound to take a liking for its theme.“

Thank You is a forthcoming Bollywood romantic comedy directed Anees Bazmee, who is mostly known for comedies such as No Entry, Singh is King, Welcome, and so on. This film about unfaithful and soon-to-be-changed husbands starrs Akshay Kumar, Bobby Deol, Irrfan Khan, Suniel Shetty, Celina Jaitley, and more. A substantial portion of this movie is shot on location in and around Toronto, such as Toronto’s Flatiron Building, the Air Canada Centre, and Niagara Falls. 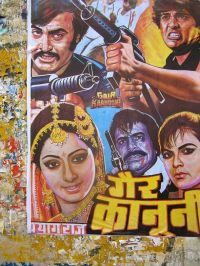 Bollywood Dance Classes in Toronto and the GTA

One thought on “World of Bollywood in Toronto”

Please inform if Bollywood Film Makers get any Rebate, by Shooting in Canada ?