Toronto is definitely the most popular location for filmmakers in Canada and it continues to be more and more attractive for visiting international film productions as well. This is mainly due to the aid of the Canadian government, closeness to the U.S., affordability, and its resemblance to almost any other bigger city in the world. Except for Hollywood and New York City, there isn’t another place in North America where so many movies and TV productions are filmed. Furthermore, the number of new movies being shot in Toronto is constantly growing. Here is a list of several movies that are being shot in Toronto. 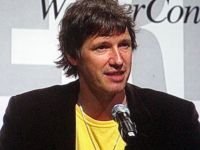 The release of the fifth instalment in the Resident Evil film franchise, directed by Paul W. S. Anderson, was announced on September 14th, 2011. Filming began in October and should end in December 2011. Fans will appreciate the reappearance of actors from previous films such as Michelle Rodriguez (Rain Ocampo), Sienna Guillory (Jill Valentine), and Colin Salmon (One). The fifth chapter of this sci-fi action horror series will be (just like Resident Evil: Afterlife) featured in 3D.

The biggest star of the movie, Milla Jovovich, revealed some interesting information about Resident Evil: Retribution. (Caution – potential spoilers.) According to her, we can look forward to an epic fight between Alice (Jovovich) and Jill (Guillory). Moreover, Anderson is again going to feature the mind-controlling parasite “Las Plagas“ in the movie. Finally, Jovovich expressed her hopes to film the sixth Resident Evil, which should include all the major characters of the series. 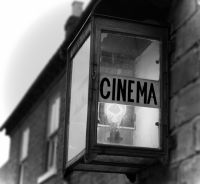 Cottage Country is a dark Canadian comedy directed by Peter Wellington (Slings & Arrows,Luck, Joe’s So Mean to Josephine), written by Jeremy Boxen (Lost Girl, Endgame, Warriors of Terra) and produced by Frank Siracusa (Breakaway, Passchendaele). Filming starts in September 2011 and should last until the end of October 2011. Cottage Country’s producer, Frank Siracusa, describes the movie, “Cottage Country is a comedy about brotherly love, deceit, and murder — something we can all relate to.“

The story is about a young man, Todd (Tyler Labine), who wants to propose to his girlfriend, Cammie (Malin Akerman), but his plans go awry as his slacker brother, Salinger (Daniel Petronijevic), arrives with his free-spirited girlfriend, Masha (Lucy Punch).

There are actually several similarities between Cottage Country and a well-reviewed horror comedy, Tucker and Dale vs. Evil, which also includes Tyler Labine. Cottage Country is produced by Whizbang Films and the movie is slated for release sometime next year. 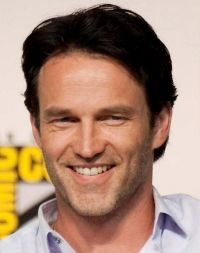 Another horror movie that’s being shot in Toronto is called The Barrens. It’s directed by Darren Lynn Bousman (Saw II, Saw III, Saw IV, 11-11-11) and the release is scheduled fall 2012.

The Barrens is an another incarnation of the legend of the Jersey Devil. This time, a man played by Stephen Moyer (True Blood) takes his family on a camping trip to a forest in southern Jersey where they find the remains of the Jersey Devil’s last meal. He becomes convinced that they’re being stalked by this legendary creature.

“I don’t want to turn it into a cheesy creature feature,“ said Darren Lynn Bousman. “It’s about the characters for me, and having watched Stephen for years on ´True Blood,´ I have no doubt he’s the right leading man.“

Another movie adaptation of Richard Van Camp’s novel “The Lesser Blessed“ was planned to be shot in the Northwest Territories. However, attempts to raise money to shoot parts of the movie in the N.W.T. failed and it will be filmed entirely in Northern Ontario.

This information disappointed many people, including Pablo Saravanja, a northern Canada filmmaker. “The idea that a celebrated author like Richard Van Camp has to take his northern stories and get them made in southern Canada Because the industry is ready for them and because the governments are willing to support them down there is painful, actually,“ he said. “It hurts.“

The Lesser Blessed is a drama about a Tlicho aboriginal teenager, Larry, who lives in a small northern town of Fort Simmer. It illustrates the situation of a young Native man who’s trying to find his place in the modern world.

The Truth is an action thriller written and directed by Damian Lee (Sacrifice, King of Sorrow) that is now being shot in Ontario and the Dominican Republic. The movie is a co-production between Rollercoaster Entertainment and Vortex Words + Pictures, with Gary Howsam and Bill Marks participating in production. The cast of this movie includes famous names like Andy Garcia, Eva Longoria, and Forest Whitaker.

According to deadline.com, “Garcia plays an ex-VIA op-turned political talk show host. He’s hired by a corporate whistle blower to expose her company’s cover-up of a massacre in South American village.“