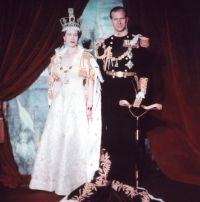 More than sixty years have passed since perhaps the biggest change in the life of the then heiress presumptive, Princess Elizabeth. On February 6th, 1952, her father, King George VI, sadly passed away, and the 25-year-old princess became the Queen of the sixteen Commonwealth states. Over the six decades of her reign, Queen Elizabeth II has been one of the most important and respected people in the world. She indeed is an iconic figure, and the vast majority of Canadians, I think, can’t imagine having any other head of state. Without a doubt, Her Majesty deserves our respect. How are we Canadians going to celebrate the unbelievable diamond jubilee of our beloved Queen?

In spite of the fact that the Queen spends most of her time in the UK, her relationship with Canada is a special one. During her visit in 2010, Her Majesty even mentioned her love for this country in her Toronto speech, stating that she was “not only among friends, but among fellow citizens”. Amazingly enough, her first words during that particular visit to Canada were, “It is good to be home.”

As Ontario PC Leader Tim Hudak said, the Queen “was here at the opening of the St. Lawrence Seaway in 1959. She celebrated Expo 67, the 1976 Montreal Olympics, and the Commonwealth Games on two separate occasions, and gave us our political independence in 1982 by signing the Constitution Act.” Due to the obviously strong and affectionate relationship between the monarch and the country, royal watchers expect Canada’s diamond jubilee celebrations to be “among the most enthusiastic in the world.”

Two years ago, there was even a poll on the CBC’s website posing the question of whether there should be a national holiday in Canada to celebrate the Queen’s jubilee. The result of this survey is not really surprising: it shows how much the Canadian public loves and respects our monarch. Approximately 82 per cent of respondents would have loved to get a day off to mark the big anniversary, just as the Brits are getting this summer. The celebrations can be fun even without a day off, however. The Secretary to the Queen, Kevin S. MacLeod, has been appointed to lead the Diamond Jubilee Committee for Canada — to guide the preparations for one of the most significant years in the life of our Queen. 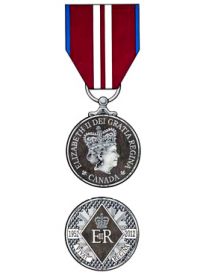 The federal government allocated an amazing $7.5 million for the celebrations, which is a sign of true dedication to Her Majesty. A great part of the money is being spent on commemorative medals created for this occasion. The 60,000 Canadians who have contributed significantly to Canada’s development or brought international recognition to the country will be its proud receivers. With this medal, Canada has a unique chance to “honour Her Majesty for her service to this country and at the same time to honour significant contributions and achievements by Canadians.” If you know someone you believe deserves this lovely token of appreciation, feel free to contact the offices of MPs, senators, lieutenant governors, or premiers to suggest names of candidates.

The medal presentations have already started in some parts of Canada and the first awarded Canadians included gold medal winner Alexandre Bilodeau, singer-songwriter Gordon Lightfoot, and ballet dancers Karen Kain and Rex Harrington. To show his admiration for Her Majesty, our Prime Minister Stephen Harper took part in one of the medal awarding ceremonies as well. Harper said:

Over the past 60 years, Her Majesty Queen Elizabeth II has served our country with distinction and dedication and continues to show Canada her generosity and affection. These medals honour those Canadians who follow the fine tradition of service so exemplified by Her Majesty.

The medal is not the only commemorative item to celebrate the jubilee. Canada Post has issued a special stamp to celebrate the event. The stamp has become a huge hit among the public, and it is possible that “the current production run of six million will have to be upped.” Furthermore, a window that was a gift from the Senate was installed above the Senate entrance to the Parliament Buildings on February 7th. As the Minister of Canadian Heritage, James Moore, announced, a new portrait of Her Majesty, painted by Canadian artist Phil Richards of Scarborough will be finished in the jubilee year as well. Admirers of our monarch should also pay a visit to Ottawa’s Confederation Park to see the ice sculpture and a photo exhibit that commemorate the anniversary. 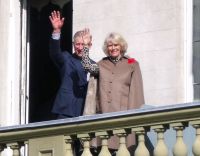 One of the highlights of Canada’s diamond jubilee celebrations will be the May visit of the heir to the throne, Prince Charles, the Prince of Wales, and his wife, Camilla, the Duchess of Cornwall. By sending her eldest son, the future king and therefore the second most prominent figure of the Royal Family, the Queen once again shows how important Canada is to her. While the visit of the Prince and the Duchess is expected to get less media coverage than last year’s trip of the newlywed William and Catherine, the Duke and Duchess of Cambridge, it indeed is of no less significance. It is always a pleasure to welcome the future king, for whom the forthcoming visit will be his 16th tour of Canada. This visit is going to a special one, as it will focus specifically on the Queen’s Diamond Jubilee.

Not everyone is enthusiastic about the jubilee celebration, however. Some are not pleased that at a time of budget cuts, the government is spending more than $7 million on the celebrations, considering it a waste of money. The Société Saint-Jean-Baptiste de Montréal has even launched an anti-celebration campaign the motto of which is “we are not jubilant, we royally don’t care”. Similarly, according to the director of the anti-monarchy group Citizens for a Canadian Republic, Tom Freda, “to spend one penny on the jubilee is absurd.”

Despite some opposing views, we must not forget how special it really is to have a diamond jubilee. Queen Elizabeth is actually only the second British monarch to have crossed the sixty year mark. In 1897, Queen Victoria reached her diamond jubilee, and as Governor General David Johnston said more than a century later, Canada once again celebrates “the life and service of a monarch, a queen of great conviction who is respected the world over.” She has had eleven Canadian Prime Ministers, and let’s hope her amazing journey will continue for many years to come. Long live the Queen!