Restaurant, a prominent British magazine that concentrates on the world’s best chefs and restaurants, published its annual list of the top 50 restaurants in the world. Each year, more than 800 trusted and well travelled international restaurant industry experts give their opinions and judgments on the most outstanding restaurants around the globe. Denmark’s Rene Redzepi and his restaurant NOMA dominated the ranking and won first prize for the third time in a row.

How Is The Best Restaurant Chosen? 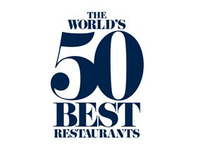 The list of the World’s 50 Best Restaurants is compiled by The World’s 50 Best Restaurants Academy, which is an acclaimed group of more than 800 international chefs, restaurateurs, gourmands, and restaurant critics. The members of the Academy represent 27 different regions from the whole world. Each region has its own panel consisting of 31 members, one of whom leads the regional panel as a chairperson. Members of the panel are usually prominent food critics, chefs, restaurateurs, and highly regarded gastronomes, each of whom possesses seven votes. They must spend at least three of these votes on restaurants outside of their region. In addition, at least ten panelists from each region change each year to obtain the most objective results. Some regions include more than one country. The issue of geographical division is left to the regional chairs and is analyzed and consulted annually so that it fairly reflects the global restaurant scene at the current time.

As soon as the results have been announced to the assembled chefs and academy members, they are published online. However, the voting is strictly confidential before the awards are announced. The most important requirement is that voters must have eaten in the restaurants they nominate in the last 18 months and they are not allowed to vote for restaurants they own or have interest in. Furthermore, their nominations are made strictly for the restaurant as a whole — not for the restaurateur or the chef. In cases where there are two or more restaurants with the same number of votes, the position is decided according to higher preferences.

These simple rules make the World’s 50 Best Restaurants list unique and not comparable to any other guide or ranking of restaurants. Voters have a lot of freedom and can choose any restaurant they consider the best, even if it’s a small and unknown place in a secluded region. Restaurants cannot themselves apply to be on the list and there aren’t any external influences that could affect the list. Every single restaurant in the world is eligible if it’s open at the time of Restaurant magazine’s experts’ visit. Furthermore, there aren’t any criteria concerning the menu or whether the restaurant has been open for several years or received any previous awards. 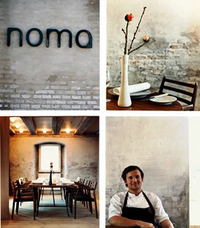 NOMA the Best Restaurant
in the World in 2012

According to Restaurant magazine, the best restaurant in the world in 2012 is the Danish NOMA. The victorious Copenhagen chef, Rene Redzepi, turned an old warehouse on the dockside into an oasis of the most delicious yet extraordinary cuisine.

NOMA’s innovative, inventive and (of course) ground-breaking approach to cooking has created a maelstrom in the culinary world.

The top three of the list was completed by two Spanish restaurants: El Celler De Can Roca from Girona finished as number two and Mugaritz from San Sebastian took the third place. The best result among North American restaurants was New York’s Per Se, which finished as number six. Other North American restaurants that made it to the top ten were Chicago’s Alinea (number 7) and New York’s Eleven Madison Park (number 10). Unfortunately, there weren’t any Canadian restaurants that would make it to the top 100. You can find the complete list here.

Per Se The main dining room
by Wikimedia Commons

The winner of this year’s S. Pellegrino Lifetime Achievement Award was a legendary chef Thomas Keller, owner of Per Se, the restaurant that was rewarded as the Best Restaurant in North America this year. Keller spent each of the past ten years of the awards on the list under one restaurant or another. His original restaurant, The French Laundry, which won the competition twice in years 2003 and 2004, has also managed to make it to the list this year as the number 43.

Chef Keller has long been an inspirational figure in the restaurant world — not just to the numerous chefs that have worked under him but to many others who have tasted his wonderful food or simply admired it from afar. His restaurants’ ever-presence on the World’s 50 Best list is a testament in itself to the enduring brilliance of this most respected of culinary masters. 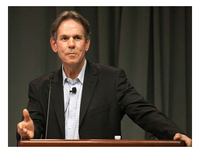 Keller’s craftsmanship is widely recognized even in the film industry. He worked on the film Spanglish, where he designed and taught the main star Adam Sandler to cook what is often called “the world’s greatest sandwich.” Furthermore, Keller cooperated with Pixar as a consultant for the 2007 animated film Ratatouille, letting the producer to intern in the French Laundry kitchen and designing an elegant layered version of ratatouille called “confit byaldi” which was cooked by the main characters.

The winner of this year’s Veuve Clicquot World’s Best Female Chef award was Elena Arzak, daughter of the owner of this year’s 8th best restaurant in the world, Arzak. The award reflects Madame Clicquot’s attributes of innovation, creativity, and determination that Elena perfectly meets. Her constantly evolving, cutting-edge, research-based approach to cooking and experimentation with flavour has brought her international acclaim.

Through her single-minded dedication to Arzak and its signature Basque cuisine, Elena oversees not only a thriving restaurant but by working in tandem with her famous father, Juan Mari, has ensured that it is recognized as one of the most influential restaurants in the world today.

She studied in Lucerne, Switzerland, and afterwards moved through the great kitchens of Europe, such as Maison Troisgros, Bras, and Pierre Gagnaire in France, Le Gavroche in Britain, and El Bulli in Spain. After these travels, Elena returned home to her family restaurant, which in the past five years, consistently ranked in the top ten of the list.