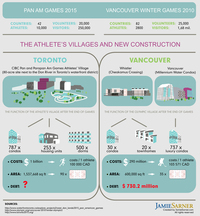 The City of Toronto has been vying to hold the Olympics for years now. Although officials have been unsuccessful in that venture, Toronto has earned the exciting honor of holding the 2015 Pan Am Games and Parapan Am Games. And that means inhabitants of Ontario’s capital can count on the GTA getting a much needed makeover. The changes, however, do come at a hefty $1.4-billion dollar price tag — so it only makes sense that some extra planning go into ensuring residents will benefit from the constructions for years to come. The National Post reports the facilities have just two years until they have to be ready for testing so construction is underway. Let’s take a closer look at what updates Toronto residents can look forward to and whether they’re all what they’re cracked up to be. 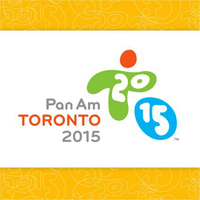 If you’ve ever driven or walked by the big patch of dirt and rubble that existed for years in the West Don Lands — you’ll be happy to hear that it is no more! The big plot of empty land is being turned into a welcoming home for 10,000 visiting athletes, coaches and officials during the 2015 Games. We know what you may be thinking — what happens when the Games are over and we’re left with a massive building and no one living in it? That’s where this concept gets really exciting. After the Games, the building will be converted into 787 condos, 253 affordable housing units, 500 dorms for George Brown students and an 82,000 square-foot YMCA facility.

Scarborough residents and students at the University of Toronto’s Scarborough campus can rejoice — an impressive aquatics and athletics facility is on the way! Newswire reports the aquatic centre will include two 10-lane, 50-metre pools, a 5-metre dive tank with several diving platforms, dry-land training facilities, as well as stands that can contain approximately 6,000 spectators. The athletics centre will contain a flexible gymnasium space, an indoor recreational track and a fitness area complete with cardio and weightlifting machines. And when the Games are done, the entire community will be able to utilize the top-notch facilities.

Pan American Athletics Stadium
It isn’t just one of Toronto’s universities that will be receiving an exciting new development. A brand new athletics facility is set to be erected at the York University campus. The 5,000 seat stadium will host the athletics competitions during the games. Following the games, it will provide a much needed state of the art facility so students, faculty and the community have an outlet for achieving their fitness and athletics goals. Construction is set to begin in the fall.

With internationally-ranked and inspirational Canadian athletes such as Clara Hughes representing the country at track cycling, it only seems appropriate that she and her teammates have a professional-quality velodrome here. Fortunately, one is on its way! The establishment will be constructed in Milton and will feature a 250-metre indoor wooden track. And in order to make sure the community really benefits from the $42-million dollars being invested into the building’s construction, the track will also feature an infield area ideal for recreational activities such as basketball and volleyball when the Games are over.

Markham Pan Am Centre
The North-East corner of the city will be receiving an exciting new facility that will feature a 50-metre Olympic-sized pool, a triple gymnasium, a large fitness centre and a variety of all-purpose and meeting rooms. It will be located near the Unionville GO Station which will make it far more accessible for commuters. The facility will be in charge of hosting water polo, table tennis and badminton during the Games and will go on to hold many other exciting activities for the community following the Games.

All this being said, residents and government officials will have to tread lightly after the Games when it comes to ensuring the new facilities are handled effectively. If the situation is mishandled, the City’s biggest renovation could turn into a massive money pit. Cautionary tales such as what happened in Vancouver following their hosting of the 2010 Olympic Games serve as an interesting example. The Globe and Mail reports that although some of Vancouver’s new athletics facilities have been thriving since the Games, other constructions such as the Athletes Villages are bleeding money.

Hillcrest Park which was erected for curling and Richmond Olympic Oval which housed Long Track Speed Skating have excelled since the Games. This may very well be thanks to the foresight of Olympic planners who included a variety of other activity centres within each building such as an aquatics facility, fitness centre and the ability to host multiple forms of competitive sport. It’s fortunate then, that some of our new constructions such as the Pan American Athletics Stadium and the Markham Pan Am Centre are being built with similar concepts in mind. If handled properly, these could become superb sources of revenue for the City and encourage community involvement for residents.

The real source of concern lies in the construction of the Athlete’s Village. Fortunately for us, only one village will be necessary, unlike in BC where two housing buildings had to be erected — one in Vancouver and one in Whistler. The Globe and Mail described the Vancouver Athlete’s Village as “a mini-ghost town in the heart of the city” and although Whistler Village’s affordable housing condos and townhouses went quickly, those at market value were not nearly so fortunate. Even more worrisome is the fact a class-action lawsuit was created by many of the owners of the new Vancouver condos which were reported to have extreme flaws such as severe moisture and terrible power outages. And with the City of Vancouver technically owning the project, it’s the City itself that is at risk of losing out on even more money.

Given all the evidence, it only seems wise that the City airs on the vigilant side until well after the Pan American Games have wrapped up. If we want to make sure these facilities become a continuous source of joy and income for the GTA, our thinking caps are all going to have to remain firmly on well past 2013. 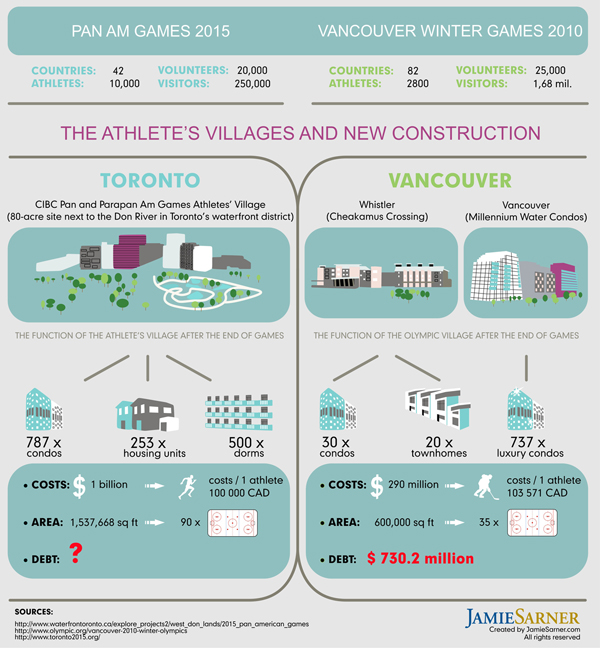 Embed the infographic on your site:

One thought on “2015 Pan Am Games – Changes to Toronto [INFOGRAPHIC]”