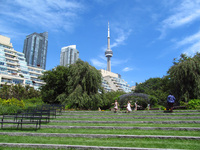 Perched on Toronto’s waterfront, at the bottom of Spadina Avenue, is a garden that was grown from the music of Johann Sebastian Bach. The Toronto Music Garden is two and a half acres of trees, flowers, and paths that curl like bass clef signs between the lake and Queens Quay Boulevard. The idea behind the park sprang from the mind of world-renowned cellist Yo-Yo Ma, who toyed with the idea of interpreting a cello suite as an outdoor space. Ma recruited landscape designer Julie Moir Messervy, who envisioned a garden with six distinct sections; one for each of the movements in Bach’s Suite No. 1 in G Major for unaccompanied cello. For a description of each section, see Music Garden website. 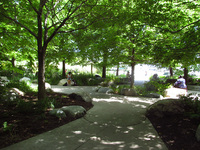 Originally, Ma and Messervy planned the garden for the city of Boston, but repeated complications caused the pair to relocate their ambitions to Toronto. Funding for the project came both from the city, and from several private donors (including Ma himself, who donated his 1999 Glenn Gould Prize of $50,000). Along with plants, trees, shrubs and rocks, the Music Garden features a decorative maypole in one section, and a small ‘Music Pavilion’ to house performances in another. The garden officially opened on June 10, 1999, and is freely accessible to the public all year long. Free concerts and other performances are held in the Music Garden on a weekly basis from July through to September. 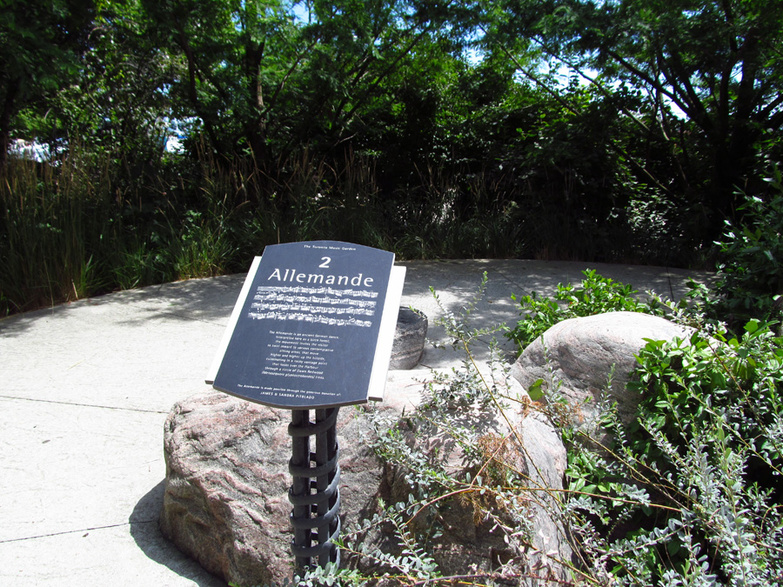 Each section tells you which movement of the Cello Suite it corresponds to. 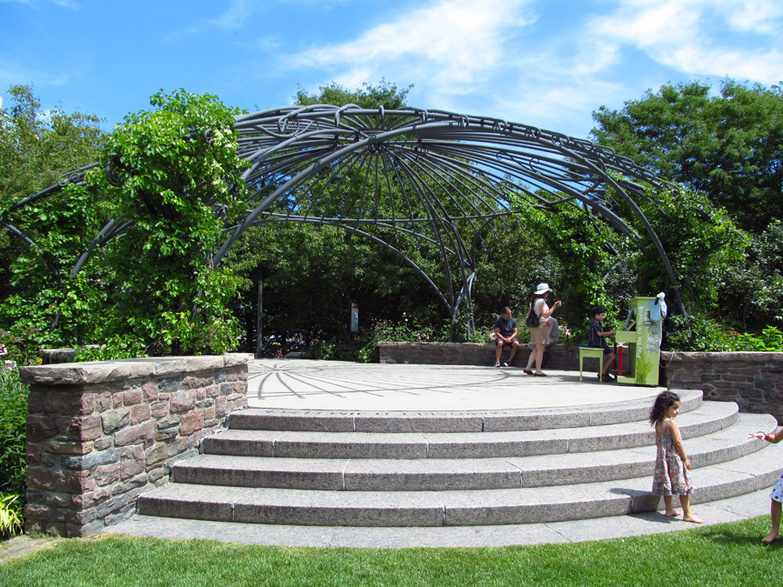 The Menuett movement is interpreted as an open gazebo for public performances. 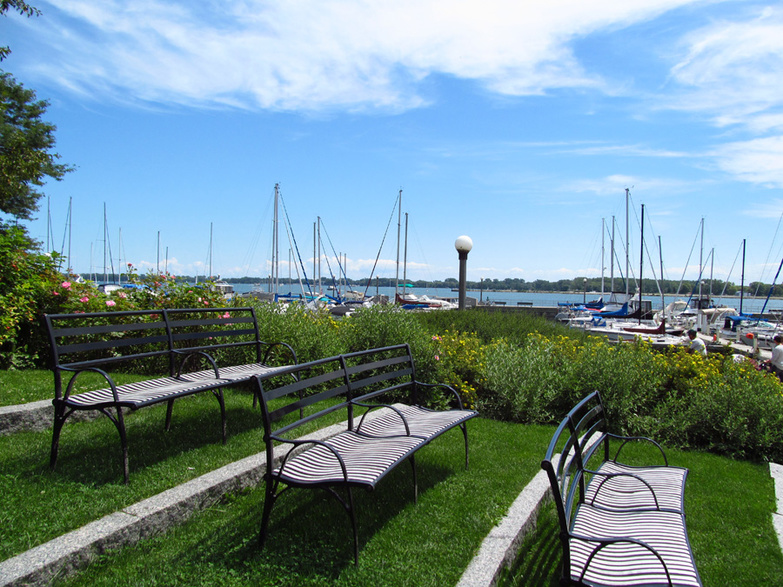 Benches on the Gigue section steps close to harbor almost touching the lake. 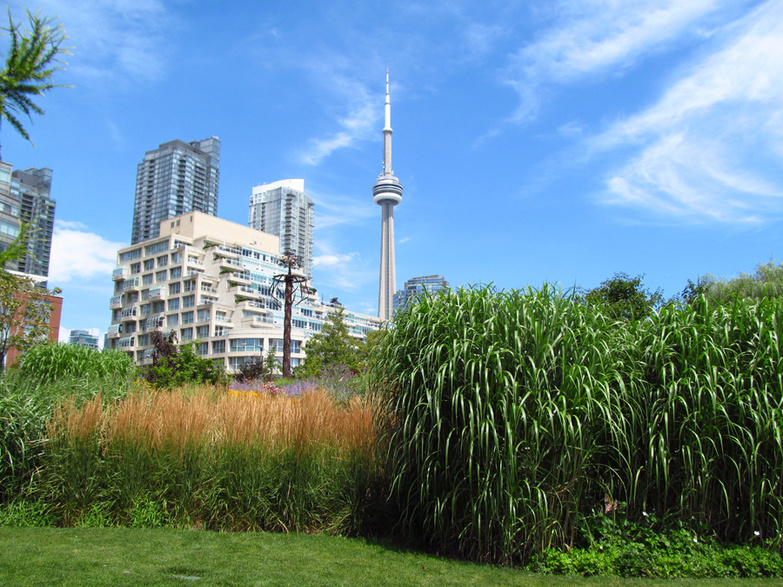 The decorated metal post is the maypole in the Courante section.

All photos illustrating this section were shot by Jessica Nelson.