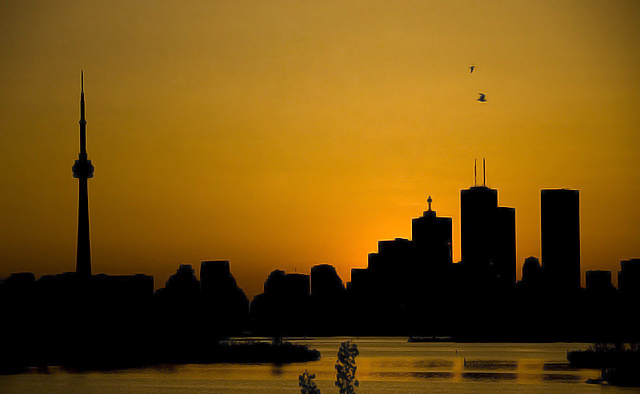 Buildings of Toronto by Bitpicture

The buildings where we live, sleep, eat, and raise our children significantly affect the way we live. Just think about the amount of time you spend in your home and try to imagine the importance of that building. It’s not just a structure that provides you shelter; it creates an environment where you and your family share your lives. A suitably designed building can improve people’s moods, change their behaviour, and encourage interaction. Designing such building is an intricate and complex task that requires lots of hard work, creativity, talent, and knowledge. However, the outcomes of the best architects are masterpieces that provide us with comfortable and happy lives. Here is a list of some of the most beautiful award-winning residential properties in Canada. 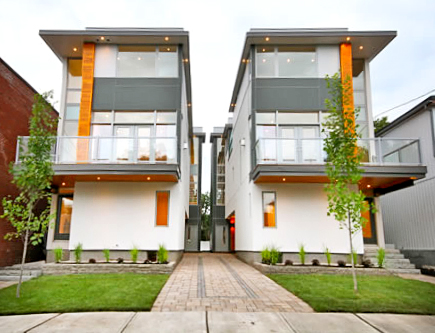 The main aim of this project was to create a four-unit development that would fulfill the needs of the modern urban family. The designers did a great job coping with important issues such as safety, on-site parking, and amenity space and at the same time were able to reflect neighbourhood building patterns. There are two back-to-back units on each lot with a driveway between the two front houses that leads to four parking spaces between the front and rear houses, providing an elegant solution to the city’s ban of front garages in this area. The cars are hidden out of sight without any expensive underground garages.

This project is a perfect example of how the creative use of the right design strategies combined with style and aesthetics is able to solve important issues and at the same time create a perfectly balanced, elegant residential building. 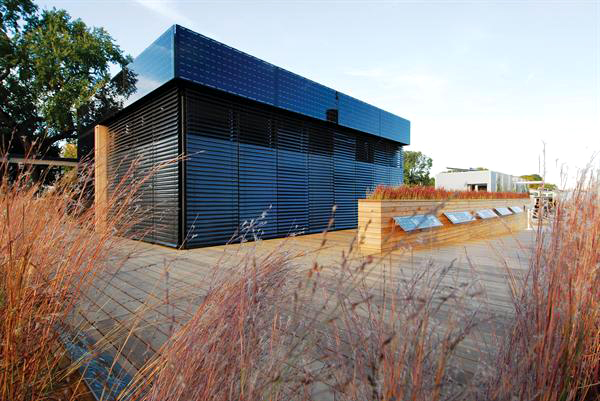 North House is a prototype, prefabricated, solar-powered home designed and built for the 2009 U.S. Department of Energy’s Solar Decathlon. This 800-square-foot, tailor-made house advances technologies of responsive envelope design through the pairing of hybrid integrated active and passive envelope systems with interactive controls. The combination of a responsive louver and building-integrated solar-panel skin with a savvy interior substantially contributes to overall building performance. North House delivers a net energy-producing dwelling granting new relationships between residents, their surroundings, and building systems. Energy usage is minimized wherever possible. The innovative interior design features elements such as a custom cellular ceiling composed of 4,500 individual cones made from window-shade material helping to absorb reflected sound and direct light from the perimeter further into the core of the space. However, the most admired aspect of North House is its combination of progressive, functional features with elegance and style. 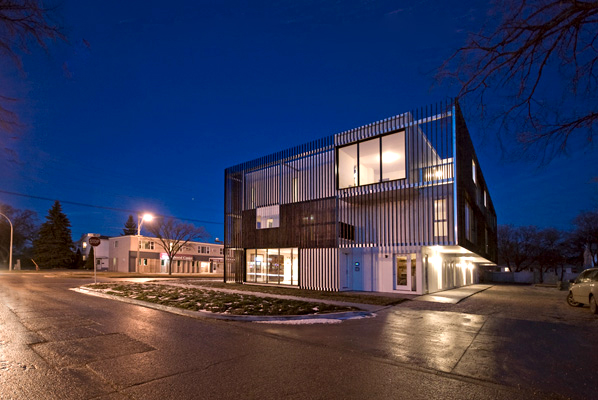 The three-storey condo called Bloc_10 is an innovative variation of a common walkup apartment building. The building is a three-dimensional puzzle of exceptional complexity that looks like an irregular stack of boxes made of glass, black-stained wood, and creamy cement-board panels. The trick is that all of the ten units differ in size, shape, and configuration, producing some interesting statistics. Each unit consists of at least two levels with windows on the north and south sides and eight units include an east or west exposure as well. The layouts of individual units are more than extraordinary; however, they provide all homes with a lot of light and space. There’s a central spine of nested staircases running east/west through the building, connecting the different levels of each apartment. Even though this complex design creates an unusual impression, it was erected using standard building materials and techniques. 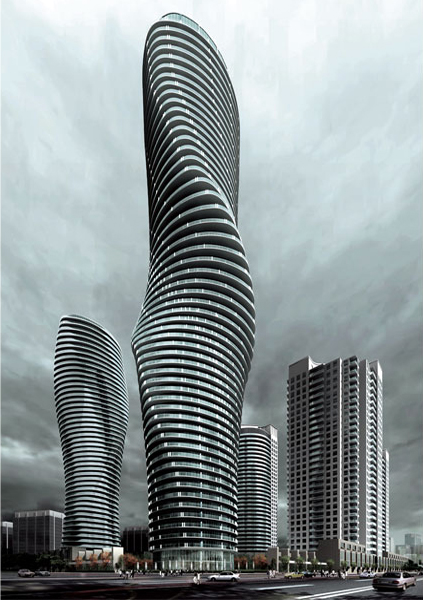 Absolute World is a residential condominium twin tower skyscraper complex that serves as a gateway to the city of Mississauga beyond. The façades of these curvaceous towers contain a continuous balcony wrapping the entire 56-storey building. The towers, also known as the “Marilyn Monroe,“ were awarded the prize of Best Tall Buildings in the Americas for 2012. The rolling shape is the design of young Beijing-based architect, Ma Yansong, and his company, MAD Architects, which won an international design competition and was awarded the project in 2006. The first three towers (Absolute City Centre 1 & 2 and Absolute Vision) are completed while the last two (Absolute World 4 & 5) were topped off at 50 and 56 storeys. The imposing towers are endowed with undulating curves catching the eyes of everyone passing by. The condominium towers are built by Fernbrook Homes and Cityzen Development Group. President of Fernbrook Homes, Danny Salvatore, commented on the new structures:

“They are Yansong Ma’s version of Yin and Yang. While the first tower captures the feminine, the second tower will be its counterpart, still romantic in its silhouette but more rugged and perhaps more robust.“ 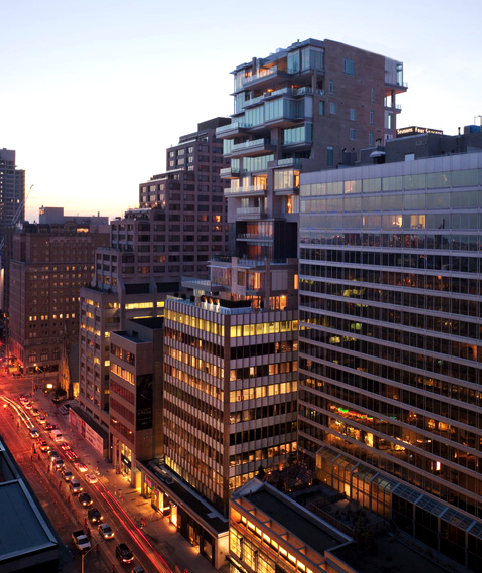 One of the most prominent addresses just in the heart of Toronto is located in this integrated mixed-use project that features below-grade parking, high street-grade retail including Gucci, Hermes, and LuluLemon, ten floors of premium office space, and ten floors of fifteen premium condominium residences. The existing building required major structural work to update, reinforce, and strengthen it so that it could carry the weight of the 1,400 tons of steel used in this structure. The renovations included carving up floors 11 and 12 and then, without causing any substantial harm to the existing penthouse above, adding seven floors of luxurious residences, ensuring that minimal noise and vibration would be transmitted to the new suites. The offices and retail below didn’t have to stop their ongoing operations while the renovations and additions were going on. According to Brian Curtner, founding principal of Quadrangle Architects Limited, “It was like performing open heart surgery while the patient is awake.“ However, the outcome of this operation is stunning and it was also recognized by the Royal Architectural Institute of Canada, which awarded this project with the Award of Excellence for Innovation in Architecture. 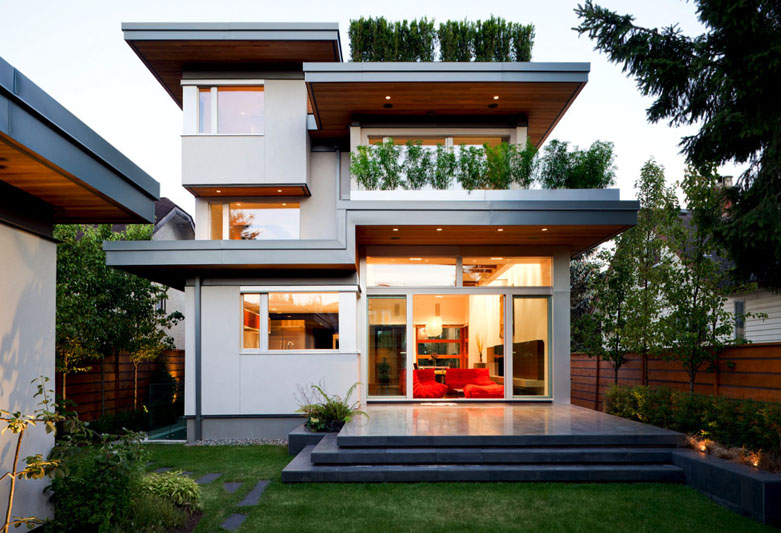 This single-family residence located in the Dunbar neighbourhood of Vancouver designed by Frits de Vries integrates efficient environmental consciousness and modern architectural aesthetic. The home was designed to meet the requirements of a young, growing family that needs a bright, colourful, and modern living space that is in balance with the environment around it. The Kerchum Residence includes two sections connected by a central staircase that separates the place into two areas. One of them is designated for entertainment and the other one for privacy. The lower section features an open roof deck with a nice view of the neighbourhood around it. Overall, the house provides large integrated indoor and outdoor entertaining spaces without disturbing the domestic privacy of the young family. The home has received LEED® Platinum for Homes Certification with its energy consumption, finishes, and landscape design. It’s a perfect example of progressive architecture resulting in a well-integrated and inviting house that’s easy to maintain and at the same time keeps a low energy and carbon footprint. 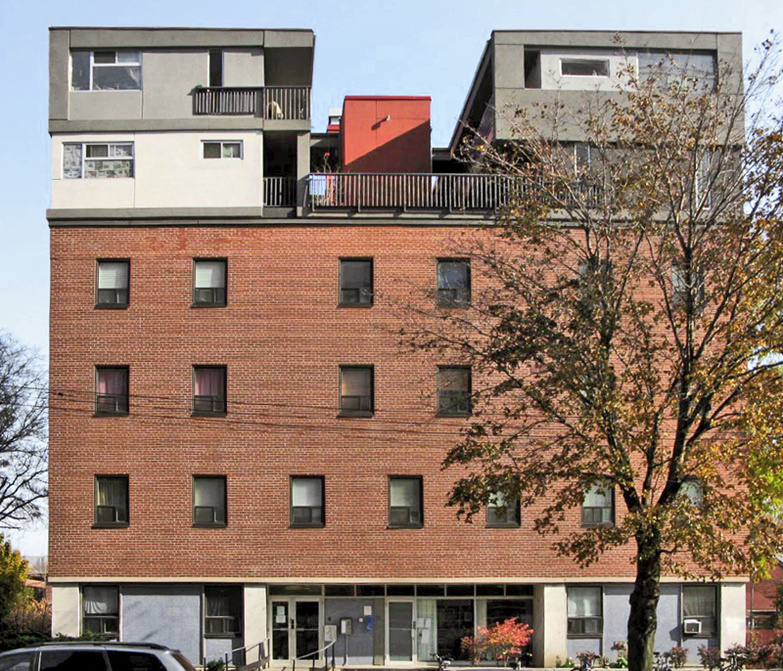 The Leonard Avenue project represents two storeys of pre-fabricated units that were hoisted on top of an existing residential building. The construction was designed so that it wouldn’t bother the existing tenants who remained in the building during construction. All 26 of the new 220-square-foot units are based on an Airstream trailer and are arranged around central exterior courtyard gardens. The existing elevator core as well as the existing stairs were extended to the new floors and each apartment is accessed from covered exterior walkways. This project provides a smart solution to urban problems with the scarcity of developable land. Furthermore, it allows for the delivery of top-quality living space with minimal cost, integrating space-efficient technologies as well as including sustainable design features such as roof installations. Rooftop intensification has a lot of potential, offering lots of new alternative options to the construction industry.

Dockside Green is an environmentally friendly waterfront community including a total of 1.3 million square feet of residential, office, retail, and industrial space in the heart of Victoria, British Columbia. As the first Platinum-certified community in the world, it has broadened the sustainable building philosophy and practices from one building at a time to a wider level. It features four detached buildings built over a common underground parking structure, including a nine-storey residential tower with a few commercial units on the ground floor and a four-storey residential building. The whole project is built on the principles of smart growth, green building, and sustainable community design in balance with nature. The sustainable elements used here include an integrated energy system that ensures that the development will be greenhouse gas neutral, onsite wastewater treatment that should save more than 70,000 gallons of water annually, rooftop gardens, a car co-op with Smart Cars, and heat recovery ventilations units. The community fulfills a three-part philosophy of environmental, social, and economic responsibility.