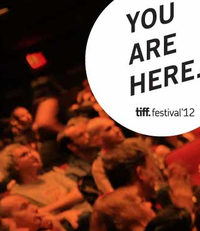 It is that time of year again. Tiff, the largest film festival in Toronto once again took over the city. Thursday, September 6, 2012, marked the first day of this ten-day event. Whether you are a true film geek or a celebrity-autograph hunter, a wannabe filmmaker of you just want to feel the atmosphere of a world-class event, Toronto International Film Festival is a place to be. Be one of more than 250,000 people who make their way to Toronto each year to take part in the festivities and enjoy all the excitement.

What Films to Look Forward to?

Some of this year's much-anticipated world premieres include Rian Johnson's sci-fi film Looper with tremendous performances form Bruce Willis and Joseph Gordon-Levitt; Ben Affleck's thriller Argo; Terrence Malick's To The Wonder; Derek Cianfrance's The Place Beyond The Pines with Ryan Gosling and co-staring Bradley Cooper; Juan Antonio Bayona's 2004 tsunami inspired film The Impossible with Ewan McGregor and Naomi Watts; Paul Thomas Anderson's The Master or Andy Wachowski's Cloud Atlas with Tom Hanks. These are the festival's hottest movies with the greatest potential to win an Oscar later this year, however, there is a lot more to see. The competition's complete line-up consists of 372 films representing record-breaking 72 countries.

First tickets went on sale on September 2, but there is still a chance to grab some tickets for screenings. For more information visit tiff's website.

The list of celebrities coming to the festival is literally endless. From Canadian actors and actresses to Hollywood A-listers, you are more than likely to spot at least some of them. Ryan Gosling, Emma Watson, Joseph Gordon-Levitt, Jennifer Lawrence, Kristen Stewart or Bruce Willis are among the biggest stars so be sure to keep your eyes wide open when walking along the streets of Toronto. For true celebrity fanatics, here is a bit of advice: The top stars can usually be spotted in the trendiest areas of the city such as King West, Yorkville or Queen West. When it comes to hotels, Thompson Toronto, The Hazelton Hotel or Soho Met are top picks as these places have already hosted celebrities such as Bono, James Franco, Marion Cotillard or Paul Haggis.

Films are the festival's major attraction, but the official program has a lot more to offer. Every day is filled with interesting panel discussions with both experienced and aspiring producers, screenwriters and directors. Here you can learn more about the film making process than anywhere else. And, of course, a plethora of great parties will keep you busy in case you're a night-life person!