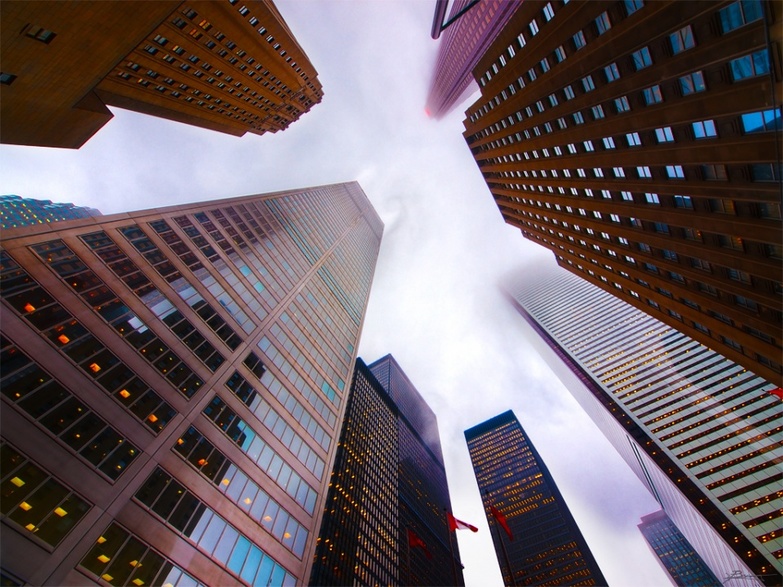 The endless Downtown Toronto skyscrapers in the clouds

We are introducing a brand new series of Photo Essays! Have a look at amazing Photo Sets all shot by local photographers. Explore the vibe of the city, its hidden treasures, meet the Torontonians! This time, let's have a look at Toronto through the lens of Paul Bica! Go on a tour of some of Toronto's most famous landmarks. 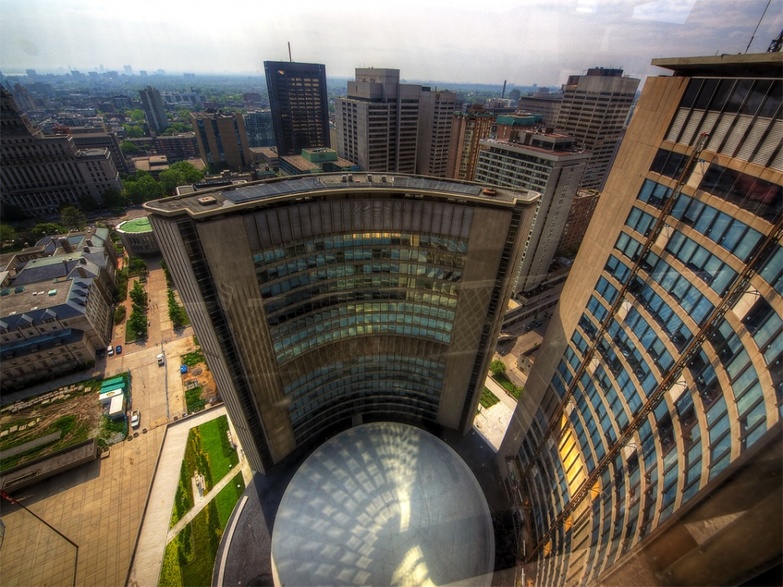 Toronto City Hall - looking down from the top offices is just stunning!

The “New” City Hall opened its doors in 1965 and is Toronto’s fourth city hall, replacing the smaller one from 1899. Located at Nathan Phillips Square (on the former grounds of the Old Chinatown) the building’s uniquely curved twin towers were designed by Finnish architect Viljo Revell. The white, disk-shaped part is the council chamber, where so many important decisions are made. Did you know that City Hall is also called “The Eye of the Government” by locals because of the shape of the chamber when seen from the air? A true Hollywood star, your eyes were not playing tricks on you when you spotted City Hall in many blockbusters such as Resident Evil: Apocalypse, The Tuxedo, Red, and the TV series Flashpoint. 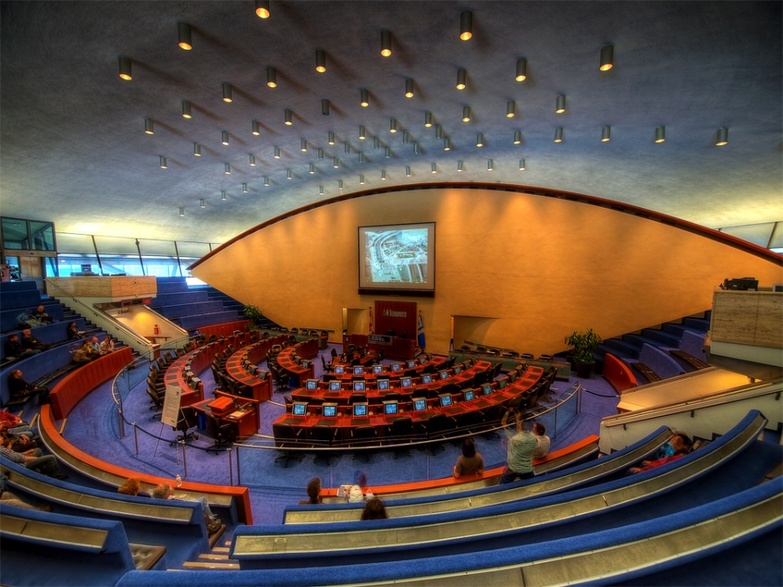 A little peek inside!

The BMO Field located at 170 Princes' Boulevard is the fifth stadium to be located at its exact location at Exhibition Place. It is home to Canada’s National soccer team, as well as Toronto FC, Canada’s first Major League Soccer team. On April 28, 2007 it opened its doors to the public for the first time.The BMO Field has a capacity of 21,859 (soccer) or 28,000 (concerts). It was constructed at a cost of 62.9 million, but more that a million fans who have visited the stadium since 2007 make it a a worthwhile investment. 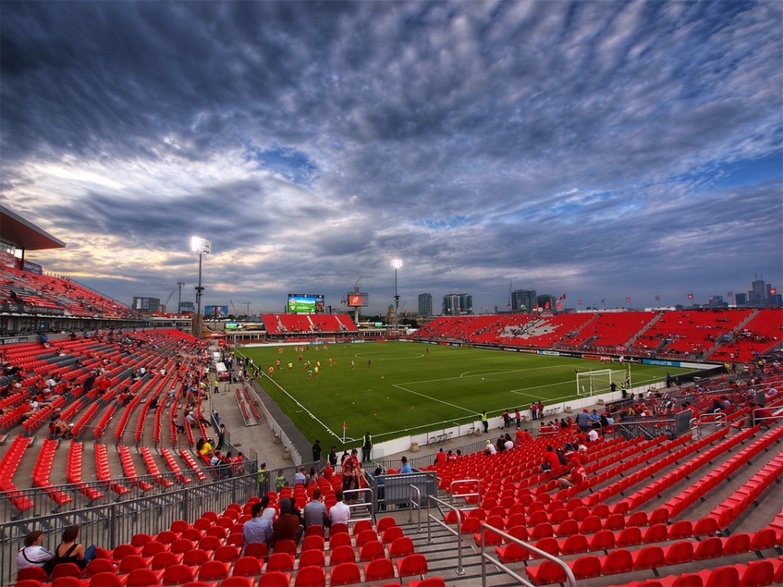 The BMO Field under a dramatic sky 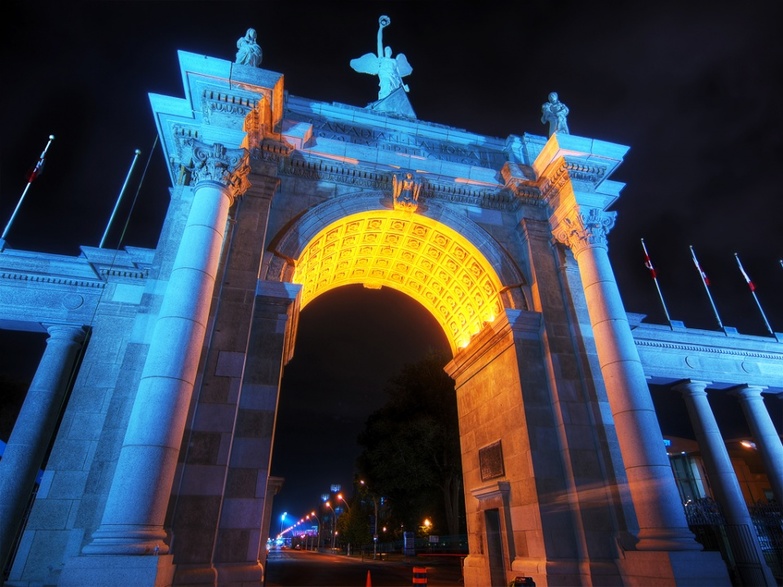 The Princes' Gate is named after Princes Edward and Albert, and was built to celebrate Canada's 60th anniversary of Confederation, opened in 1927. The statue at the top of the arch is the Goddess of Winged Victory which holds a single maple leaf in her hand.

If you’re a fan of classical music, you mustn’t leave Toronto without visiting this beautiful concert hall located at 60 Simcoe Street. Home to the Toronto Symphony Orchestra, this architectural masterpiece opened in 1982 and was heavily renovated in 2002, when the concert hall received a large donation of $4.5 million by the Roy Thompson family. With a capacity of 2,630 seats and an impressive pipe organ, you can be sure that the concert experience is of the highest quality! 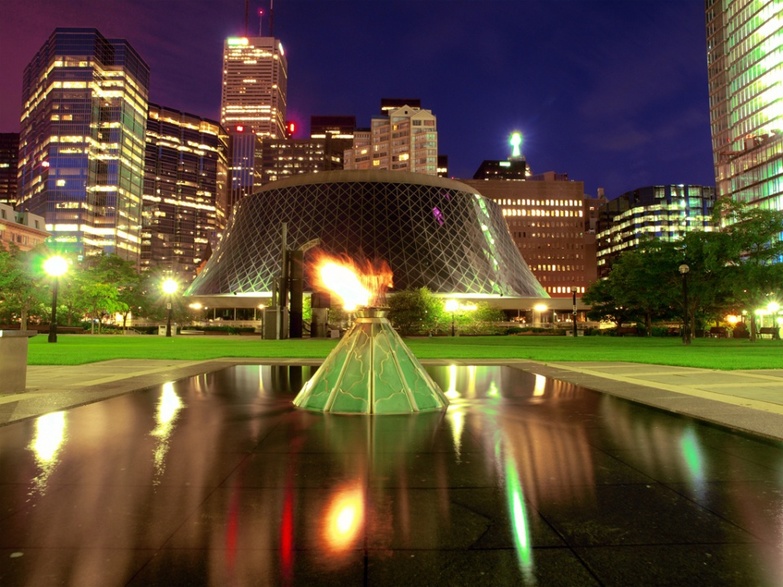 Roy Thompson Hall lights up in the night

When somebody talks about the “Marilyn Monroe Condo,” they are referring to one of the Absolute Towers in Mississauga. These two oddly shaped residential skyscrapers rising to the heights of 179.5 and 161.2 metres belong to the Absolute City Centre development that has sprung up between 2010 and 2012. The condo got its nickname after the organic shape resembling a woman’s figure. 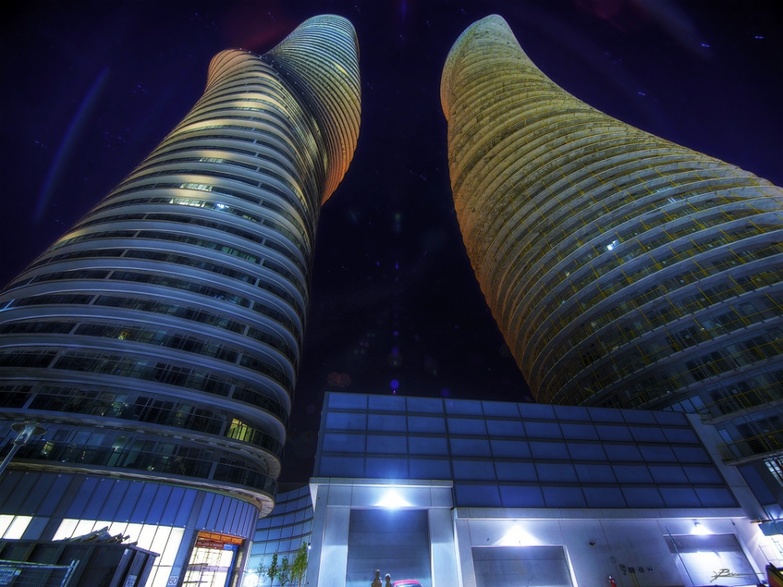 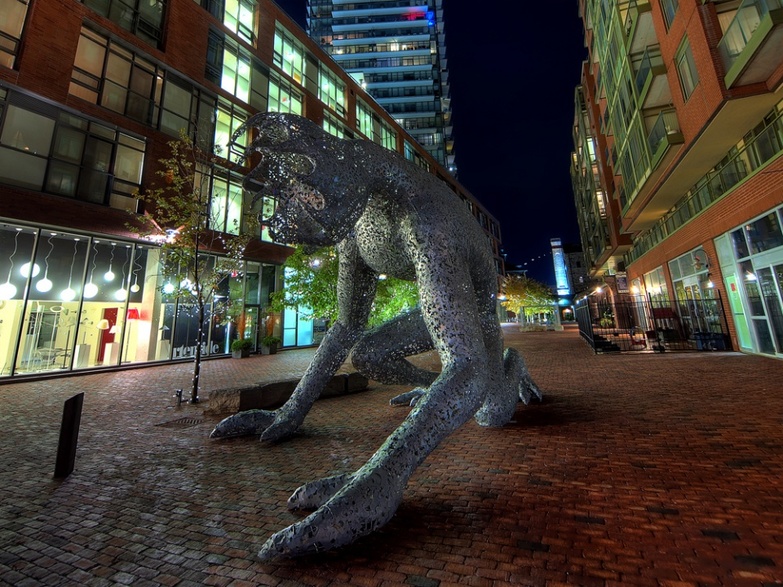 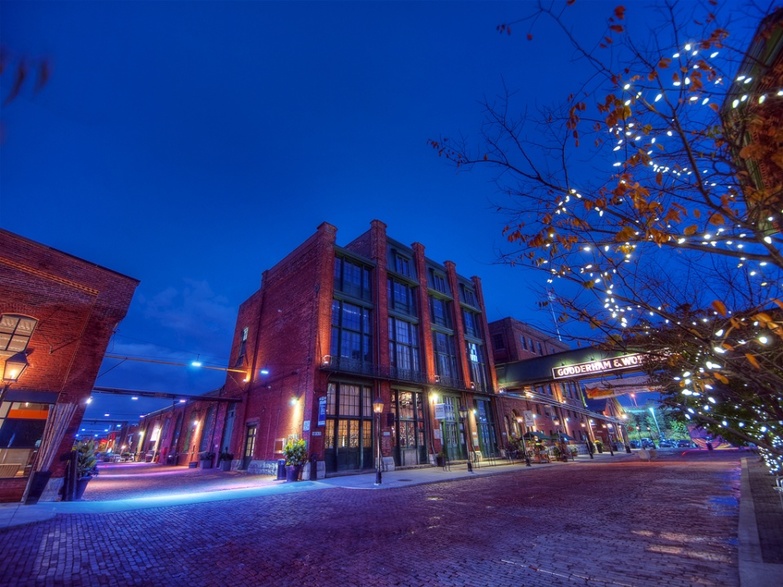 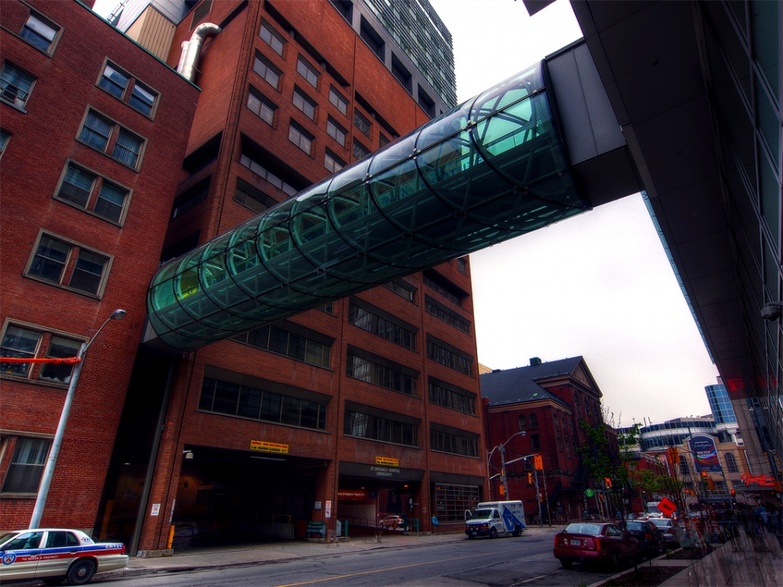 International Centre for Healthcare Education and its signature glass bridge 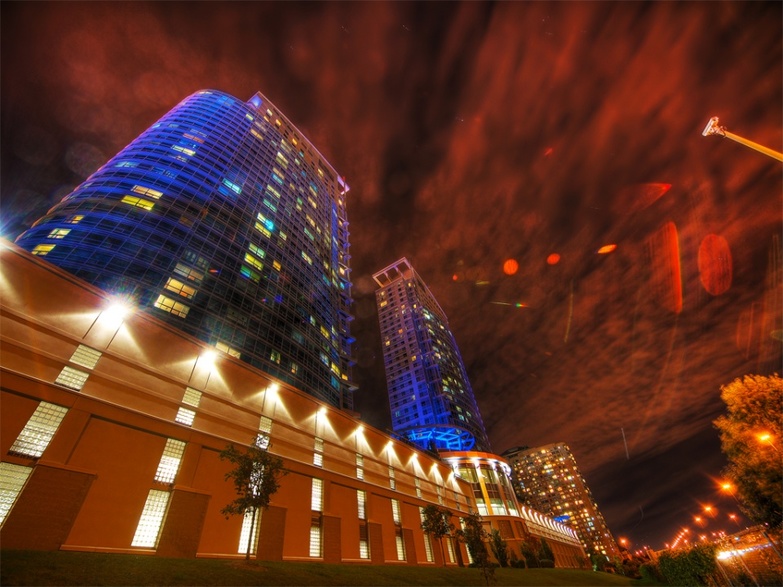 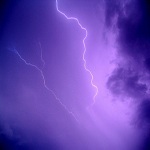 Paul has some extraordinary skills in HDR Photography, creating stunningly sharp and vivid pictures. As he says about his work: "I'm a hobby photographer living in Toronto. I use an Olympus E-5 with 4 lenses from 7mm to 200mm, and always use a tripod. I'm fascinated by architecture and landscapes in unusual light."