Do you enjoy quality wine, and are you bold enough to try new and unusual things? Well, then you might want to learn a bit more about the Canadian tomato wine called Omerto. The very first tomato aperitif wine, it was introduced to Canadian wine lovers by Pascal Miche, a former pork butcher whose family kept the recipe secret for four generations.

Pascal immigrated to Quebec from Belgium about seven years ago and decided to renew his family tradition. He soon started to carry out his plans of commercializing his great grandfather?s recipe, in whose honour he has chosen the name Omerto for his new product.

We spoke with Pascal?s partner, John Frechette, who explained to us what exactly Omerto wine is. The process of making this unique beverage is basically the same as the process of distilling regular wine; however, it needs additional yeast to do the fermentation as well as a bit of sugar, which brings the alcohol content to 18 percent. As John explains,

There are two reasons why we bring it so high. One is with it, our product can be stored or kept twenty, forty years without any problem. It gets better with age. And the other fact is that our product is certified organic, which is good for the health. And we don?t have to add any sulphates to the product, so at the end of the day, when you drink it, you don?t have a headache at the end of your drinking whatsoever. 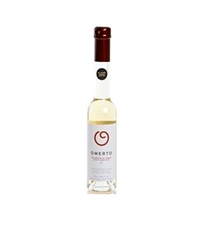 Of course, if you abuse it, you might have a hangover, but since there are no sulphates, you don?t have to be afraid of waking up with an annoying headache after a few glasses. Omerto products are not like table wines meant to be drunk during meals. They make two kinds of Omerto wine: Omerto Sec and Omerto Moelleux. The first is a sec, more suitable before the first course, and the second (which is a bit stronger and sweeter) is recommended to be served after supper. Omerto Sec goes very well with sushi, smoked salmon, clam, oysters, or raw fish. It has a little note reminiscent of Japanese sake because the seeds within the tomato create a green alcohol effect during fermentation. On the other hand the stronger version, Omerto Moelleux, which has a similar taste to white Porto, is great with strong cheese such as goat cheese or blue cheese and chocolate desserts. Moreover, John says that it?s very good for cooking meat ? especially rabbit. 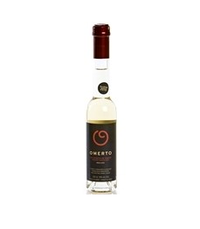 The wine is made of tomatoes from Pascal?s ?vineyard? located in Charlevoix, 400 kilometres northeast of Montreal in the charming north shore region of the Saint Lawrence river. He selects his tomatoes with utmost care. It?s important to take good care of the plants for the whole year before harvest in August. The tomatoes afterwards undergo the traditional winemaking process of crushing, soaking, fermenting, and pressing. He tried sixteen varieties of tomatoes on his mission to find those six that grow best in Quebec?s cool climate. However, as John points out, currently they use about fifty different varieties of tomatoes and it?s the blend of tomatoes that defines the wine. He says it?s possible to make a huge variety of tomato wine by changing the type of tomatoes; however, they are currently focusing only on their two products.

Those who think that if you can make wine out of tomatoes you can make wine of any vegetables are completely wrong. The reason is simple: the tomato is not a vegetable; it?s a fruit. That was the most difficult part: to convince authorities that tomato is a fruit. Only after that could Pascal legally call his product ?wine? in North America. As Pascal explains, he had to trace different varieties of tomatoes back to the 15th century to prove this view. However, he won?t be able to call his product wine if he starts exporting to France, where only alcoholic beverages made from fermented grape juices can be called wine. John explains,

It?s only available in Canada for now. The reason why it?s not available in other countries is only because of the border customs, import laws, and also because we have just started. It?s been about a year now since we celebrated our first year of commercializing. 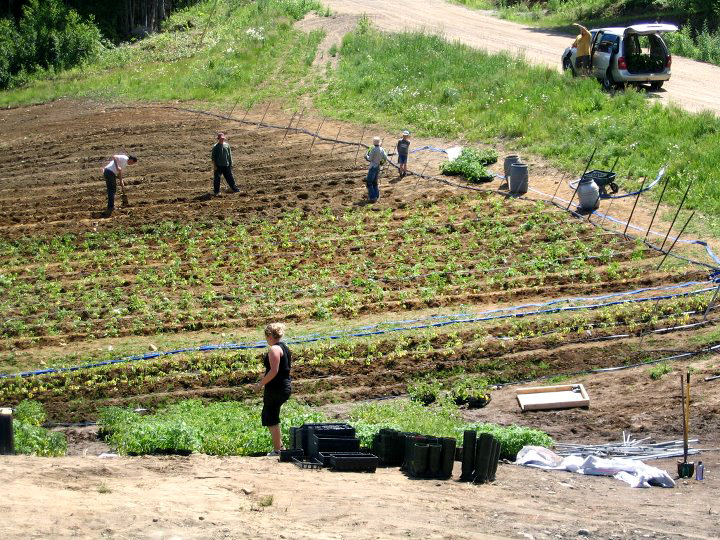 He adds that they haven?t been able yet to find a way to deal with the import laws of countries such as France and the U.S. and ship Omerto wine to these countries.

Naturally, there are many people are reluctant to try tomato wine when you tell them. However, Omerto does not look like tomato juice and you can?t taste a hint the tomatoes. The whole process of transformation from tomatoes into wine takes approximately nine months. The outcome is a clear, white wine with an alcohol content of 18 per cent. The wine has been described by Elen Garon, a sommelier from a chic hotel restaurant La Ferme a Baie-Saint-Paul as having a ?hint of fruit, zesty aspects, familiar in cakes? a bit honey sweet, which could be very good with deserts and spicy food.? Furthermore, Le Sommelier Fou, a blog dedicated to wine, warns that even though Omerto is nice to drink, you should be aware of its strength. They compare Omerto to Fino:

Pale yellow colour. Shy, herbaceous nose. On the mouth feel, this wine behaves like a Fino: nutty, bitterness, salty flavours of toasted bread and grapefruit. Good length. A good supper to drink now, but beware: this tomato wine has 18 per cent alcohol/vol.!

The popularity of Omerto wine is growing and everything indicates that this product could soon rapidly expand into the wine market. While it might take some time for the majority of wine enthusiasts to get used to tomato wines, there are some such as Ghislaine Boyer, a Montreal resident and self-described foodie, who like it because it?s something new and exciting.