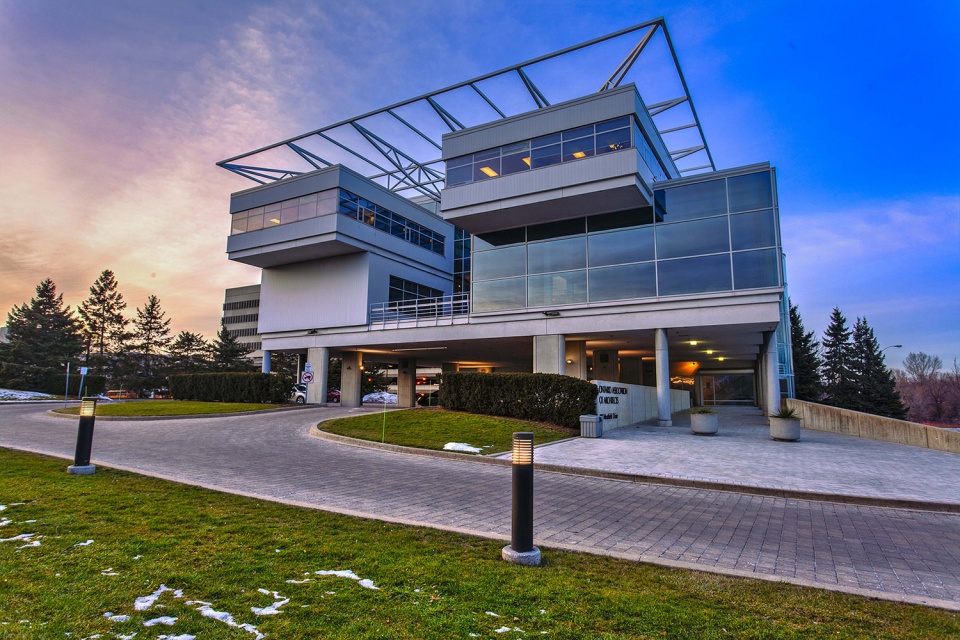 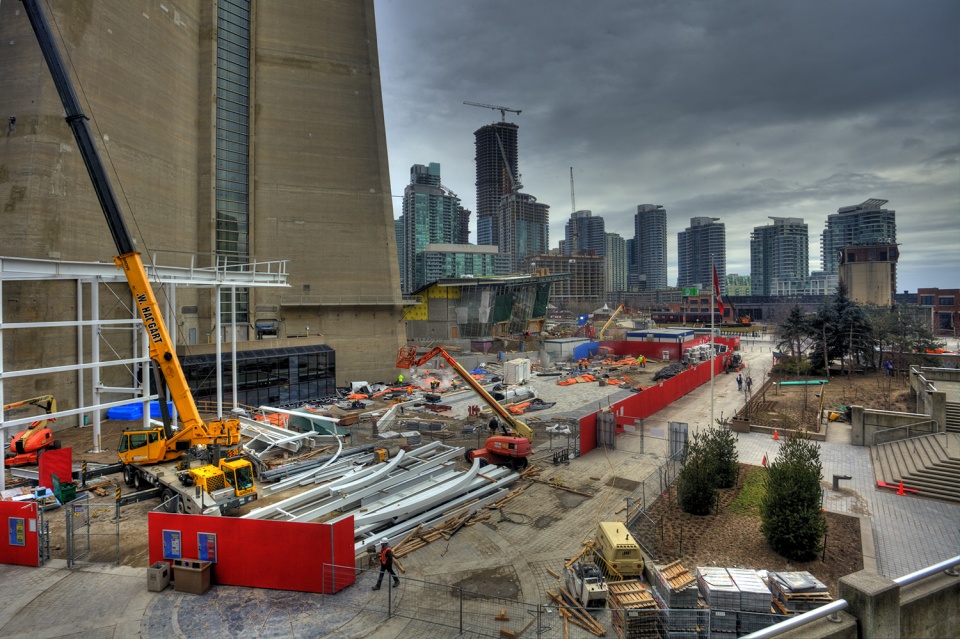 There is a lot of new construction in Toronto going on!

When you visit Toronto, you will notice how much the city architecture reflects its position as the political capital of Ontario and also its status as financial and cultural hub of Canada! Whether it’s the grand survivors of the 19th century such as Campbell House, the industrial landmarks of the Distillery District, or the state-of-the-art modern piece “Crystal” by Daniel Libeskind; somehow the old and the new continue to live next to one other in a fascinating harmony. Toronto can even be called the cradle of two new architectural styles: the residential Annex-style house with its signature eclectic details like turrets or domes, and the Bay and Gable house!

Architecture in Toronto throughout the History

The Colonial style from the 19th century stayed popular in Toronto well into the 1950s, the mansions now belonging to the wealthy neighbourhoods such as Rosedale and the Bridle Path. One of the most precious collections of preserved Victorian architecture in North America can be found in Cabbagetown, attracting many fans from all over the world. The early history of Toronto as an important port was reflected in many huge factories along the harbour, such as the Gooderham and Worts whiskey distillery and Massey Ferguson’s farm equipments. Many of these were later demolished or turned into offices. In the early 1970s, Toronto saw a lot of deindustrialization, which made space for new projects of condominiums. The real “condo boom” started in 1986, and they have been popular ever since.

The largest number of new modern buildings using mostly of glass and metal can be found in the Financial District, where bank headquarters (Scotia Bank, Royal Bank of Canada, CIBC) and large corporations are based. The newest influences of contemporary architecture are embraced by many secondary educational and cultural institutions, which have becoming the city’s landmarks: Ryerson University, the Royal Ontario Museum, and the Art Gallery of Ontario (with the redesign by Toronto-born Frank Gehry) to name just a few.

We have picked some examples of new and breathtaking buildings that are growing in the city and changing its face! 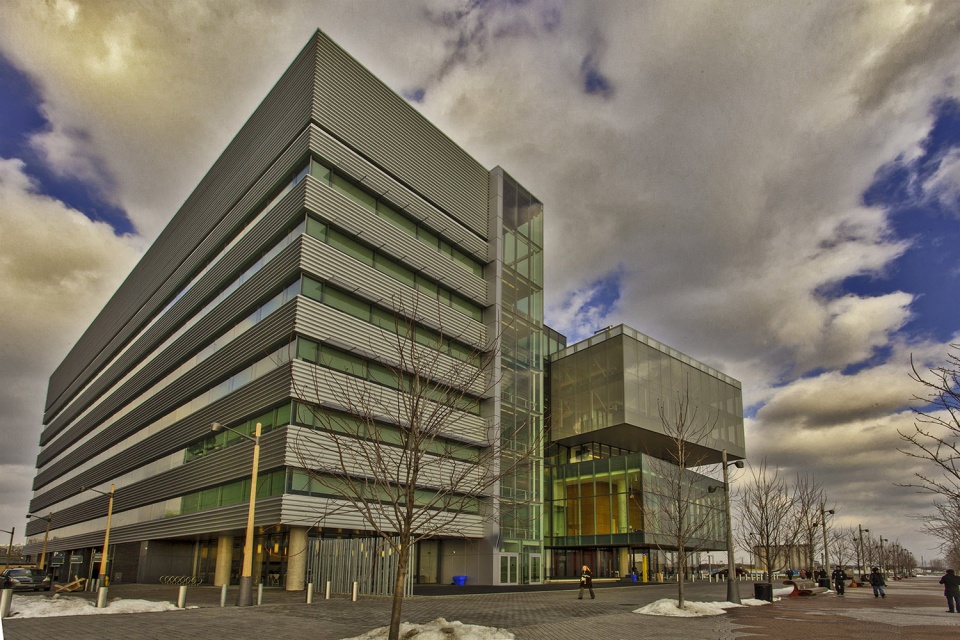 The public institution for studying applied arts and technology has three campuses located across Toronto and currently has a portfolio of more than 1,600 courses. This particular construction was finished in 2011 and designed with the goal of meeting the requirements of the LEED Gold Certification. It consists of health and sciences classrooms, shops, and an underground parking space. 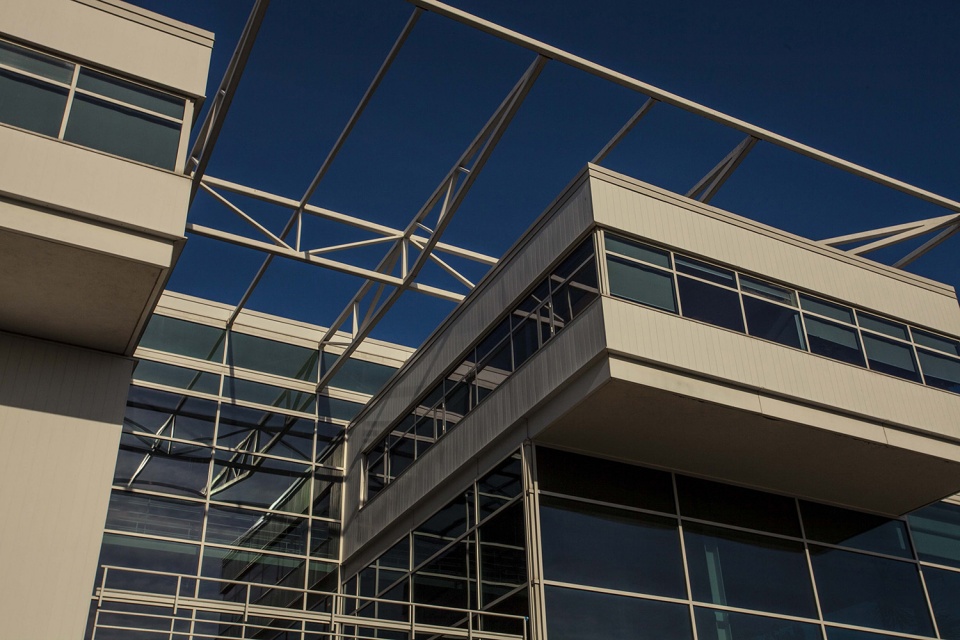 The organization governed by the Architects Act promotes and increases the skills and knowledge of its members (today more than 3,300 registered architects from studios all over Ontario). The beautiful two-storey glass building opened its doors in 1992. The offices and meeting rooms enjoy the advantage of much natural light that comes in through the glass façade. You really wouldn’t expect less architectural excellence in their main headquarters! If you would like to have a look inside yourself, check out the annual Doors Open Toronto festival, because the association often takes part! 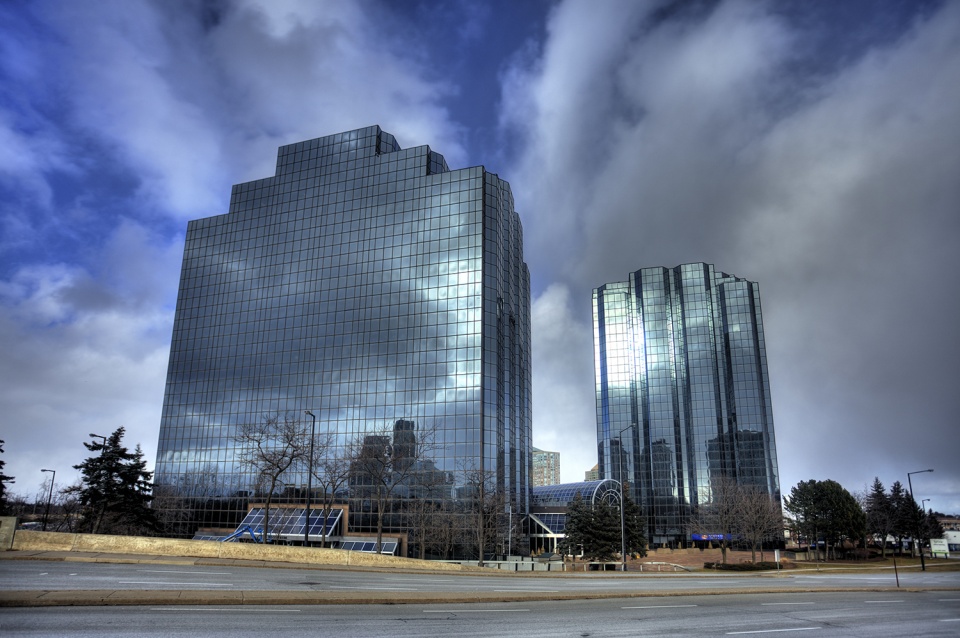 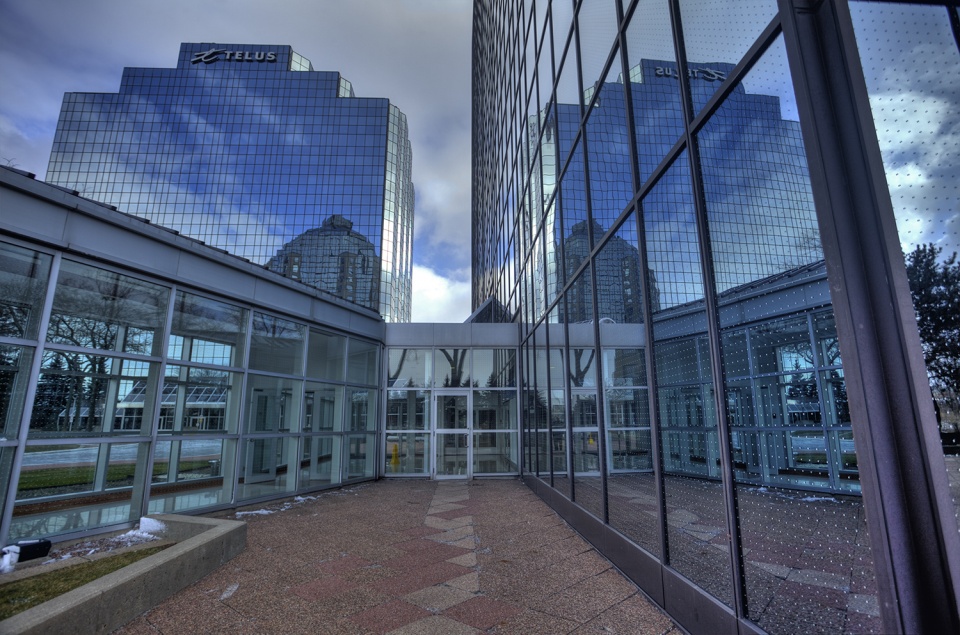 As a recent trend in urban architecture, hundreds of offices are now concentrated in high business towers. Consilium Place is one such high-rise office complex located in Scarborough. It is made of three 17- and 18-storey buildings that were opened in the 1980s. The main resident is Telus. 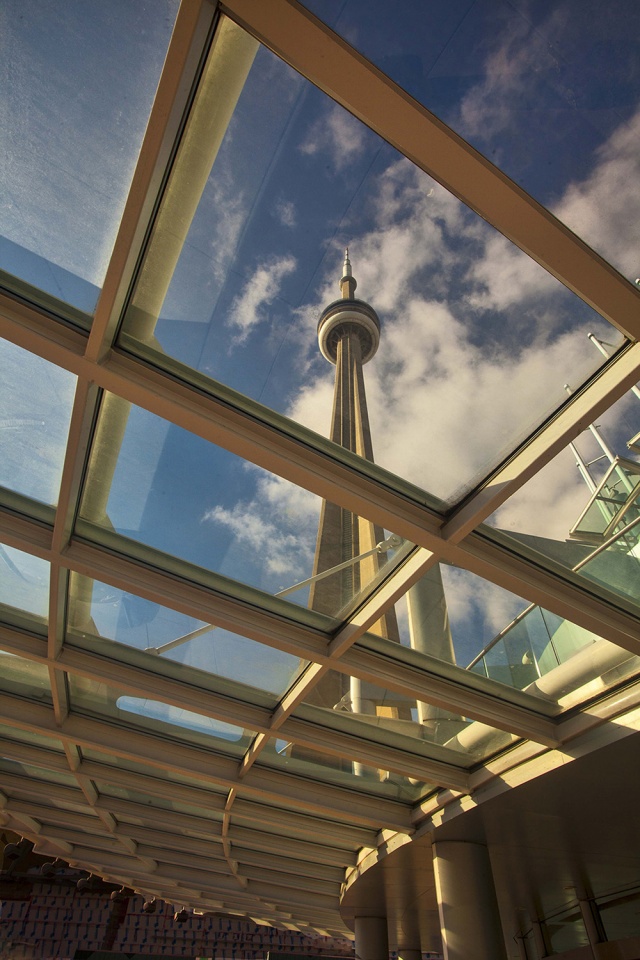 Surely this landmark needs no special introduction, as it defines the city image as strongly as hockey belongs to Canada! The 553.33-metre concrete tower was called “the world’s tallest free-standing structure” after its completion in 1976. If you’ve ever been to Toronto (given that you made it through the long waiting lines of keen tourists), you surely have enjoyed the great view over the Financial District and Lake Ontario; if not, call your visit incomplete! Something for the more adventurous souls: step onto the Glass Floor and look down into the free fall of 342 metres. You can also try the new attraction, EdgeWalk, where you walk around the roof of the main pod of the tower at a height of 356 metres — taking the world’s highest full-circle, hands-free walk. Now that requires some courage! 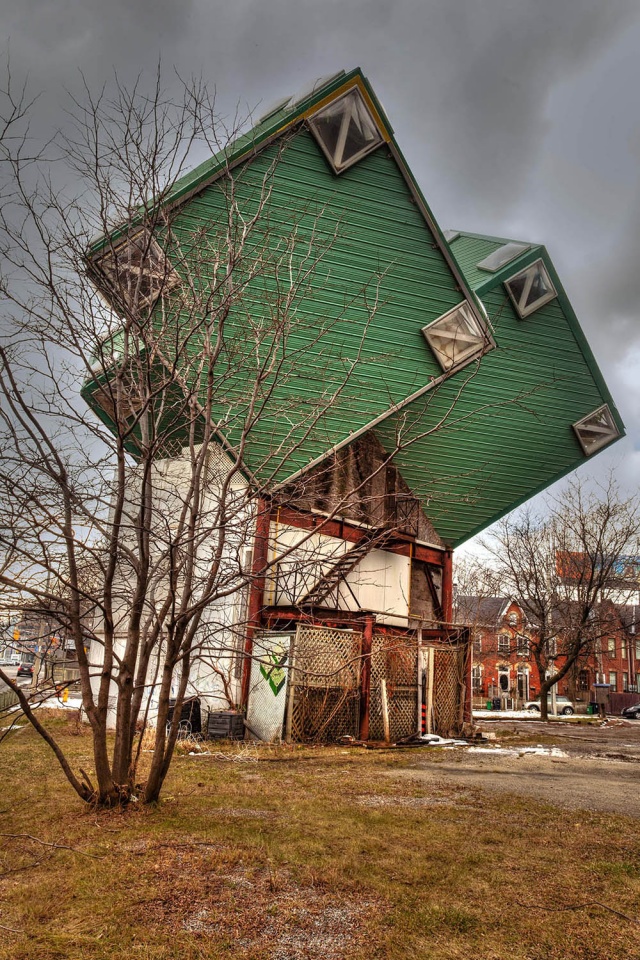 This is a house for which you might have trouble imagining where the owners put their new furniture and if they used ropes to tie it down! This triplex along Eastern Avenue is not the first oddly placed house of its kind. There is a whole cluster of them in Rotterdam and Helmont (in the Netherlands) by Piet Blom, who wanted to design “a village within a city, where each house represents a tree, and all the houses together, a forest.” Believe it or not, the floors of these houses are really level. 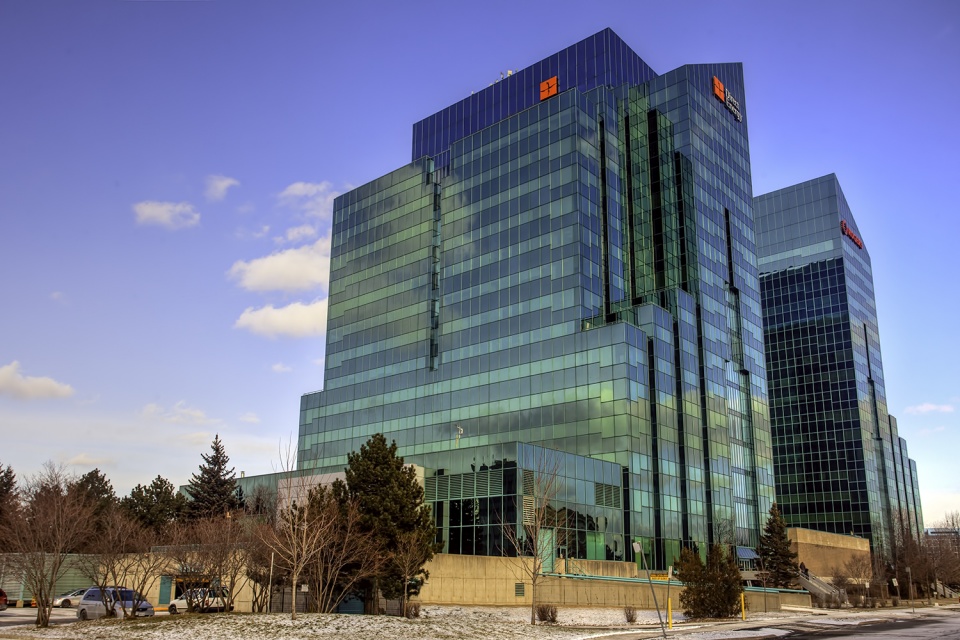 The three Atria towers are another high-rise building complex in the postmodern style full of offices (indeed, there are more than 920,000 square feet of office space). With their 17 floors and 62.77 metres of glass beauty, they provide workspace for much of North York. 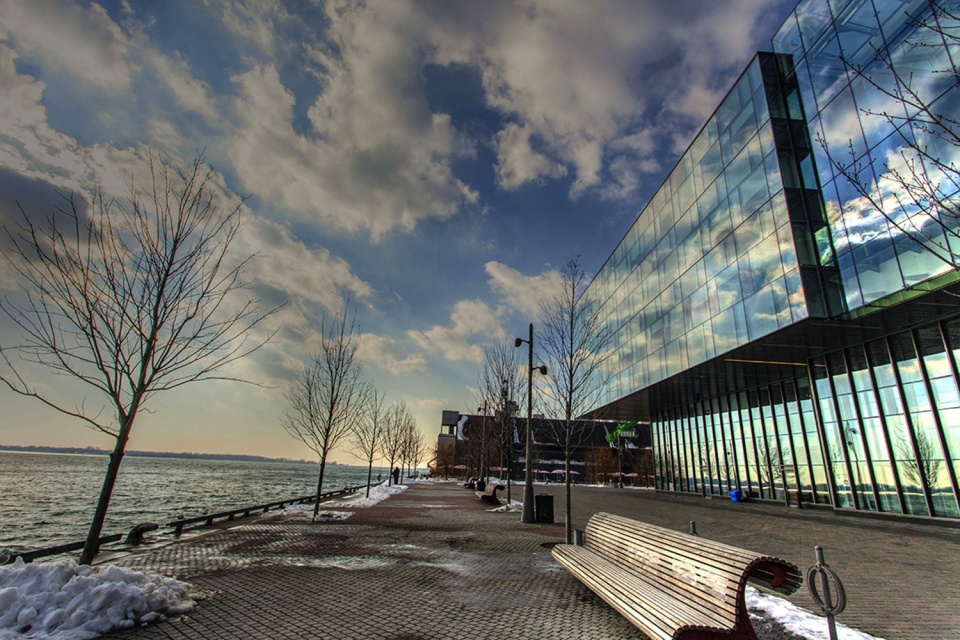 Choosing the exclusive harbour location for its new headquarters, Corus Entertainment, Canada’s leading media and entertainment company, has brought its 11 operations and three Toronto radio stations employing more than 11,000 employees under one roof! The large complex has achieved LEED® Gold certification, which means that it not only looks great but can also be counted among the list of “green buildings” in the city. But not everything is as perfect as it might seem. Since no new residential or educational facilities are allowed near the Redpath Sugar Plant, this new project has been mired in significant controversy since it was approved. 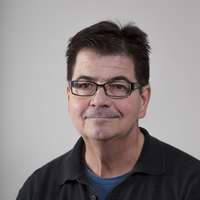 I’m extremely impressed with your writing skills as well as with the layout on your blog. Is this a paid theme or did you modify it yourself? Either way keep up the nice quality writing, it is rare to see a nice blog like this one today.

Dear Jamie Sarner,
I discovered the photos of John Dorosiewicz while doing a search about the OAA Headquarters Building. Great images! Thank you,
Ruth 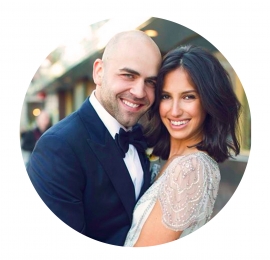