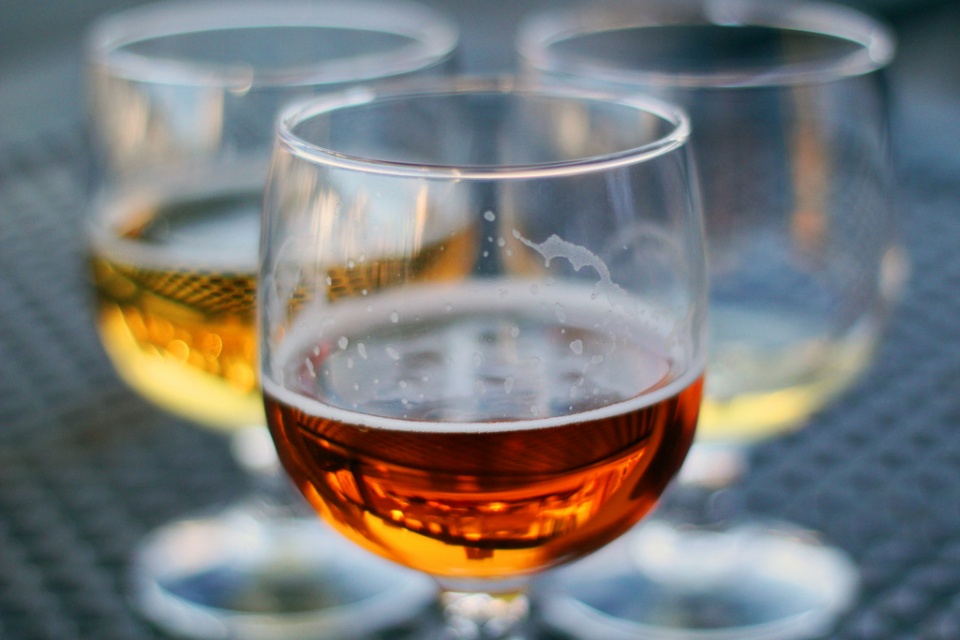 For years, beer has been a beloved beverage across the world. Whether for its taste or ability to quench thirst on a hot summer day, it’s believed to be the most popular drink in the world after water and tea. It wasn’t easy to bring together the best places in Toronto in which to enjoy a beer, but we tried, and here’s the result. If your favourite place isn’t on the list, let us know. We would be happy to hear your opinion! 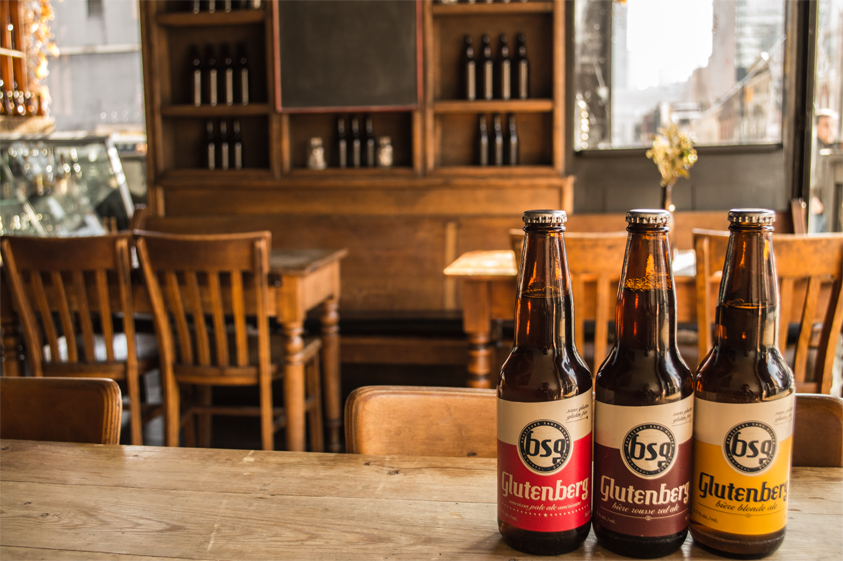 587 Yonge Street has been home to Bar Volo since 1985. It originally started as an Italian restaurant and wine bar, but in 2002 the Morana family started a transformation that led to the creation of one of Toronto’s best beer bars. Even though you can still find a lot of typical Italian meals on the menu, it’s beer that attracts countless guests year after year.

As the French saying goes, “Cherchez la femme” (Look for the woman), and in Bar Volo this was the case. It was Aina, the owner’s wife, who made her husband install the first beer taps. Since then, their focus has shifted from pizza and pasta to satisfying the city’s finest beer-ophiles. The couple started travelling the world to take the best brewmaster courses, and this investment very soon paid off.

Interestingly, the decor hasn’t really changed — but who cares? With 125 different beers in bottles, 13 beers on tap, and their own nano-brewery, what’s not to like? The prices are similar to other upscale pubs; however, if you want a good deal, you should come on Monday, when you can enjoy $5.00 pints. What we liked even more was the ordering flights, where you get three little glasses of beer for the price of one. Do you want to know the difference between and a pilsner and an ale? Just ask the server for a recommendation; all of them have extensive knowledge of their beers. Let us give you a piece of advice: the bar is not large and there are no reservations for tables, so come early. Otherwise you might be disappointed.

The owners of this pub understand how important it is to use social media to promote their business and therefore you can find them on Facebook and Twitter, and what’s more, you can check their rotating selection of taps and casks at taps.barvolo.com. 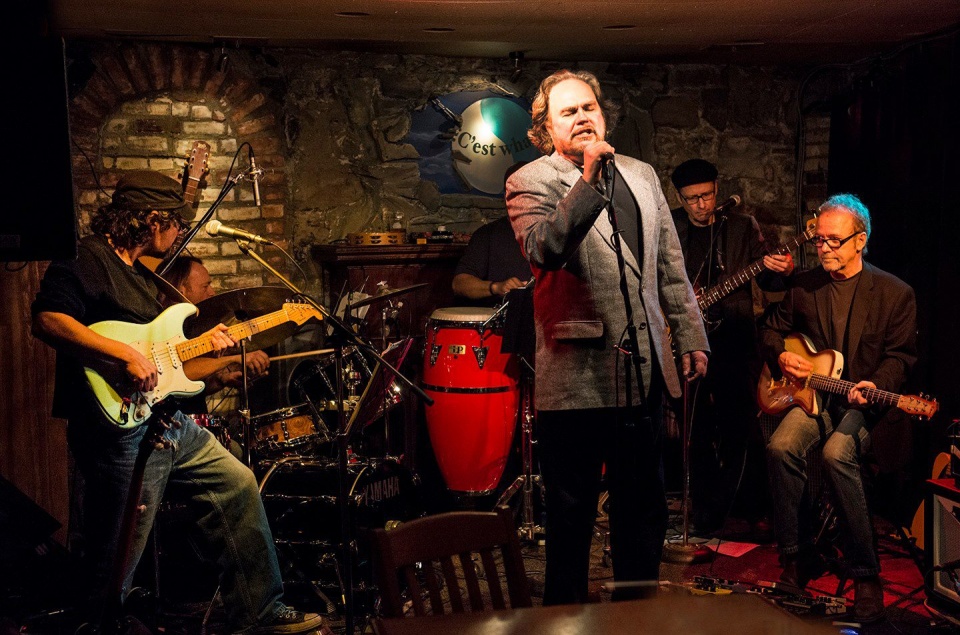 The history of C’est What goes back to February 13, 1988, when George Milbrandt was having an early mid-life crisis. As a result, he decided to open his own pub and gave it an unusual French-English name to emphasize Canada’s multicultural heritage. Its location in the cellar of a historic 19th century building at 67 Front Street East only adds to the atmosphere. Two fireplaces, board games, pool tables, and a TV give it a cozy and welcoming feeling.

The beer list is long, but each of the 39 craft brews carried is Canadian-made, of which 24 brews are regularly available on tap. The basic criteria include freshness (pasteurized beer is not served here), all-natural ingredients, and undiluted, single-batch brewing. For those who prefer liquors or wines, there is a lot to choose from. You can order cask beer, lagers, pilsners, lighter or darker ales, and fruit and wheat beer. Our personal favourite is Stonehammer Light, a finely crafted light lager with a refreshing malt taste for $4.51 (330 millilitres). If you like strong beer, we recommend Railway City Brewing Company’s Deal Elephant Ale, a golden ale with strong, hoppy aroma and a lovely, bittersweet taste for $5.13 (330 millilitres). Their selection of food is decent as well. And a final note: if you suffer from celiac disease, there’s no need to despair. The pub also serves gluten-free beer and offers a number of gluten-free meals, such as the vegetable and chicken roti on rice and a selection of salads.

If you’re heading to C’est What, don’t forget to check their website for their list of regular live concerts. The place is also home to WhatsNextRadio, which focuses on Indie-centric eclectic music. 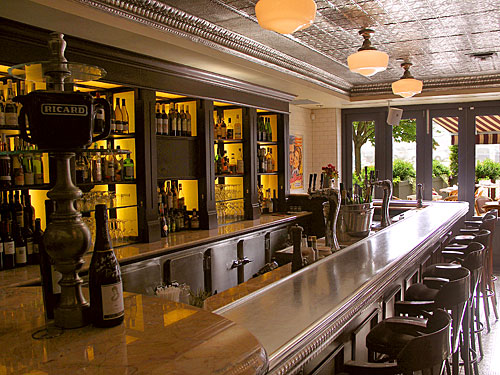 One of modern France’s greatest treasures is its rich cuisine. It doesn’t really matter if you’ve been to France; this bistro will make you feel like you have. Just imagine crunchy ham and cheese quiche, croissants, and a selection of artisanal cheeses. Now imagine knocking back a few delicious pints. If you are a beer aficionado, you most likely know what I’m talking about. The French influence means that the menu includes a wide selection of French foods and the world’s best wines.

In France, bistros and brasseries are traditional places to eat every day. While brasseries are typically bigger, bistros are smaller and more casual, with small tables close to each other (and Le Select Bistro is definitely more a bistro than a brasserie). Sure, the food is delicious; however, it was the liquid diet that brought us here. The majority of draught beers are from Canada, but you can order the French lager Kronenbourg and the Belgian pale ale Affligem Blonde too.

The selection of bottled beers is a bit wider, with a number of beers from Belgium, France, and of course Canada. Prices of draught beers range from $3.75 to $6.75 for 12 ounces, and bottles cost from $5.75 to $25.00. We ordered Michael Duggan’s #09 IPA for $4.50 (12 ounces), with a fruity scent and flavour, and a double-fermented red ale Maudite with a yeasty, nutty, and somewhat spicy taste. If you like sweet beers, give them a try; however, if you don’t, try Chambly Noire instead. 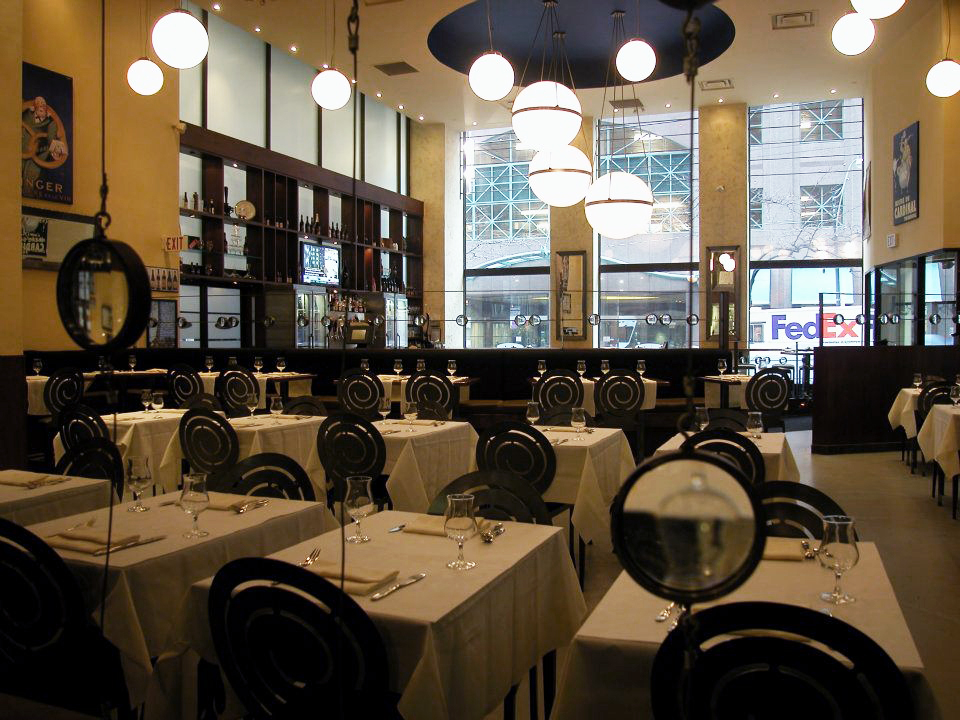 This bank-turned-bistro is the place to go if you’re seeking both decent pub food and more sophisticated meals such as mussel bowls and grilled salmon. This place is usually crowded and noisy, so if you’re planning a romantic dinner with your other half, this is probably not the best choice. However, it’s busy for a reason. The combination of great atmosphere and tasty snacks guarantees a positive experience any time you come. A knowledgeable and attentive staff is the backbone of any successful restaurant, and we have to say that Beerbistro did a good job selecting the best individuals.

With more than 165 varieties of bottled craft beers draughts from 17 countries (including 10 American states and two Canadian provinces), the hardest thing about visiting Beerbistro is picking the right tipple. For your convenience, the selection is divided into several categories such as quenching, crisp, sociable, spicy, and fruity. Their beer cellar also includes some very special beers for true beer lovers, such as lambics (a unique Belgian sour beer) and barley wines (strong ales originally from England). Some people call this place a bit pricey, so it’s more a destination for after-work drinks than for lunch or dinner. On the other hand, they invite guests to taste any four draught samples for just $6 — which is quite an acceptable price. One last piece of advice: don’t rely on your good luck alone. This place is busy even on weekdays, so it isn’t a good idea to come without a reservation. 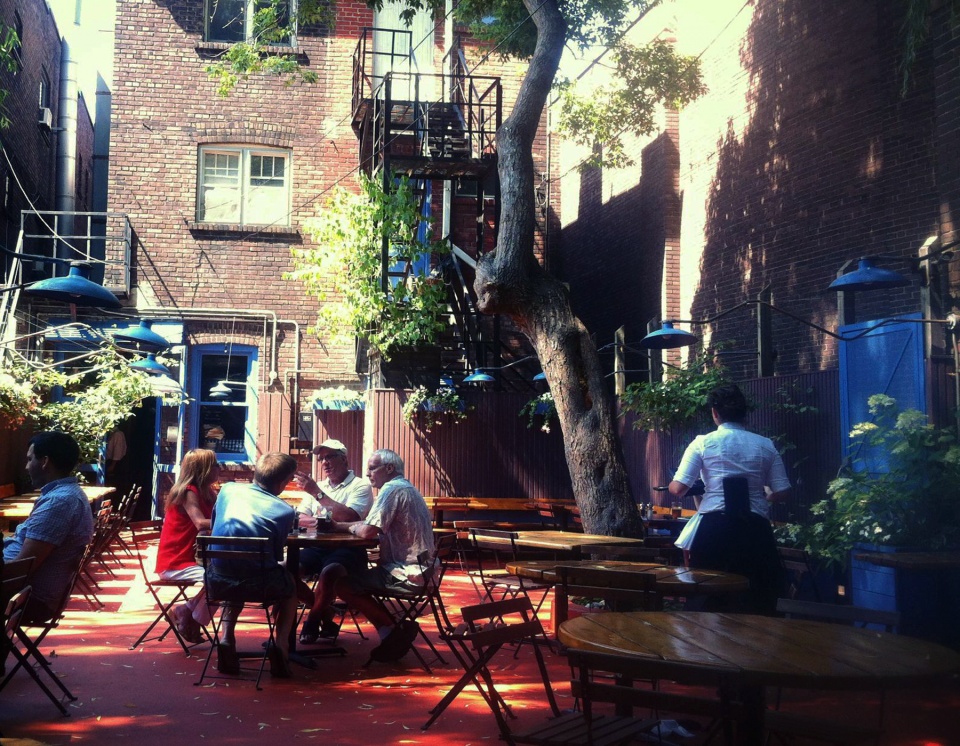 Located on Danforth Avenue just east of Broadview on the south side, Allen’s is the place to go when you’re craving traditional Irish food and beer. It’s not just its food and intimate, low-lit atmosphere that invite and encourage people to come here again: the waitstaff plays a very important role too. This place is always bustling — even on early evenings in the middle of the week.

After a tasty, stick-to-your-ribs dinner, nothing beats the taste of cold Guinness — or any of the other 160 labels (mostly from Ontario, with a few Belgian and Quebecois choices). This traditional Irish pub is located right next to Allen’s. It has built its popularity by offering over 160 bottled beers, fine wine, and perhaps the best whisky collection in Toronto. Live Irish music and a waitstaff with a great knowledge of their food and spirits are just another plus. 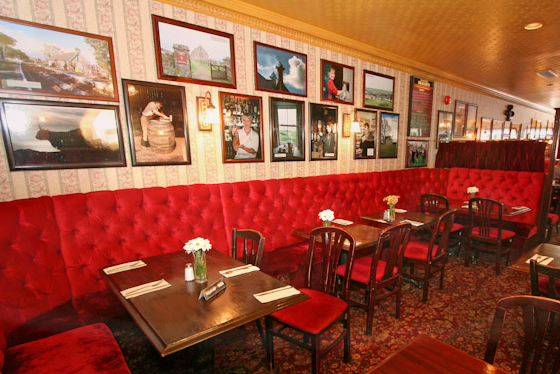 The Feathers Pub has been open and getting better and better since 1981, when Ian Innes established it and named it after a pub in his native Scotland. A couple years ago, the retiring Innes sold the popular meeting point for all British expats to Reid Pickering, who has brought a bit of innovation with new taps and more focus on local beers; however, The Feathers Pub is still the same good old place with a wide selection of beers, wines, scotches, and whiskies.

Twenty-one taps, including both domestic and imported draughts, promise a powerful experience for the distinguished beer drinker. Try them all or sample just a few, but don’t forget to order a pint of imported British draught for authenticity. Everybody knows Guinness, but we wanted to try something new, so we ordered Lake of Bays Mocha Porter. As you would expect, its smell consisted of some light mocha notes combined with black chocolate and lightly dry-roasted malt aromas. Nothing extraordinary, but not bad either.

As for the food, if you aren’t a fan of British food, we recommend sticking to the drinks (the shepherd’s pie and meatloaf are delicious though). You might find the decor a bit older and outdated, but that’s exactly how an authentic British pub should look. For those wishing to indulge in a little something extra, they have “Feathers Flight,” “Whisky Tours 1 & 2,” and various tasting menus since The Feathers Pub is home to one of the largest single-malt scotch collections in Canada. 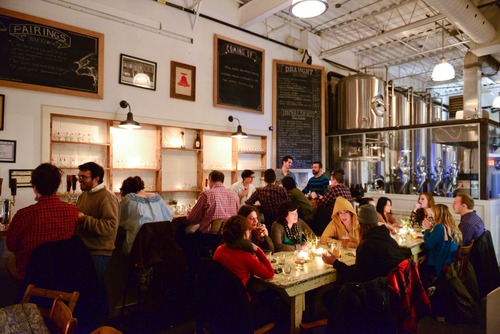 Bellwoods Brewery, which opened just last year, has taken the idea of feeling comfortable at your local bar very far. A laid-back atmosphere is what co-founders Luke Pestl and Michael Clark wanted to achieve, and we think their efforts paid off. Bellwoods is a big, open space with shiny, 20-plus-foot fermenting tanks, simple wooden tables, and white walls that make the place look bigger, more open, and somewhat industrial.

The beer is amazing here: their selection is a great mix of styles and flavours — definitely worth the trip. Even though the selection is a bit limited now, with only five beers on draught, the pub owners plan to add eight new choices in the near future. We picked the Belgian dark brown Bootknife, which wasn’t very sweet and smelled like chocolate, raisins, and yeast. Then we tried the Roman Candle, but this was a lot fruitier, with a clear, reddish brown colour. If you prefer a citrusy scent with a lot of orange and tangerine, this is the beer for you. When it comes to food, there is still some room for improvement. Obviously, the menu is aimed at snacking while you enjoy your drinks. However, if you stick to beer, you’ll be more than satisfied.

No Bar Hop?? Serious over site.

Wow this bar Volo sounds great. I read your post as I was looking for the top pubs in Toronto and I found your post and I am very happy that I have got a few good names of where my father can enjoy himself during his trip to Toronto. I am going to recommend him this place.