As usual, Toronto is buzzing with awesome events that will lure you out of your warm living room in February. To avoid getting lost in the heaps of activities throughout the city, we’ve prepared a list of the top five events yet to come this month. We hope you like the selection, and if you have some other top-notch suggestions that didn’t make it to our top five, let us know in the comments. See you all around at these great events!

The Art Gallery of Ontario proudly introduces Smith’s premier solo installation in Canada, which can be described as a stunning collage photography, object art, and film or video art. The exhibition was first organized by the Wadsworth Atheneum Museum of Art in Hartford, Connecticut, and its now successfully travels around the continent. Camera Solo features more than seventy photographs, mostly composed of black and white stills shot without flash, taken by vintage Polaroid camera. Smith likes to describe this technique as “pure photography,” getting as close to naked reality as possible. The exhibition also includes Smith’s personal objects, giving visitors a closer idea of the sentimental significance of the chosen images. Her short film Equation Daumal, written and directed by the artist herself, is also included. If you read Patti Smith’s bestseller autobiographical book Just Kids (which gives an intriguing account of her life with photographer Robert Mapplethorpe and how she fell in love with the life of the young 1970s artists flocked around the Chelsea Hotel in New York), this exhibition will be like a continuation of the story for you. You’ll be able to get up close and personal with the rock icon’s artistic development — a fascinating adventure. Admission to the exhibition varies from $11.00 to $19.50. 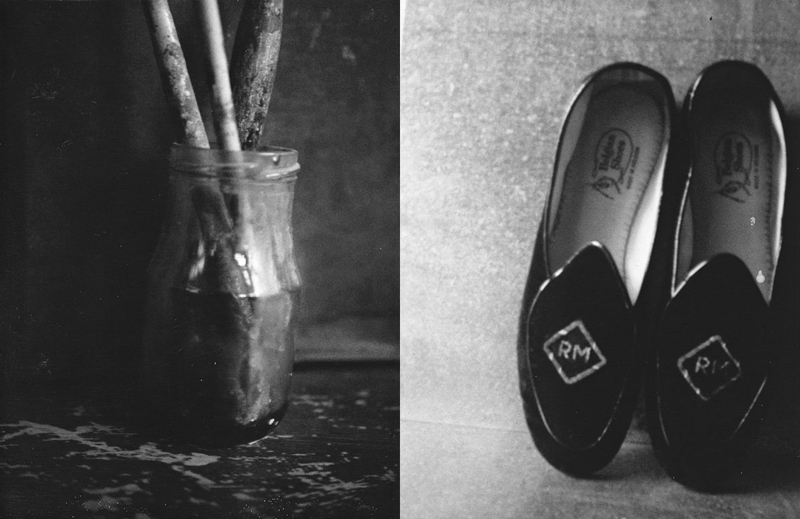 Black History Month has been celebrated since 1926, when a “Negro History Week” took place in the United States. The idea of the event has spread to Canada and the UK, and a week has been transformed into a full month of events and exhibits celebrating the heritage, traditions, and cultures of black citizens. The organizers of Black History Month aim to cover various spheres of life in Toronto, such as education, medicine, culture, public service, human rights, and art and to show links to contributions by African Canadians that can be explored and celebrated even after this special month is over. Some of the top events that are on throughout February or are yet to come and include the L.A. Rebellion: Creating a New Black Cinema showcase at the TIFF Cinematheque, presenting the best of the African American independent films from the 1960s and ’70s. Another must-see can be found in the Ryerson Image Centre, a photography exhibition Human Rights Human Wrongs, focusing on human rights issues ranging from civil rights protests in the ’60s to late 20th century images of the Rwandan Genocide. The list of event recommendations could go on and on when it comes to Black History Month, so check out what’s on in your community centre or local library branch and be sure not to miss any interesting concerts or discussions in your neighbourhood.

The Wavelength Festival is already entering its 13th year with original programming as strong as ever. Canadian and international indie bands that plan to make an appearance include such names as Doldrums, Do Make Say Think, Evening Hymns, and Cadence Weapon. This influential event is by far the longest-running showcase focused on bringing the best of the underground and alternative music scenes in Toronto to the spotlight. The organizers have always strived to promote fresh, honest music, and the festival has worked as an important launch pad for the careers of many bands who sell out stadiums these days. Since the festival kicked off in 2000, its list of then-emerging performers has included the Constantines, Caribou, Great Lake Swimmers, Broken Social Scene, and the Hidden Cameras. You can also connect Wavelength to various quarterly or weekly independent events taking place in alternative venue spaces around Toronto, as the music geeks running the festival tried to keep the scene alive all year long with the support of the Ontario Arts Council. Ticket prices are usually between $10 and $15, but the festival in 2013 also introduces a brand new feature: a series of free all-ages in-store performances that can be enjoyed by anyone who shows up on time. 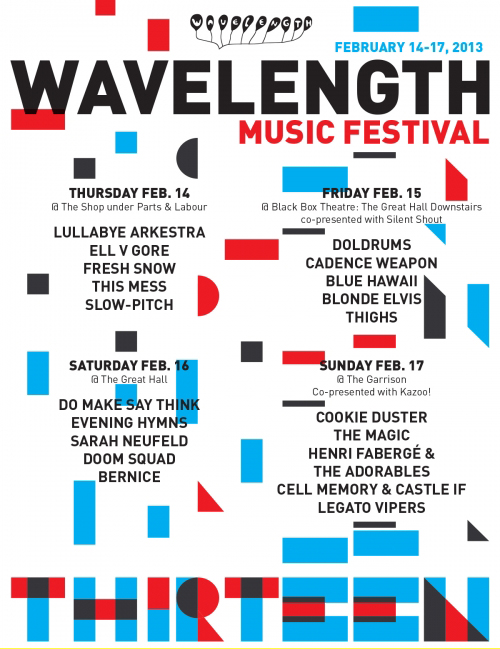 Last year, the TIFF Festival experimented with the introduction of a special film festival aimed at a young audience aged 14 to 18 by starting the TIFF Next Wave Festival. Its great success last year proved the organizers’ point that Toronto needs a platform that showcases issues that concern youth through film and still meet the highest artistic criteria with its innovation and frankness. To find out what teens in Canada appreciate or miss in films, a dozen young filmlovers and aspiring filmmakers were chosen to prepare the programming of the festival — a job that might sound awesome but gets quite tiring after afternoons and afternoons spent in the cinema watching the potential films for the festival program. The adult organizers gave the teens a free hand in 2012, and the results were great, so 2013 will be no different. This year’s festival will feature more than 20 films from all over the world, and panel discussions with filmmakers and other guests are planned after each screening. Some of the featured films include the Breakfast Club, Bushido Sixteen, and Fame High. The festival will be kicked off by the Battle of Scores competition, challenging six high school bands from Toronto to perform their own scores for an original short film. 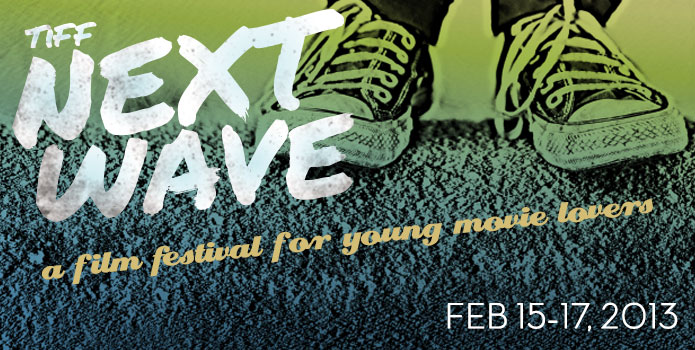 The freezing winters in Toronto are a perfect setting for Icefest, showcasing majestic ice sculptures by the best ice artists in Canada. The eighth annual Bloor-Yorkville Icefest features a stunning “Wonderful and Whimsical Exhibit” that will include a spectacular Enchanted Garden centrepiece display full of oversized butterflies, gnomes, fairies, snails, and mice in a setting of giant flowers with animated faces. It’s also interesting to note that more than 35,000 pounds of ice blocks were used to create the statues (imagine it all melting at once!). Festival visitors can also look forward to experiencing live ice carving demonstrations and watching a daily on-street skating show by the Glisse on Ice group. Another important part of the festival is the annual ice-carving competition that lures in artists to display their mastery right onsite — and the audience can witness the transformation of dull ice blocks into beautiful art pieces created with picks, chisels, or chainsaws. Kids will surely love the complementary Ice Kiddie Cubes with small collectible toys inside that will be given out on Cumberland Street at 2:00 P.M. every day of the festival. Food and drinks onsite are provided by hip local venues such as Crêpes a GoGo, Carens Wine and Cheese, Jacques Bistro du Parc, and Sassafraz.