There’s no doubt that Toronto is an important commercial, financial, and industrial hub. It’s the country’s main wholesale and distribution point: more than half of the goods manufactured in Canada come from the Greater Toronto Area. Furthermore, Toronto has always played an important role in Canada’s history, culture, and politics. However, how does it rank on an international scale? Can Toronto compete with the best cities in the world? Let’s have a look at how Toronto stands in some of the most prestigious global rankings.

The Most Liveable Cities

The Economists Intelligence Unit rated Toronto as the fourth most liveable city in the world in August 2011. Toronto ranked fourth, only 0.3 points behind the overall leader, Melbourne. Toronto also scored the highest possible rating in three of the five main categories: stability, healthcare, and education. This ranking basically means that if you go anywhere in the world, you will not be guaranteed a higher level of safety, nor will you receive better quality of healthcare or education, than you can enjoy in Toronto. 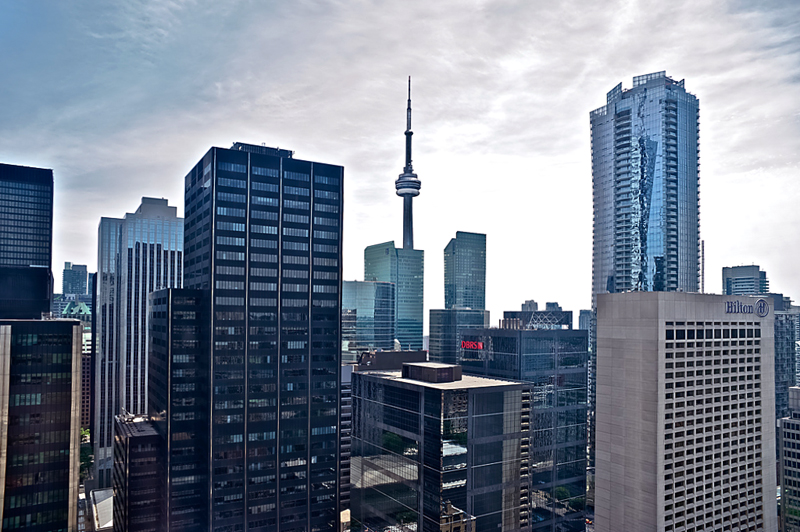 Toronto recorded some minor flaws in the culture and environment categories; however, there isn’t much the City of Toronto could do about humidity, temperature, or an inhospitable climate for travellers. On the other hand, there’s a lot that can be done to improve Toronto’s infrastructure, especially with regard to the alarming commuting situation. The city is well known for its complicated routes and never-ending traffic jams. A report released by European GPS manufacturer Tom Tom showed that Toronto has the fifth worst traffic congestion in North America.

Another report compiled by the Economist’s Economic Intelligence Unit ranked Toronto as the 12th most competitive city in the world. The index of 120 of the world’s most competitive cities took into consideration eight aspects from the economic strength, environment and natural hazards, and global appeal categories. The EIU described “competitiveness” as a holistic concept: while economic size and growth are important and necessary, several other factors determine a city’s overall competitiveness, including its business and regulatory environment, its quality of human capital, and indeed the quality of life of its residents. These factors not only help a city sustain high economic growth rate but also create a stable and harmonious business and social environment.

According to the same study, the most competitive city in 2012 was New York, followed by London and Singapore. Toronto had the highest score among Canadian cities and was one of the nine cities in the world that scored 100 in the financial maturity category. Furthermore, it ranked seventh in institutional effectiveness, 36th in physical capital, 11th in social and cultural character, 16th in global appeal, 22nd in human capital, and 32nd in environment and natural hazards.

PricewaterhouseCoopers ranked Toronto at third place in its annual report Cities of Opportunity 2012. PwC ranks 27 world centres of finance, commerce, and culture in 10 wide categories. Toronto made it to the top five cities in six of the ten indicators and about a third of the 60 variables assessed in the study.
Toronto had very consistent results, ranking second in four indicators. Toronto recorded the best scores in the Intellectual Capital and Innovation indicator, reaching the top ten in all nine variables. PwC particularly acknowledged literacy and school enrolment in Toronto, as well as Toronto’s entrepreneurial environment. Raj Kothari, managing partner at Greater Toronto Area PwC, said:

The city today offers great learning, development and intellectual capital opportunities that we are developing on actively. And, as Cities of Opportunity shows, we expect that Toronto will continue to be an even more vibrant city over the next decade to invest in, for the services we offer, the culture we generate and the quality of the people who are drawn to live in and build this great international city. 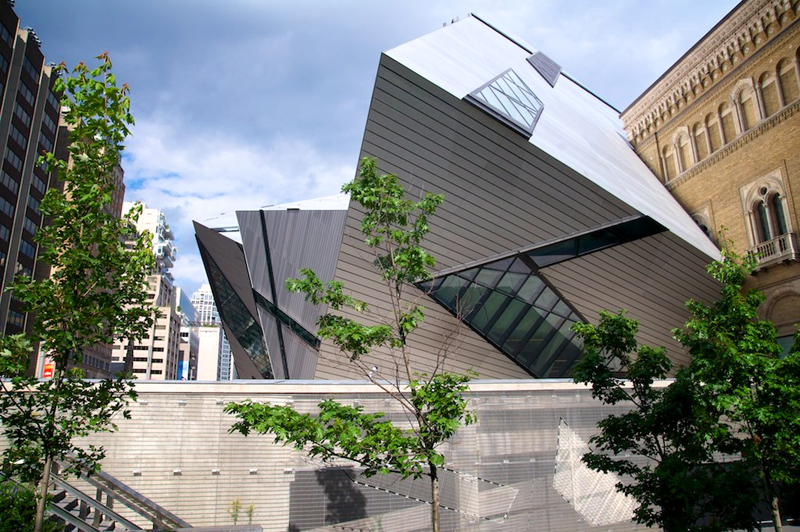 Furthermore, Toronto finished second in the Health, Safety and Security indicator, fifth in Demographics and Livability (though it was first in the quality of living variable), second in Transportation and Infrastructure (however, traffic congestion was moved out of this indicator into the Demographics and Livability indicator), and fifth in Ease of Doing Business. According to PwC, Toronto was the fifth least expensive mature economy with the fourth lowest total tax rate among the 27 cities. Toronto’s major drawback was a new indicator called City Gateway, in which it ranked 19th. Kothari suggested Toronto should attract more tourists and business visitors and fill its current gaps in airport access, aircraft movement, and passenger flows in order to keep its place among leading global cities.

Mercer, a global consulting leader in talent, health, retirement, and investments, ranked Toronto 15th out of more than 200 cities in its 2012 Quality of Living survey. The top spot was given to Vienna, and Toronto was overtaken by two Canadian cities, Vancouver (fifth place) and Ottawa (14th place). The survey helps multinational companies and other organizations compensate employees fairly when placing them on international assignments. The main criteria of the survey are political, social, economic, and environmental factors, safety, public services and transportation, and recreation. In addition, this year’s survey focused separately on cities with the best infrastructure according to electricity supply, water availability, telephone and mail services, public transportation, traffic congestion, and the range of international flights from local airports. In terms of city infrastructure, Toronto ranked 16th, behind two other Canadian cities, Vancouver (ninth place) and Montreal (13th place). Ottawa reached the 25th spot.

Toronto received a rating of 685 and was ranked tenth in the Global Financial Centres Index, 96 points behind the first-place city, London, and 18 points ahead of the second Canadian city, Vancouver, which ranked 17th overall. The Global Financial Centres Index measures the changes of competitiveness in global financial centres according to five main factors: people, business environment, infrastructure, market access, and general competitiveness.

Toronto was the fourth most mentioned centre, which is likely to become more significant. In addition, it took sixth place in the Professional Services index and seventh in both Asset Management and Wealth Management. The report notes, “Toronto offers a breadth of financial services activity that makes it the third largest financial services in all of North America.“ 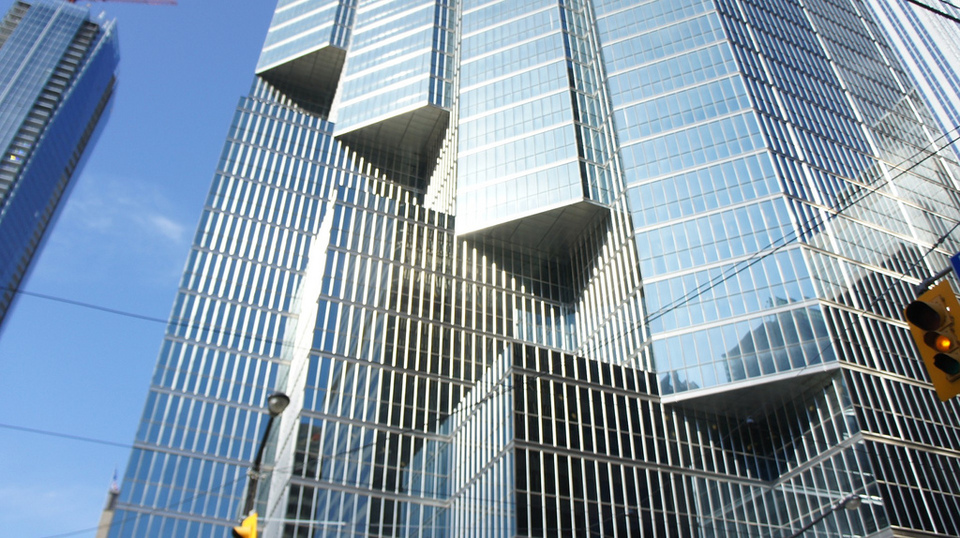 Top Five Lowest Risk Cities in the World for Employers

Aon Hewitt released an index that measures the risks that organizations face with recruitment, employment, and relocation in 131 cities around the world. The People Risk Index analyzes factors such as demographics, access to education, talent, development, employment practices, and government regulations. The index is based on thorough research conducted over a six-month period. As the 2012 People Risk Index indicated, Toronto was the world’s second lowest-risk city, just behind New York. The report pointed out that one of the main reasons for this success was Canada’s strict enforcement of equal opportunity laws, clear government-mandated health and retirement benefits, low level of corruption, and high quality and broad availability of training facility. Furthermore, the report noted:

While Toronto has low employment and redeployment risk, the city’s recruitment risks are higher than the other top five cities because of its relatively small working age population and lower immigration rates.

The World’s Most Business-Competitive Global Cities

KPMG, a global network of professional firms providing audit, tax, and advisory services, released a report claiming that Toronto was the sixth most business-competitive global city. The study assessed 26 business cost components, such as labour costs, facility costs, transportation costs, utility costs, and income taxes in 10 countries and more than 100 cities. Furthermore, the study made a thorough comparison of data on non-cost competitiveness factors that could have an impact on the attractiveness of cities to business, including labour availability and skills, economic conditions and markets, innovation, infrastructure, the regulatory environment, cost of living, and quality of life. Toronto was also the second low-cost leader in North America, right behind Montreal.

Modis, the second largest provider of information technology staffing services in North America, put together a list of the top 12 cities to find IT jobs today. The ranking displays the cities with the greatest potential for IT job growth in the near future based on the volume of new jobs over the last six months, as well as a general evaluation of the economic conditions of each market. Toronto, the fourth largest IT market in North America, took second place, right behind Houston, Texas, which won the ranking mainly because of its increasing demand for IT support in healthcare as well as oil and gas, which are the city’s main industries. Toronto is home to numerous Fortune 500 companies and is the third largest financial centre in North America. The top industries that hire IT professionals in Toronto are financial services, government, and system integrators and consulting services. According to Modis, the most demanded skills are project management, Java development, and SAP or CRM experience. 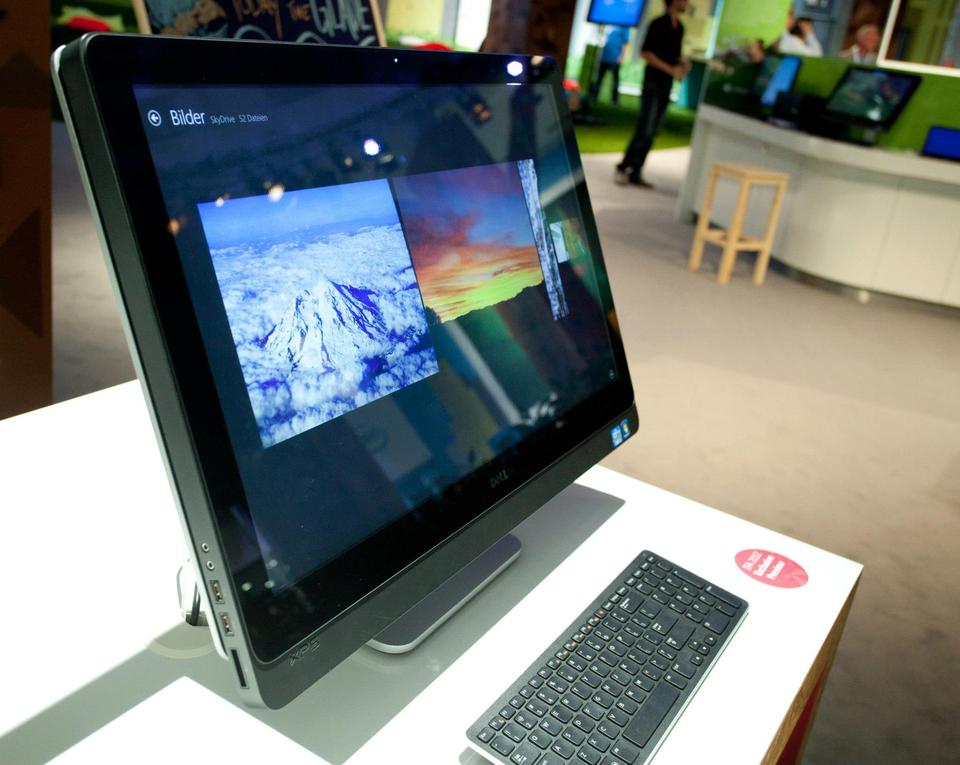