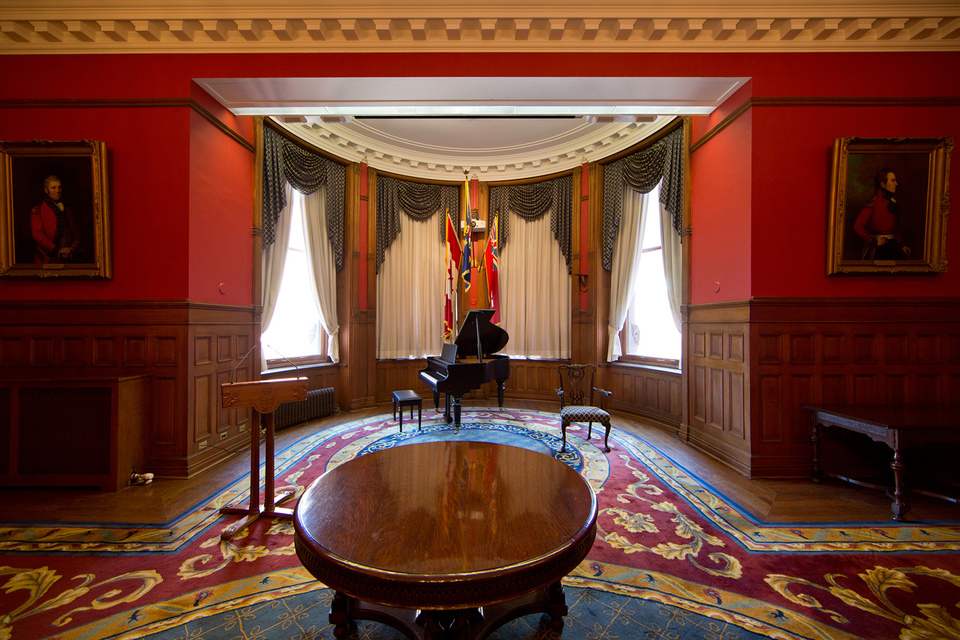 Get a sneak peak into the offices 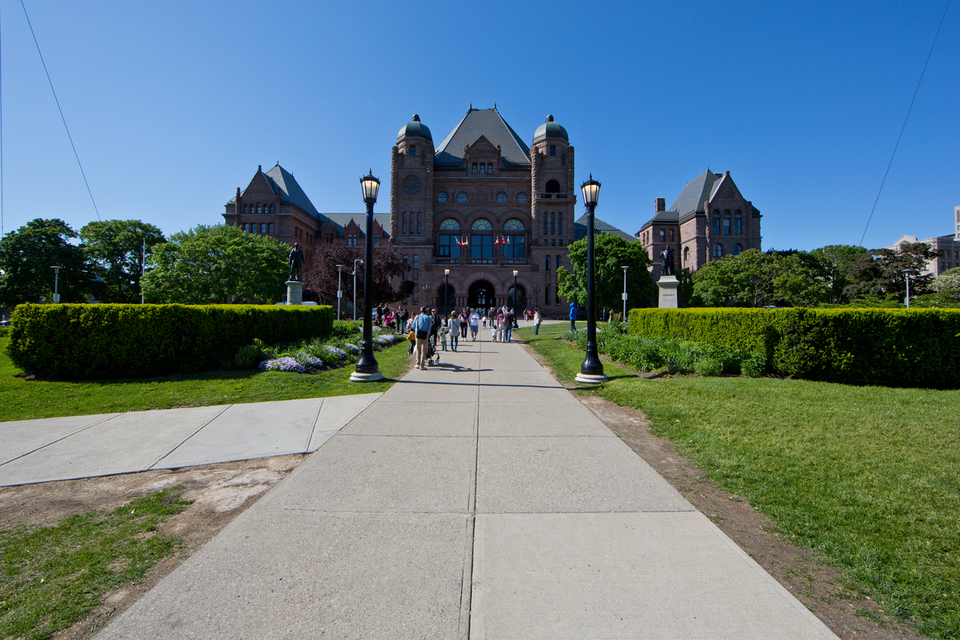 The Centre of Ontario Law: House of Big Decisions

The Ontario Legislative Building is located at the heart of Queen's park, surrounded by the historic grounds of the University of Toronto's St. George campus. This significant landmark houses the suite of the Lieutenant Governor of Ontario, the Legislative Assembly of Ontario, and offices for members of the Provincial Parliament. The Ontario Government bought part of the park's grounds for this new provincial Legislative Building in 1880. The impressive five-storey structure, designed in the Richardsonian Romanesque style by Richard A. Waite, opened on April 4, 1893, after six long years of construction (from 1886 to 1892). This style is characterized by elements from northern Italian architecture, such as heavy stonework, rounded archways, domed towers, and detailed carvings. An interesting fact is that most of the material used comes from Credit Valley, north of Toronto. The unbelievable 10.5 million Ontario sandstone bricks used were made by inmates of the Central Prison. The pink hue of this particular sandstone has given the building its nickname "the Pink Palace."

Every year during Doors Open Toronto, the general public has access to have a peak inside the very halls and court rooms where the most important Ontario legal decisions are made. The first feature that strikes you is the long central hall with high ceilings and a grand staircase opposite the main entrance. The offices are located in two wings on either side of the Legislative Chamber, where Ontario's Provincial Parliament holds its regular meetings. The chamber is the heart of Ontario's parliamentary democracy, and debates about passing new laws have filled the room since 1893. The oak floors and cast iron columns in the east hall nicely contrast the Italian marble west wing. The original skylight floods the hall with abundant natural light.

Not every part of this beautiful heritage building is original, though. The west wing and the Legislative Library had to be rebuilt by the newly assigned architect E.J.Lennox after a devastating fire in 1909. The cause of the fire is said to be one single spark from a charcoal burner used in roof repairs. Probably the greatest loss from the disaster is about 100,000 books and public records stored in the library that are gone forever. Lennox also added two more floors to create new space for the government offices and constructed a new north wing. Walking down the hallways, you notice many oil paintings on the walls. These are artworks from the Government of Ontario Art Collection, and the collection features copies of old European masters and paintings depicting scenes from everyday life in Ontario by Canada's most prominent artists, such as George Agnew Reid.

After you browse the building from bottom to top, you can rest your feet in the beautiful Queen's Park. There are many memorials and statues scattered around the park that commemorate the most important figures in Ontario's history of law. Fun fact: a couple of red-tailed hawks have been nesting in the pine trees in the park and on the upper ledges of the Legislative Building during last years. So don't be surprised when you hear a shrill cry above your head! 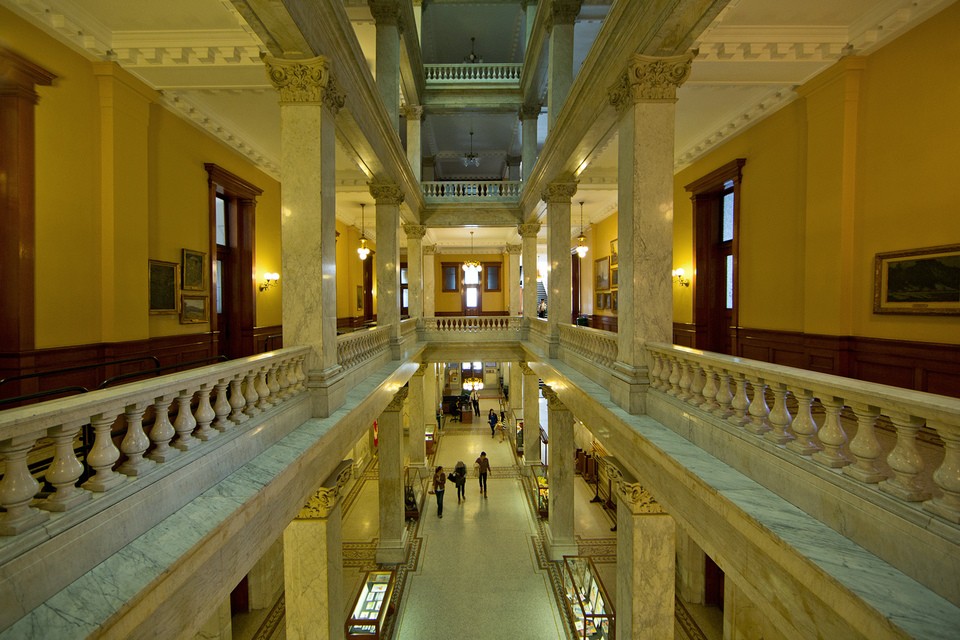 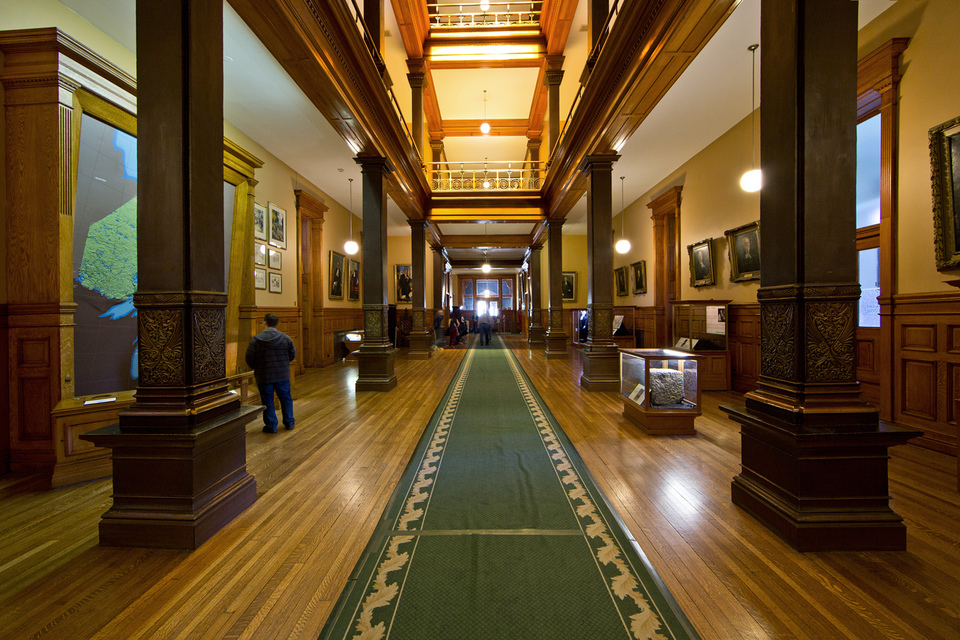 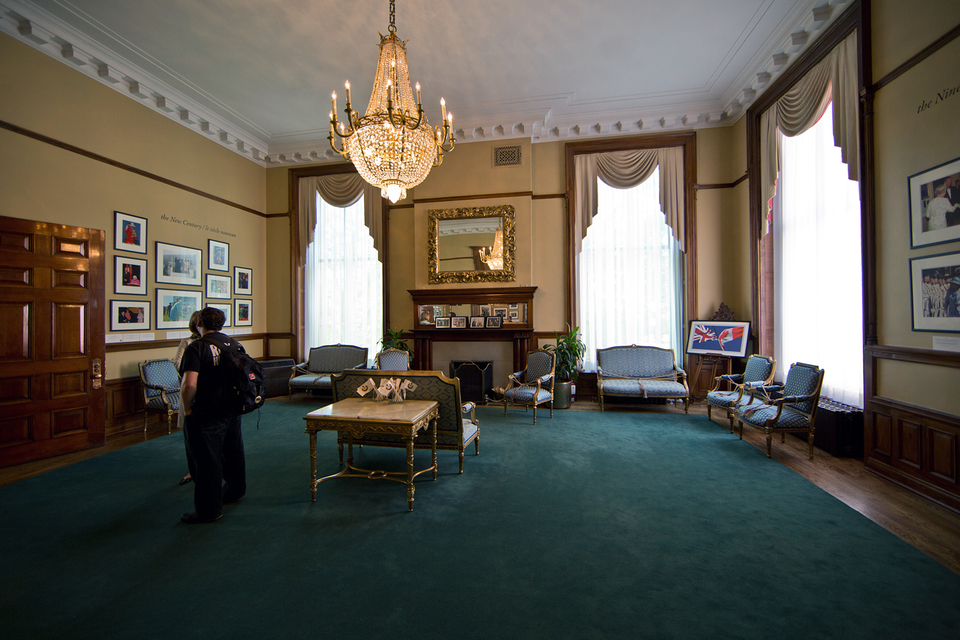 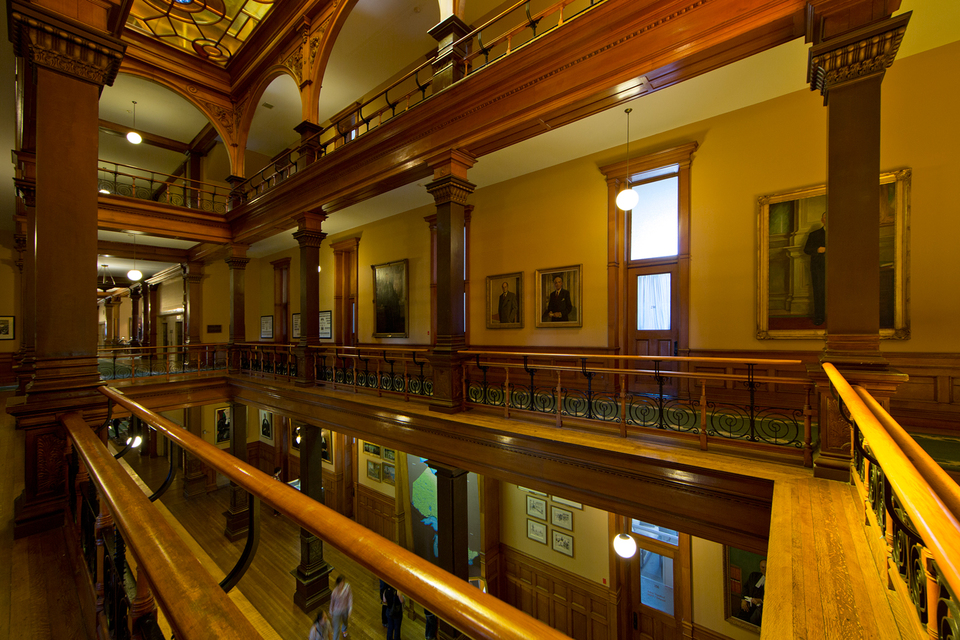 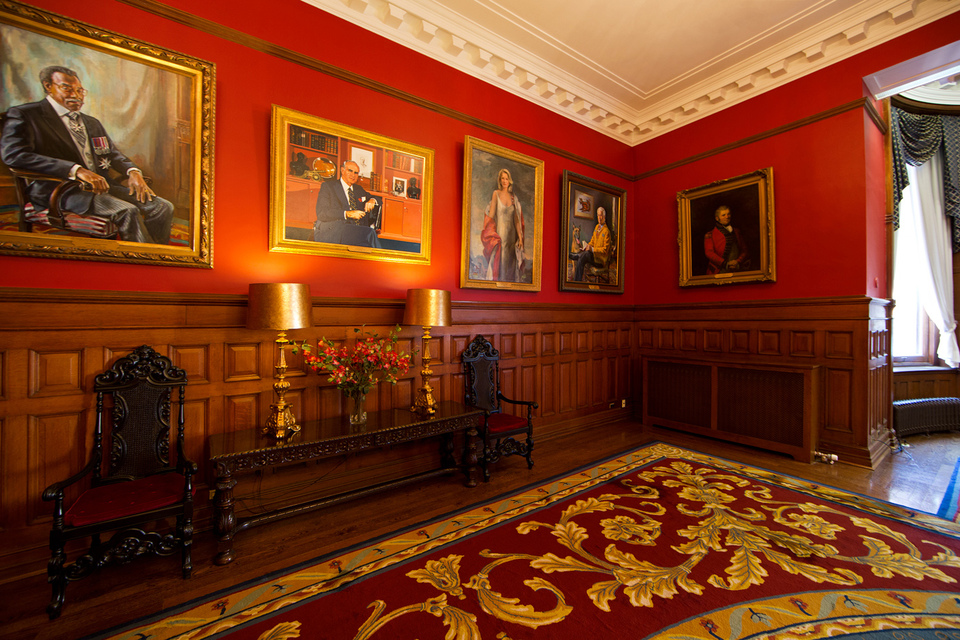 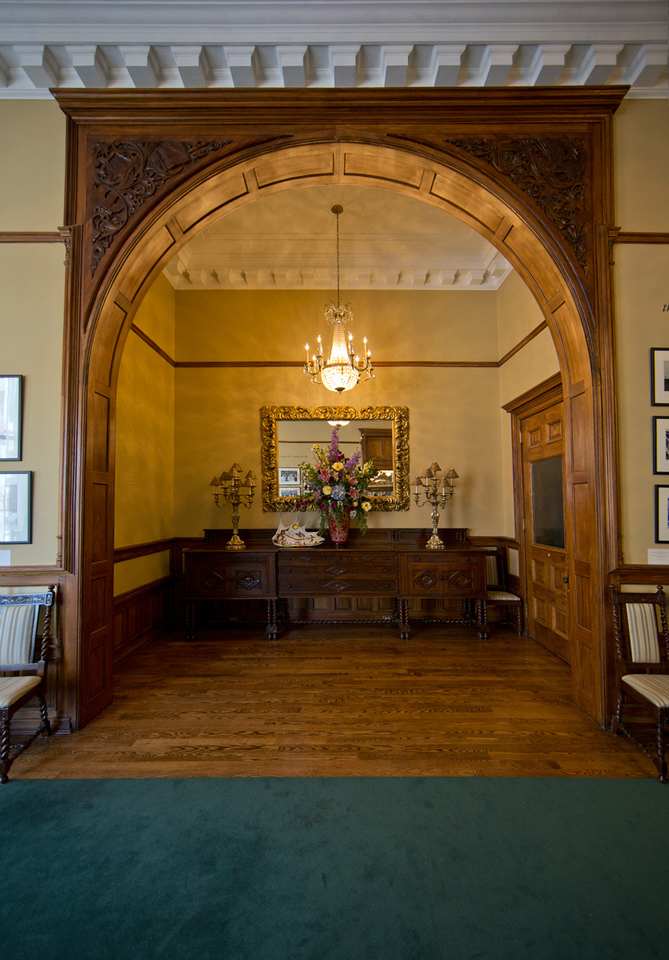