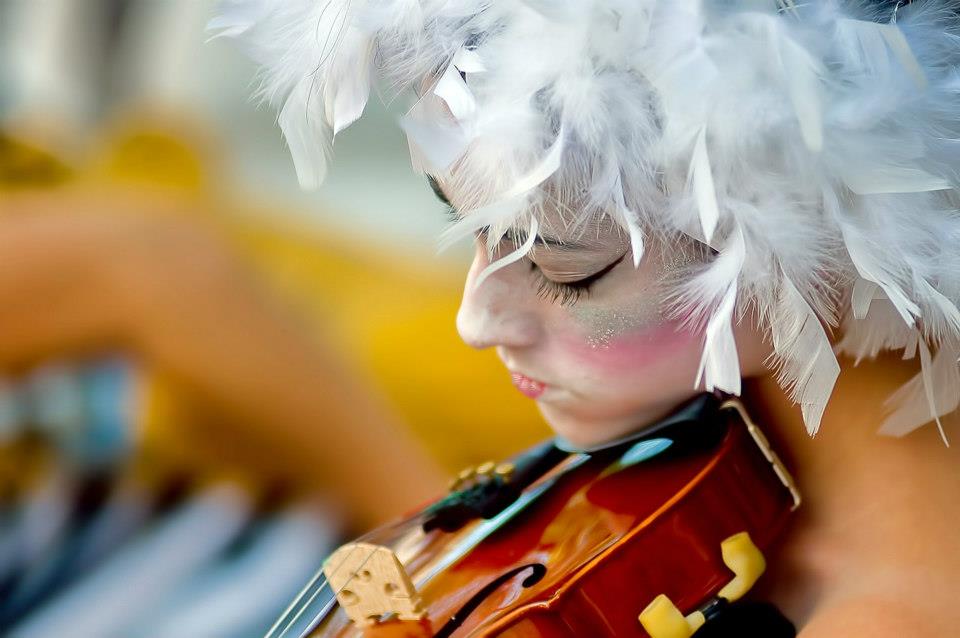 The summer is half over and Toronto is bustling with all kinds of events. Every August, Torontonians have to deal with one problem, which is finding time for all the celebrations, concerts, and festivals they’ll attend. For those who are planning to spend August 2013 in Toronto, we've chosen some of the best events that this city has to offer. Here are our picks!

When: Every August weekend

The Harbourfront Centre has prepared an incredible variety of weekend events, including festivals from across the globe, outdoor dancing, films under the stars, concerts in a garden setting, summer camps, cooking demonstrations, and much more. The five August weekends will feature artistic traditions of the Caribbean, the best dishes from East to Southeast Asia, a celebration of Philippine heritage and culture, cooking demonstrations and musical performances from Taiwan, and a spicy Iron Chef Competition. 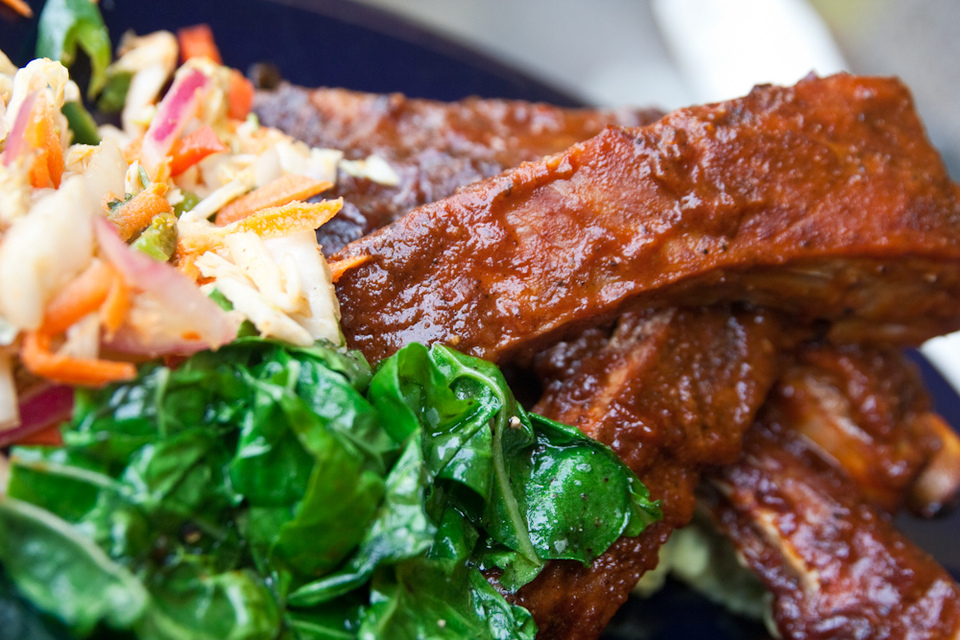 Scarborough Ribfest is celebrating its 12th anniversary with mouthwatering barbecue ribs as well as other delicious meals, live entertainment, midway rides, games, a beer garden, and vendors of all kinds. The festival, attracting more than 140,000 people each year, has become the largest community event in Scarborough. The festival is great for families, but you have to leave your pets at home.

The Grand Parade is the culmination and showcase of a three-week celebration of Caribbean music, cuisine, revelry, and visual and performing arts. Every year, the largest cultural festival of its kind in North America hits Toronto with a wave of festive rhythms and melodies, costumes, African drumming, as well as an arts and crafts display. The parade will start at Exhibition Place, and crowds of colourful masqueraders will continue along a 3.5 kilometre stretch on Lakeshore Boulevard. The colourful exhibition attracts more than a million people each year.

On Civic Holiday weekend, the Historic Distillery District is hosting a free outdoor art and craft show featuring about 70 artists and artisans showcasing their handmade works from across Ontario and Quebec. The 7th annual Artfest at the Distillery Summer Show combines new trends with traditional art forms, including felting, recycling and upscaling, mixed media, digital art, new textile technologies, and inventing new combinations of materials. Visitors can look forward to live music performances by Enriquez Lopez, a Cuban guitarist, and the Resolutionaries, a Zimbabwean Marimba band with a Canadian twist.

Where: Various locations in Toronto 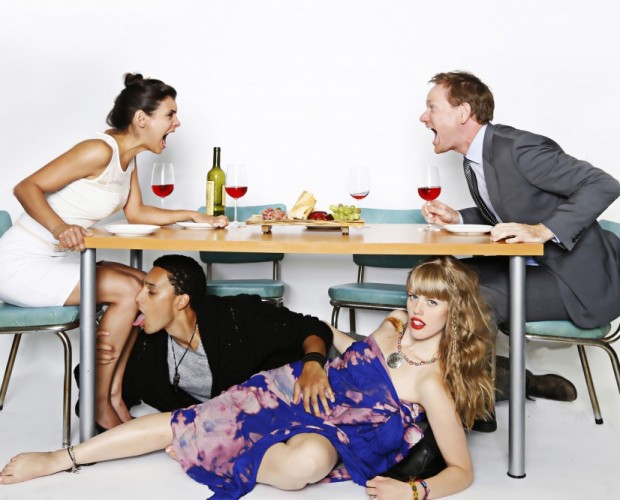 SummerWorks is the largest juried festival in Canada, featuring more than 30 plays, off-site performances, music, dance, visual arts, and workshops for plays in development and other events led by renowned playwrights from all over the country. The festival supports work with a clear artistic vision and encourages creativity while insisting on accessibility, integrity, and professionalism. SummerWorks is well known for its high quality of productions and performances as well as for stimulating and supporting the artistic growth of its participants, audience, and staff. The 23rd season of SummerWorks has an exceptionally diverse lineup featuring a play written by Adam Lazarus, Guillermo Verdecchia, Kevin Rees, Sky Gilbert, Jordan Tannahill, Cliff Cardinal, d’bi.young, Heidi Strauss, and many others.

Taste of the Danforth 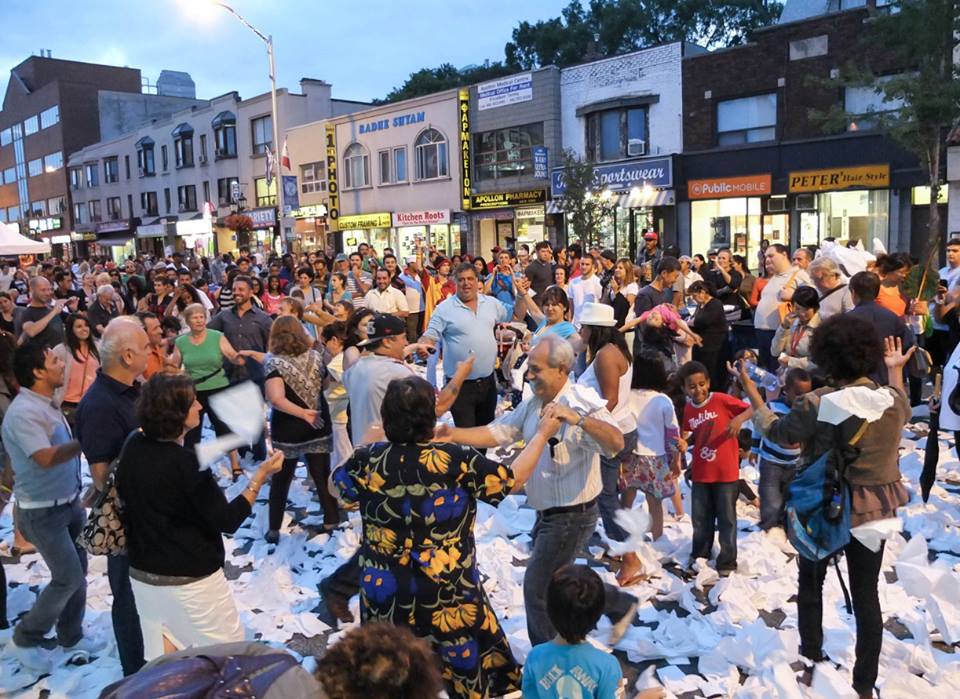 Taste of the Danforth

Don't make any plans for the second August weekend, as it's reserved for a remarkable celebration of Greek food and culture. The Taste of the Danforth takes over Danforth Avenue from Broadview Avenue to Jones Avenue, offering authentic Greek food such as pork, chicken, and beef souvlaki, spanakopita, loukoumades, gyros, saganaki, and roast quail. With attendance of more than 1.3 million people, this three-day event has become the largest street festival in Canada. Apart from food, the festival offers live music, interactive activities, games, and an abundance of merchants. 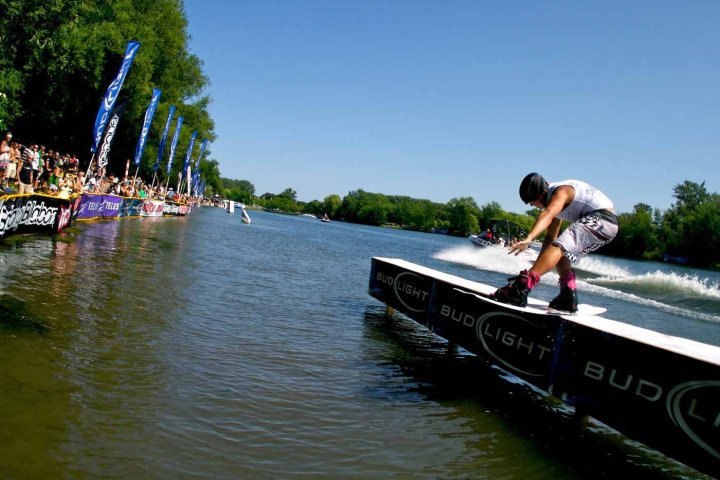 This three-day wakeboard explosion has become Canada’s largest action sports and music festival, featuring professional wakeboarding challenges, lots of live music, action sports exhibitions, and much more. The lineup includes Silversun Pickups, Death From Above 1979, The Sheepdogs, and Less Than Jake. Both amateurs as well as professionals can compete in separate wakeboarding contests. The pro competitions include two prominent events: the World Series Pro Wakeboard Championships and the Pro Wakeskate Championships. When competing is over, everyone will head to Wakestock's famous after-parties.

Where: The Roundhouse Park

Toronto beer lovers are looking forward to the second year of the Roundhouse Craft Beer Festival, where they can sample and savour the best craft brews from local producers. Visitors will be able to taste flavourful ales, crisp lagers, and seasonal and experimental beers with fare from gourmet food trucks. The festival is set right in the heart of Toronto in a pleasant park with a relaxed atmosphere and local indie bands. 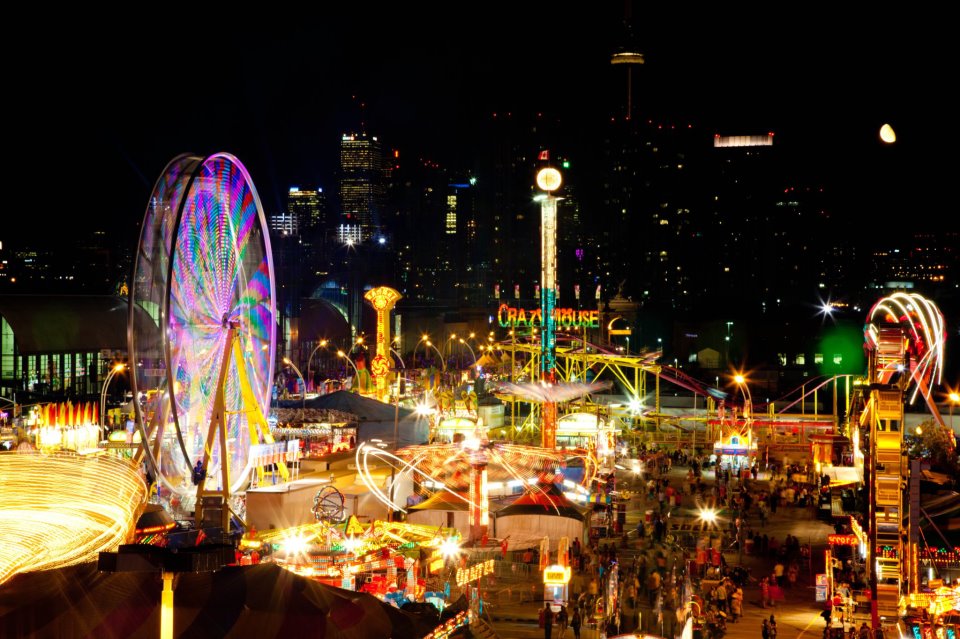 The Canadian National Exhibition (CNE) is the largest annual fair in Canada and the fifth largest in North America, with a history of more than 100 years. The 18-day event offers a wide variety of attractions and entertainment, including bandshell concerts, celebrity chef demonstrations, acrobatic and ice-skating shows, a dog show, working farm, parades, a three-day air show, midway rides, and games as well as a food fair. The exhibition attracts more than 1.3 million visitors each year. There is also lots of concerts and various street performances during the exhibition. Don’t be afraid to take even very young children, as the CNE prepared baby care centres and wagon rentals. 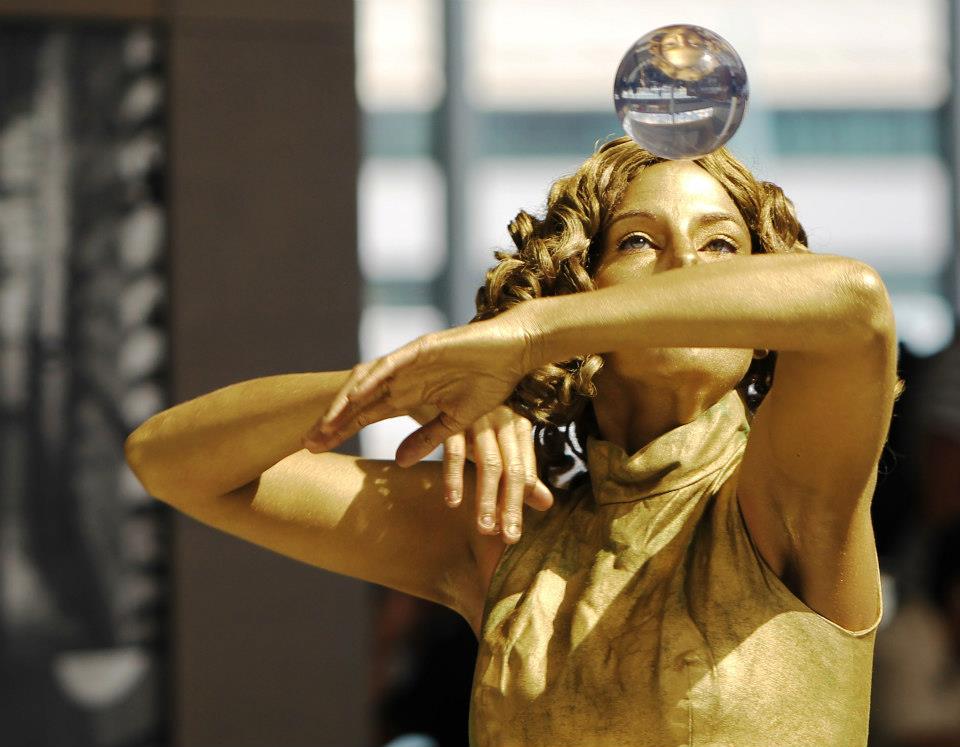 BuskerFest is a four-day and four-night non-stop celebration of the most outstanding street performers on this planet. North America’s largest street performer festival is packed with colourful and spontaneous entertainment, including a wide variety of comedians, contortionists, musicians, magicians, fire jugglers, acrobats, clowns, aerial artists, and daredevils. Last year, the festival attracted over a million people, and this year it will be even bigger. Buskerfest supports Epilepsy Toronto, a non-profit agency supporting people living with epilepsy. Take your whole family and prepare to be amazed! 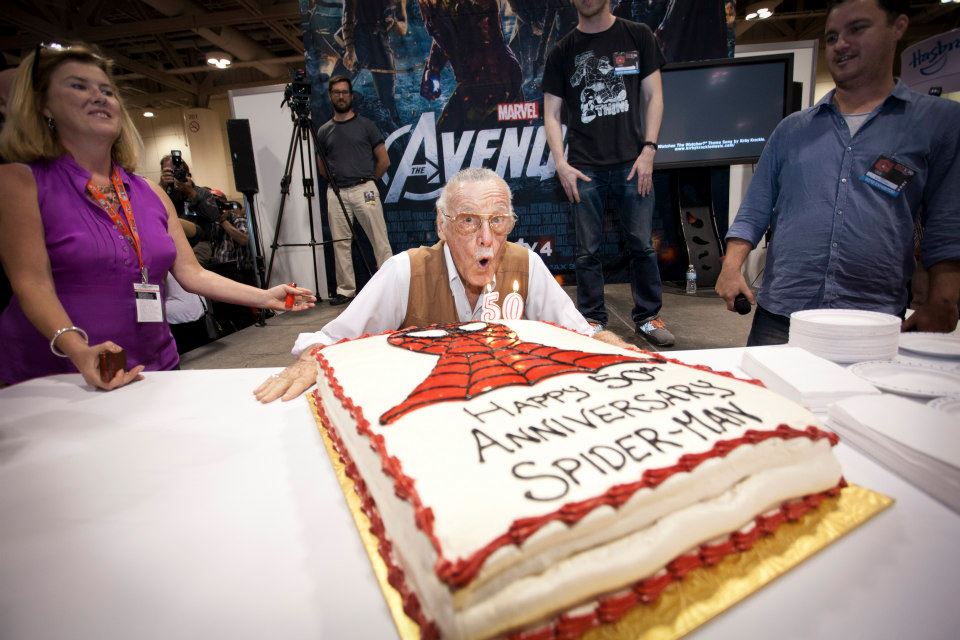 Since its humble beginnings in 1995 as a national comic book expo, Fan Expo Canada has grown to be the third largest pop culture event in North America. The 19th season will feature more than 900 exhibitors, with one of the largest showcases of gaming, horror, comic, science fiction, and anime in the world. In addition, this year’s Fan Expo introduces a new genre—Fan Expo Sports, providing an ultimate sports celebrity experience. The programme consists of panels, seminars, and workshops with comic book and video game professionals as well as of previews of upcoming films and many entertaining activities and shows. Visitors can look forward to a number of celebrity guests such as Stan Lee, Hulk Hogan, Nathan Fillion, Zachary Quinto, Karl Urban, Carrie Fisher, and Laurie Holden.