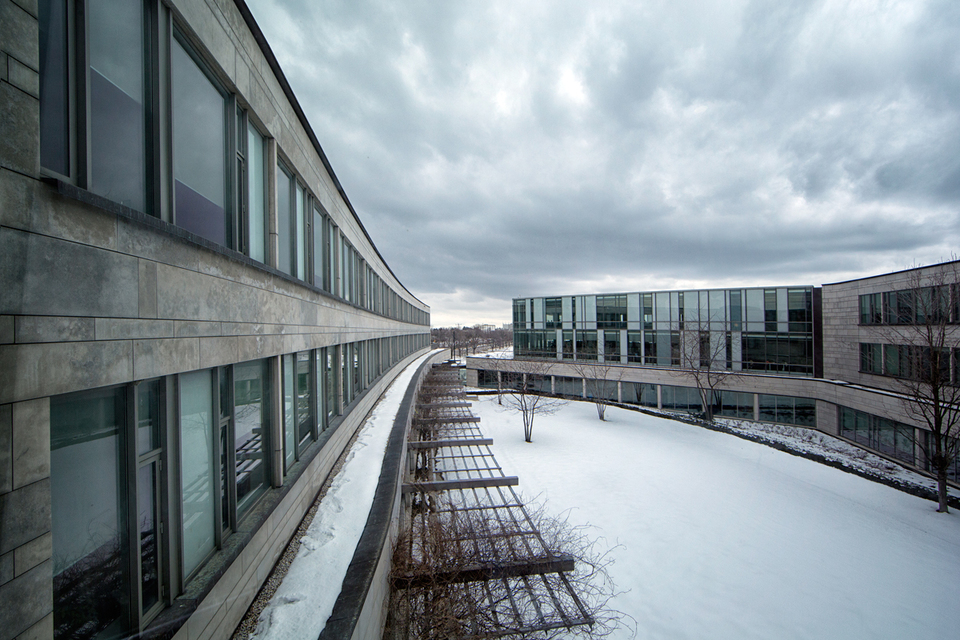 Toronto Campuses: Where It's a Privilege to Study on These Premises

Some time ago, we had look at one of the most prestigious educational institutions in Canada, the University of Toronto and its beautiful historic campus. This time, we're going to focus at the combination of modern architecture and education in our city. There is a large number of state-of-the-art facilities with stunning contemporary designs that welcome hundreds of keen students during the academic year. Impressive from the outside, they are equipped with the most up-to-date technologies that offer the ideal studying conditions for them. We've chosen two well known schools: George Brown College and York University. Peeking inside its lecture rooms, you almost wish you'd be a student again! 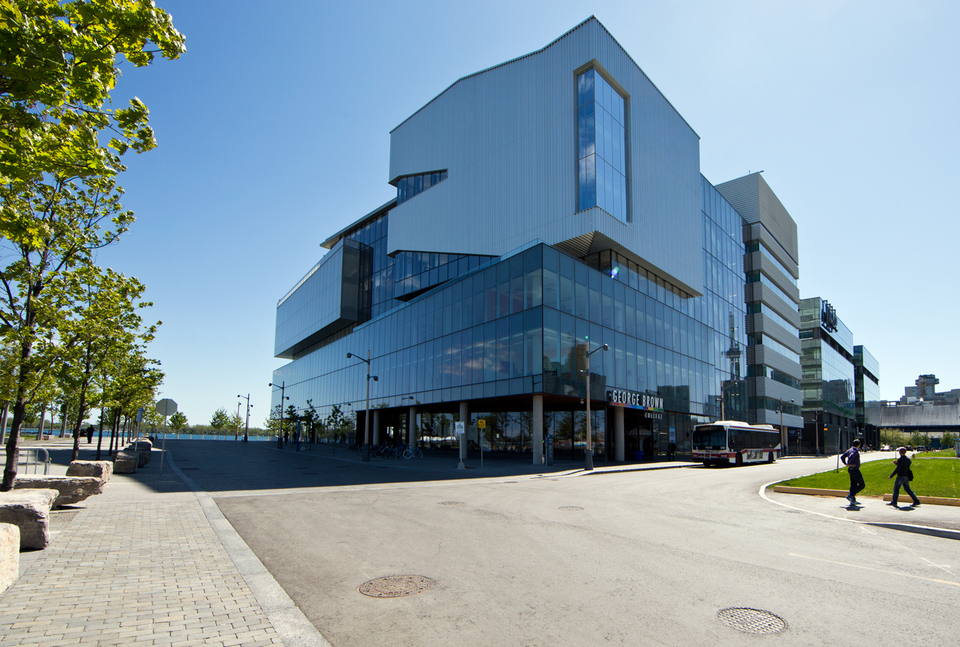 George Brown College (GBC) is a public college of applied arts and technology founded in 1967 that has three campuses conveniently located in Downtown Toronto. The beautiful and modern college is named after George Brown, one of the Fathers of Confederation and the founder of Toronto Globe. A very popular choice in Ontario, it currently has 24,849 full-time students, of which 3,270 are international students. The three campuses are: Casa Loma, St. James and the newest addition of 2012, Waterfront Campus. Home to the Centre for Health Sciences (namely schools of Nursing, Dental Health, Health and Wellness, and Health Services Management), Waterfront campus offers stunning views of Lake Ontario through the large windows that make up most of the building.

Designed by Stantec Architecture and KPMB Architects,the class rooms and informal learning spaces are spacious, bathing in natural light and furnished with eye pleasing colourful furniture. The purpose of the unusually deep set of stairs is to  "facilitate group discussions and encourage learning outside the classroom". The building also features rooftop terraces that overlook the water's edge. Waterfront campus belongs to the buildings that were constructed towards the sustainability and LEED certifications; you'll find a green roof, alternative fuel stations and energy and water conservation measures throughout the whole building. 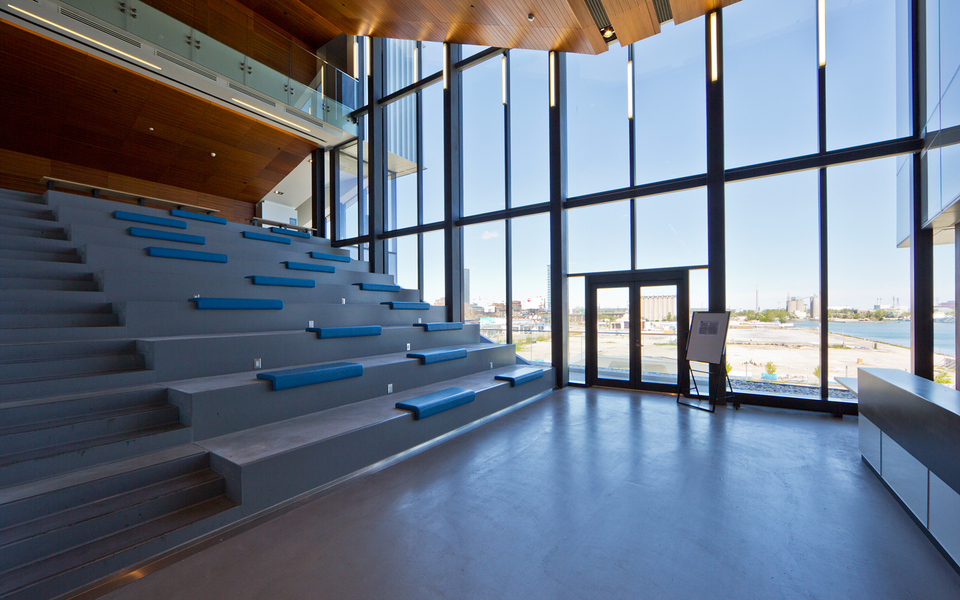 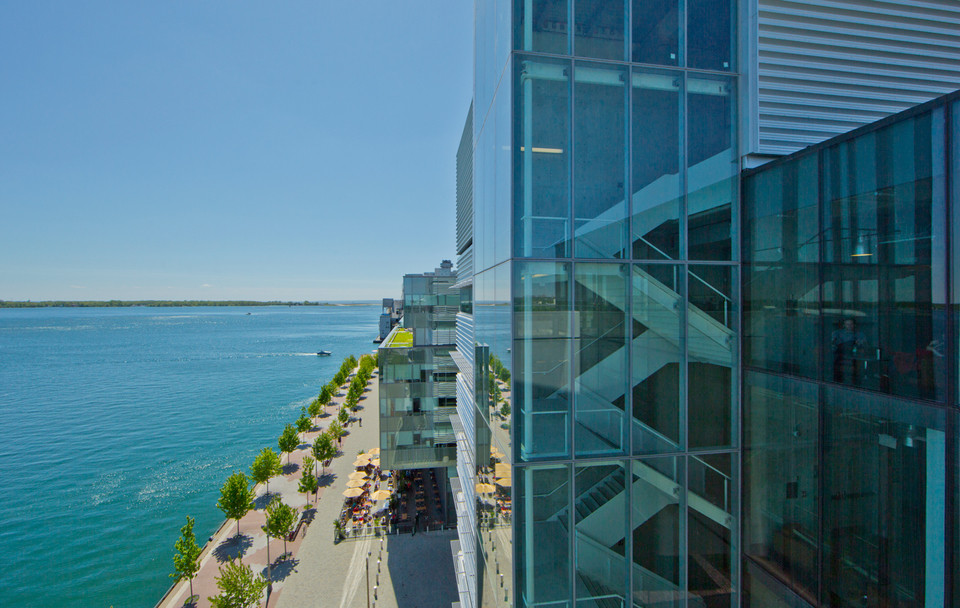 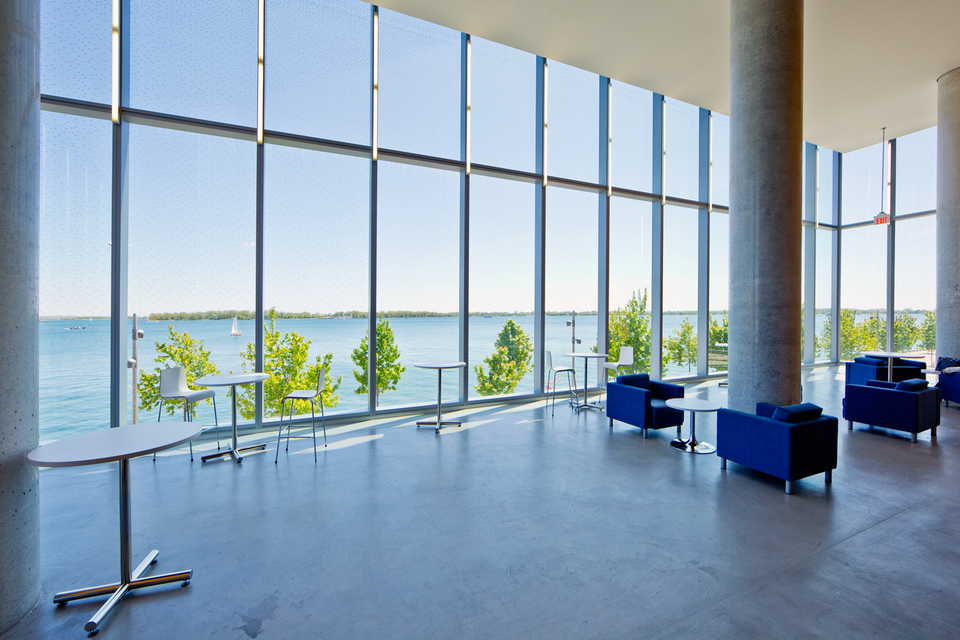 York University is a public research university in Toronto established in 1959, Ontario's second-largest graduate school and Canada's third-largest university. It has eleven faculties and 28 research centres and has been named one of the top ten research universities in Canada. And these are by far not all the superlatives one could mention! There are some pretty cool achievements connected with the university as well: for example participation in the Canadian Space Program during which several space research instruments used by NASA were designed in these very labs.

York's primary campus is The Keele Campus that draws almost 50,000 students to the area of North York, where most of the faculties have their main buildings.Keele Campus is host to a satellite facility of Seneca College that offers attractive degrees in its School of Communication Arts, Computer Studies and many more. The other campuses are the bilingual Glendon Campus and Satellite campuses of Schulich School of Business and Osgoode Hall Law School that are located in Downtown. 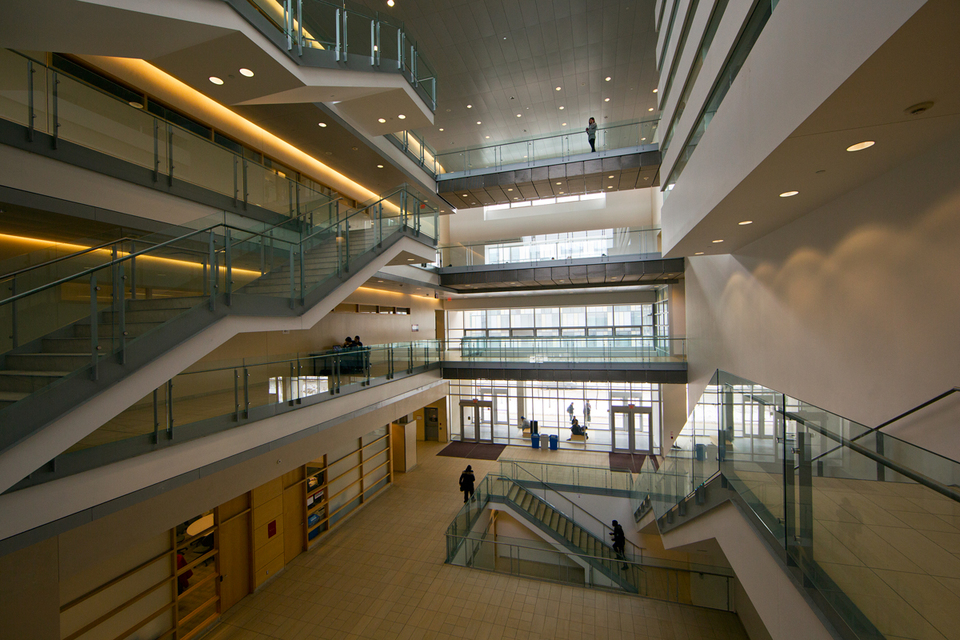 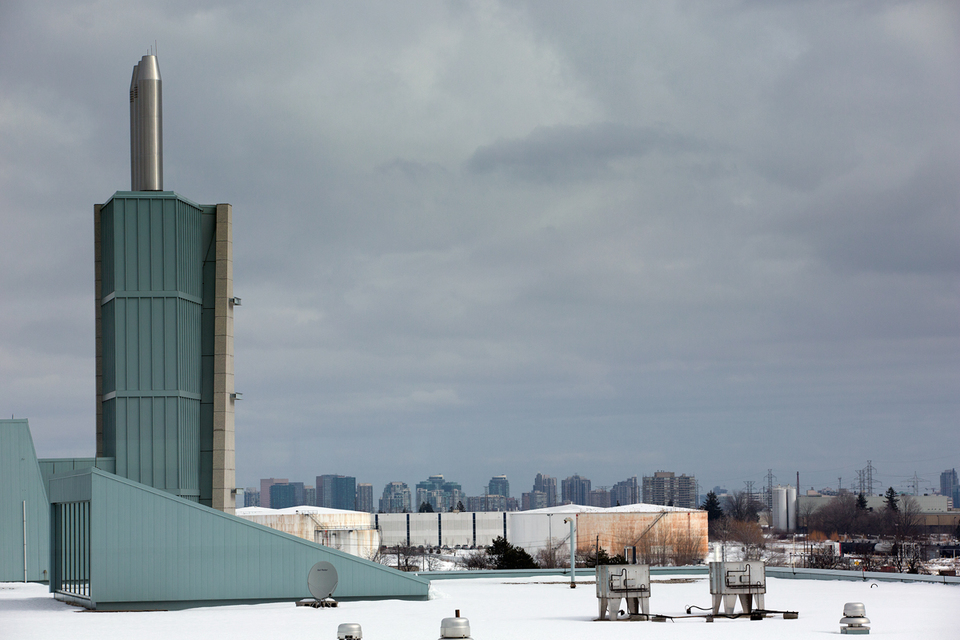 On the Roof of York University 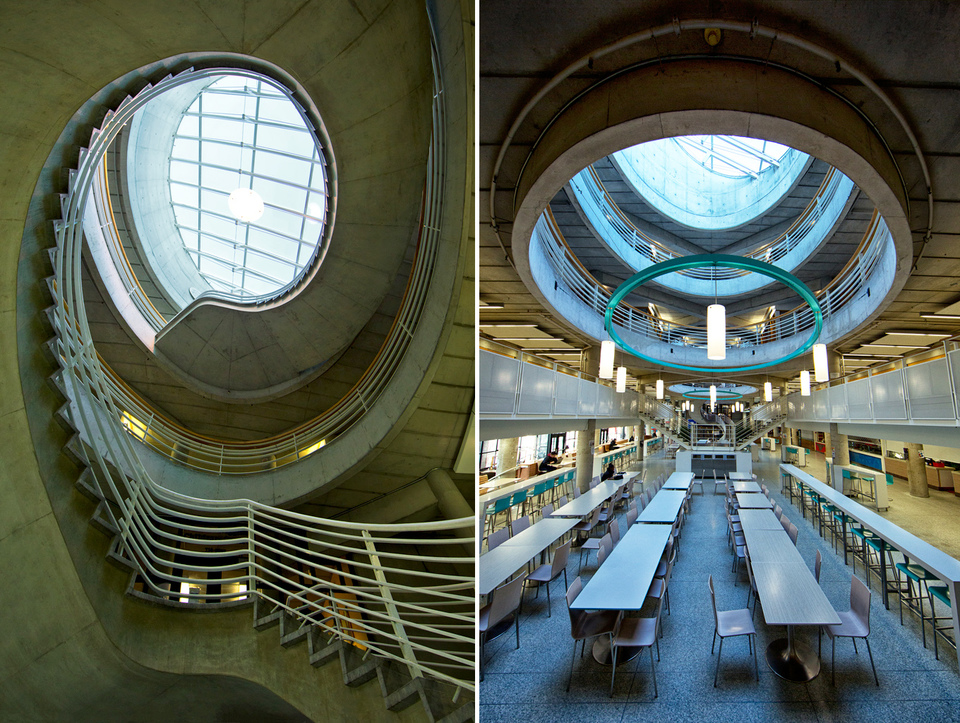 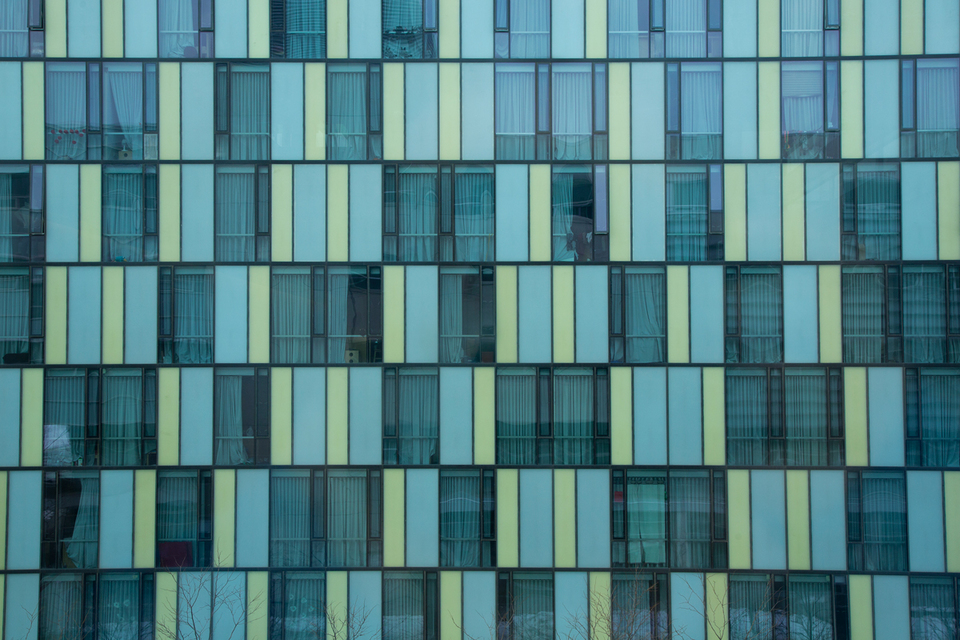