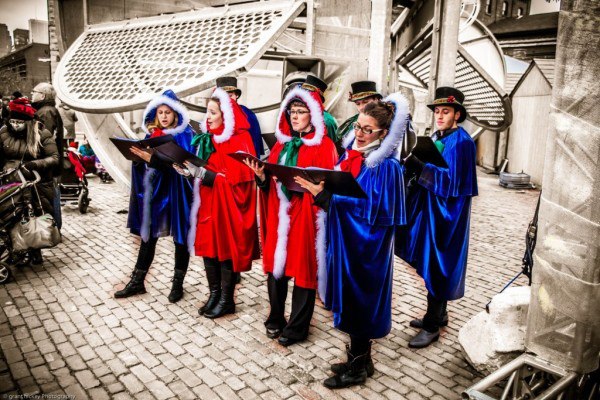 November in Toronto will offer a mix of very exciting late autumn theatre premiers and pre-Christmas traditions along with some big names coming to perform in the city. Check out our list of the top events that are well worth visiting in November!

The TIFF Bell Lightbox pay tribute to one of the biggest legends of the Canadian cinema, David Cronenberg, the director known as a pioneer of the so-called body horror genre, with a series of film projections, a major exhibition on, and a number of guests coming to Toronto. The guest event will include In Conversation With... Jeremy Irons, The Fly introduced by Stéphan Dupuis, eXistenZ introduced by Carol Spier, Naked Lunch introduced by Howard Shore, Piers Handling on Videodrome, Noah Cowan on Crash, and many more exciting appearances. The major exhibition itself parallels Cronenberg's evolution as a filmmaker with his longstanding fascination with the possibilities and perils of human evolution itself. 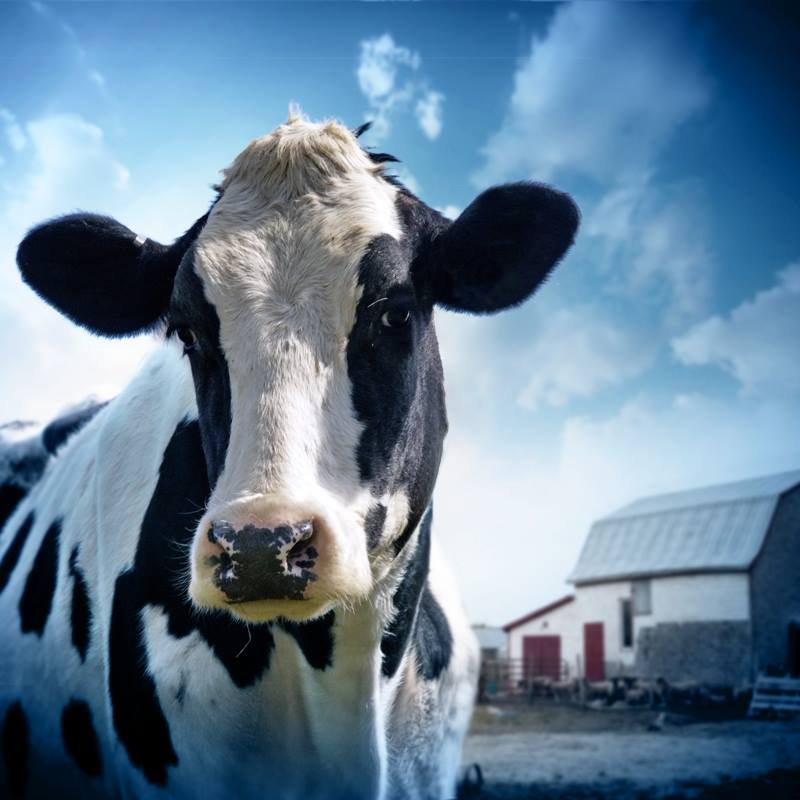 The Royal is located at Ricoh Colosseum and the Direct Energy Centre at Exhibition Place. Over 300 vendors will arrive to Toronto, showing off the crème de la crème of their production. If you like regal horse shows, the Royal is the place to be, since over 800 entries will compete in their respective divisions to be crowned a Royal Champion. Families can enjoy a pleasant afternoon in the President's Choice Animal Theatre to experience trained animals showing off their jaw-dropping tricks and learn about them too — a definite must for kids! 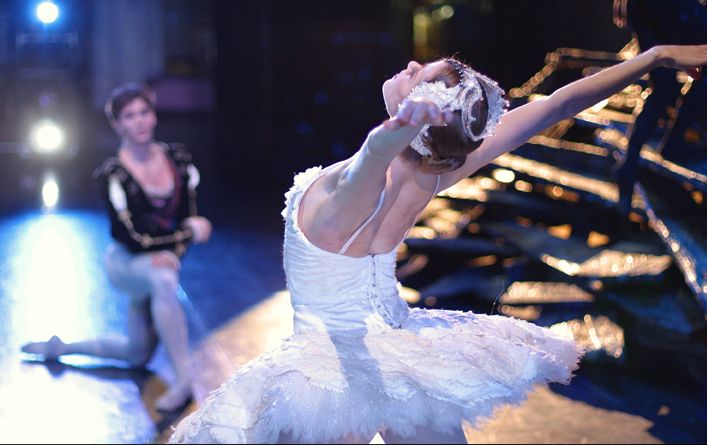 The National Ballet of Canada will bring one of the most romantic ballets ever made, the 19th-century fairy tale Swan Lake, to Torontonians at the beginning of November. The score of the ballet was written by the the most famous Russian composer at the time, Pyotr Ilyich Tchaikovsky. The choreography of this masterpiece was created by James Koudelka, OC, and the costumes and set design were created by Santo Loquasto.

The captivating Broadway classic and winner of nine Tony Awards comes to the Young People’s Theatre. Based on the book by Thomas Meehan, with the captivating music from Charles Strouse and directed by the amazingly talented Allen MacInnis, this story will brighten up any winter day! After escaping the orphanage, Annie sets off in search of her parents. In a series of adventures, the bubbly redhead with an amazingly positive outlook on life avoids the evil machinations of orphanage matron Miss Hannigan, befriends President Franklin Delano Roosevelt, and encounters a billionaire looking to improve his image. 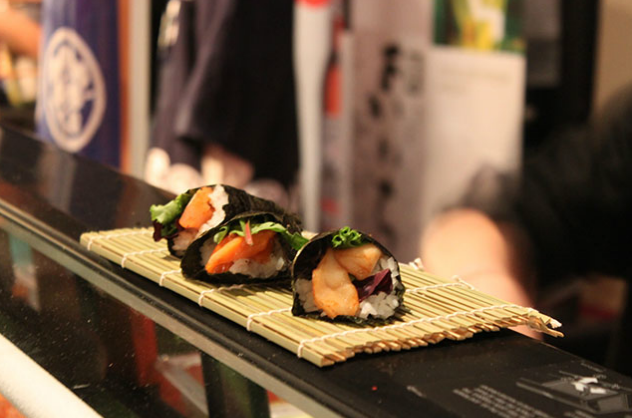 The expo will take place at the Metro Toronto Convention Centre. Prepare your taste buds for over 1,500 fine wines, spirits, and beers from all around the globe. The expo is both very educational and fun to visit, with bartenders showing off their amazing techniques of making cocktails that will make you want to stay forever. Each year, the Expo hosts close to 40,000 visitors. 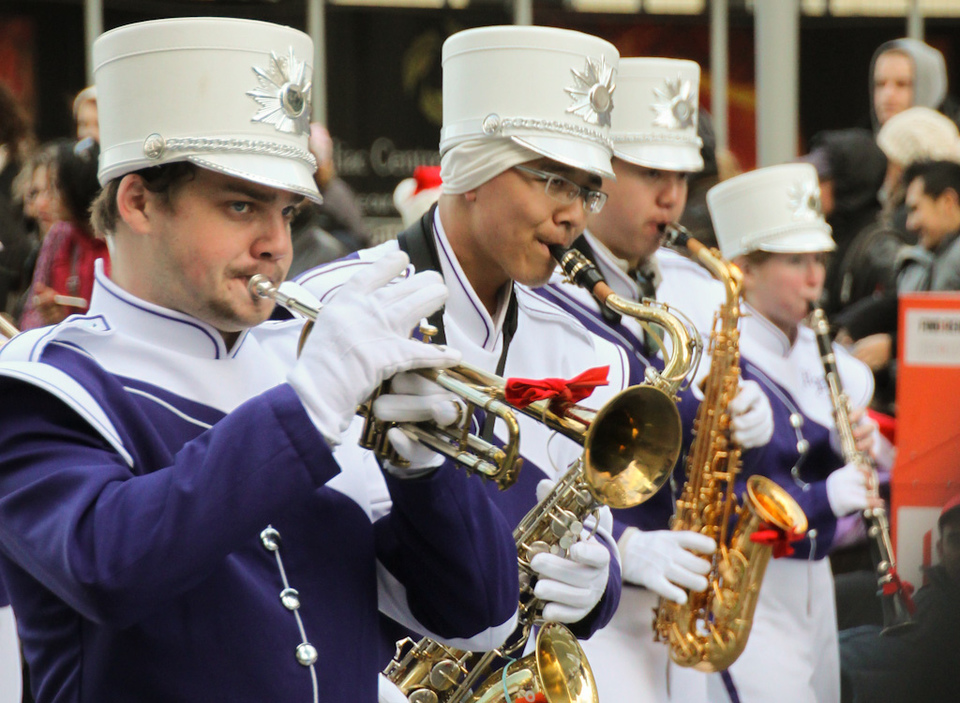 Jingle bells will soon fill Toronto! The Santa Claus Parade will be ringing in the holiday season for the incredible 109th time this year. Santa will arrive at 12:30 and follow the route from Christie Pits to the St. Lawrence Market. You can even get an app to track Santa! The organizers are very thoughtful and are even offering some tips to keep the parade green and more enjoyable. How cool is that!

Hot cocoa is an essential part of the parade experience. If you can, please pack your reusable eco-mugs. Not only do they keep cocoa warm, but they make way less trash for our city’s streets. 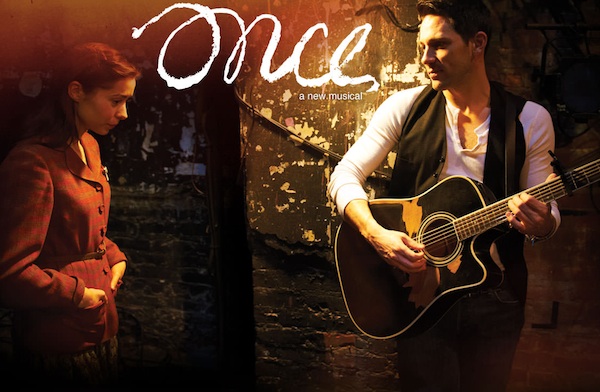 Winner of eight 2012 Tony Awards, including Best Musical, and a Grammy, Once became one of the top Broadway plays. The Royal Alexandra Theatre introduces this over-two-hour-long musical that tells the story of an Irish street musician that falls in love with a beautiful Czech pianist and becomes incredibly successful thanks to her insistent support of his music. Songs include the Academy Award–winner “Falling Slowly,” “Gold,” “The Moon,” and “Say It to Me Now” by Glen Hansard and Markéta Irglová. There's some adult language, so it's generally recommended for those ages 10 and up. 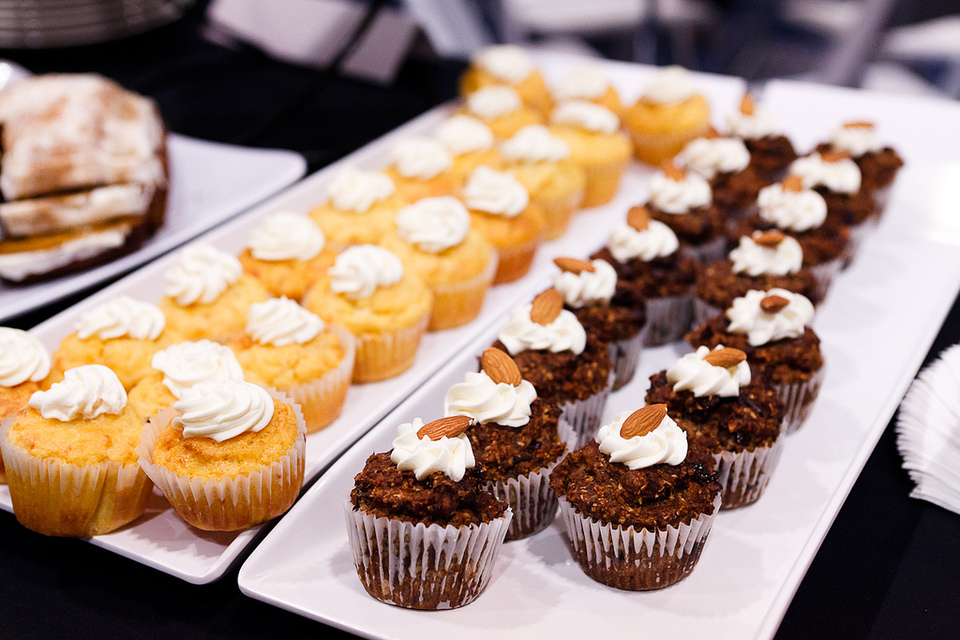 One of a Kind Christmas Show Sale

One of a Kind Christmas Show & Sale (November 28–December 8)

Attracting over 200,000 visitors annually to the Direct Energy Centre Exhibition Place, the One of a Kind Show is a Canadian shopping tradition for those in search of unique, handcrafted creations. The first One of a Kind Show, encompassed 25,000 square feet and 80 participants. This year, the show will host over 800 artisans, offering the most amazing Christmas gifts you could think of! 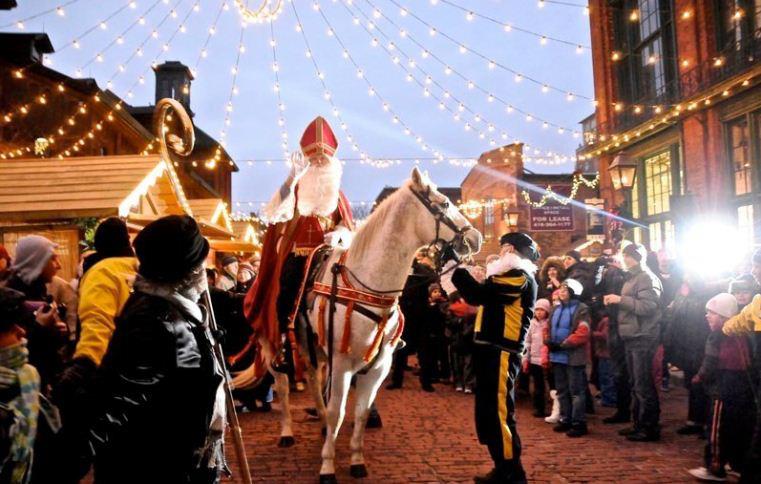 The historic Distillery District is hosting one of the biggest events of this winter, the annual Lowe’s Toronto Christmas Market. Inspired by the original German Christmas markets from the early 1400s, and influenced by traditions of the Americas, it captures all of the tradition, heritage, and charm of a European Christmas Market while showcasing hundreds of unique and local handcrafted products. You can look forward to the 45 foot White Spruce tree featured at this year's market, donated by Trees Ontario, musical performances (including carollers), Bavarian brass band concerts, classical organ concerts, trumpeters, children's choirs, and much more. 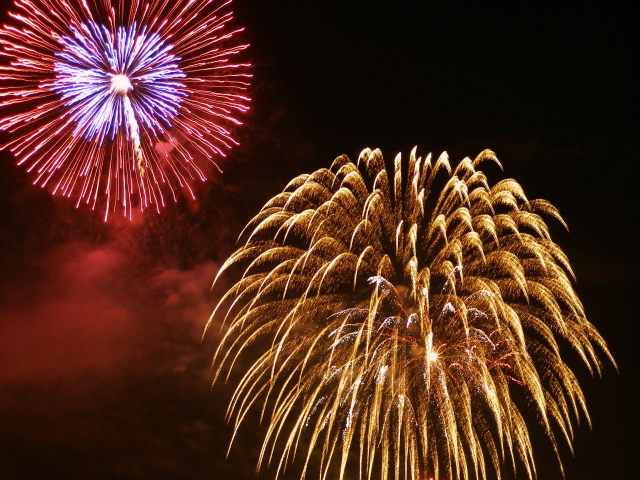 Saturday afternoon from 2:00 pm to 6:00 pm is the time to visit Rosedale Main Street BIA’s annual Cavalcade of Lights Festival. The highlight of the event will be the lighting of the 50 foot blue tree on top of CP Bridge at Scrivener Square. This year’s event promises to be bigger and better than ever, with a lot of exciting entertainment and activities planned along the shops on Yonge Street — from Woodlawn Avenue to Crescent Road. Children who love animals can visit a petting zoo with alpacas, reindeers, and many more, watch dog shows, listen to live music performances, take a picture with Santa, and even roast marshmallows in Ramsden Park!

Are there any other interesting events we forgot to mention? Let us know and we’ll be happy to add them to the list.