A ten-foot-tall birdcage with a young woman handing you flutes of champagne greets you at the door, and all of a sudden you feel like you're in a scene from The Great Gatsby. Located on Front Street East, between Yonge and Church, in the historic 1872 Beardmore building that once was the Nicholas Hoare bookstore, is a new restaurant boasting its whisky expertise.

The space is large enough to seat 100, with large tables made from 100-year-old whisky barrels and high-top seating, configurable for large parties or events. It has maintained its exposed brick, beam work, and gothic-inspired double-arched windows while adding towering chandeliers and disco balls.

You will notice the chandeliers at CC Lounge

Playing homage to the storehouse built in 1853 that this building sits atop, behind the bar there's a "tasting tunnel," mimicking the corridor that connects Windsor to Detroit, once used for smuggling alcohol by Al Capone, among others, during Prohibition. There, you will find a whisky expert and shelves of bottles for tastings. He knows everything you need (and don't need) to know about whisky.

You have to try the whisky at CC Lounge

I want to focus on whisky education when people come in here,

said the very kind and enthusiastic CC historian, James. The restaurant allows you to buy a bottle, and if you don't finish it, they'll store it for you until next time. In addition to over 100 varieties to drink in the tunnel that they will be changing seasonally, food pairings with artisanal cheeses, pickles, bread, fruit, and chocolate are not to be missed. 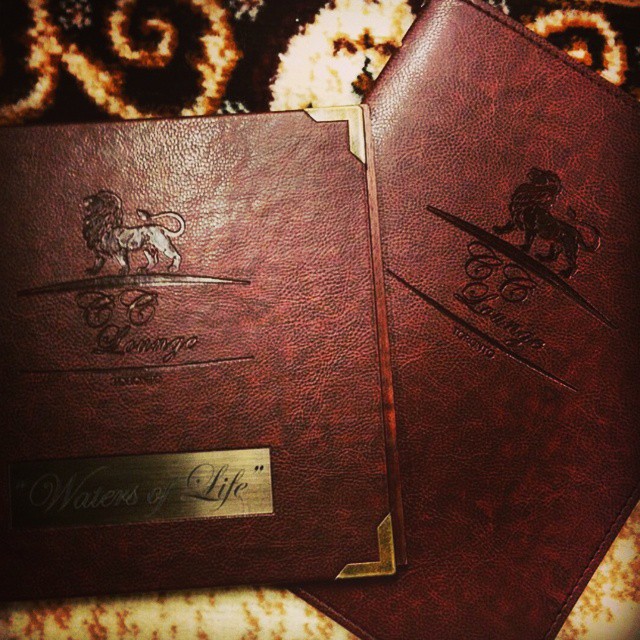 The rest of the food menu, led by executive chef Brent Richardson (La Carnita), consists of several starters — like a foie gras poutine with a sweet veal and beef gravy ($12), oysters covered in a mixture of lemon juice, horseradish, and seasonal mignonette (MP), and main dishes launching in January like fried quail and pancakes ($21) or pumpkin gnocchi ($18). CC Lounge doesn't shy away from themed cocktails either, like the Dizzy Dame ($13), with iced tea, ginger beer, and, you guessed it, whisky.

The owners have big hopes to stand apart from the crowd of Toronto's downtown restaurants and attract visitors and locals alike. CC lounge opens to the public this weekend.

The atmosphere during the CC Lounge opening evening