For many, the idea of "French cuisine" may conjure up images of sitting outside a charming neighbourhood bistro, people watching Parisians strolling along the Seine. Or maybe it’s white linen tablecloths and chefs and waiters whose attention to detail borders on obsessive. Our list of Toronto’s best French restaurants offers a little of Column A and Column B, so whether you’re looking for an intimate bistro experience or a slice of Old World fine dining, you’ve come to the right place. Entrez-vous.

In case you needed a reminder that downtown doesn’t have a monopoly on fine dining, Auberge du Pommier may be tucked away in a charming 19th-century cottage in North York, but has been a veritable Toronto institution since 1987. 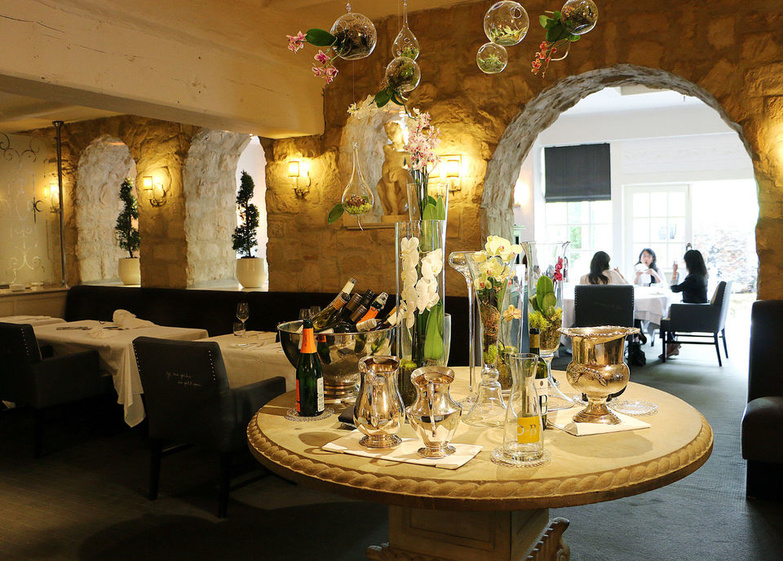 Recently voted one of the "Best Restaurants for Visitors to Toronto" by Where.ca, the Oliver & Bonacini-run standout has long been a favourite with locals as well, thanks to its modern takes on French classics—from roasted foie gras with Bartlett pear, parsnip purée, and almond oat crumble to Cornish hen with caramelized chestnuts, grape, and Cognac jus—and its rustic, yet upscale ambiance. 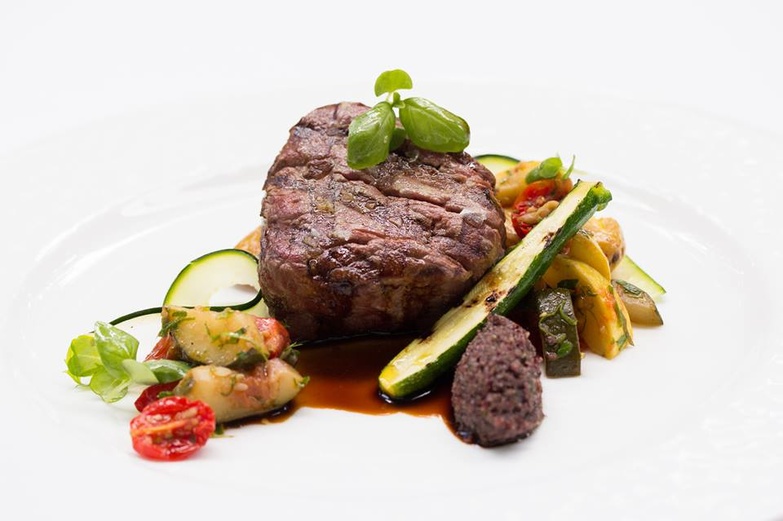 Chef Marc St. Jacques’ rotating seasonal menus pair perfectly with the elegant country inn setting: cozy in the winter with its wood-burning fireplaces and making full use of a lush patio in the warmer months, resulting in an incomparable experience no matter what time of year you visit. Combined with the restaurant’s impressive wine selection (which features more than 500 offerings), it’s all helped Auberge du Pommier to become a constant feature on Zagat’s Best Of lists, and a long-time Toronto favourite. 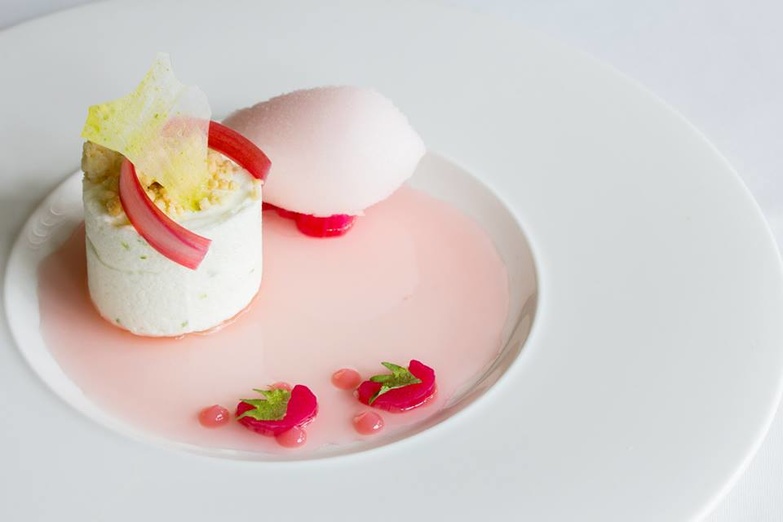 With its stamped-metal ceiling, subway tile floor, French movie posters on the wall, and Édith Piaf crooning out of the speakers, stepping through the doors of this King West spot is like being transported straight to an authentic Parisian bistro. 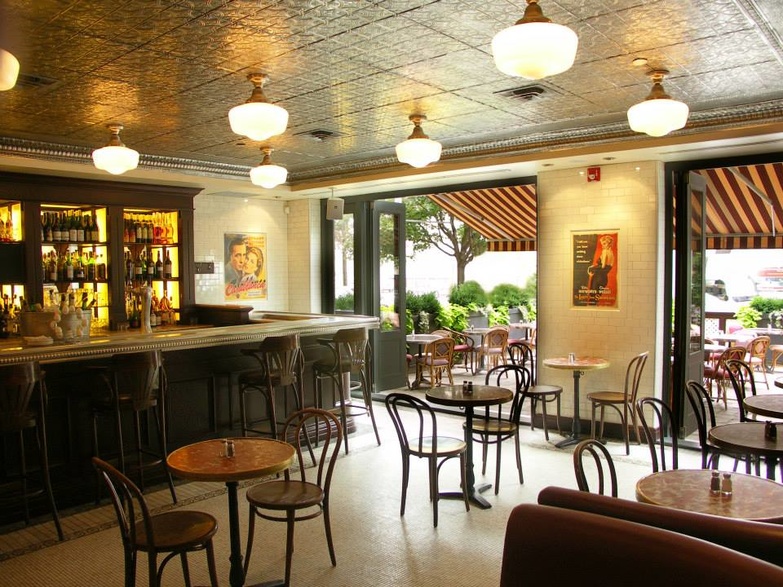 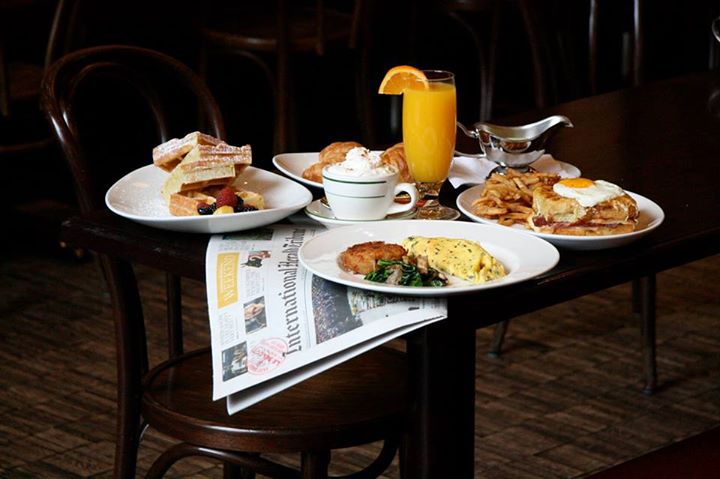 Of course, no French meal could truly be considered complete without wine, and Le Sélect boasts a wine list that may very well be the city’s biggest and best. With over 1,200 choices in their cellar, including vintages dating all the way back to 1947, Le Sélect’s extensive selection is less of a wine list and more of a wine novel. But on the off chance you can’t find a bottle you like among the approximately 15,000 on hand, you’re also welcome to bring your own for a modest $18-25 corkage fee. 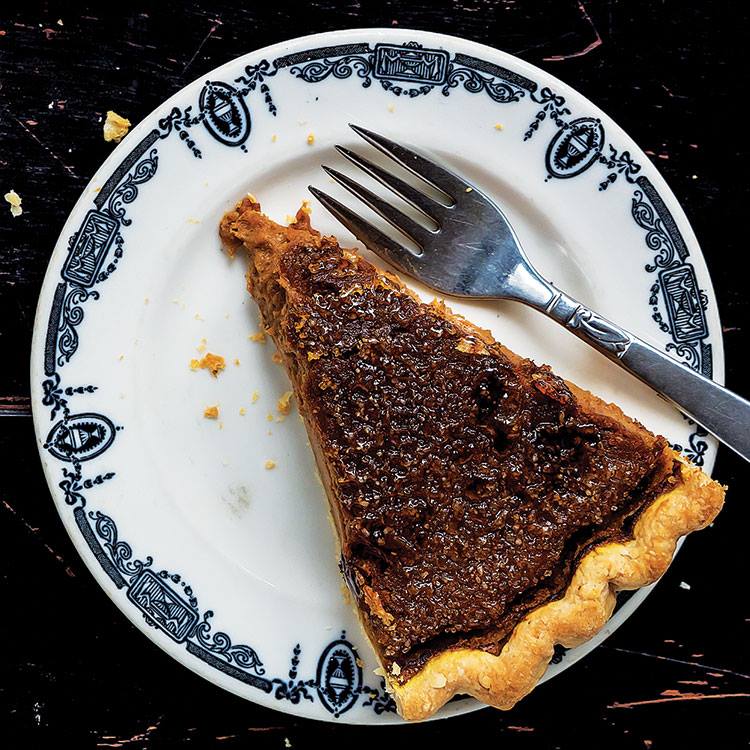 Ever since it first opened its doors in 1981, Scaramouche has been a fixture on 'best of' lists like this one, consistently ranked not just as one of Toronto’s best French restaurants, but as one of the city’s best restaurants, period. A true fine dining experience, it’s difficult to say what’s more impressive—chef/owner Keith Froggett’s haute French cuisine, or the restaurant’s stunning views of the downtown Toronto skyline.

Attention to detail is what truly sets Scaramouche apart, and every effort is taken to ensure a memorable dining experience. Attentive yet unobtrusive service gives way to exceptional, sophisticated dishes presented with the utmost care, such as spicy steak tartare, hand-made pasta, and bacon-wrapped quail. And for dessert, there’s the restaurant’s signature coconut cream pie (if you find yourself hooked after one bite, not to worry, whole pies are also available for take-out).

If you’re looking for elegant French cooking, Scaramouche is hard to beat—a position it’s been holding down on the Toronto culinary scene for an impressive three and a half decades, and counting. This is a restaurant that puts the special in special occasion, albeit with a price tag to match.

One of Toronto’s best French restaurants is also one of its newest, as Chabrol opened its doors just last November. But the Yorkville hotspot is already making waves in the local Toronto food scene, thanks to Cava co-owners Niall McCotter and chef Doug Penfold. 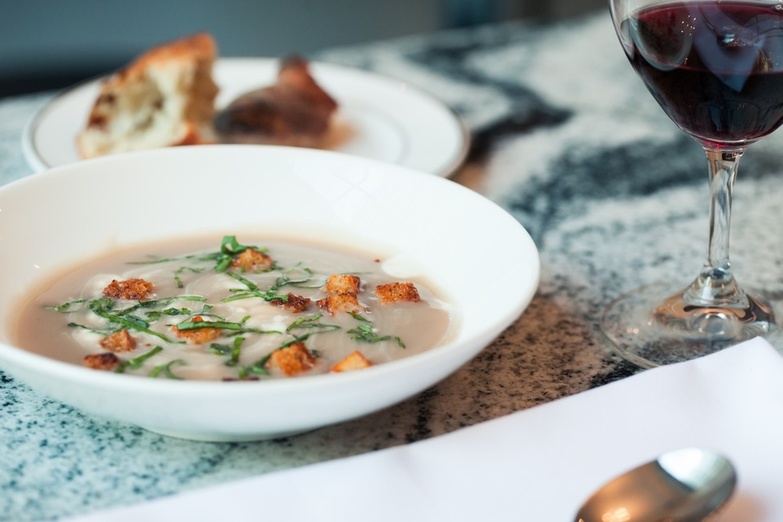 After mastering tapas with their midtown Spanish standout, the pair decided to focus on cuisine from southern France for their latest venture, with a menu featuring standouts like their signature dish "Ttoro" (a Basque seafood stew similar to a bouillabaisse) and hearty braised lamb, along with tartines of cured trout or rabbit and braised endive, both served on bread made in house. But make sure to save room for dessert, because Chabrol saves the best for last: a delicate apple tart topped with Calvados Sabayon, sure to send diners home happy. 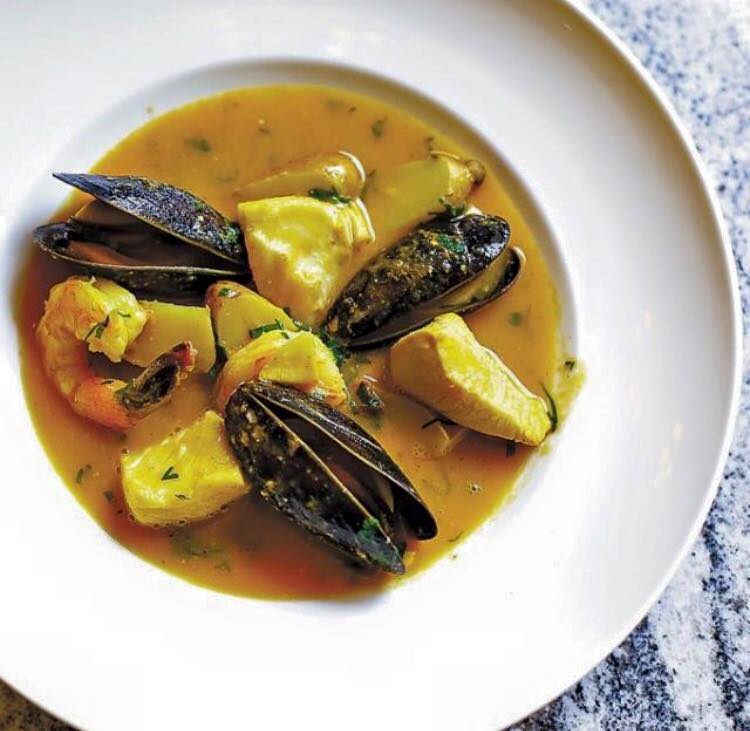 Operating out of the space formerly occupied by Le Trou Normand and set back off Yorkville Avenue, this charming little restaurant is on the small side, but seating will be nearly tripled come springtime once the courtyard patio opens up, allowing restaurant-goers to sit back and pretend they’ve been whisked away to Paris, even if it’s just for an evening. 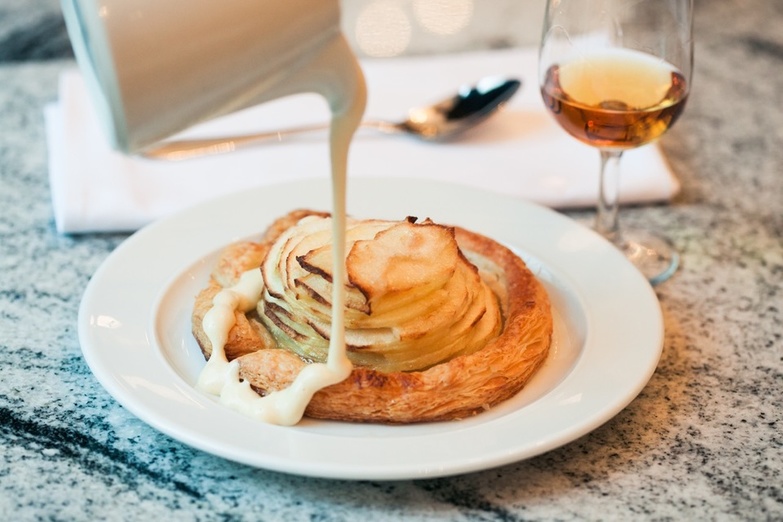 Celebrated French chef/restaurateur Daniel Boulud’s culinary empire has outposts around the world—from New York to London, Las Vegas to Singapore—but his Toronto flagship debuted to less than rave reviews when it first opened. Both the menu and the space at Café Boulud have since undergone a complete overhaul, resulting in a more casual brasserie experience, along with much happier restaurant critics and diners. 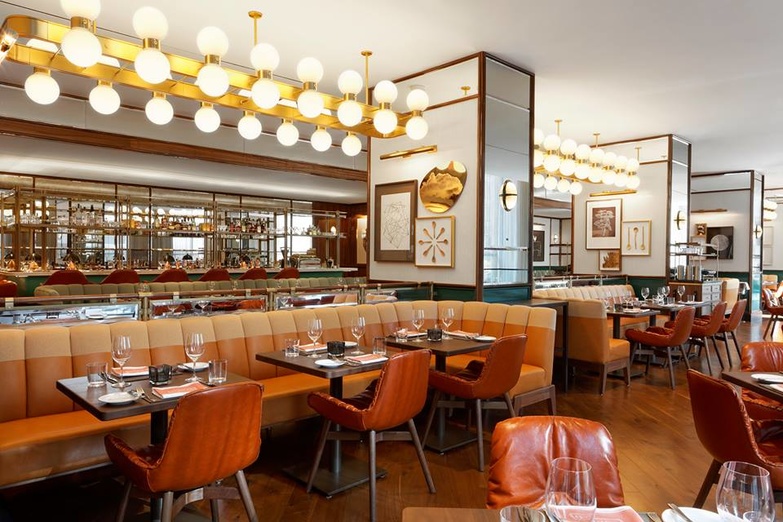 Enter and find yourself in France.

But while the vibe at Café Boulud may be less formal these days, make no mistake. This is still a stylish, upscale spot to grab a bite, thanks to herringbone Hermès wallpaper and green leather banquettes (a nod to its French brasserie inspiration). The new menu has a similar feel: classic French comfort food cooked with modern flair.

So Vietnamese-inspired bouillon pho and grilled kale share a menu with salade niçoise and steak frites. And borrowed from Boulud’s DBGB in New York, there’s the Frenchie Burger, a seven-ounce patty topped with morbier cheese, dijon mustard, pork belly, tomato-onion compote, and arugula. All while a rotisserie imported directly from France spins chicken, seafood, and even golden pineapple for dessert. 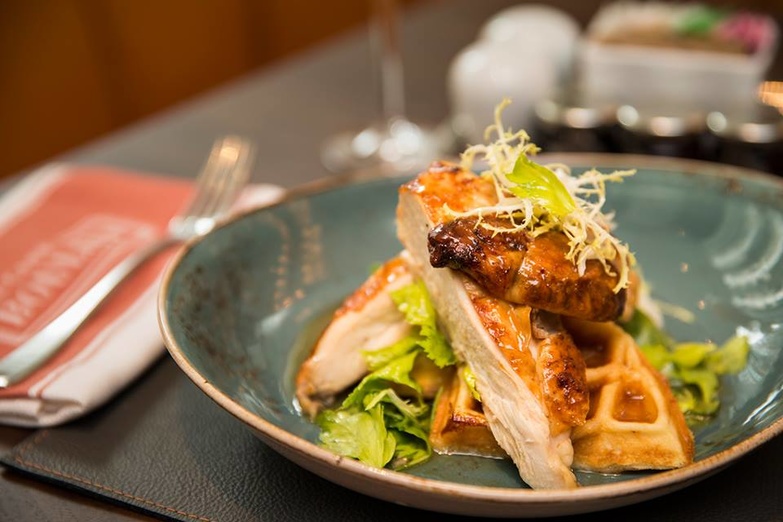 In its new, more laid-back incarnation, Café Boulud finally gives Torontonians what they expected from the master chef all along: a French restaurant worthy of being called one of the city’s finest.

I just LOVE Café Boulud. It’s the best, most inovative french restaurant in town. Would recomend everybody to try this one. 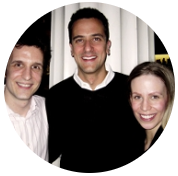