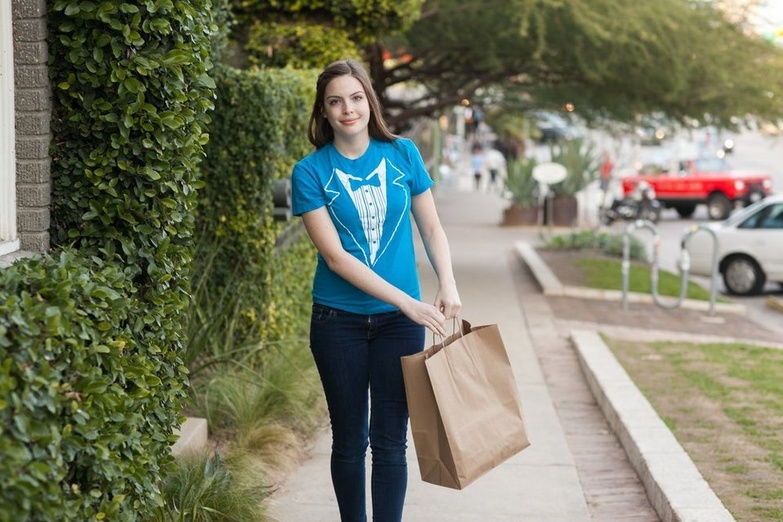 We've all had those days where we can't possibly keep up with everything we need to do and panic can quickly set in. But there's no need to panic thanks to Favour Delivery – the app that delivers virtually anything you need right to your door. Favour first launched in Austin, Texas in June 2013 and just arrived in Toronto in August 2015.

"Since launching in Austin two years ago, we've been able to fine-tune our delivery model, making it easy launch in new markets. We are continually looking to expand in the U.S., but saw Toronto as a massive international opportunity that we felt we could tackle,"

Right now it doesn't cover all of Toronto. Its limits are north to Dupont, south to the water, west to Parkside Dr. and east to the DVP. But PR Manager Tina Heileman says that Favour will be expanding throughout the GTA, they just want to ensure they're putting customer service first and not expanding too quickly.

To get started, simply download the Favour app, input your name, phone number and address and you're ready to start shopping for whatever you need delivered.

explains Heileman. And once its been delivered you can pay the tip right from the app when you're prompted to so everything is completely cashless.

"The average delivery time is 35 minutes, but times can vary depending on demand, traffic, and restaurant wait times. We always keep you posted on the status of your order via push notifications and texts from your runner."

"your runner is a text or phone call away,"

says Heileman. Just click on the text message or phone icon in the app on your favor to get in touch with them. 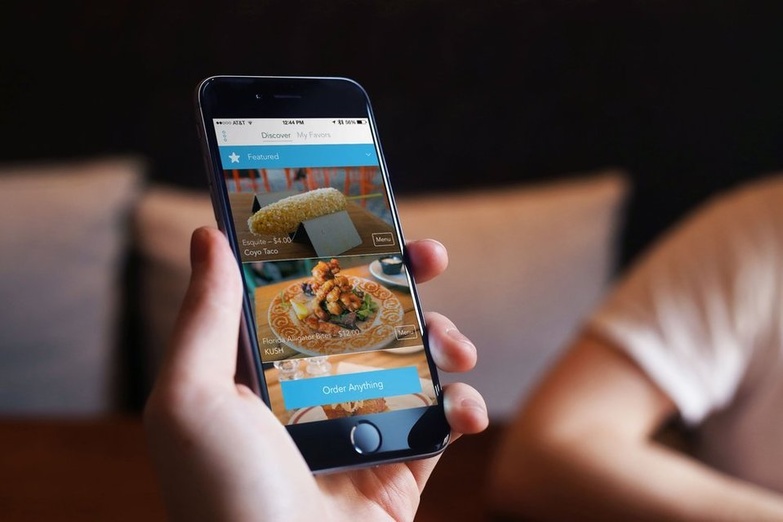 Toronto at your fingertips by Zachary M.

Favour runners will get you whatever you need, and they can be a great help. Amy Smithers, shared her experience as a Favour runner with Toronto Life:

"I’m basically a personal assistant for someone new every day. I usually deliver food, but sometimes it’s random stuff. Once, I brought roses and fruit to a guy’s girlfriend who was having a bad day. Somebody forgot their keys at home, so I picked them up and delivered them to the office. I’ll never forget delivering $100 worth of McDonald’s for an office lunch. The manager of the store had to help me fill up all the fountain drinks."

So what's the cost of having your every craving or errand delivered right to your door? You'll pay a $6 delivery fee along with a processing fee which is 5% of your whole order, plus a tip for your runner.

Don't know where to order from first? Heileman explains that in Toronto, some of the more popular places people order from are McDonald's, Wilbur Mexicana, Banh Mi Boys, Fresh, and Tim Hortons, but that you can order almost anything!

When Favour launched their service last year, they've listed on their website, mobile app, and a press release restaurants like Khao San Road, Burrito Boyz, and Pizzeria Libretto. It's clear that you can get almost whatever you need delivered, however, some of these restaurants asked to de-list their menus from the website and app. As Heileman told BlogTO, Favour decided to feature some of Toronto's popular restaurants in order to reach customers while launching in a new market.

And what about customer reviews? Although experiences of course vary, you can get an idea of how people feel about the app if you check out the reviews on Google Play where it's been given a rating average of 3.8 out of 5 stars. One reviewer, who gave the app 5 stars, says

And another review called it "a lazy man's dream!" Of course, perfection isn't possible. One reviewer reported in Google Play that

"The service is great but the latest version of the app is super buggy."

He reported having issues with closing the app and the app's rating functions. So it is possible you'll encounter some hiccups with your order. If you do, consider doing what one Yelp reviewer did and contact Favour's Help Desk. She reported

"Their help desk was super quick on the response time, and gave me clear and easy directions on how to include all the info needed. I highly recommend Favour, for the customized service, real people at help, and strong communication throughout the process. 5 stars!" 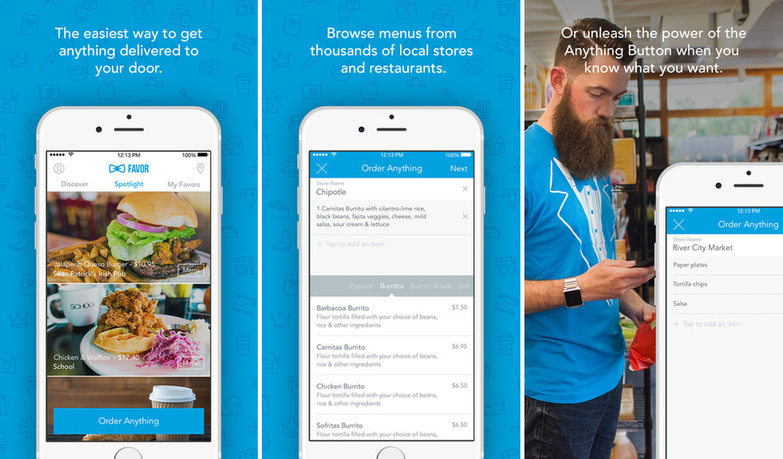 Overall, users usually rate the app as very helpful, and the staff as being very friendly. Besides that, we have to mention that they deliver from any restaurant downtown. Very convenient.

Have you or will you give Favour a try? If you do, let us know about your experience in the comments below! Favour is available for iOS and Android. Try it out for yourself and let us know what you think!

2 thoughts on “Busy day? Need some help? Call in a Favour.”

Great article. SO much to take in. Keep up the great work. 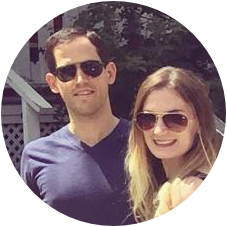