The Internet loves lists: the top 10 action movies, the worst 10 football fumbles, the 10 most watched Oscar moments, and six easy weight-loss secrets of the rich and famous. The list goes on.

Well, here is yet another list, but with a caveat; when you're dealing with a place as large and diverse as Toronto, titles like 'best' and 'worst' are even more troublesome than usual. Given that,  the places below aren't the absolutely, no-doubt-about-it strangest restaurants in the city. But they are pretty darn unusual. 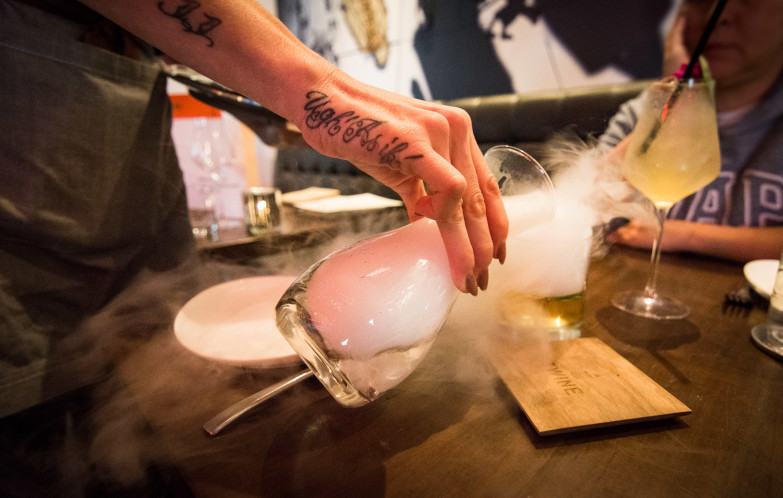 Following the success of its Montreal branch, Canada's first dining-in-the-dark restaurant opened a second location in Toronto in 2009. The idea is to heighten the sensory experience of eating by completely removing the visual element: patrons eat in pitch darkness, served and assisted by visually impaired waitstaff. 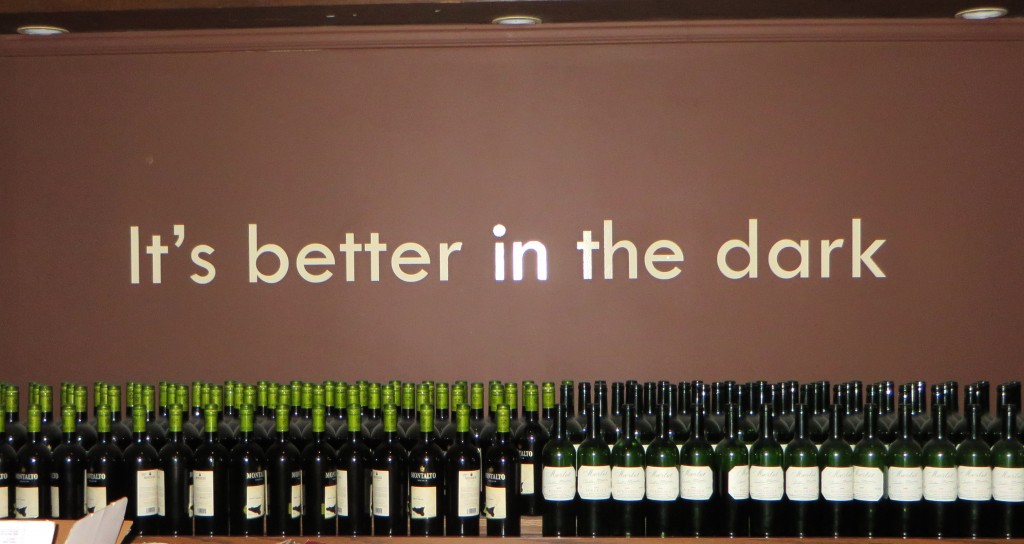 Typically, all food selections are made in the lit area of the restaurant. Orders placed, diners are then led into the darkened dining room, where, apparently, eating without seeing isn't as difficult as one might think, although you may have trouble recognizing what you're eating at first—so thoroughly have many of us come to rely on visual cues. For added mystery, you can order the 'surprise' option for any of the three courses O.Noir operates entirely on a prix fixe basis.

Those with a more restrained sense of adventure can sightlessly savour dishes such as filet mignon, pesto chicken, arugula salad, and chocolate mousse. A two-course meal is just over $30, not counting tips and taxes, while the three-course version is just under $40. 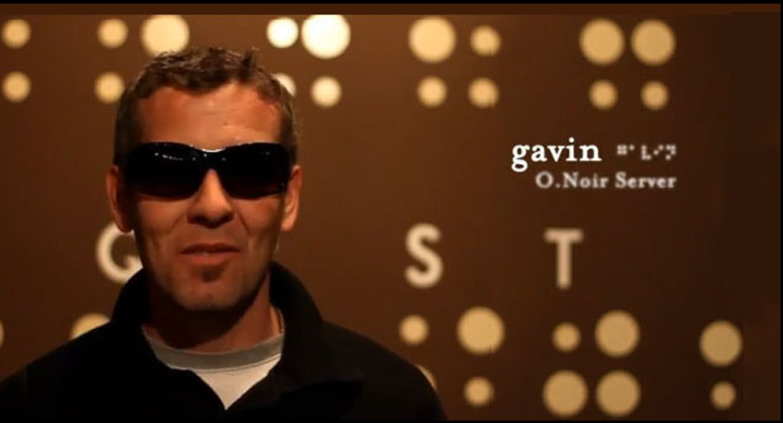 These are the figures that shaped us is scrawled above the secret entrance to what has to be one of the coolest theme restaurants in the city. These figures the wall speaks of are comic book characters, cartoon personalities, movie idols, and pen & ink superheroes which adorn every corner of the space.

Figures is a full blown homage to your favorite comic book heroes, all with a secret entrance to the restaurant masked like a comic book and memorabilia shop. 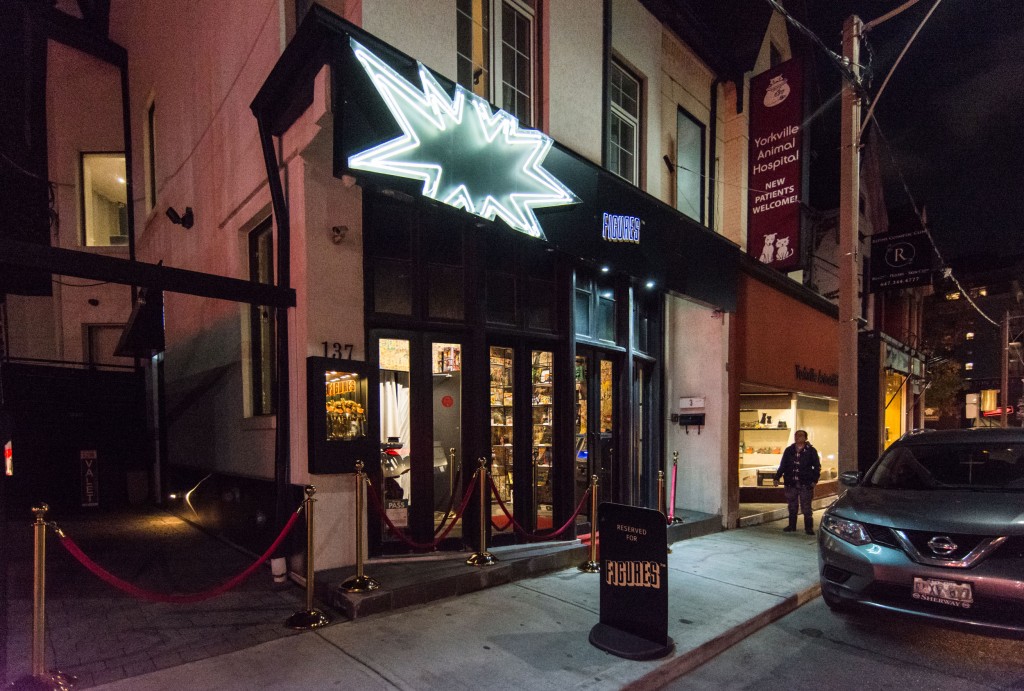 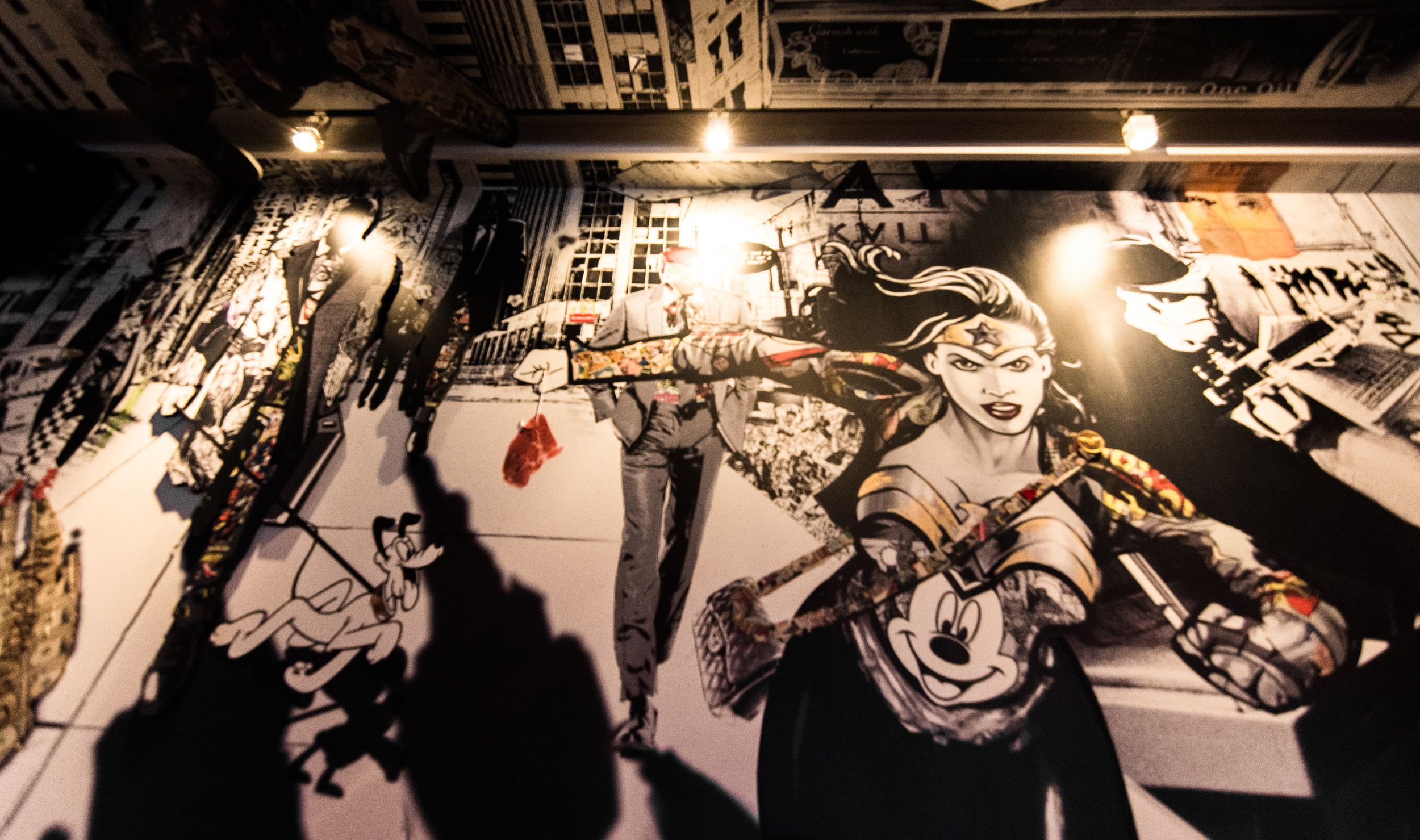 Their menu consists mostly of sharing plates or Canadian twist on tapas both with vegetarian options, sea food and meat. Most desserts are also meant to be shared, so they cover things like mini ice-cream cones, do-it-yourself s'mores and other fun treats that can evoke a nostalgic feeling of your childhood. 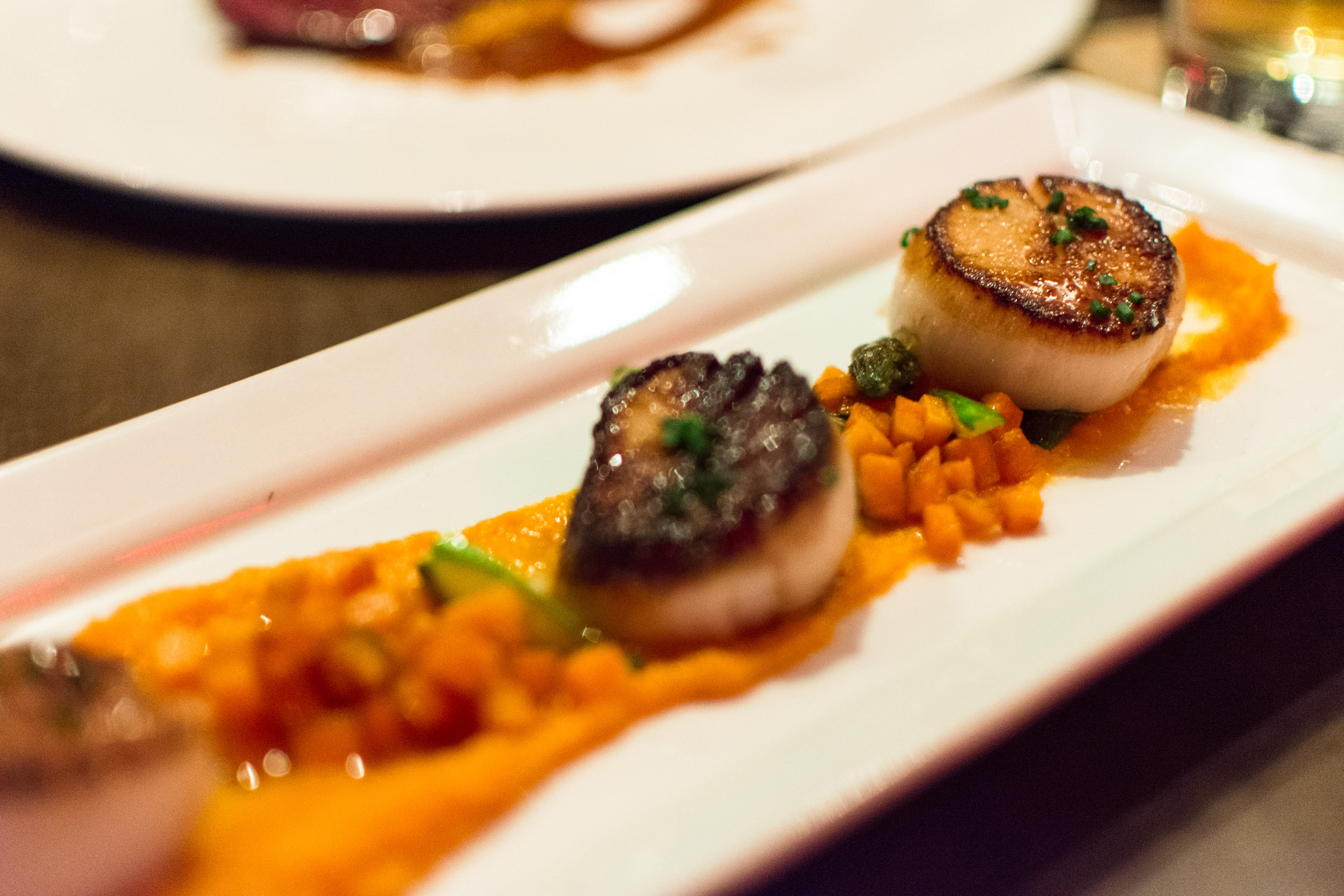 As for their drink menu, if you only decided to go to Figures for a cocktail, you won't be disappointed. Clearly their main creative focus went into creating and naming all of their cocktail combinations. They have a huge wine list and a very extensive cocktail menu, with 10 comic-inspired choices like Johnny Blaze or Dumb Grandson Pep Talk, as well as 10 classics with a twist. 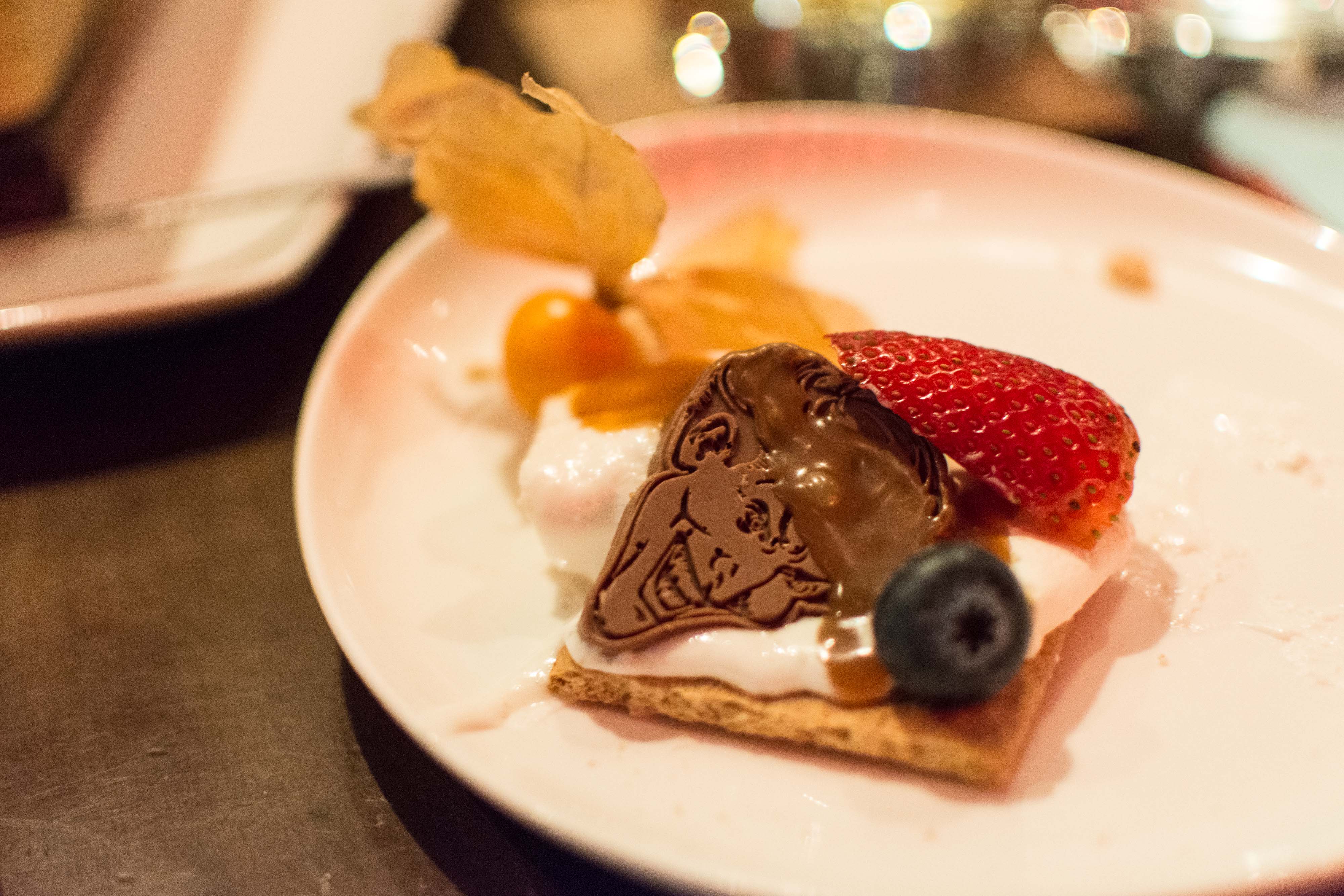 This one's the winner for ambiance, hands down. We have rich colours, a wooden floor, ornate hanging lanterns, elegant onion-dome archways, potted palm trees (which may not be real, but still), and booths hung with shimmering curtains to mimic the walls of the particularly sumptuous tent. In the evening, belly dancers come out to shimmy and wiggle.

There's also food, if anybody cares. 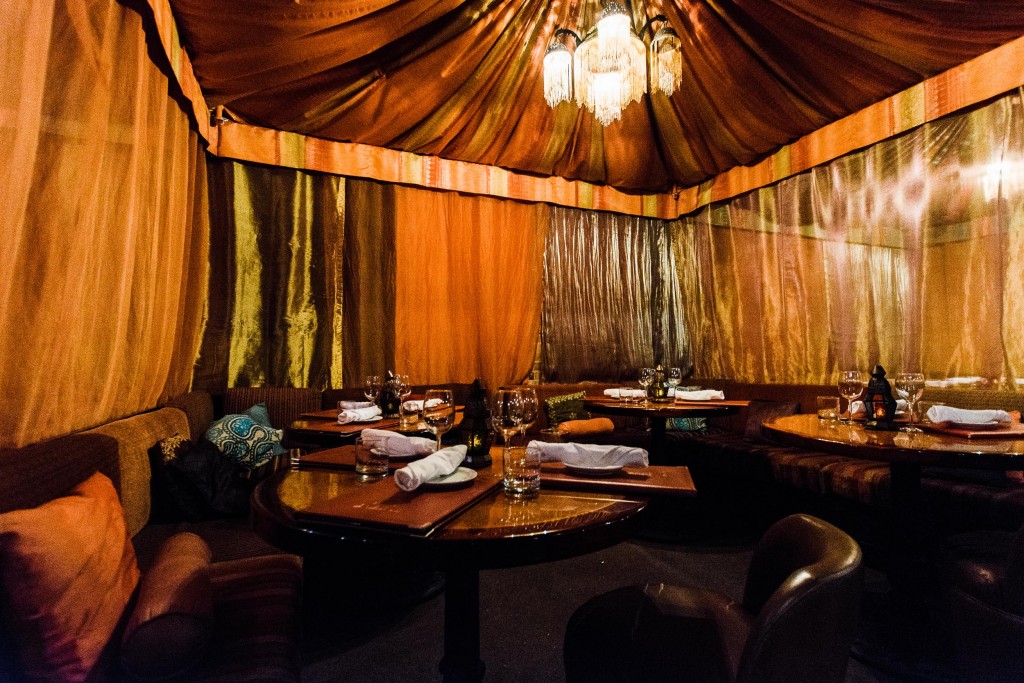 The first Sultan's Tent existed for many years at Yorkville and Bay, before having to relocate in the face of an up-and-coming development in 2002. The new location at 49 Front St. E. is not only larger and more luxurious, but is also a historically notable building in its own right.

The Dixon Building (as 49 Front is known) was built in the 1870s, and originally used as a warehouse. It is—according to the Canada's Historical Places—one of the few buildings in the province with a cast iron facade, which was apparently all the rage back then. 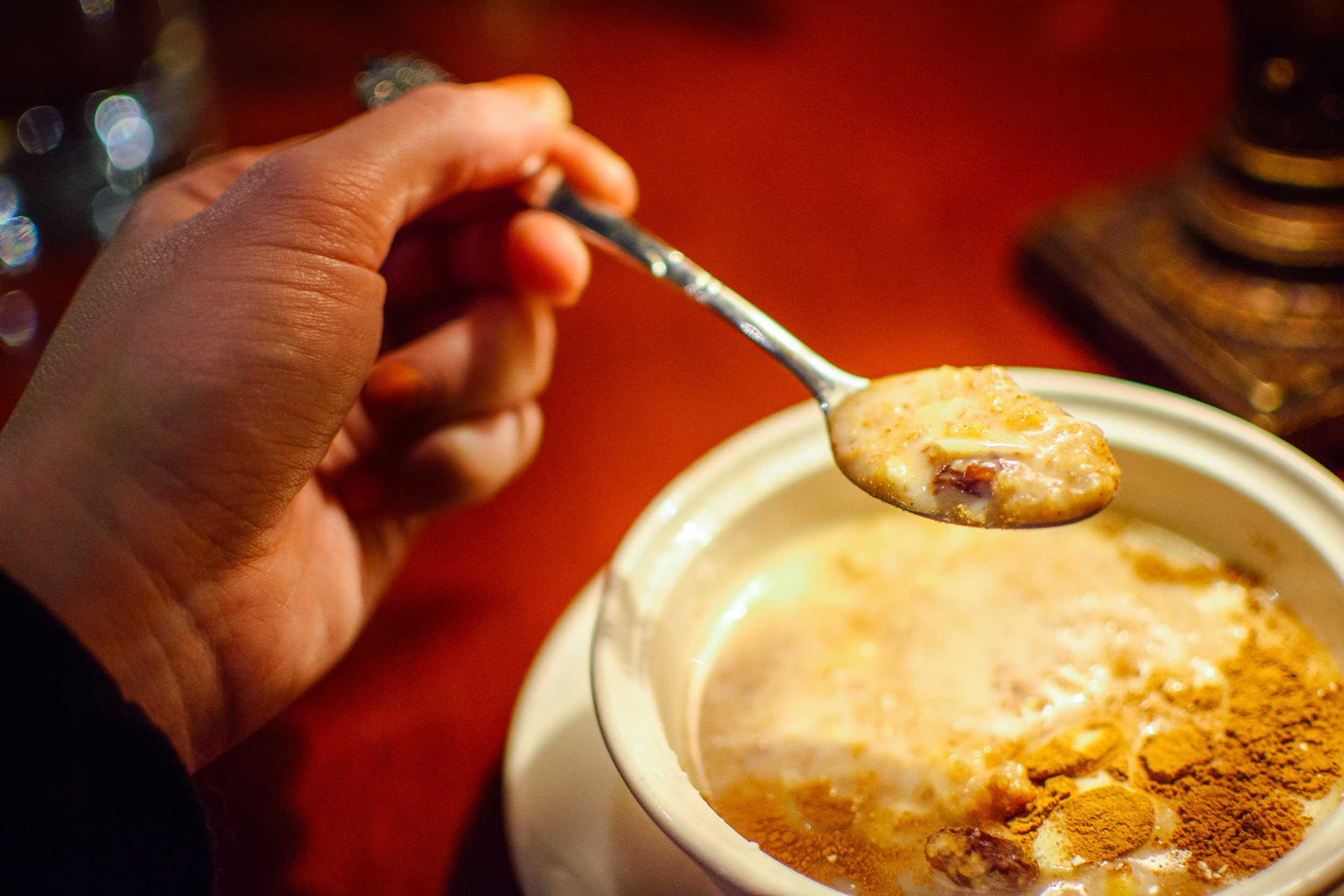 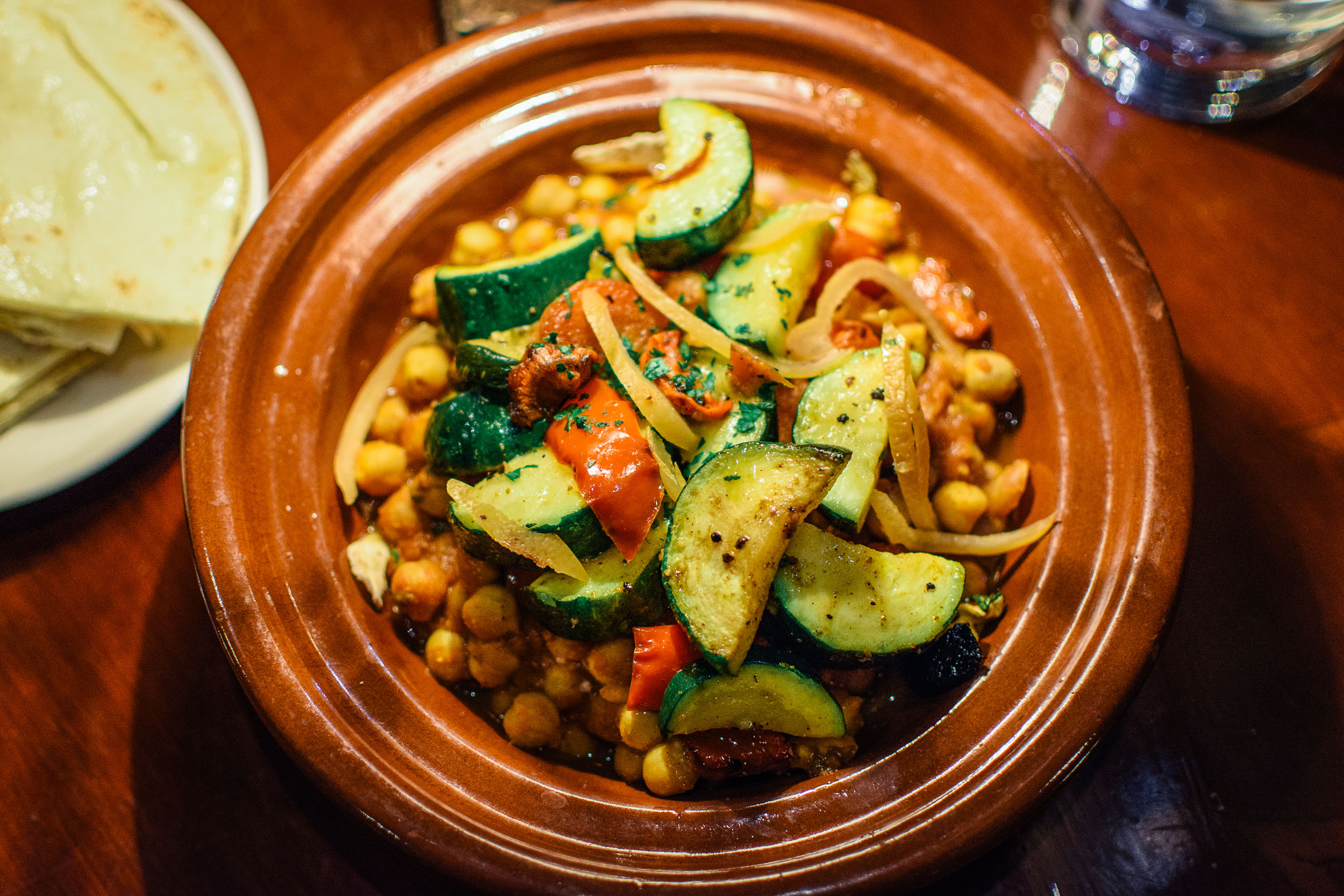 The Sultan's Tent falls under the broad heading of 'ethnic', based as it is on French Moroccan culture and cuisine (or a romanticized Western version of it, anyway). The Café Moroc is apparently based on Rick's Cafe from the movie Casablanca.

This means that you can order Harira soup, lamb provençal, escargot, and pistacchio strawberry cake for dessert. I admit, this doesn't sound very Arabic to me, but the focus here is on French Moroccan dining. If you want something really exotic sounding, order the Casablanca Burger and be done with it. Appetizers range from about $6 to whatever the market price for oysters is at the moment. Entrees hover between $17 and $39 (for the lamb), at least in the case of the dinner menu. Lunch and brunch are a little bit less demanding on the wallet. 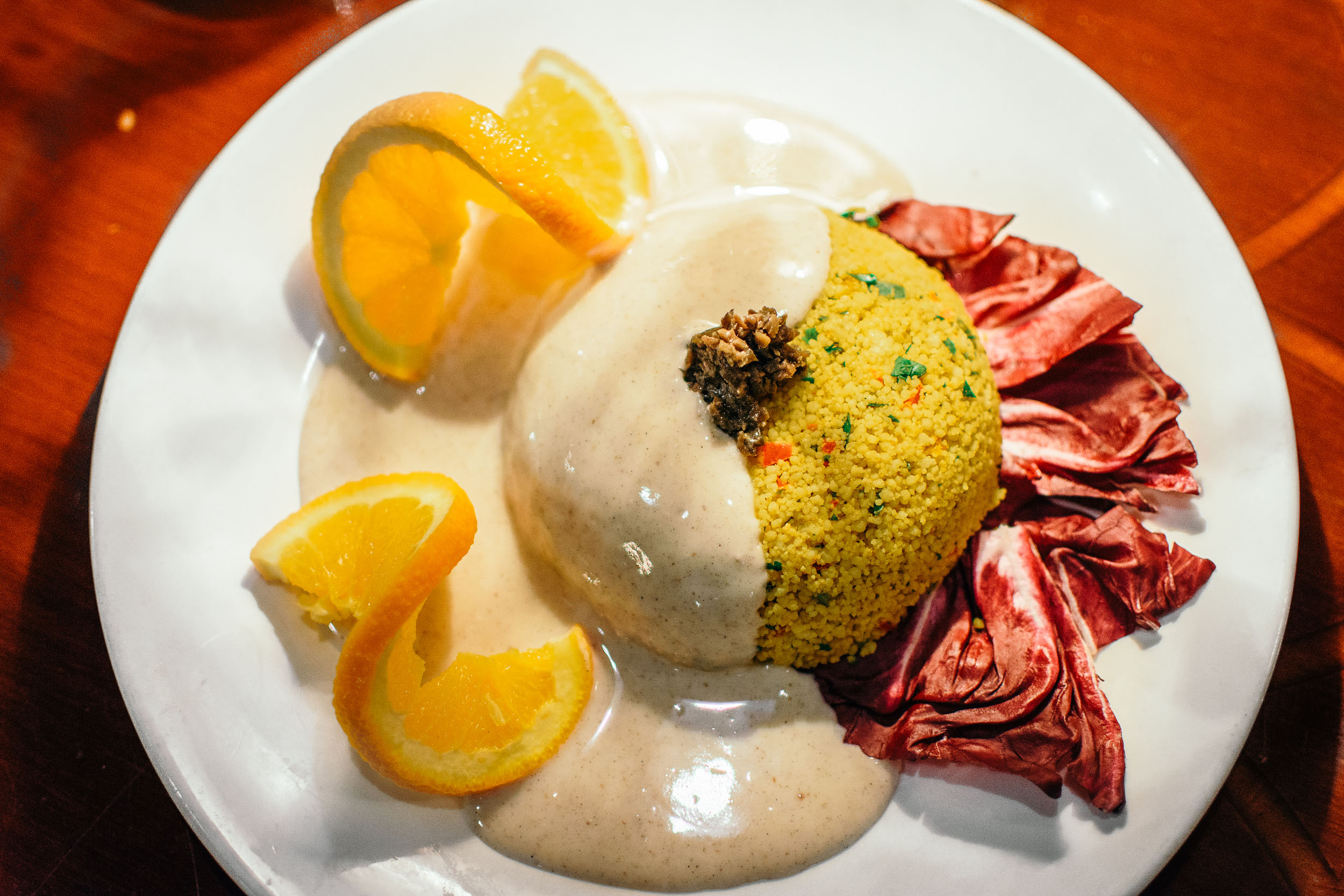 Who would have thought that inside the most tourist-infested place in Toronto, one could find a fine dining spot with a definite focus on Canadian ingredients and dishes. Right inside the CN Tower, there's 360 Restaurant, providing it's guests with magnificent views and great food. 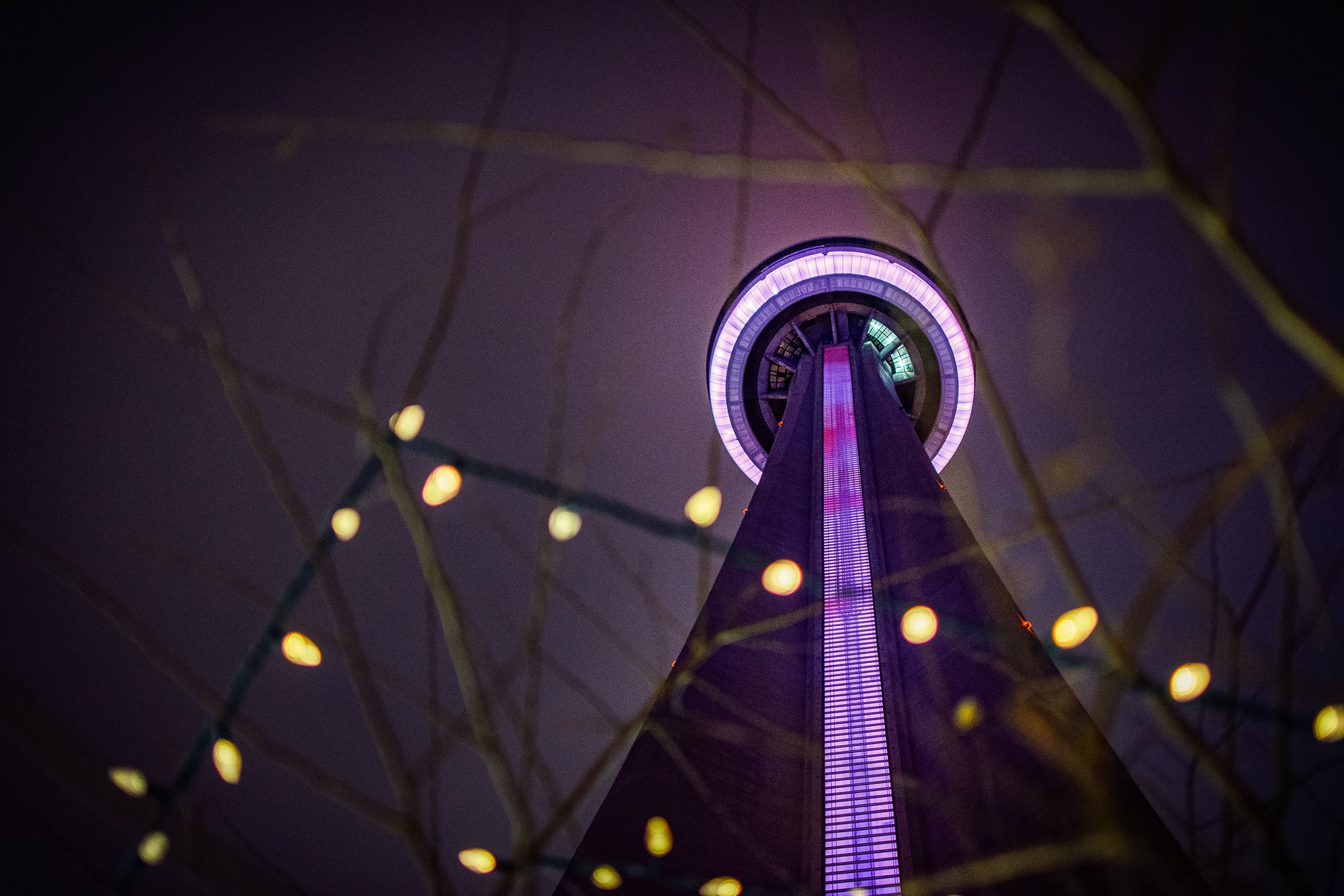 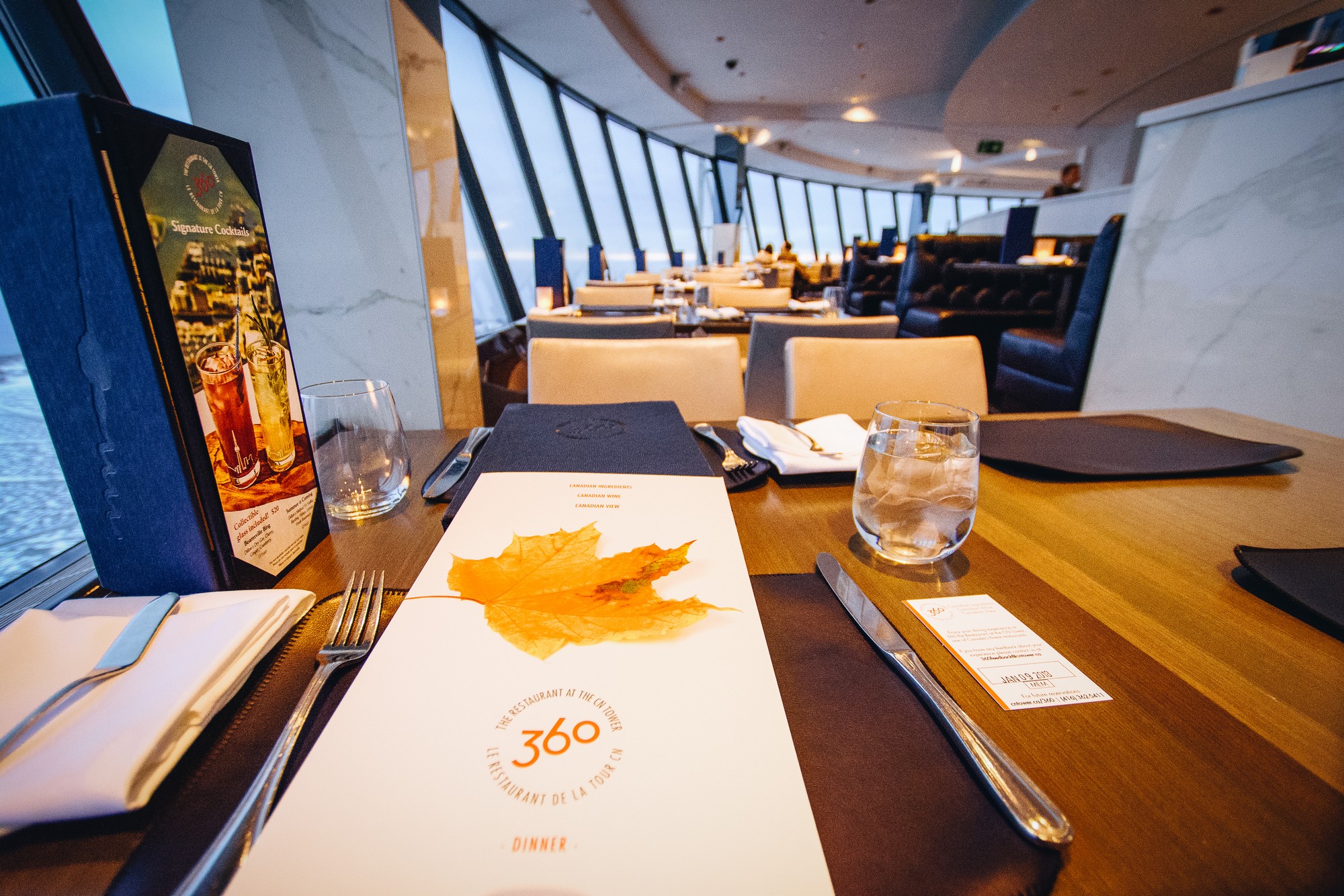 The restaurant is named after the fact that in rotates  full 360 degrees every 72 minutes giving spectacular views of the entire city from over 1,000 feet above.So if your business dinner is too long, at least you have a new scenery to look at every few minutes. 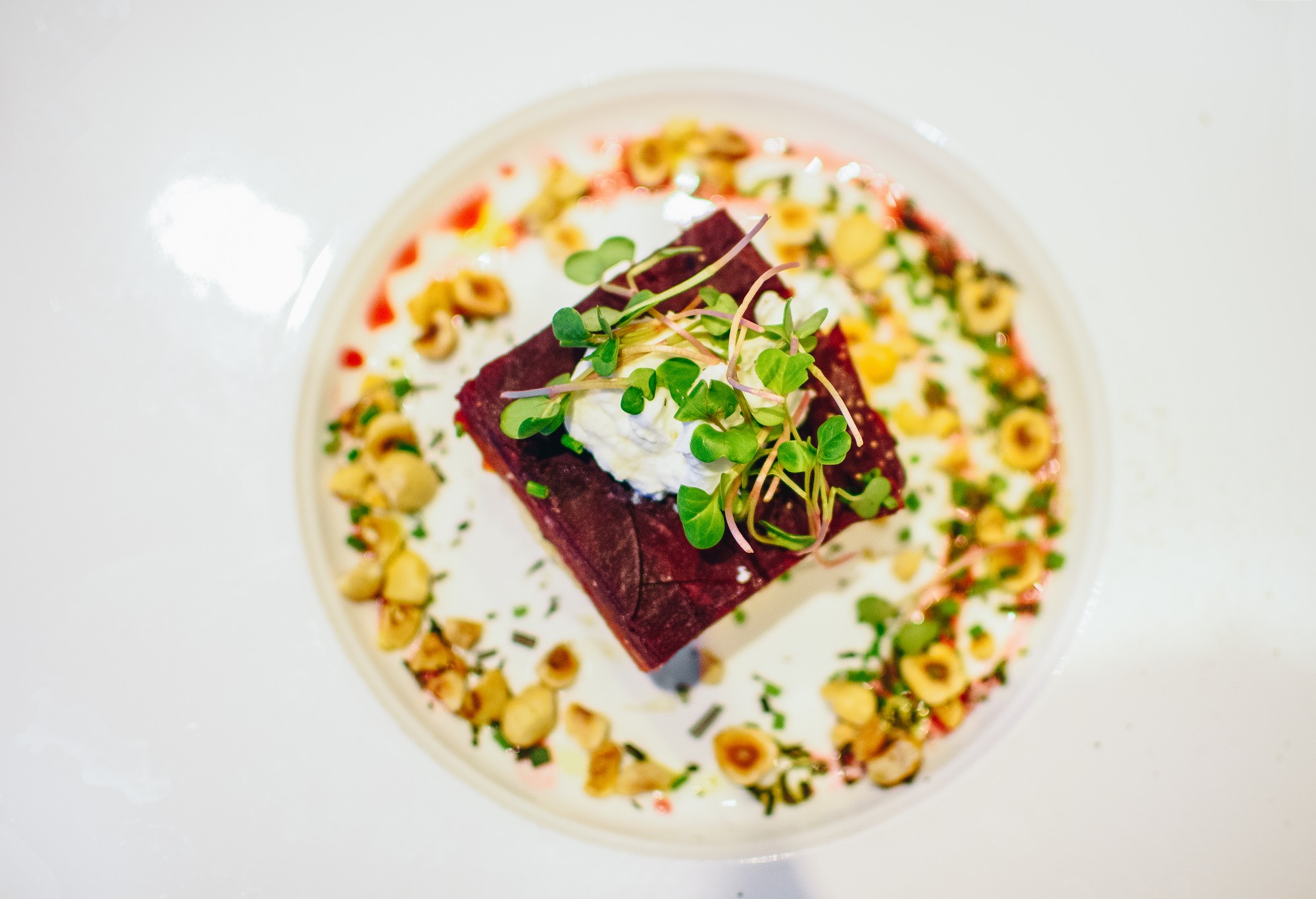 The menu is strongly Canada-centered, with many local dishes that don't seem much adventurous. It is a prix fixe menu where you can choose from a 2-course or 3-course options for $65 or $79 respectively. There is an a la carte menu as well for grilled meats and seafood. 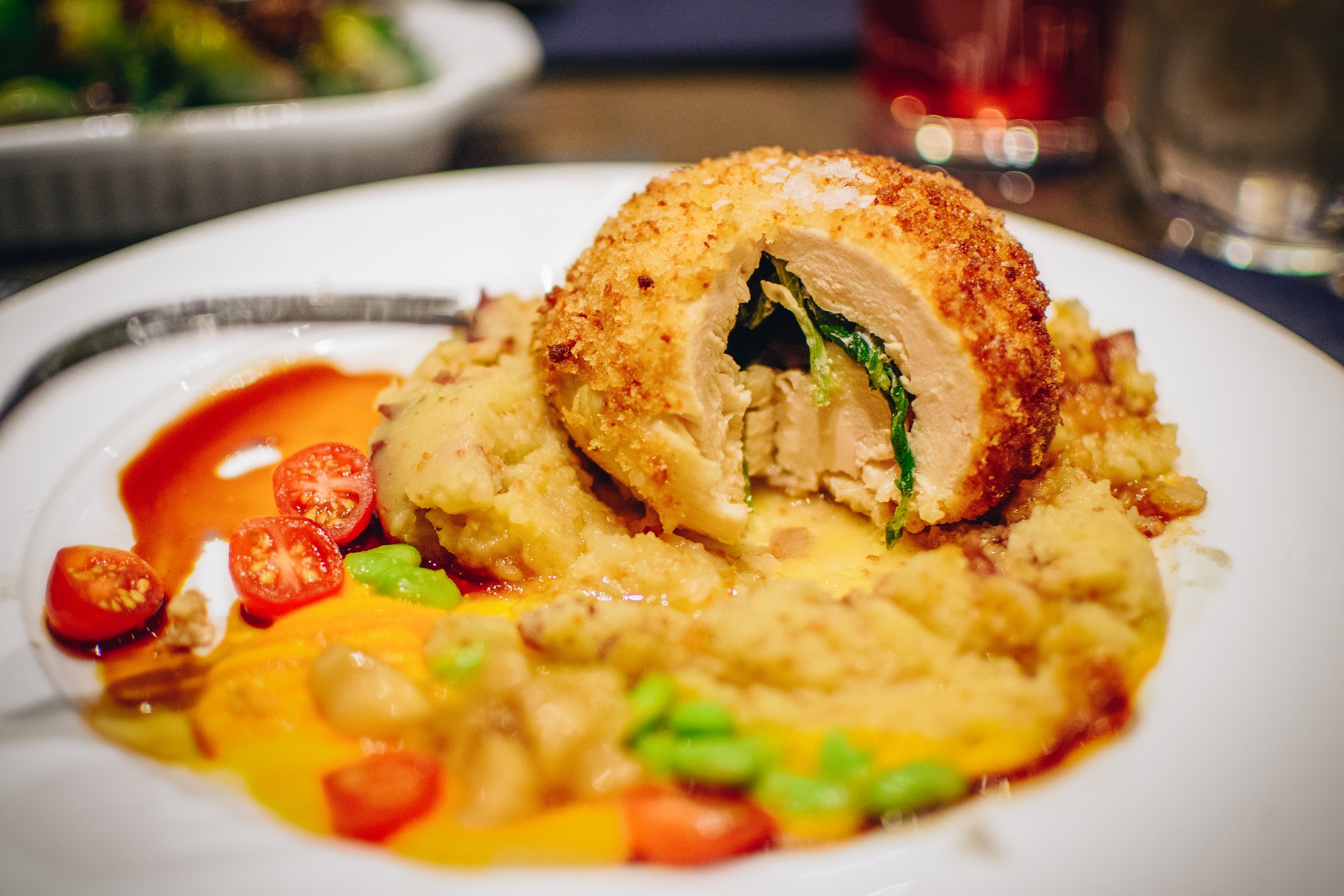 There are 7 desserts to pick from, or add onto your a la carte order for $14. They are more creative, more Canuck takes on typical fine dining desserts with ingredients that we have come to understand as purely Canadian.

They also have an extensive wine list and classic cocktails with Canadian names like Gord's Last Word, Toronto Islands, or CN Spritz. 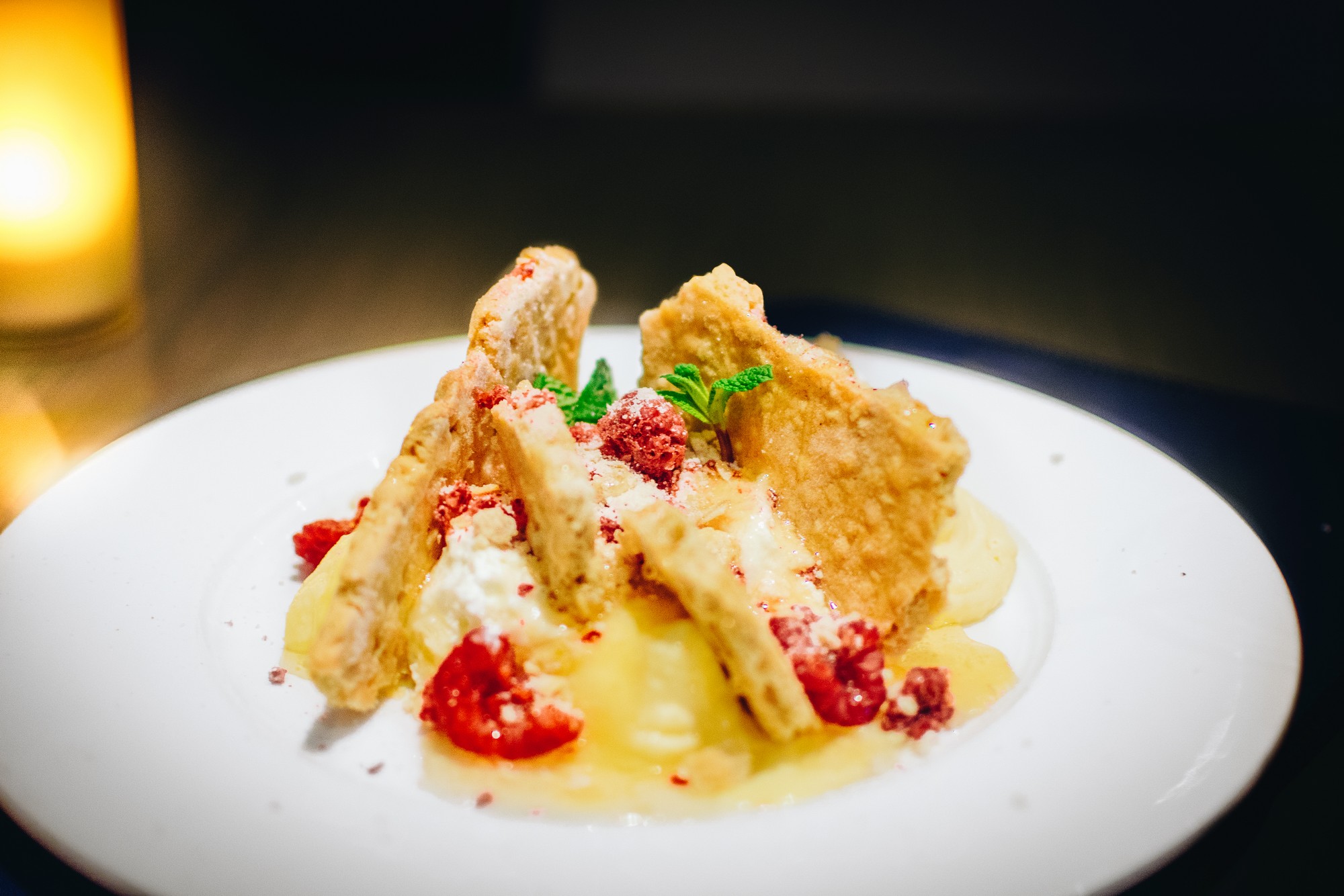 Like gym, but with beer - that's how Spin Toronto, a beer and food serving ping-pong lounge self-identifies. Hidden among pretentious club vibe of King Street West, spin is simply a big space crowded by ping-pong tables and a bar, where groups can come and enjoy a game or two with something tasty and a drink in their hand. 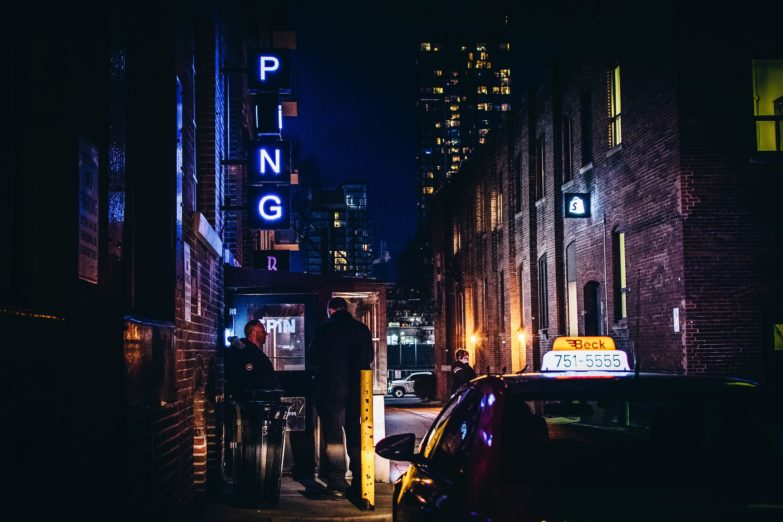 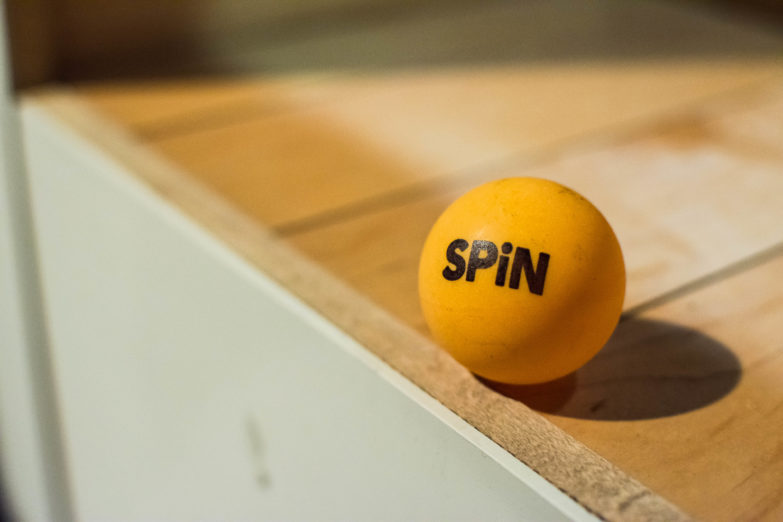 With beer, cocktails, and munchies, SPiN is anti-highstyle and very much like a frat party pub, but with much more interesting food combinations. Their menu consists mostly from pub favorites with a special twist. So you can find stuff like panko-crusted deviled eggs or potato rosti salad. You can top your meal with a fancy pop tart. In all honesty, this is not a dining destination. Nobody is coming here for the food.

It's the ping-pong tables and drink menu they are after. Because apparently enjoying a game of pong with a boozy drink in your hand is a very popular combination. With a pretty decent cocktail list, beers and special drought cocktails as well, there seems to be a choice for everybody to enjoy. 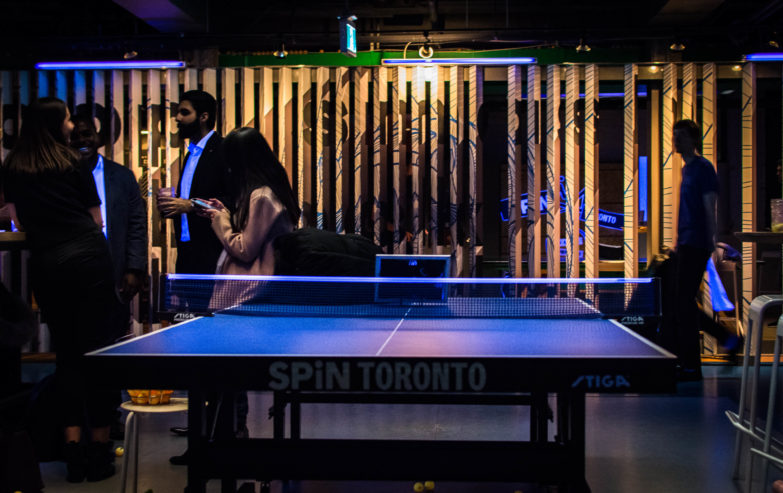 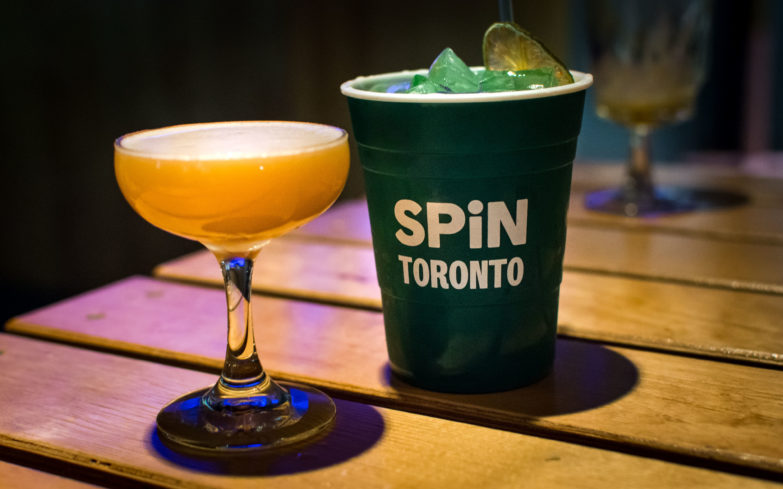