The Annex, now over one hundred years old, is not only the most eclectic of Toronto’s affluent neighbourhoods but also the most heterogeneous community. Long-term residents blend with young families and transient University of Toronto students, giving the Annex a lively vibe. Strolling along its quiet, tree-lined one-way streets, you can discover the architectural splendour of its stately homes. In the heart of Toronto, the Annex comes alive at night when people from all over the city converge among its restaurants, bars and nightclubs. This neighbourhood also has an outstanding presence in Toronto’s cultural scene thanks to its arts venues. 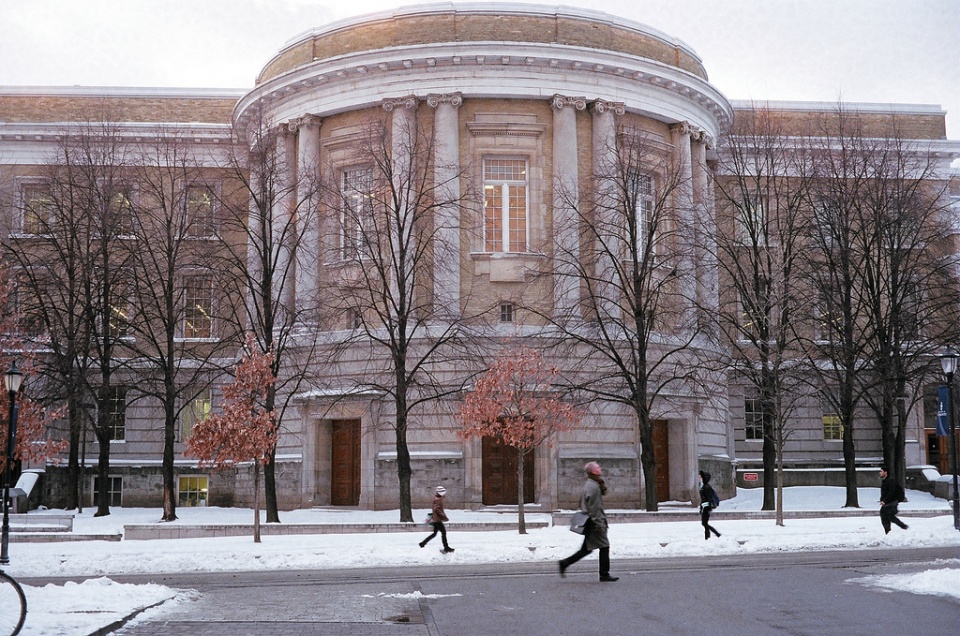 Location
The traditional boundaries of the neighbourhood are north to Dupont Street, south to Bloor Street, west to Bathurst Street and east to Avenue Road. A broader neighbourhood definition, that includes the adjacent Seaton Village and Yorkville areas, is recognized by the City of Toronto.

Back in 1790s, when surveyors laid out York Township, the area of The Annex neighbourhood was settled by Europeans. The area east of Brunswick Avenue became part of the village of Yorkville, while the region west of Brunswick was part of Seaton Village. The area was subdivided in the 1880's by Simeon Janes. The subdivision, called "the Toronto Annex", was soon annexed by the City of Toronto in 1887 and immediately became one of Toronto's elite neighbourhoods with many notable residents, including Timothy Eaton, patriarch of the Eatons Department Store, and George Gooderham, president of Gooderham & Worts Distillery. After this Golden Era, which ended in the early 1900's, the upper classes began to migrate northward above the Davenport escarpment to newer more fashionable suburbs in Forest Hill and Lawrence Park. However, the Annex has endured and in 1960 was saved from the proposed Spadina Expressway which would have divided it in half thanks to its residents' powerful lobby group, the Annex Residents Association.

Homes, Architecture & Real Estate
Without doubt, the Annex is one of the neighbourhoods with the highest appeal — it is where you find the finest building detail in Toronto for expensive tastes. Elaborate Victorian and Edwardian three-storey semis with fancy flourishes, built between 1880 and the early 1900s, dominate in the street scape. The majority of these first-wave Annex homes homes and mansions are an average 3,000 to 5,000 square feet. A second wave of Annex homes, with English Cottage, Georgian and Tudor style architecture, dates from 1910 to 1930. Despite the variety of rich architectural styles, including Queen Anne and Romanesque, the Annex suggests a feeling of homogeneity to its housing stock.

The exterior facades of a typical Annex home is made of Credit River sandstone in plum and pink hues, rich red brick and terracotta clay tiles. Common characteristics of Annex style houses are large, rounded Romanesque arches along with Queen Anne style decorative items such as turrets and beautiful window surrounds. The Madison Manor, at 20 Madison Avenue, is an example of typical Victorian architecture. Furnished in the style of an English country inn, this gorgeous restored mansion has 23 bedrooms and has retained several original features, including balconies, fireplaces and alcove windows. 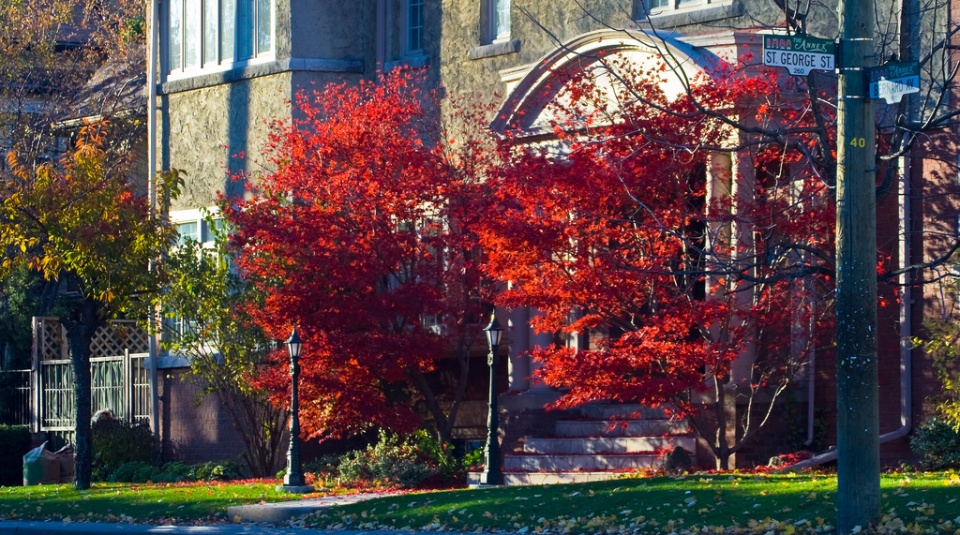 Local Trivia
In 1887, the most prominent architect in late nineteenth century Toronto, E.J. Lennox, designed the home of contractor Lewis Lukes at 37 Madison Avenue, introducing a new architectural style blending elements from both the American Richardson Romanesque and the British Queen Anne Styles. This style had been imitated and modified by the city’s elite for two decades. Examples of this style survive along Jarvis and Sherbourne Streets and also on the University of Toronto campus. Most of these buildings are found in the Annex, so the style is now known as the ‘Annex style house.’

Who Is Your Neighbour?
The Annex residents are affluent young families, successful business people, prominent artists and people from all walks of life. The Annex is also a central housing zone for University of Toronto students and faculty alike. Big names in the Canadian writing scene (like Margaret Atwood) have settled here.

Other nearby community centres:

The University of Toronto is a public research university in Toronto whose main campus is situated on the grounds surrounding Queen’s Park. It was the first institution of higher learning in Upper Canada, the birthplace of insulin and stem cell research, and the site of the first practical electron microscope, the development of multi-touch technology and the identification of Cygnus X-1 as a black hole. It has been ranked as the nation’s top medical-doctoral university in Maclean’s magazine for twelve consecutive years between 1994 and 2005, and places 27th in the Academic Ranking of World Universities and 17th in the Times Higher Education ranking. 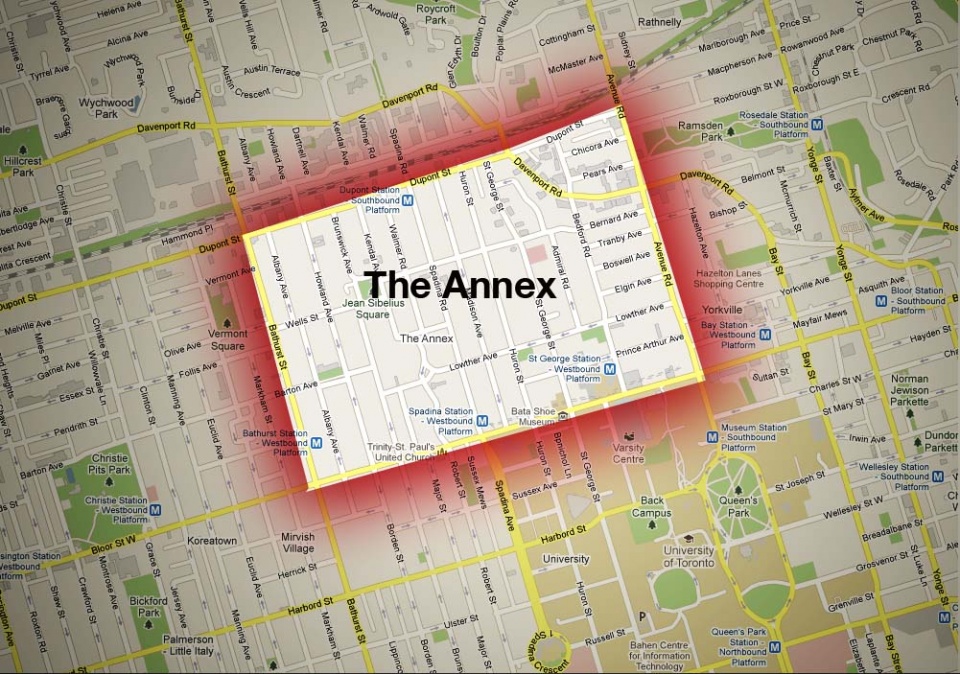 Map of The Annex Neighbourhood 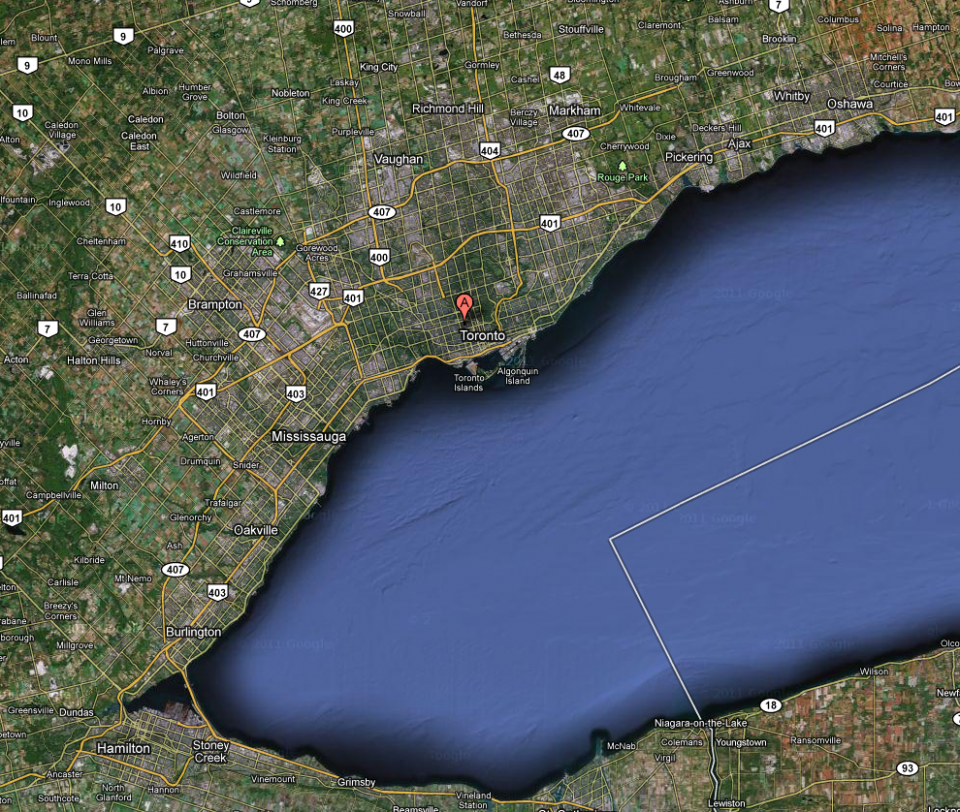 One thought on “The Annex Neighbourhood Central Toronto”