Having been a quiet rural village just outside the City Limits until 1885, Yorkville gained notoriety as Canada’s hippie haven during the 1960s. After undergoing large-scale development between the 1980s and 1990s, it was transformed into a dynamic urban centre — a mecca of haute couture, gourmet restaurants, glamourous boutiques, postcard Victorian homes and luxe hotels. Today, Yorkville enjoys its reputation as a unique mix of wealth, luxury, and style, and maintains its own identity despite being part of a big city. Its residential area is distinguished by quaint residential streets, Victorian Mews, vibrant flower baskets, and picturesque gardens. 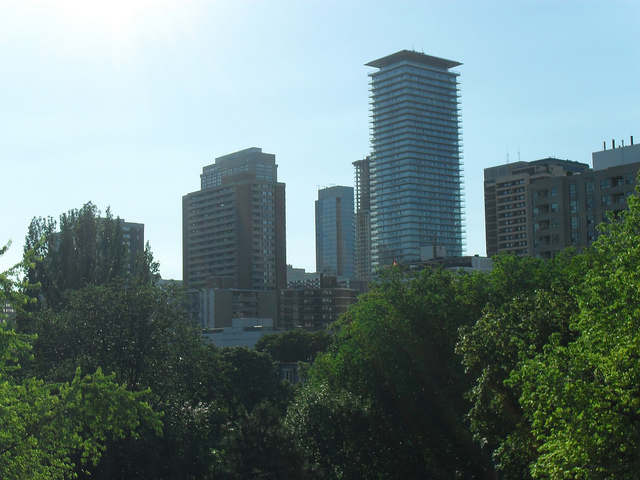 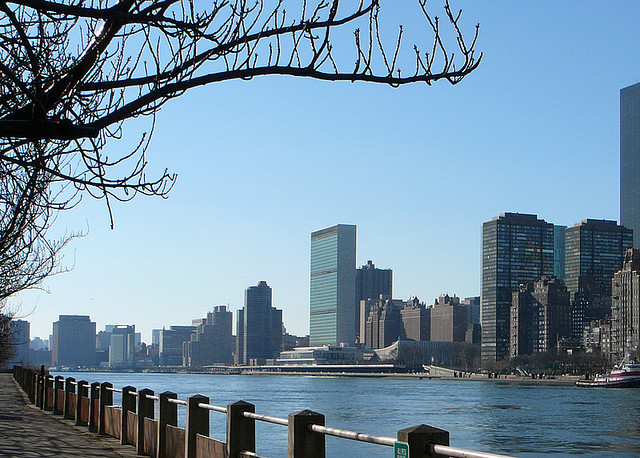 History
Named after the Town of York, as Toronto was originally named, Yorkville initially grew up around the Red Lion Inn, a noted establishment that opened in 1810, northeast of where Yonge Street crossed the Second Concession (present-day Bloor Street). In the 1830’s, Yorkville was subdivided by Joseph Bloor, a prominent brewer, and by Sheriff William Botsford Jarvis, the founder of the residential enclave of the Rosedale neighbourhood. Later, in 1853, it was incorporated as a Village and, in 1883, it became the first village to be annexed by the City of Toronto. Yorkville has since undergone many transformations. 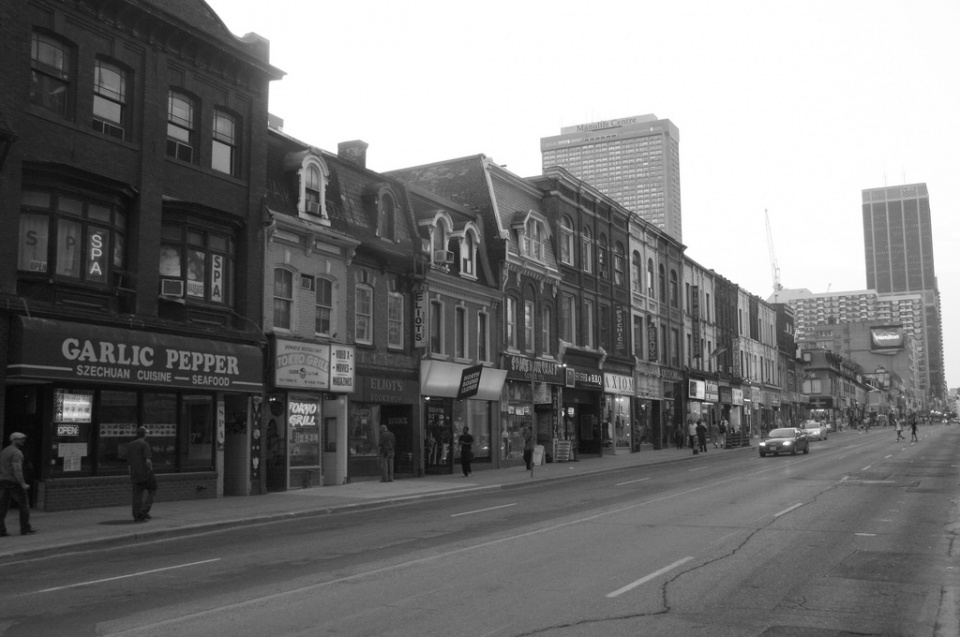 Homes, Architecture & Real Estate
Strolling in Yorkville’s picturesque roads, you will come by gentrified Victorian houses built mainly between 1870 and 1895. Ranging from tiny workers’ cottages on Macpherson to Hazelton’s heritage homes, they exhibit features like gingerbread gables, ornamental brick patterns and richly landscaped gardens. With several of its houses listed on the Toronto Historical Board’s Inventory of Heritage Properties, Yorkville was the 25th most expensive street in the world in 2007. After an increase in real estate value in the 1990s, several buildings were demolished and new projects are now underway in the area, including the 80-stories-high “One Bloor" a landmark development at the corner of Bloor and Yonge Streets, which will be the tallest residential building in Canada. 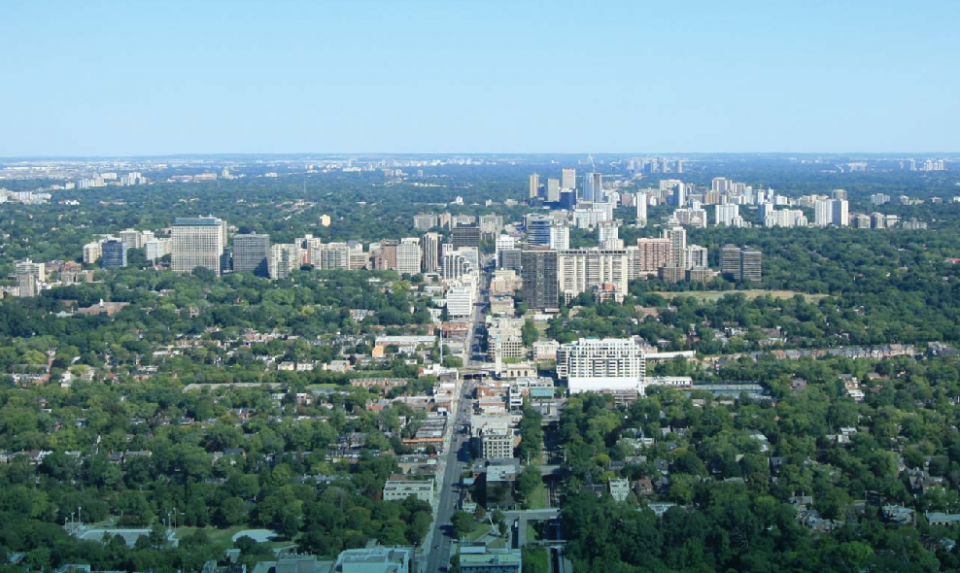 Who Is Your Neighbour?
According to statistics, the population of Yorkville is comprised mostly of single persons (60%), between 20 and 44. The predominant ethnicities are English, Irish, and Scottish. Your Yorkville neighbour most likely owns a dog (27.38%) reads business magazines and makes a donation every year (60%). 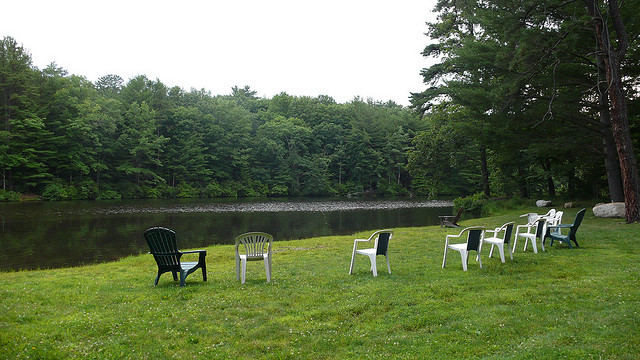 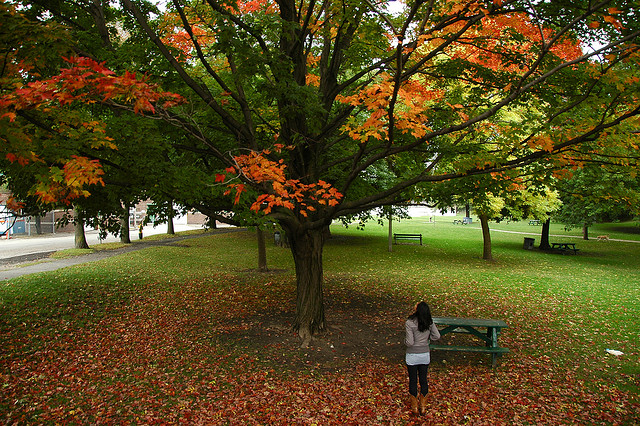 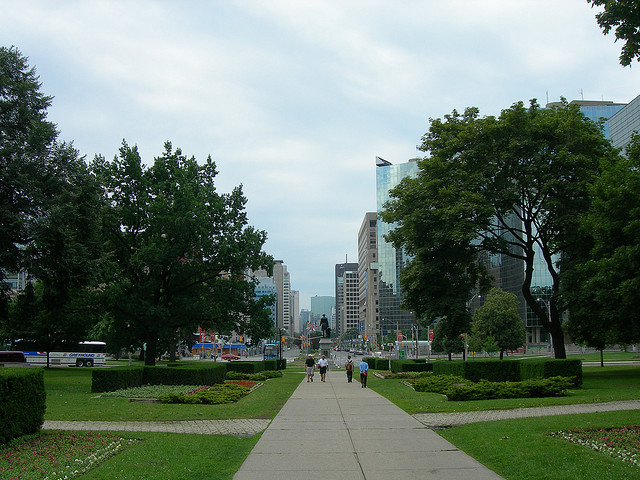 Arts & Entertainment
If you are passionate about art, Yorkville — with its exclusive art galleries — is the right place to be…

Or you can join the following popular festivals... 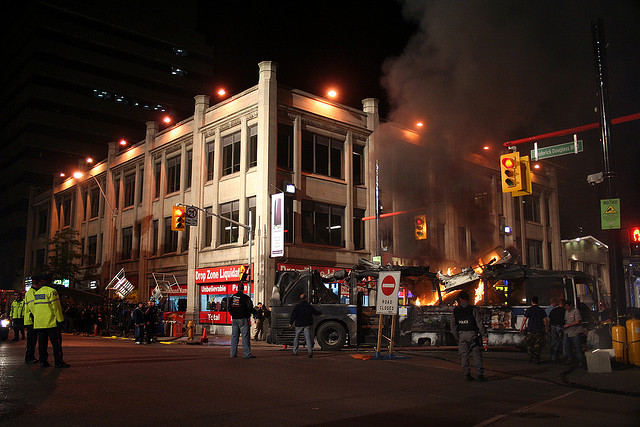 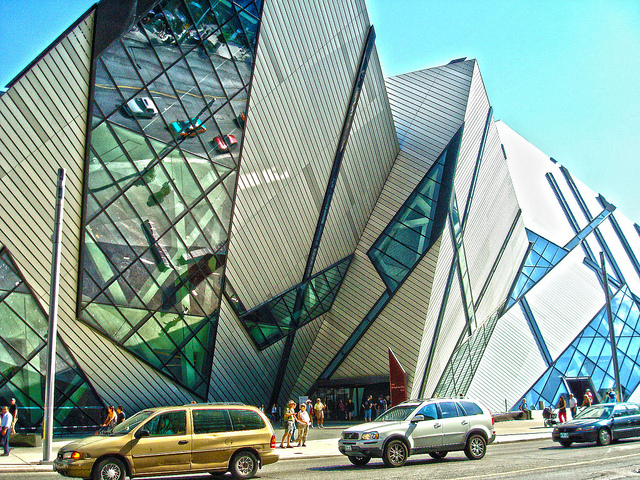 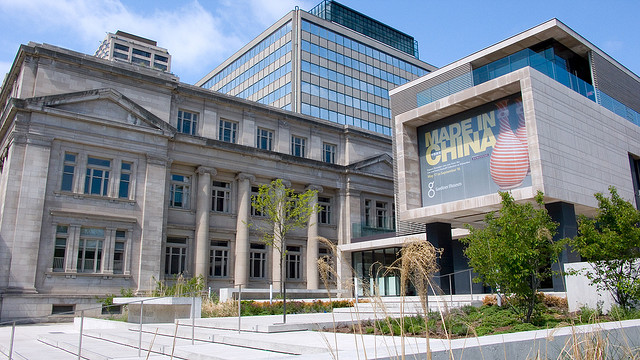 Shopping
Lined with international and Canadian labels as well as four upscale shopping centres, Yorkville is not only Canada’s pre-eminent shopping district — it has also been placed on the internationally recognized Top Ten list for shopping destinations and is one of the most luxurious shopping streets in North America, often compared to New York’s 5th Avenue, Chicago’s Magnificent Mile, and Los Angeles’ Rodeo Drive. More affordable options are also available in the mid-market retailers, like Banana Republic, FCUK, Aldo, H&M, and Banana Republic — which have all recently emerged in the area. 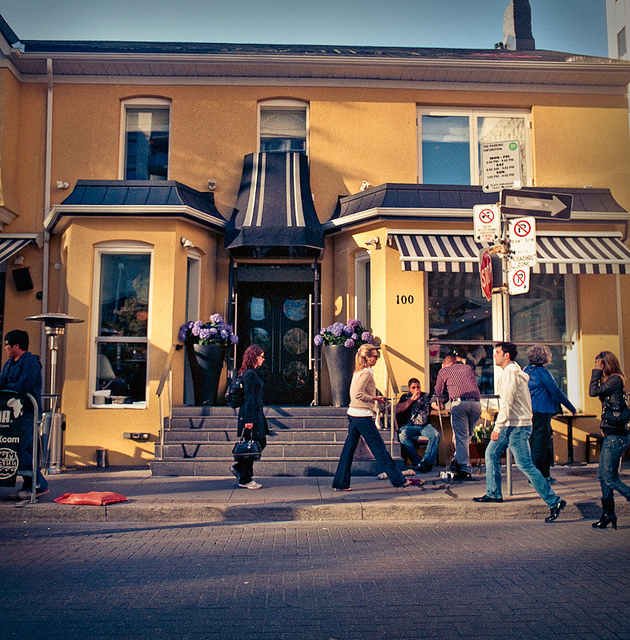 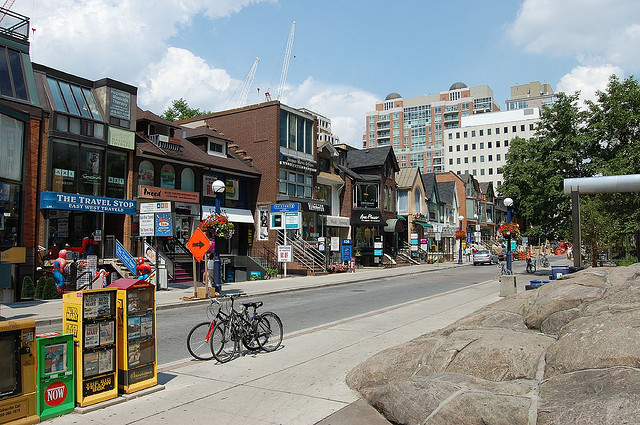 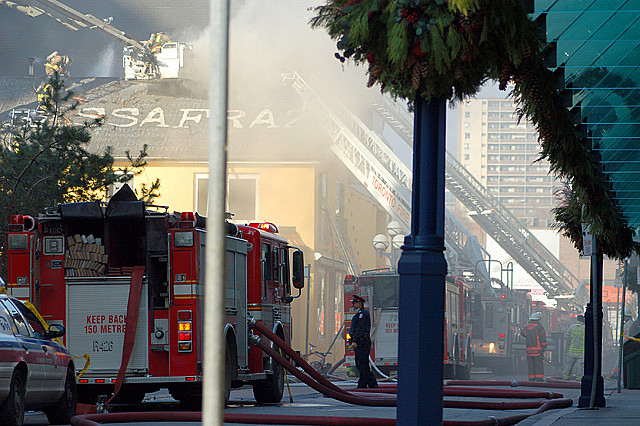 Transportation
Yorkville is an ideal location for subway commuters and drivers alike, since it is just steps from both major lines, and a 5 minute drive to the Don Valley Parkway. 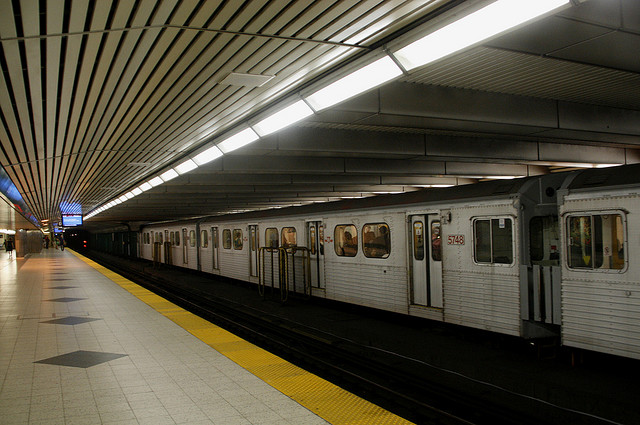 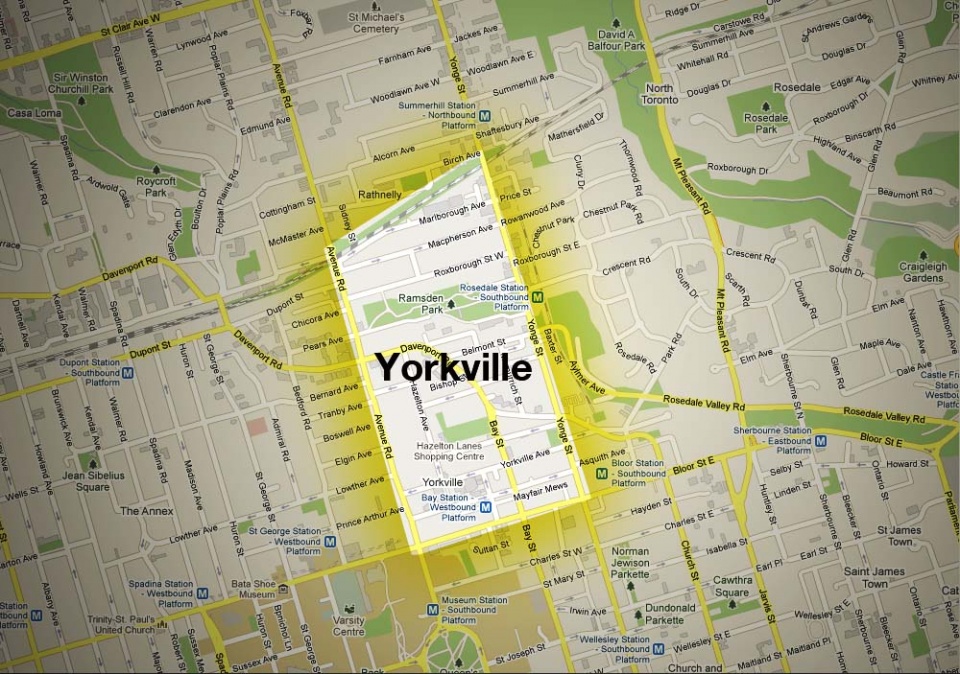 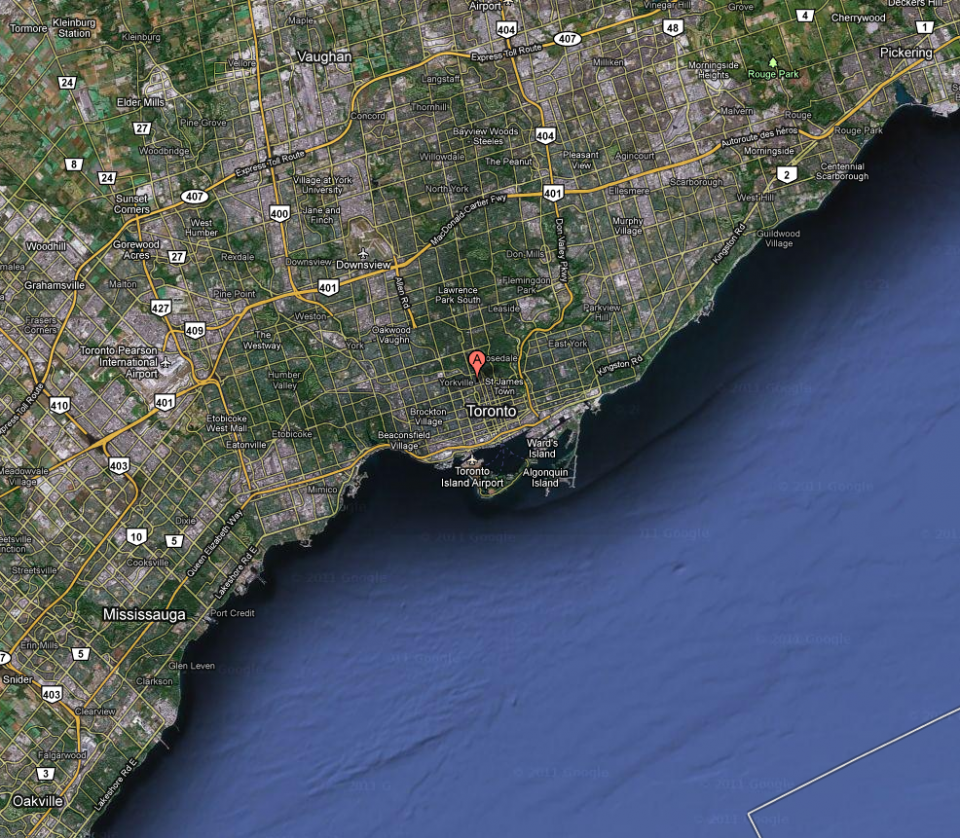