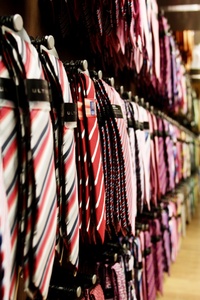 A report by the Canadian Imperial Bank of Commerce says that the Canadian economy is not only creating more jobs, but also creating better jobs.

One of the main reasons for this steep improvement is that a huge proportion of the 283,000 jobs created in the past year have been in sectors with relatively high incomes, such as manufacturing, finance, construction, and the public service. Compared to the new jobs created since the end of the recession in the summer of 2009, which were mostly part-time and in lower-paying service industries, the contrast is obvious.

Canadas’s employment quality index is doing much better than that of the US in terms of rejuvenation after the recession. Moreover, Canada’s employment figures since the end of the recession are relatively strong compared to other industrialized countries. More than 500,000 jobs have been created since July 2009. This exceeds the number of jobs lost during the recession by about 80,000, while the United States remains remains about six million jobs behind its pre-recession level.

As the latest CIBC report shows, there is a positive trend in the improvement of the quality of new jobs and the recession void is being filled with high quality jobs. The Organization for Economic Co-operation and Development also has high expectations: it predicts that the positive trends in Canada’s economic recovery will continue.