Exactly half of the respondents believe recreational properties provide higher a return than stock markets. 21% were undecided and 29% prefer the stock market when it comes to financial returns. Phil Soper, president and chief executive, Royal LePage Real Estate Services, believes this trend reflects higher confidence on the residential property market. “This spring, the horror stories from some fundamentally flawed international housing markets that had dampened demand for cottage-type living during the recession era, are being shrugged off. Canada’s traditionally buoyant recreational property market appears to have found its groove once more.”

Rising interest rates are not an issue for 57% of Canadians: they would not cancel their plans to purchase a recreational property. This trend is stronger among older potential buyers. With upcoming retirement, the desire for a recreational property grows stronger. Only 30% of respondents aged over 55 would reconsider their intention in case of higher interest rates.

While 35% of respondents were willing to reduce personal spending to afford recreational property, people were much less willing to travel longer distances to reach their cottage and only 13% would consider making it their primary residence.
Mr. Soper believes the bad weather has caused a demand shift in some regions. "We expect to see considerable activity in the coming months — especially in higher-end and luxury segments,” he said.

Slightly over half of the respondents (51%) want to rent the property to help pay their mortgage. One third of them would be selective and rent the property only to recommended persons. Renting the property is seen as an affordable way to purchase recreational property, especially by young families.

It is important to note that financial return is not the only reason to purchase a cottage. 92% of respondents believe that a recreational property is a great way to bring their family together. What are the most important features of such a property? People in most provinces believe their cottage should be suitable for four-season use (47% in Ontario, 43% in BC, and 50% in Alberta), while the Québecois are in love with quiet places — almost three quarters of them consider a quiet location the most important feature.

Fantastic information, I am browsing back often looking for updates.

Thank you for your comment. I will be continually updating the site with new information regarding Toronto real estate and Toronto information for residents and visitors. Feel free to suggest any topics that you would like to see covered in the future. 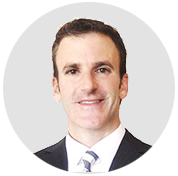