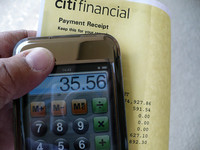 The Canadian mortgage system underwent numerous changes in recent years. The belt-tightening mortgage trends have continued since 2008. As the Federal Finance Minister, Jim Flaherty, declared, tighter mortgage rules should protect and strengthen the Canadian housing market. This policy is an understandable reaction to the situation the mortgage system fell into in 2006, when Canada Mortgage and Housing Corporation made a slippery step allowing mortgages at 40-year amortization with a zero down option. Today, another round of governmental mortgage protection is striking Canadian home owners.

In 2008, approximately 60 per cent of Canadians answered in a survey that they know what the changes to the market were and what possible effects they would have. The most important mortgage changes in 2008 were calling off the zero down mortgages and 40-year amortization. The zero per cent program was cancelled and replaced by a new system where clients had to put five per cent up as a down payment. It’s questionable whether cancelling the 40-year amortizations had any significant effects, as there is a very small difference between the 40-year mortgage and the 35-year mortgage that remained.

Three major rule changes were introduced by the Canadian government on 19 April, 2010. The main purpose of these new mortgage rules was to prevent negative trends from developing. Introducing the new five-year fixed qualification rates was not a bad move at all, as it helped to prepare Canadians for higher interest rates in the future. However, the 90 per cent maximum refinancing change worsened the situation for people who needed to restructure their debt. The previous mortgage rule had given individuals more space by letting them finance up to 95 per cent of their market value. The last change’s aim was to reduce speculations. People who were looking to buy a rental property had to put a minimum cash down of 20 per cent of the market value to get an insured mortgage, versus the previous five per cent.

The Finance Minister, Jim Flaherty, announced three new changes to mortgage rules.
Similar to 2008, the maximum amortization period is lowered, but this time from 35 to 30 years. Following 2010 trends, the second change is cutting down the upper limit that Canadians can borrow against their home equity from 90 per cent to 85 per cent. The last change is that the Government will no longer back up Home Equity Lines of Credit (HELOC).

Mortgages amortized over longer than 30 years will not be secured anymore by the government-backed mortgage insurance through Canada Mortgage and Housing Corporation. Taking a longer amortization on a mortgage would be inefficient since you would pay much more in interest over time. Flaherty says that “this measure wil significantly reduce the total interest payments for Canadian homeowners.“ Flaherty expects Canadians to retain more equity in their homes since the amount that can be borrowed against home equity was lowered. The main question remains: will these changes be able to decrease the average debt of the Canadian household?