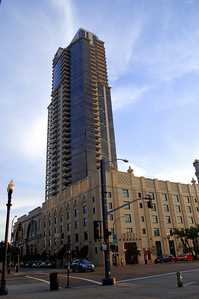 Probably the most controversial concern for Canadian developers is the implementation of development charges. These charges are basically fees levied against new development to finance the principal expenses of servicing growth. The basic idea of development charges is that taxpayers will not have to carry the financial burden of servicing new development. This burden is transferred to developers, who then have to pay for the growth. Municipal governments and school boards levy these payments on new residential units to finance the local demand for new infrastructure (roads, schools, libraries, etc.).

Naturally, the complexity of this problem has culminated in many legal disputes between municipalities/school boards and developers over calculating a reasonable rate of development charges.

In one of the latest cases, the Ontario Municipal Board (OMB) rejected the new updated system for calculating development charges implemented by the Town of Orangeville’s Development Charges By-Law. Moreover, in late March of this year, the Ontario Divisional Court decided not to allow leave to appeal to the Town from the OMB’s decision.

The by-law was supposed to significantly transform the Town’s development charges system. A new “gross population“ methodology was to be implemented. The basic idea of the new system was that new development would finance all new services.

However, this would be a huge shift from the original “net population“ method, where development charges were calculated in a more considerate way, also accounting for the future estimated decrease in the number of inhabitants of existing homes. This method determined development charges by using a special net population figure that was calculated by subtracting the estimated decrease in the number of existing residents from the expected number of inhabitants of new houses.

The essence of consent between the Court’s and the OMB’s opinion rested upon the nature of the gross population method, which “focuses only on the need for services and not on the increase in needs“ and therefore breaches the Development Charges Act of 1997, which states that it has to be an “increase in need for service attributable to the anticipated development.“ The OMB’s decision considered the Town rates imposed not reasonable.

The development charges have an impact on new condominium buyers as developers pass on the cost of development charges to new buyers, either directly through the purchase price or as an adjustment on closing. Naturally, there is reciprocity between the price of housing and the expenses needed to develop land.

Condominium units are now less expensive thanks to the decision of the OMB. It is in the interest of buyers that developers remain careful and ensure that the development charges imposed by municipalities and school boards remain reasonable.