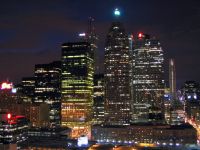 The CMHC’s numbers show that real-estate-related economic activity in 2009 contributed to the Canadian economy by more than $300 billion, which was more than 20 per cent of Canada’s total gross domestic product. There is no doubt that new residential constructions and sales of current houses positively stimulate the economy by creating many new jobs, higher wages, investment, and important government revenues. However, much more important is the wealth effect motivated by increasing housing prices. Consumer confidence is strengthened, and consumers spend more.

This was crucial for the Canadian economy in recent years. It was mainly due to the wealth effect that Canada managed to get through the great financial crisis better than other countries. Nowadays, the real estate market still plays an important role in maintaining economic growth and employment in Canada. 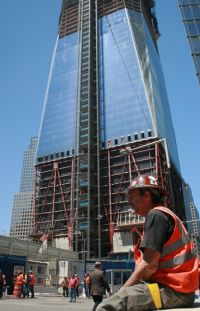 The CMHC figures demonstrate that there are more than 19,000 jobs created for every 10,000 single family homes built in Canada. Naturally, most of these new jobs (10,500 of them) are in the construction sector. But there are new jobs created in other sectors as well: manufacturing (more than 3,000 jobs), wholesale and retail trade (more than 2,000 jobs), and other industries (3500 jobs). Around 80 per cent of the materials that are used for constructing new residential houses in Canada are made in Canada, meaning new derivative jobs.

Since 2000, there has been an average of 200,000 new residential constructions annually in Canada. This pace of building new housing units means approximately 400,000 new or sustained jobs in Canada each year.

However, these numbers represent only one part of the real estate market: new home construction. A vast amount of new jobs is generated by the sales of existing homes through the Multiple Listings Service. The average number of sold residential units through the MLS during the last ten years was 490,000 units each year. Economic research conducted by The Altus Group, carried out on behalf of the Canadian Real Estate Association in the year 2009, shows that approximately “202,750 jobs are estimated to have been generated by average annual MLS® resale housing activity in Canada over the period between 2006 and 2008.“