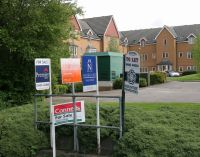 Signs by I See Modern Britain

The idea of organizing real estate agents from the same neighbourhood into an open association has its origins in the late nineteenth century USA.

The Greater Baltimore Board of REALTORS®, formed as early as 1858 in Maryland, was the first local REALTOR® Board. The last years of the nineteenth century represented a significant development in the establishment of new local real estate associations, and in the beginning of the twentieth century, there were already approximately 15 real estate boards established in the United States. One of the main causes of this boom was the increasing activity on the United States real estate market. At the turn of the century, 75 per cent of urban Americans lived in rented flats or apartments. Eventually, the National Association of REALTORS® was founded in the USA in 1908, composed of 19 boards and one state association. Its main aim was “to unite the the real estate men of America for the purpose of effectively exerting a combined influence upon matters affecting real estate interests.“

However, the longest continuously running real estate board in Canada is the Manitoba Real Estate Association, originally called the Winnipeg Real Estate Board. It’s the first in Canada to celebrate a 100th anniversary. After the First World War, there was a smaller series of new real estate boards established in Canada: Windsor (1919), Toronto (1920), Ottawa, Hamilton, Regina, and Victoria (1921). 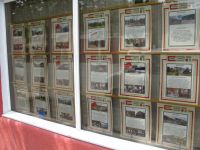 Another important milestone in the history of real estate boards in Canada was the introduction of the Photo Co-Op Listing System, the forerunner of todays MLS, in 1951. The formation of the Co-Op system naturally resulted in the growing requirement for an organized body that would settle down rules and encourage co-operation among real estate agents while providing the necessary finances to operate a real estate board.

The Canadian federal government implemented a strict policy within the real estate industry during the Second World War, including rent controls and other property related rules. The fear that the government would continue in these trends led the leaders of Canada’s real estate industry to establish a national organization. They believed that such an organization could have an affect on the federal government´s post-war schemes. Thus, on March 2, 1943, 11 Ontario boards and delegates from Montreal, Victoria, Vancouver, Winnipeg, and Edmonton composed the first constitution of the Canadian Association of Real Estate Boards.

The association focused mostly on its primary task, which was to develop the idea and organization of the Photo Co-Op Listing System. This also encompassed the publication of a newsletter with its monthly magazine named the “Canadian Realtor®.“ Furthermore, in 1955, the Canadian Institute of Realtors® was founded. Its main purpose was to provide real estate education in the provinces. Qualified graduates of their courses were permitted to use the FRI designation, or “Fellow of the REALTORS® Institute“.

I like your fantastic web site, I was searching for this all over.
best regards

Some good points here, had great time reading this. Thanks.