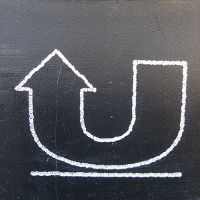 GTA Realtors booked 3,149 sales during the first two weeks of September — 25% more than in the same period of September 2010. The inflow of new listings to the MLS reached 6,890 items — 14% more than the previous year.

“Purchasing and paying for a home over the long term represents the single largest financial commitment most households will make over a lifetime. To make this commitment, households must be confident in their economic prospects,” said TREB President Richard Silver. “The fact that sales continued to grow through the first half of September suggests that GTA households remain confident that the economy will remain buoyant.”

The average price reached $454,194, a solid increase of 11%. “Strong price growth in the GTA continues to be mitigated by a solid affordability picture. Mortgage rates will remain at or near current levels until the second half of 2012 if not into 2013,” said Jason Mercer, the Toronto Real Estate Board’s Senior Manager of Market Analysis.

“In response to strong price growth, more households chose to list their homes for sale in comparison to last August. Growth in listings is expected to continue. Increased choice will result in more sustainable rates of price growth,” continued Mercer.