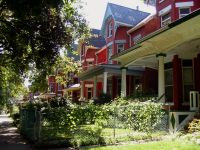 Strong year-over-year gains for all housing types have been surveyed in The Royal LePage House Price Survey for Toronto, which was released today, citing a lack of inventory and continued demand supported by low interest rates.

Although the number of unit sales is only slightly up in Toronto, inventory in the third quarter could not keep up with demand, which put upward pressure on home prices… A healthy supply of new construction in the condominium market meant more competition for resale units. This resulted in less price appreciation compared to traditional housing types such as the detached bungalow, which is becoming increasingly rare in Toronto as they are sought after by developers.

Multiple offers are still at large, according to Romanese, but they correlate to the move-in condition of the property. Also, even when more affordable homes command the most multiple offers most of the time, some homes selling for over a million dollars are still also experiencing multiple bids. 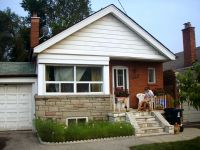 “The strength in Canada’s national housing market conceals signs of predictable softening in some regions,” said Phil Soper, president and chief executive of Royal LePage Real Estate Services. “The third quarter saw a return to a normal seasonal business cycle as price appreciation slowed in many areas — with some average values even falling slightly — after the busy spring trading season. A broader slowdown is expected in the months ahead but fears of a US-style correction are completely unfounded.”

“To best provide Canadians with an accurate look at the housing market, Royal LePage uses year-over-year comparisons as the housing market follows a seasonal pattern. It is important to note that our 2011 third quarter results benefit greatly by going head-to-head with what was by far the previous year’s weakest period,” added Soper.