Canada’s consumer debt doesn’t seem to decrease when we peek at Canada’s current statistics: the target for the overnight rate is at 1 per cent, the debt-to-disposable-income ratio is still up 152 per cent, 58 per cent of Canada’s households are indebted, and most of them are heavily dependent on borrowing (they hold 73 per cent of all household debt in Canada). Yet banks go on offering record-low mortgage rates.

Rates won’t stay at their current levels forever: they will sooner or later rise. Prices that are generally considered overvalued could start dropping. This would lead to a strong reduction in consumer spending, and some Canadian households would have problems paying their debt. The housing market would slow down, and the worst scenario would be a new recession. Specialists using all the media tools available are warning Canadians to be careful before taking out a loan, but it’s difficult to resist when the rates are so low.

Mortgage Rates About to Rise

Although BMO still offers its historic low five-year mortgage rate at 2.99 per cent, RBC and TD Bank raised their mortgage rates at the beginning of this week. This could signal that the mortgage war among banks is about to subside and that mortgage rates will slowly start rising. “Some of our posted rates have risen to reflect cost increases over time,” a spokesman for RBC said in a statement. You can find the current lowest fixed and mortgage rates in the table below.

Chief economist at TD Bank, Craig Alexander, believes that the government should step into the housing market again. “We want to ensure that the imbalance we have doesn’t get any bigger, so the economy over the medium term can weather the inevitable future adjustment in interest rates,” Alexander said in an interview for The Globe and Mail. “If we incrementally lean against credit growth while we have low rates, it will be a better outcome for the economy.” 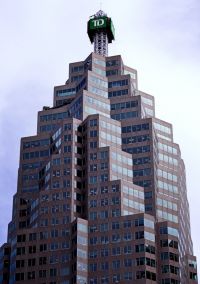 He added that we have to be gentle about the changes and not implement them all at once. Otherwise, they would trigger the unwinding that we fear. The Office of the Superintendent of Financial Institutions (OSFI) released a draft paper for public comment that suggests several changes to mortgage underwriting practices and procedures. Experts are already concerned that if the changes were implemented, it would significantly change the whole mortgage market. One thing is certain: the time of easily available low mortgage rates is about to end.