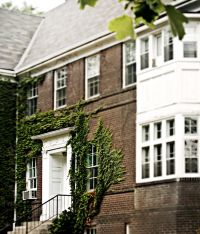 The Canadian real estate market has been recording a significant increase in activity over the last few months. Many experts suppose that housing activity will slow down; however, the statistics released by Canada Mortgage and Housing Corporation as well as The Canadian Real Estate Association suggest that it won’t necessarily do so.


Concerning real estate market activities, February was a special month during which there were several interesting outcomes recorded that weren’t only caused by the fact that 2012 is a leap year. The total value of building permits went up significantly in February, following a downfall in January. Furthermore, housing starts recorded a decent growth rate and home sales went up after a declining January.

After an 11.4 per cent drop in January 2012, the total value of building permits grew by 7.5 per cent to $6.5 billion in February. The main reason of the February improvement was significant growth in the non-residential sector, which highly exceeded over the decrease in the residential sector. It was mainly due to high non-residential construction plans in seven provinces that the sector was up by 36.2 per cent, reaching $2.5 billion, after a 20.6 per cent decline in January. It’s a very positive sign that the increase was in all three components of the non-residential sector: the industrial component went up by 151.1 per cent; the institutional component rose by 64.8 per cent; and the value of commercial building permits increased by 3.4 per cent.

On the other hand, low construction intentions for single-family and multi-family homes in Ontario as well as in five other provinces led to a 5.3 per cent decrease compared to January 2012, with the overall value settling at $3.9 billion. The largest decline was recorded in Ontario, where low intentions in the residential sector offset the increase in the non-residential sector. 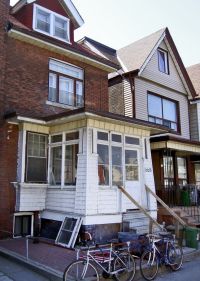 The statistics released by the Canada Mortgage and Housing Corporation (CMHC) report that the seasonally adjusted annual rate of housing starts reached the overall number of 201,100 units in February 2012, which was 3,000 units more than in January 2012. Seasonally adjusted annual rates are basically monthly figures adjusted to eliminate normal seasonal variation and multiplied by 12 to catch the annual levels. It provides a possibility to identify the most important trends of a series and to comparison the current pace of activity with annual forecasts as well as with historical annual levels.

The figures of Canadian Real Estate Association (CREA) demonstrate that the national resale housing activity increased in February 2012 following a decline in January. The number of home sales recorded through the MLS® Systems of Canadian real estate Boards and Associations grew by 1.4 per cent from January to February 2012. Actual (not seasonally adjusted) activity was increased by 8.6 per cent on a year-over-year basis in February and the number of newly listed homes went up by 1.9 per cent on a month-over-month basis, reaching the highest number since May 2010.

Furthermore, the national sales-to-new listings ratio, which measures market balance, didn’t significantly change in February (53.3 per cent) compared to January (53.6 per cent) and remains safely in the balanced market territory.

“The national rise in both sales activity and the number of newly listed homes beyond the normal seasonal increase provides clear evidence that Canadians are confident in housing market prospects,” said Gary Morse, CREA’s President. “Confidence varies by region, as do prospects for housing demand. For that reason, buyers and sellers should talk to their local REALTOR® to understand current and prospective trends in their local housing market.”

Finally, the actual (not seasonally adjusted) national average price for homes sold in February 2012 grew by two per cent compared to the same month last year and settled at $372,763. The high national average price is a result of the tight balance between supply and demand on the Toronto housing market, where prices continue to grow, especially for single detached properties.