At the end of June 2012, the European Union held another summit where the leaders of EU countries discussed measures and policies that could stop spreading the financial crisis within the Eurozone. Normally for Canadians there is not much sense in following these summits (this one was the 20th since the beginning of the crisis in 2010), but as the situation in Europe becomes nastier, there may be implications for Canada.

A common belief is that we do not do much trade with the EU and therefore their problems can be simply ignored, but there are three arguments against this. Firstly, although trade with the EU is relatively small compared with the United States, its significance is growing. In 2006, trade with USA was more than eleven times greater, whereas in 2011 it was less than eight times. Moreover, the EU is the biggest trade partner of USA. Trade with the EU accounts for 636.4 billion USD and trade with Canada accounted for 597.4 billion USD in 2011. Therefore the chain reaction of economic meltdown in Europe would very soon also hit Canada. The last more general argument is that because of the interdependence of individual companies and countries, an economic slowdown in one part of the world will be quickly transferred to another. If you look at a list of the 1,000 biggest Canadian companies, you can clearly see which industries they represent. The most prevalent are financial, mining, and petrochemical companies. All these sectors are quite vulnerable to the market volatility.
Before the summit, traders were very nervous and it was partly because previous summits have brought everything but decisive policies and solutions. The expectations were therefore high. And what were the conclusions? They were surprisingly persuasive. After 14 hours of negotiation, the agreement was reached. 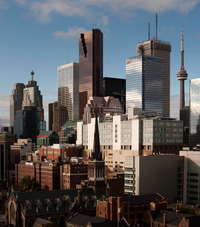 Leaders also agreed on pro-growth funding that was demanded by France, Italy, and Spain. They will invest €120 billion in economic stimulus. The reaction of the markets was quite positive and borrowing costs for Spain and Italy started declining since the announcement, and the exchange rate of the Euro went up by 2 per cent. Nevertheless, it is still too soon for optimism. We just have to hope that European leaders will get it right this time. If not, we will go down with them.