The global economic situation is worsening and the Canadian economy can’t be unaffected by all the turmoil happening in the world. Every day brings new problems and new solutions. This situation can be very confusing for politicians and society alike. Governments in every country trying to fight the problems by their own means — whether it is a bailout request, austerity measures, or cuts — do what seems like the best solution for their particular situation.

The Canadian economy is one of the strongest. We have a responsible government that is taking advice from leading economists. Every step is thought through and implemented at the best possible time. Our government has been very successful at helping where help was needed and leaving confident and productive sectors to prosper on their own. Finance Minister Jim Flaherty has been acting wisely and the actions he called for were directly applied.

Last week new measures were announced as a response to a slightly worse situation than the one we had been prepared for. According to the reports and forecasts, the Canadian economy should grow slightly, as our own and foreign investors are slowly building trust. Our economy is healing from the shocks that came after the U.S. financial crisis in 2008 and because of the steps we took back then, we can steadily move forward and see our economy grow even now, when times are hard for all of us.

The growth we witness especially in the housing market has been exquisite. The prices of properties and houses have been steadily growing despite a few hiccups over recent years. The most profitable markets are, of course, the ones in big cities and their surrounding areas. Toronto has been one of the most successful cities. Many new developments have been built and there is still a great number of them under construction. The growth has been so good that a rumour of a housing bubble has started to spread. 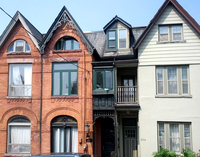 A housing/real estate bubble, or a bubble in general, is a type of economic inflation that occurs repeatedly, and there is hardly anything we can do about it. The prices of a certain commodity start rising continuously and can reach extreme levels. Bubbles tend to occur naturally and are very hard to predict. They usually react to a dearth of a certain commodity, when people are willing to pay more due to the scarce nature of what they’re buying. The hole in the market is however discovered and filled as soon as possible. In most cases, investors not only fill in the missing space but also add a little extra. This is the time when the alarms start ringing and we all come to the top of the bubble. The market is only days away from its crash. When the moment comes, prices start falling quickly and they usually get lower than the starting point. That certain commodity is in surplus, it has lost its desirability, and therefore prices drop. This is a natural consequence. At this point, prices fluctuate at the bottom level of the bubble until another hole appears and the process repeats itself.

Understanding the beginning, development, and end of a bubble is vital in this era. We witnessed one of the greatest bubbles of all in 2008 in the U.S. and the threat is not yet over. Speculations about a Canadian housing bubble have been spreading like wildfire. Because of the uncertain nature of a bubble, we can never be sure it’s here until it bursts. Volatility indexes have been pretty stretched and comparing them to historical values might not work given the economic scrutiny we are living under now.

The housing market in Toronto has experienced great growth recently, especially in the condo market. This sole fact is the number one worry when it comes to dealing with a real estate bubble. Would the market be able to survive the over-saturated condo situation or would it fall dramatically? This is a question no one knows the answer to.

Hole in the Market

Back in 2004, condominiums were a hole in the market . Everyone shared the idea to build luxurious condominiums and hotel suites that would co-exist in one building. Great idea! Imagine having all that fantastic hotel service on request directly to your own apartment. This was an opportunity for developers and investors alike to fill the hole that appeared in the market and deliver a perfect solution. By the end of the summer, Toronto will have four such projects, as the Four Seasons, Ritz Carlton, Trump, and Shangri-La open their sky-high towers. Around 300 new residential units will be opened in roughly two months. A similar number of hotel suites will be available at the same time. Investors are beginning to worry. None of the towers are sold out and there is still a pretty high percentage of units to be sold. We came from dearth to surplus — from scarce commodity to an over-saturated condo market unable to sell out its units. This might seem like a good example of a bubble but it doesn’t need to mean anything either. There is a chance all the units will sell out by the end of August/early September and everything will be okay. However, certain voices are creeping out, suggesting that while one project might be successful, the others might face losses and a price fall would be inevitable. Toronto is not the only city having such a problem, although the problem is most visible here. 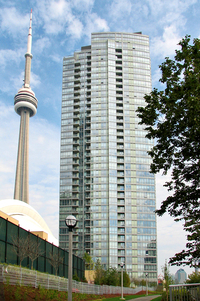 Condo in Toronto by Veggiefrog

As I mentioned, our government is trying to keep our markets calm and steady and our economy healthy, and the last thing we all wish for is a bubble of any kind. A call for action spread through and Finance Minister Jim Flaherty started to act. New measures must have been taken and further adjustments must have been applied.

“We watch carefully, we monitor the market carefully. I remain concerned about parts of the Canadian residential real estate market, particularly in Toronto, but not only in Toronto, so that is why we are intervening once again. It’s our job to try to be ahead of things and act in a measured way, listening to the market. And I have been listening to the market, and quite frankly, I don’t like what I hear, particularly in the condo market,” Flaherty told reporters in Ottawa.

There are four measures that can be applied and should help to calm the real estate market. What measures can we expect to come into action on July 9th?

Jim Flaherty’s first step is to reduce the maximum amortization period to 25 years from the previous 30 years. When two Moody’s analysts, William Burn and Andriy Stepanyants, were asked about their opinions on the upcoming change, they expressed their belief that a shorter amortization period should immediately cool the piping hot real estate markets and home sales. This step will lower the total interest payments made on a mortgage and therefore help you to build up equity more quickly and pay off your mortgage sooner.

Another safety measure indicated by Jim Flaherty is to lower the amount of money Canadians can borrow when refinancing to 80 per cent from 85 per cent of the value of their property . This safety measure will promote saving by property ownership and motivate homeowners to wisely consider signing up for a loan backed by their property. In most cases, property is the biggest investment and the place where the majority of savings are, so the government decided to lower the refinance level. On top of this decision, Mr. Flaherty wants to remove federal government backing, including HELOCs. HELOCs have become extremely popular recently and have been one of the biggest reasons behind the rise of household debt. Mr. Flaherty said some banks were insuring their exposure to HELOC liabilities and he plans to cut this practice. A recent poll has shown that many of the loans are not even used to create or improve housing in Canada. Homeowners are using them to buy consumer goods such as cars, boats, and electronics.

Flaherty also lowered the maximum gross debt service ratio at 39 per cent and the maximum total debt service ratio at 44 per cent to get Canada Mortgage and Housing Corporation insurance . This step will stop you from spending more than 39 per cent of your gross household income on mortgage payments, property taxes, and heating. Furthermore, you can only spend a maximum of 44 per cent of your income on housing expenses and other debt. Bans will look at your numbers and determine the right value by dividing the sum of mortgage payments and property taxes by your income. Mr. Flaherty believes this adjustment will help to protect Canadian households against economic shocks and increased interest rates.

The last change coming into action will touch the availability of government-backed mortgage insurance. From July 9th, it will only be available for those buying a property priced less than $1 million. By the CMHC report, only 1 per cent of households would be touched by this change.

Certain analysts and economists fear the upcoming changes will slow down the Canadian economy . Given that only small growth is predicted, this step might turn the slowly prospering Canada back to red numbers. Mr. Flaherty is aware of the possibility and he believes that the measures are necessary for good prosperity in long run. He has consulted with many renowned economists and he has their support. That leaves us with hopes and beliefs that our government is competent and has made wise decisions that will positively affect our economy and overall living standards.