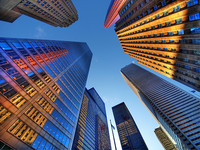 Rules for government-backed mortgages have been tightened four times since 2008 by the Canadian Finance Ministry. The latest changes, in July 2012, affected first-time homebuyers the most, as it’s now much more difficult for them to qualify for a mortgage. The maximum amortization period for insured mortgages was reduced from 30 to 25 years. The Canadian Association of Accredited Mortgage Professionals announced that, in 2011, 40 per cent of new mortgages were amortized over periods exceeding 25 years. Furthermore, amortization periods of one quarter of all mortgages were longer than 25 years. It’s not always true that renting is undesirable for first-time home buyers. An RBC report suggests that based on a typical mortgage size of $288,000 for a bungalow, with a posted mortgage rate of 5.24 per cent, the reduction in the amortization period from 30 years to 25 years increases a homeowner’s monthly mortgage bill by $136. According to the Ministry of Finance, this increases monthly mortgage payments from nine per cent to 12.5 per cent, depending on interest rate assumptions.

On the other hand, the poll says that 29 per cent of first-time homebuyers weren’t able to budget for some of the additional expenses of homeownership, including maintenance fees and utilities. Thirteen per cent didn’t account for closing costs (usually about 1.5 per cent of the purchase price of the home), and six per cent didn’t plan for anything except for the down payment and mortgage payments.

However, being a first-time buyer has several advantages at the moment. Housing markets in Canada’s major urban centres are cooling and some experts are expecting national prices to fall by 10 to 25 per cent. Meantime, interest rates should more or less stay at today’s exceptionally low levels for some time.

This could be used by careful and reasonable first-time buyers, who’ll build up their down payments and prepare themselves by analyzing the expenses of owning a house and step into the market with steady limits on what they’re willing to spend. According to the Globe and Mail, “First-time homebuyers account for just over one third of the housing market, which means they have quite a bit of clout. If they were to take a buying hiatus, it could really slow the market down.” 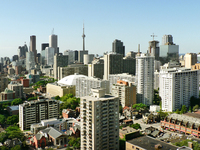 Apparently, if you wait to buy a home you have a chance to save a bigger down payment. According to an infographic created by Toronto-Dominion Bank, someone purchasing a home worth $375,000 could save as much as $19,338 over a five-year term with a down payment of 20 per cent in contrast with the 5 per cent minimum. In such cases, if you put 20 per cent down, your combined payments of principal and interest are lower, plus you don’t have to pay for mortgage default insurance.

Saving up as much as 20 per cent for the down payment might be too much for most first-time home buyers — especially in markets such as Vancouver or Toronto. However, setting aside just an extra few thousand dollars in savings could make a difference. If you double the down payment to 10 per cent from the 5 per cent minimum for that $375,000 house, you would save as much as $6,375 in principal interest.

Despite mortgage rates getting close to the historic minimums and a general downturn in the housing market, those who would wait to purchase a new home would not lose out on mortgage rates. According to Craig Alexander, TD’s chief economist, the cost of variable-rate mortgages should rise just half a percentage point in the next year and he expects five-year mortgages increasing by a little less than a full percentage point in 2013 from current levels.

Furthermore, TD experts predict prices to decline an average of 10 to 15 per cent over the next three years. This steady cooling should provide decent conditions for those first-timers who’ll decide to take their time and wait for a while. With the hottest markets cooling down, first-time buyers should not be afraid of home prices reaching unaffordable levels. There are even forecasts of more severe downfalls such as Capital Economics’, which says that we have a housing bubble in Canada that will drag housing prices 25 per cent down when it bursts during the next few years.

Reducing the maximum mortgage amortization period to 25 years from 30 years for people with a down payment of less than 20 per cent is an important issue for first-time buyers. However, Craig Alexander suggests that this new rule will account for five percentage points of the coming decline in house prices, with the rest caused by gradually increasing interest rates.

In addition, prolonging the process of purchasing a first home has many other practical advantages, such as being able to move because of career or other reasons, freeing up funds for other investments, and not having the responsibilities of a homeowner with maintaining the property and its value.

One thought on “Should First-Time Buyers Wait?”

I constantly spent my half an hour to read this web
site’s articles all the time along with a mug of coffee.