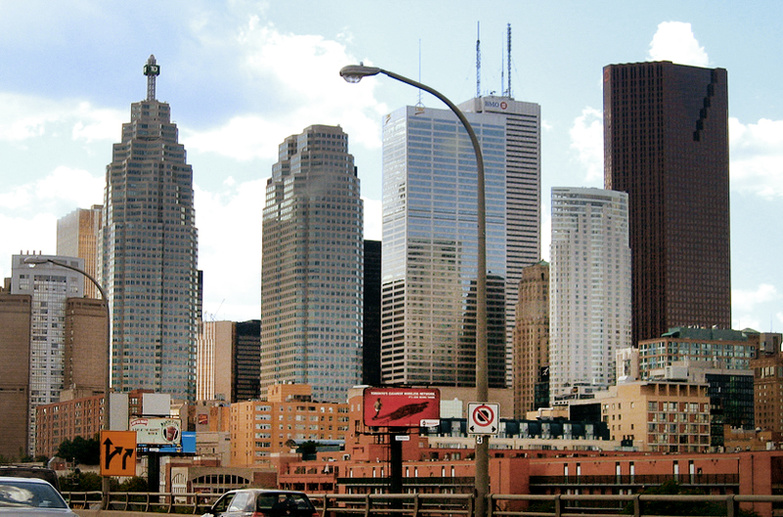 Greater Toronto Area REALTORS® have released their newest figures concerning the housing market in Toronto and the GTA in October 2012. As the report informs, sales of existing homes in the GTA in October fell by 7.1 per cent in comparison with last year’s October but recorded an increase from this September. Prices are still growing even though the pace of their increase has slowed down. Overall, the situation on the GTA market is very similar to what the Greater Vancouver Area has undergone, with home sales recuperating from September but still significantly below the levels of a year ago. However, Vancouver is now experiencing a decrease in home prices.The Toronto housing market has been divided into two separate parts with considerably different statistics. The high-rise condo market has recorded a heavy decline in both sales and prices, while the house segment experienced an increase in both categories.

The GTA housing market is cooling down after almost ten year of vast demand and increasing price growth, and is unlikely going to restore until the second half of 2013, according to a market outlook report created by the Canada Housing and Mortgage Corp. However, the situation of the GTA housing market should be considered with respect to its current bipolar conditions.

Home Sales Went Down in the GTA

There were 6,896 transactions reported through the TorontoMLS system this October according to the Toronto Real Estate Board, representing a decline of 7.1 per cent compared to October 2011. However, the board pointed out that there were two more business days in October 2012 than last year, and on a sales-per-business-day basis, the number of transactions experienced a decrease of 15.6 per cent from October 2011. As Toronto Real Estate Board President Ann Hannah informs,

Sales have decreased in the second half of this year compared to 2011, especially since the onset of stricter mortgage lending guidelines at the beginning of July. The prospect of higher monthly mortgage payments due to the reduced maximum amortization period has prompted some households to delay their home purchase. 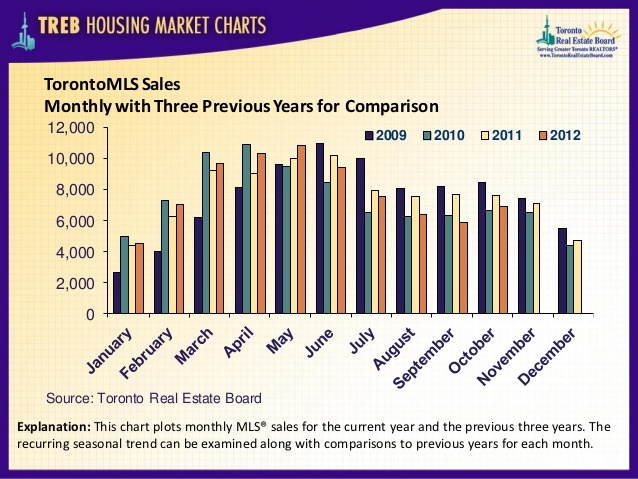 Even though Deputy Minister of Finance Michael Horgan pointed out that it’s too early to link the new mortgage rules, which took effect July 9, to the slowdown that is happening in the housing market, a number of real estate experts argue that it’s evident that the changes triggered the decline in sales.

The cool-down that we’re witnessing is an outcome of the tightening of financing rules and should affect the GTA housing market mainly in the short run, taking some people out of the market for a year, until they can save up for a bigger down payment, according to experienced realtor and condo developer Brad Lamb. He adds that the situation on the single-family home market is very different, as “there’s not a lot of new supply coming there (unlike the GTA condo market where about 50,000 new units are under construction), so prices will continue to rise.“

Furthermore, the Canada Housing and Mortgage Corp. suggests that a modest increase in employment, a slowdown from the tighter mortgage rules, and a decrease in both new home and condo construction will possibly be the main factors affecting the housing market until the second half of 2013 as demand slows down. Housing experts and economists are expecting this to have a positive impact and bring the number of new constructions and prices to more realistic levels.

The most notable decline in sales in October recorded the condo market, with the number of transactions of condos in the 416 downtown region falling 14 per cent from a year ago, and those in the 905 region on the outskirts of the city decreasing by 20 per cent. The average resale price of downtown condos went down by two per cent, settling at $358,741, while those in the 905 region increased by 4 per cent from last year, reaching $286,138. Furthermore, new condo sales have recorded a much steeper downturn of approximately 30 per cent, as developers retained project launches and offer incentives to buy.

Transactions of low-rise homes are softening as well. “Sellers have been conditioned to think they are going to make a killing, but the playing field is being levelled,“ commented Claude Boiron, Coldwell Banker realtor, on the fact that homes that were selling in just a few days last spring are sitting on the current market for weeks.

In addition, sales of detached homes decreased by 3 per cent and semi-detached went down by 7 per cent in October 2012 on a year-over-year basis. However, prices went up by 7 and 6 per cent respectively as listings for homes increased.

The Average Selling Price Has Increased

As the Toronto Real Estate Board figures indicate, the average selling price for October sales in the GTA settled at $503,479, representing a 6.2 per cent increase compared to October 2011. Furthermore, the MLS® Home Price Index composite benchmark price, which allows for an apples-to-apples comparison in terms of home attributes, recorded a 5.1 per cent growth. 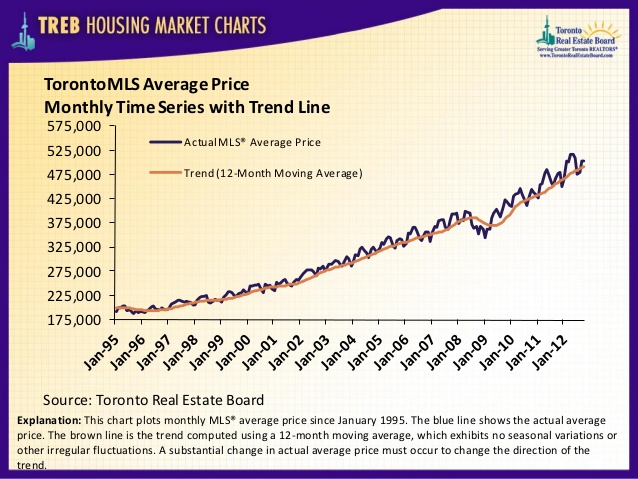 We continue to see price increases well above the rate of inflation. Active listings have remained low from a historic perspective, so substantial competition between buyers still exists, especially for low-rise homes.

However, he adds that it should be taken into consideration that the annual rate of price growth has been decreasing for the past few months as the market has gradually become more and more supplied.

The Canada Mortgage and Housing Corporation forecasts in its Fall Housing Market Outlook report for the Greater Toronto Area that new home starts should slow to 37,600 units in 2013, as condominium apartment construction calms down from its strong levels in 2012. Existing home sales should fall to 87,000 units due to lowered activity of first-time buyers.

As Shaun Hildebrand, CMHC’s Senior Market Analyst for the GTA, announces, even though “annual totals will be lower in 2013, momentum is expected to pick up later next year.“ In the very near future, slow price growth, low interest rates, and stable employment will result in an increased flow of housing into the ownership market.