Greater Toronto Area REALTORS® released their newest figures regarding home sales in February 2013. According to the figures, there were 5,759 sales reported through the TorontoMLS system this February, which represents a decline of 15 per cent compared to February 2012. However, it should be taken into consideration that 2012 was a leap year with one extra day in February. An adjusted 28-days year-over-year sales comparison showed a smaller decrease of 10.5 per cent. Nevertheless, this is a clear sign that the market has not bounced back following the steep decline in sales during the second half of 2012. 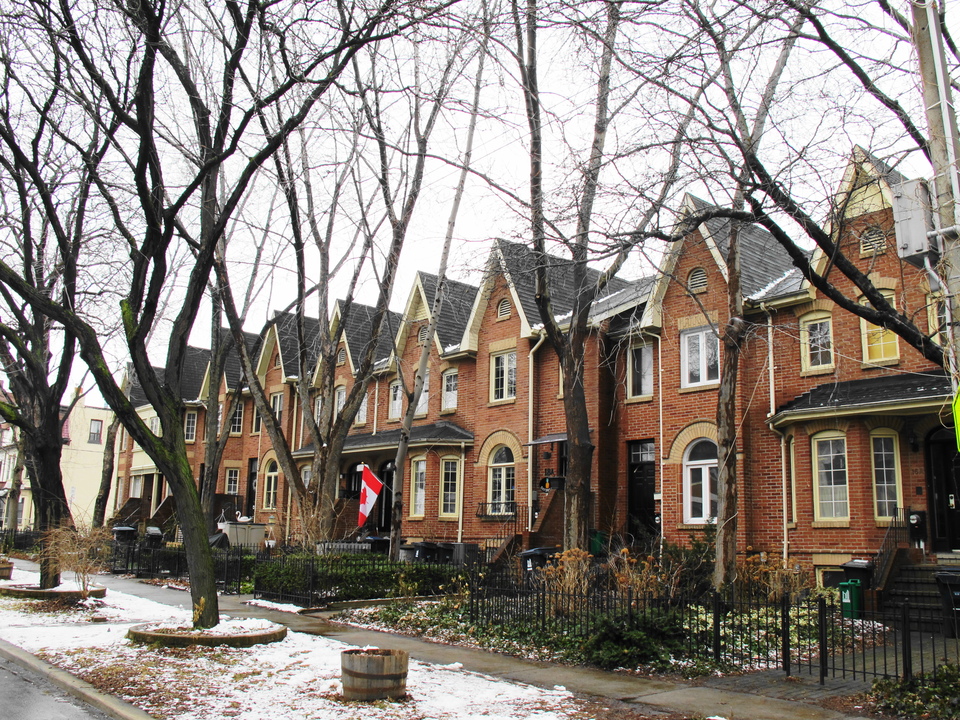 The average selling price recorded in February 2013 was $510,580, which is 2 per cent more than in February 2012. Toronto Real Estate Board president Ann Hannah explained:

The share of sales and dollar volume accounted for by luxury detached homes in the City of Toronto was lower this February compared to last. This contributed to a more modest pace of overall average price growth for the GTA as a whole.

Moreover, Hannah suggested that some of the main causes of the slower pace of luxury detached home sales were stricter mortgage lending guidelines, which precluded government-backed mortgages on homes sold for more than one million dollars, and the City of Toronto’s additional upfront land transfer tax.

The report indicates that the number of homes sold for over $2 million went down by 32.5 per cent and dollar volumes fell by 35.5 per cent last month in comparison with February 2012. This, together with flat-lining sales of detached homes (especially in the 416 region) significantly dragged down the overall number of sales. Jason Mercer, senior manager of market analysis for TREB, said that we should be cautious about saying that this is some kind of a trend. He pointed out that high-end sales have been decreasing since the second half of last year and suggested that the spring should create a better outlook for the future of the high-end market segment.

The sales of existing condos in the downtown 416 area recorded through the Toronto MLS system went down by 20 per cent last month. Prices went down by 4.7 per cent from last February. Condo sales in the 905 region also experienced a decrease of about 20 per cent; however, their prices continued to grow.

The MLS® HPI Composite Benchmark price, which eliminates fluctuations in price growth due to changes in sales mix, increased by more than 3 per cent on a year-over-year basis in February.

Mercer pointed out, “We will undoubtedly experience some volatility in price growth for some market segments in 2013. However, months of inventory in the low-rise market segment will remain low, resulting in average price growth above three per cent for the TREB market area this year. Our current average price forecast is $515,000 for all home types combined in 2013.”

The greatest declines were recorded in the detached homes, next to resale condos, with transactions slipping by 16 per cent across the GTA and almost 17 per cent in the City of Toronto. Prices in the 416 region remained flat for detached homes, with average sale prices of $823,329. The average price of detached homes in the 905 area went up by 3.4 per cent last month compared to February 2012, with prices averaging $582,777.

RBC Economic and Financial Outlook announced that there’s an upward trend for world economic growth, and that business confidence is increasing on a global level. It reported that in Canada, the sales of new and existing homes went up by 8.1 per cent in 2012 compared with 2011, that prices grew by 10 per cent, and that housing starts increased by 28 per cent since December 2011. RBC suggested that this trend in the Canadian housing market should continue if interest rates remain low. This economic growth is reflected in the GTA housing market, as new home developments and sales are expected to grow throughout 2013. 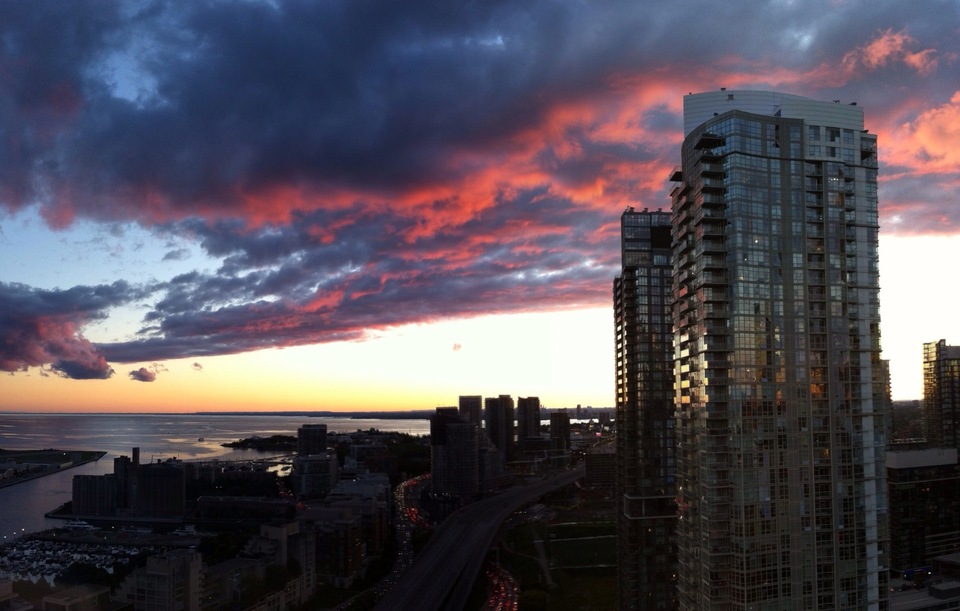 Orange clouds over Toronto by veggiefrog

CMHC Housing Market Outlook predicted that employment, economic growth, and net migration should gain momentum later this year after slowing in late 2012. This is expected to lead to an increase in housing starts, which CMHC forecasts at somewhere between 178,600 to 202,000 units for 2013.

Moderation is expected in the whole country, including Ontario, and modest growth is expected to continue in 2014. The CMHC forecast stabilization in residential construction in the beginning of 2014, as the economy will gain strength and migration will contribute to housing demand. However, such economic improvement is strongly dependent on the United States, as Ontario heavily exports there.

The report indicated that multi-family home construction should moderate to 37,500 units in 2013, as a result of slowing new condo sales through 2012. New condo sales and apartment starts are expected to be supported by growing demand from ageing baby boomers and young first-time buyers aged 25 to 34. CMHC predicted multi-family starts to stabilize by 2014 to 38,300 units.