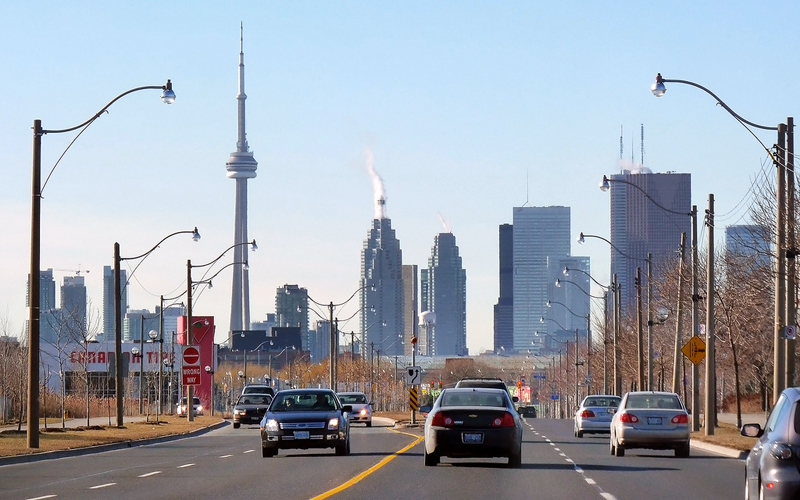 The Canadian housing market has continued its cooling trend in February, causing the Canadian Real Estate Association (CREA) to lower its sales outlook for 2013 for the third time since last summer. Originally, CREA forecast that 447,400 units would be sold in 2013. However, the significant February drop has forced it to lower its prediction to 441,500 units, which is 2.9 per cent less than last year. Right in the middle of this slowdown, the Bank of Montreal has lowered its mortgage rate for a five-year fixed mortgage, which could trigger a spring mortgage rate battle. The government has become concerned, and Finance Minister Jim Flaherty has decided to intervene in order to prevent a mortgage war.

The Bank of Montreal has decreased its five-year closed mortgage rate from 3.09 per cent to 2.99 per cent, which is the lowest published rate among the big banks. There were fears that the other big banks could follow this trend to compete on the tight Canadian housing market, particularly in red-hot markets such as Toronto’s.

The Bank of Montreal’s new five-year fixed rate, which includes a 25-year amortization period, represents a monthly payment of $2,363.66 on a $500,000 mortgage, in comparison with the $2,389.38 at the previous rate of 3.09 per cent. This means that a borrower would save $2,361.75 in interest during the five-year period. Moreover, the Bank of Canada’s five-year bond rate was in the 1.3 per cent range at the end of February, after reaching almost 1.6 per cent at the end of January.

BMO’s move has been followed by numerous predictions of a collapse in the residential real estate market and by Mr. Flaherty’s warning to Canadian banks to stay away from mortgage battles. Mr. Flaherty suggested in a statement for The Globe and Mail earlier this month:

My expectation is that banks will engage in prudent lending — not the type of ‘race to the bottom’ practices that led to a mortgage crisis in the United States. 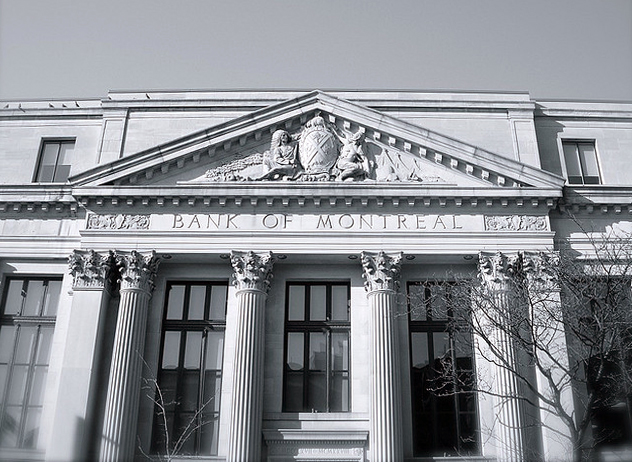 The Bank of Montreal by J.L. Trinh

Furthermore, Manulife Bank reversed its new discount five-year fixed mortgage rate of 2.89 per cent after the federal finance minister’s interference. Mr. Flaherty confirmed to reporters in Ottawa that he instructed one of his staff to call Manulife Bank and express his displeasure.

However, there is a growing wave of questioning and criticism of the Minister of Finance’s actions among some professionals. As The Globe and Mail informed, Finn Poschmann, vice-president of research for think-tank the C.D. Howe Institute, explains,

It’s strange to be concerned about banks offering low rates, if the worry is that consumers might like low rates and are willing to take them up on the deal, because banks are in the business of making money by underwriting prudent mortgages and if they didn’t do that they’d be in a lot of trouble with their shareholders.

Furthermore, liberal interim leader Bob Rae expressed disapproval of the minister’s interference, calling it ridiculous, according to Canadian Press reports from March 19. He criticized the government’s interference in the free market. As Mr. Rae suggests, “The idea that the minister of finance would basically be trying to create some kind of a cartel among the banks and the financial institutions as to what they can offer consumers by way of interest rates is I think completely inappropriate.”

The Ministry of Finance has undertaken several measures in the last few years to restrict mortgage lending rules, including reducing the maximum amortization on mortgages to 25 years from 40. As a result, mortgage lending as well as house sales and prices have been slowing down in recent months.

The number of home sales reported through the MLS® Systems of Canadian real estate boards and associations as well as other cooperative listing systems in the country recorded a decline of 2.1 per cent on a month-over-month basis in February 2013. National activity has maintained steady levels since dropping in August due to tightening mortgage lending rules, according to The Canadian Real Estate Association.

Less than half of all local markets experienced an increase in home sales from January to February. However, small declines in the major markets of Greater Toronto and Montreal as well as significant downturns in Greater Vancouver and Winnipeg have dragged the national balance down.

In addition, CREA reported that actual (not seasonally adjusted) activity last month was 15.8 per cent lower than in February 2012. Nearly 80 per cent of local markets recorded year-over-year downfalls in sales activity in February.

Gregory Klump, CREA’s chief economist, suggests that one of the main reasons for the year-over-year decline is a significant decrease in demand compared to 2012. However the monthly trends for demand and prices have been reasonably stable since the major decline last summer.

New listings dropped by 1.2 per cent month-over-month in February to their lowest level since November 2010. However, the number of newly listed homes went down together with demand, keeping the housing market in balance. The decline of new listings was recorded in approximately 60 per cent of local markets, with the largest slumps recorded in Greater Toronto, Montreal, Greater Vancouver, and Saskatoon.

As CREA informed, the actual (not seasonally adjusted) national average price for homes sold in February 2013 reached $368,895, which is 1 per cent lower compared to February 2012. The national average sale price was pulled down mainly by Greater Vancouver, which currently accounts for less than 6 per cent of national activity.

The Average Selling Price in the GTA Expected to Grow

According to the latest figures released by Greater Toronto Area REALTORS®, there were 3,594 home sales reported through the Toronto MLS® system during the first half of March 2013, which is 11.5 per cent lower than during the same period last year. The number of newly listed homes increased by less than 2 per cent.

A decrease in sales and a slight increase in listings represents a better supply of the GTA housing market in the first fourteen days of March 2013 compared to the first two weeks of last March. Nevertheless, according to Ann Hannah, Toronto Real Estate Board president, the competition between buyers was strong enough to promote moderate to strong upward pressure on average selling prices for most home types on an annual basis. She added,

The average price for condominium apartments in the City of Toronto was up over last year. If this price growth continues, it may indicate that conditions are tightening slightly in this segment.

The average selling price during the first half of March recorded an increase of almost 6 per cent on a year-over-year basis, reaching $532,102. Average prices grew for all major home type categories.

The average annual rate of price growth for single, semi-detached, and town homes is outpacing the rate of inflation drastically, mainly because of the tight supply, according to Jason Mercer, TREB’s senior manager of market analysis. Furthermore, he pointed out,

The condo apartment segment has been a mitigating factor, which is why our forecast for price growth in 2013 remains at approximately 3.5 per cent of $515,000 for all home types combined.

Hi colleagues, its impressive article on the topic of educationand completely
defined, keep it up all the time. 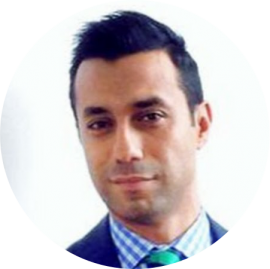