Another month is over, and Greater Toronto Area REALTORS® have released their newest Toronto housing market figures. According to the statistics, there were 9,811 sales reported through the Toronto MLS system in April 2013, which is 2 per cent fewer compared to the 10,021 transactions last April. New listings during April 2013 as well as active listings at the end of the month recorded an increase on a year-over-year basis.

Housing sales in most parts of Canada, including Toronto, have been declining since the government introduced new mortgage lending rules last summer. The real estate market reached its peak in the first half of 2012, followed by a significant downturn during the second half of 2012. We can expect a reduction of such sharp year-over-year declines, as the comparisons will fall in 2013.

Even though the Toronto housing market experienced several drawbacks this year, April sales managed to perform quite strongly compared to last year, according to Toronto Real Estate Board president Ann Hannah. She suggests that later on in the spring and the second half of this year, the demand for home ownership should continue to firm up relative to last year. She added,

It has been almost a year since the federal government enacted stricter mortgage lending guidelines. It is realistic to surmise that some households, who originally put their decision to purchase on hold, are once again looking to buy.

The average selling price this April was $526,335, which is 2 per cent higher than April 2012. The MLS® HPI Composite Benchmark Price recorded an increase of 2.9 per cent. 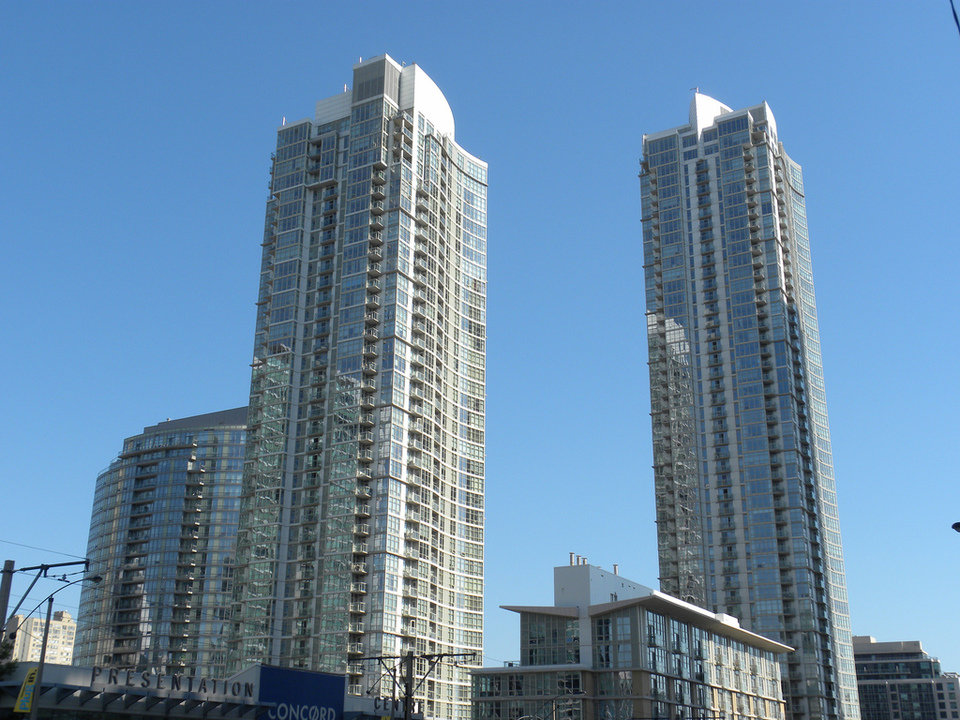 Downtown condos experienced the greatest price growth, with an average selling price of $379,266, which represents a 5.6 per cent increase year-over-year. While downtown condo prices were up, sales declined by 1.3 per cent compared to last April. Resale condo prices dipped almost 6 per cent in the 905 regions, to $273,832. Sales of suburban condos experienced a slump of 7.3 per cent this past April. Furthermore, the Toronto Real Estate Board informed that the total number of condo units for sale in the 416 region was up 8 per cent and 16 per cent in the 905 regions.

According to Jason Mercer, TREB´s senior manager of market analysis,

The condominium apartment segment in the City of Toronto was a key driver of price growth in April, with both the average selling price and the MLS HPI apartment index up on a year-over-year basis. The improved condo sales picture, with Toronto sales down by only one per cent compared to last year, suggests that interest in condo ownership may be improving.

On the other hand, Urbanation Inc., a Toronto-based real estate research firm, reported that sales of new condos in Toronto went down by 55 per cent in the first quarter of 2013 in comparison with the first three months of the last year. Moreover, figures made by Urbanation show that on a quarter-over-quarter basis, sales of new condos declined 29 per cent. Prices went up, however, at a slower pace than historical norms. The price per square foot for a new condo in Toronto increased by 2.5 per cent on a year-over-year basis in the first quarter. However, this is lower than the average 6.4 per cent growth recorded over the past decade.

The lower volumes seen in the first quarter were not unexpected given how strong the market was throughout 2011 and the first part of 2012. The industry has been cautious in bringing new units to market as sales centre traffic has slowed.

The slowdown of Canada´s real estate market should come to an end in the near future according to the Canada Mortgage and Housing Corp.´s annual report released Monday. The Canadian housing market should stabilize by July and then begin to grow.

We see some stabilization as of mid-year and some more momentum at the end of the year and into 2014, and that of course will be related to an improvement in overall economic conditions next year.

According to the housing agency, there aren´t any major problems with credit quality and few people are behind in their mortgages. Apparently, Canadians take their mortgages very seriously, as they tend to pay mortgages first and let credit cards or other loan payments slide.

Furthermore, most borrowers of homeowner loans have high credit scores, and the average borrower equity in CMHC´s insurance portfolio is 45 per cent — a slight increase compared to last year. Moreover, mortgage loan insurance losses on claims went down by $85 million to $532 million in 2012.

The report indicates that Canadians are paying down their mortgages faster. Approximately 75 per cent of high-ratio homeowners last year were ahead of their scheduled amortization, with a third consistently ahead by at least one payment, which is a bit more than in 2011.

The average outstanding insured mortgage per household in 2012 was $140,587. And almost 80 per cent of the high-ratio borrowers CMHC approved last year had credit scores exceeding 700, which is higher than the minimum 600 required to qualify.