The latest figures released by the Greater Toronto Area REALTORS® showed that the average selling price of homes in the GTA is increasing despite predictions of moderating housing prices in the GTA. According to the report, the average selling price for May 2013 reached $542,174, which represents an increase of 5.4 per cent compared to May 2012, when the average selling price was $514,567. The annual rate of price growth hit such high numbers mainly due to the tight low-rise segment and to single-detached and semi-detached home transactions in the City of Toronto. The MLS® Home Price Index (HPI) Composite Benchmark grew by 2.8 per cent on a year-over-year basis. 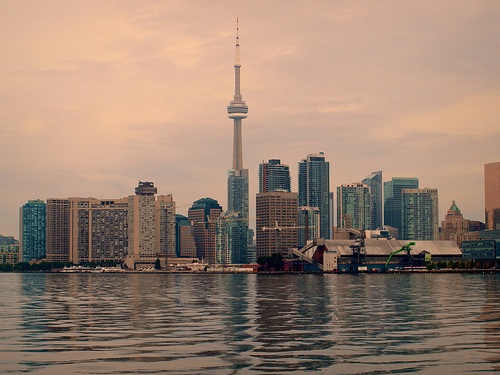 The number of transactions reported through the TorontoMLS system reached 10,182 in May 2013, which is 3.4 per cent lower than in May 2012. However, sales of single-detached homes in the GTA experienced an increase of almost 1 per cent year over year, including a 3 per cent increase in the City of Toronto. According to Ann Hannah, Toronto Real Estate Board (TREB) president, there has been a considerable improvement in the sales picture in the GTA over the past two months. Even though sales in April and May were lower than they were in 2012, the rate of decline has considerably slowed. She adds,

A growing number of households who put their decision to purchase on hold as a result of stricter lending guidelines are starting to become active again in the ownership market.

Moreover, there were increases in the average selling price recorded in numerous segments of the Toronto real estate market, including condos. The average selling price of condominium apartments in the City of Toronto increased by 1.2 per cent, to $372,768. In the 905 region, prices of condos went up by just under 1 per cent, settling at $293,398. The number of condos that switched owners in the GTA in May 2013 was 9.3 per cent lower than in it was in May 2012. However, this figure has been in double digits since August 2012.

According to Sal Guatieri, senior economist with the Bank of Montreal, the demand for condominiums in Toronto is still strong even though there has been a downturn in the market for new projects. According to Urbanation, a condo market research firm, the Toronto condo market is rebalanced and there should be no fears of a bubble burst. Urbanation particularly cited builders pulling back on new projects and the growing interest of first-time buyers in condominium apartments. A survey conducted by Pollara, a public opinion firm, for Bank of Montreal revealed that approximately 31 per cent of prospective buyers say they hope to buy a condo by 2018, which is 11 per cent more compared to the respondents of the 2012 survey. One of the reasons for this increase is that condos remain relatively affordable across the GTA, with an overall average price of $350,598 — considerably lower than the $676,797 for detached houses or the $496,120 for semi-detached houses in the GTA.

The annual rate of price growth in May was not surprising given the competition that still exists between buyers, particularly for low-rise home types such as single-detached and semi-detached houses. We remain on track for a 3.5 per cent increase in the average selling price for 2013 as a whole.

One of the major reasons for the price growth in Toronto is a shortage of supply, which is exceeded vastly by growing demand. Demand for houses remains healthy, but the number of new listings is stuck at lower levels. There is a significant number of sellers who wait with their listing, hoping that prices will increase again. The average days on the market for a listing was 23 in May 2013, which is two days more than in 2012. 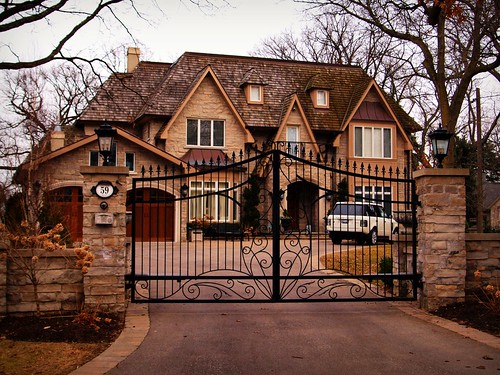 Is the Canadian Housing Market Slowing Down?

There seems to be this view that we have achieved a soft landing because everything is declining slowly, but the pace of decline is more or less in line with the early stages of the U.S. slump.

The Canadian housing market shows signs of overvaluation and overbuilding. Housing starts have plunged substantially, interest rates remain low, and there will be less hiring and fewer increases in pay as a result of government belt-tightening. Even though developers are holding back on new constructions, the inventory of units for sale is still increasing. Oversupply, falling prices, and uncertainty in the slowing housing market could result in a decreasing number of jobs in construction and housing-related industries. Will Dunning, chief economist of the Canadian Association of Accredited Mortgage Professionals, warned that housing starts could decrease to about 150,000 by the second half of 2014 from last year's 205,000. This could erase around 80,000 jobs in construction and related industries alone. Dunning predicted that job loses could reach 150,000 over the next two years, with 35,000 in the GTA. He pointed out that the Toronto condo market won't be able to satisfy the demand,

Projects that start construction this year and next year might not be ready for occupancy until 2018 or even later, resulting in some extremely annoyed clients and damage to the reputations of the builders.

There are warnings of job losses caused by decreasing resale activity and spending on additional housing items that, combined with construction job losses, could increase the rate of unemployment by about three-quarters of a point.