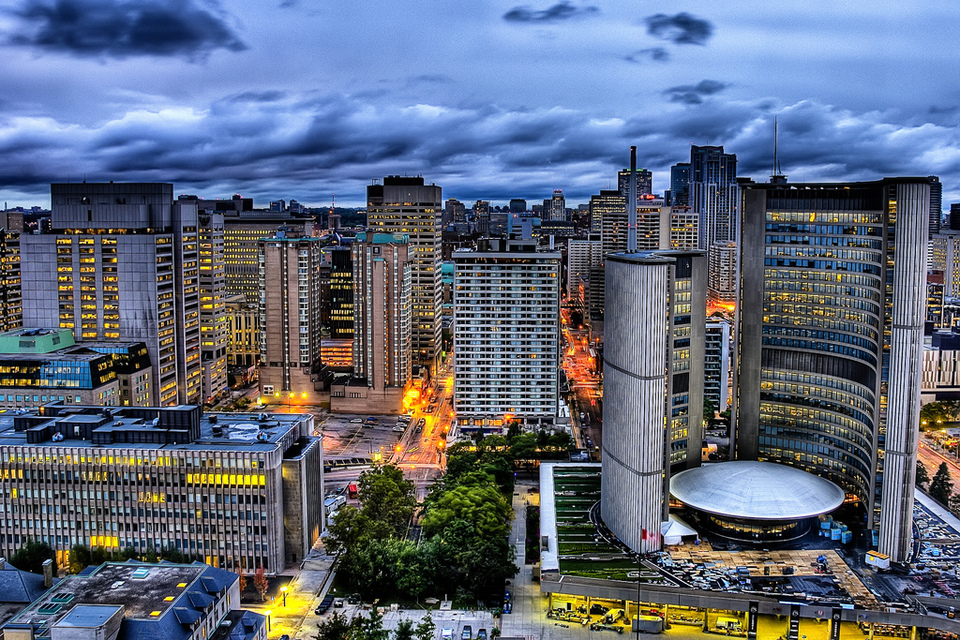 The figures released by the Toronto Real Estate Board (TREB) on Thursday, October 3, indicate that there were 7,411 residential sales recorded through the Toronto MLS system in September 2013. This is an increase of 30 per cent compared to last September, when tighter mortgage lending rules hampered sales activity. On the other hand, the total residential sales reported through Toronto MLS during the first three quarters of 2013 have reached 68,907 year-to-date. This represents a 1 per cent decrease compared to the same period in 2012. 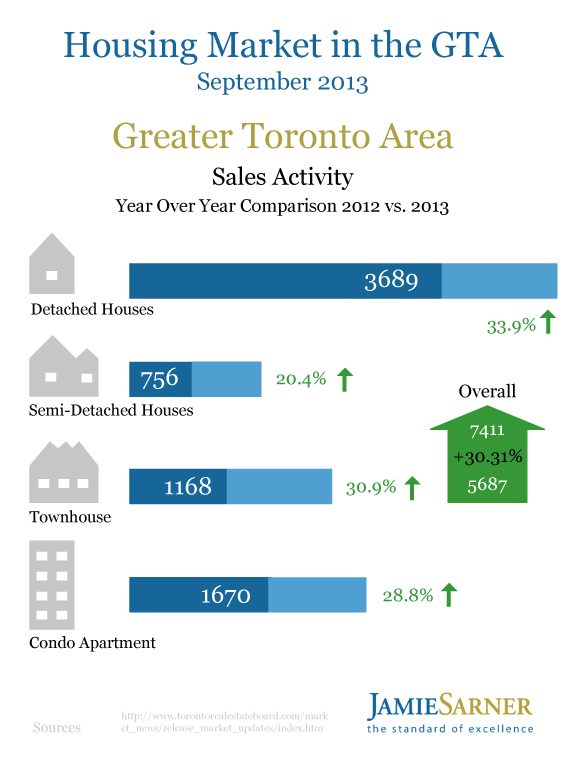 Despite the government’s efforts to cool the housing market, housing activity continues to soar in the biggest market in the country. Market watchers suggest that the increased demand is a result of rising interest rates pushing buyers to take advantage of their pre-approved mortgage rates. Derek Holt, an economist at the Bank of Nova Scotia, added,

Much of this sales strength of late has been brought forward at the expense of later in the year and particularly into the spring market next year. I find it a little disturbing to see in some quarters that the four- or five-month trend has been fist-pumped as a source of great optimism.

Many realtors predicted these high sales numbers as a result of the cold, wet spring that numbed the peak sales season. The usual spring demand has been pushed well into fall — and so far, the weather is providing good conditions for sales.

The highest sales growth was recorded in the detached houses sector (with 33.9 per cent), followed by townhouses (30.9 per cent), and condos (28.8 per cent). Toronto Real Estate Board president Dianne Usher, remarked,

It’s great news that households have found that the costs of home ownership, including mortgage payments, remain affordable. This is why the third quarter was characterized by renewed growth in home sales in the GTA. We expect to see sales up for the remainder of 2013, as the pent-up demand that resulted from stricter mortgage lending guidelines continues to be satisfied. 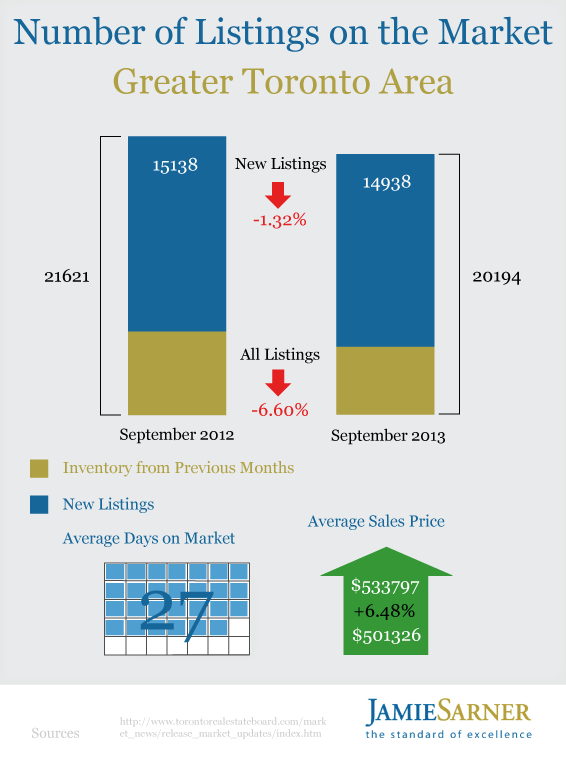 Number of Listings on the Market in GTA

The average price of a home in Toronto for September settled at $533,797, growing 6.5 per cent from September 2012. The average selling price through the first nine months of 2013 was $520,118, representing an increase of more than 4 per cent compared to the same period last year. Moreover, the MLS® Home Price Index composite benchmark, which adjusts for changes in the types of houses that are selling, grew in September by 4 per cent on a year-over-year basis. 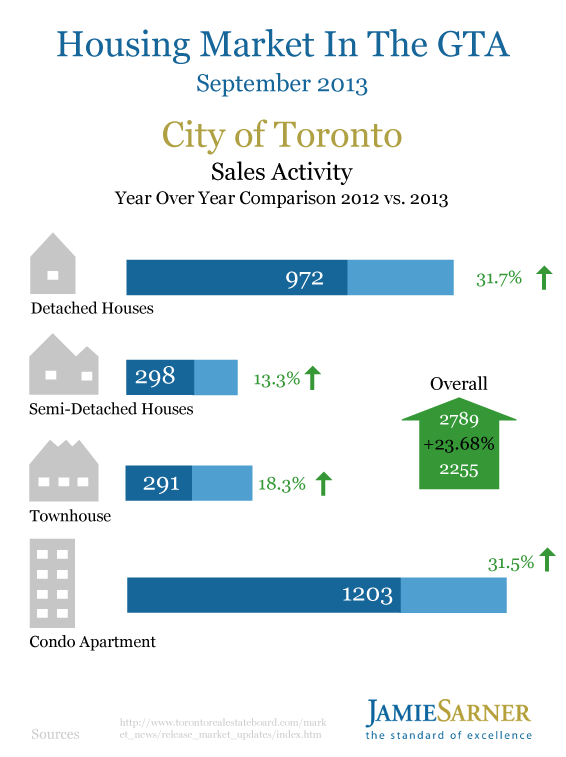 Townhouse prices recorded the highest growth, at 9.7 per cent, followed by a 7.9 per cent increase in detached home prices and a 1.5 per cent rise in the semi-detached sector. However, average condo sale prices slumped almost 2 per cent from September 2012. TREB’s senior manager of market analysis, Jason Mercer, commented,

The price growth story in September continued to be about strong demand for low-rise home types, coupled with a short supply of listings. Even with slower price growth and month-to-month volatility in the condo apartment market, overall annual price growth has been well above the rate of inflation this year. This scenario will continue to play out through the remainder of 2013.

As George Carras, president of RealNet Canada Inc., suggested, we should divide the GTA housing market into two markets when assessing the average price: low-rise and high-rise. As we can see, over the past three years, high-rise prices remained relatively flat, rising by only 3 per cent, whereas low-rise prices surged by 35 per cent over the same period. The same trend continued in September. 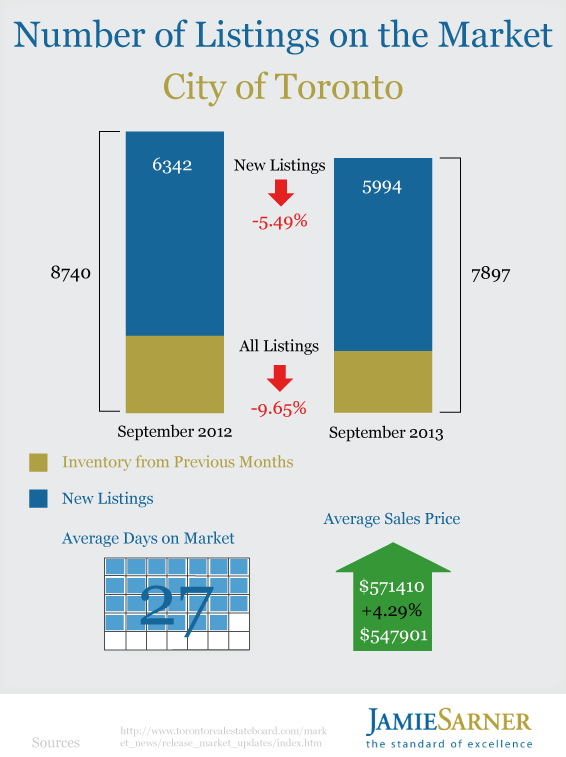 Number of Listings on the Market: City of Toronto