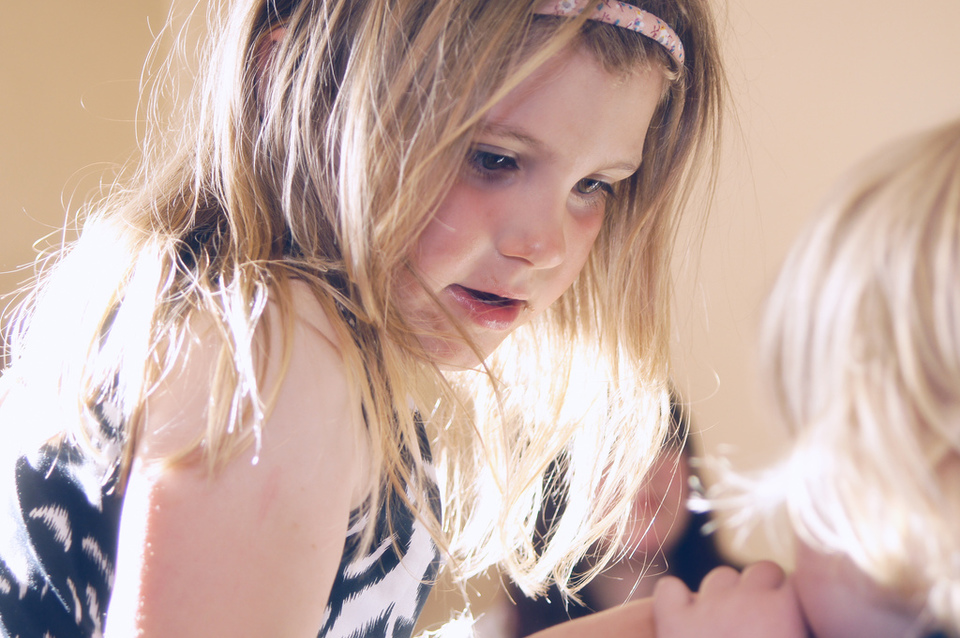 Even though home prices and the housing affordability index in Canada continue to increase, Statistics Canada announced on September 11, 2013, that approximately seven in ten Canadian households own their homes. Affordability is becoming an issue. The Royal Bank of Canada (RBC) announced that the proportion of household income required to keep up with the cost of owning a home grew by 0.3 percentage points, reaching 42.7 per cent, for detached bungalows and by 0.4 percentage points, to 48.4 per cent, for two-storey homes during the second quarter of 2013.

Still, Canadians highly appreciate the benefits of owning their own homes, and we can see an increasing trend in homeownership rates. There are many reasons why Canadians prefer their own place, but a study completed by the Canada Mortgage and Housing Corp. (CMHC) for Habitat for Humanity, a Canadian non-profit organization, gave us the best reason: owning a home makes families happier, healthier, and more financially secure.

The study aimed to find out how the lives of Habitat families changed after they bought and moved into their new homes. A Habitat family is a family whose house was built thanks to the help of Habitat for Humanity, which sells houses to families at fair market value with affordable, interest-free loans without any down payment. The monthly mortgage payments are based on 25 to 30 per cent of the family’ s gross monthly income. Habitat homeowners must contribute towards the purchase of the home with 500 hours of “sweat equity." So far, Habitat for Humanity has 69 affiliates across Canada and has helped more than 2,200 low- and moderate-income families buy a home. 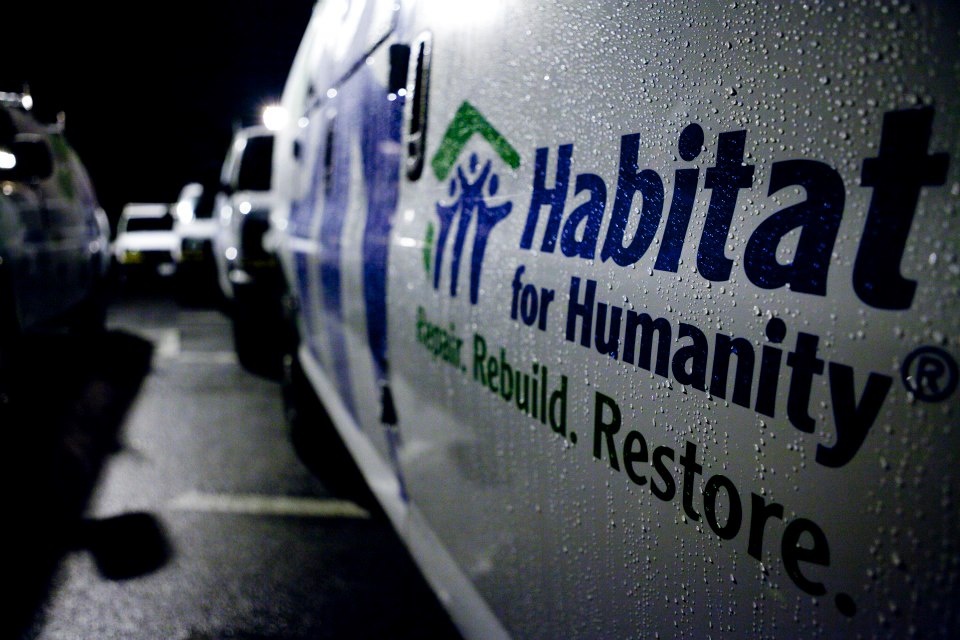 Habitat for Humanity by Ezra Millstein

The results of the survey indicate that the lives of 89 per cent of Habitat families improved since they moved to their new houses, and 86 per cent of these families consider themselves happier. More than three-quarters of the Habitat homebuyers surveyed answered that their own health and the health of their families has improved, noting indicators such as reduced colds, flu, allergies, asthma, or stress. Moreover, the majority of Habitat homebuyers reported improvements in their children’s well-being, school performance, and participation in extracurricular activities. The study explained,

A major finding from the survey was the improvement in children’s school performance and well-being since moving into their Habitat home. To the extent that these improvements would not have occurred without moving into a Habitat home, this outcome would represent a major and long-term social benefit.

Fifty-eight per cent of Habitat homeowners saw an improvement in their family's financial situation since they moved to their new home — even though their overall housing costs went up. Nearly half of respondents suggested they had more financial control over their monthly expenses, as they didn’t have to face any unpredictable rent increases in their new Habitat homes. Over 62 per cent of homebuyers reported that they were now building equity in their homes, which they consider a major benefit of homeownership.

Canadian homeowners appreciate homeownership mainly because it represents something that belongs to them and allows them to live healthier and happier lives. Plus, they consider a sense of stability, an ability to build equity, and having more personal space as well as a backyard the main benefits of owning their own properties. The president and CEO of Habitat for Humanity Canada, Kevin Marshman, commented on some of the positive as well as negative aspects of homeownership that Canadian families with lower income have to deal with. He said,

Cramped quarters, unhealthy environments, unsafe neighbourhoods—low-income Canadian families often face challenges in obtaining housing that meets their needs. The families who partner with Habitat are able to remove themselves from these difficult situations, build equity for their futures and begin living healthier, happier and more productive lives. 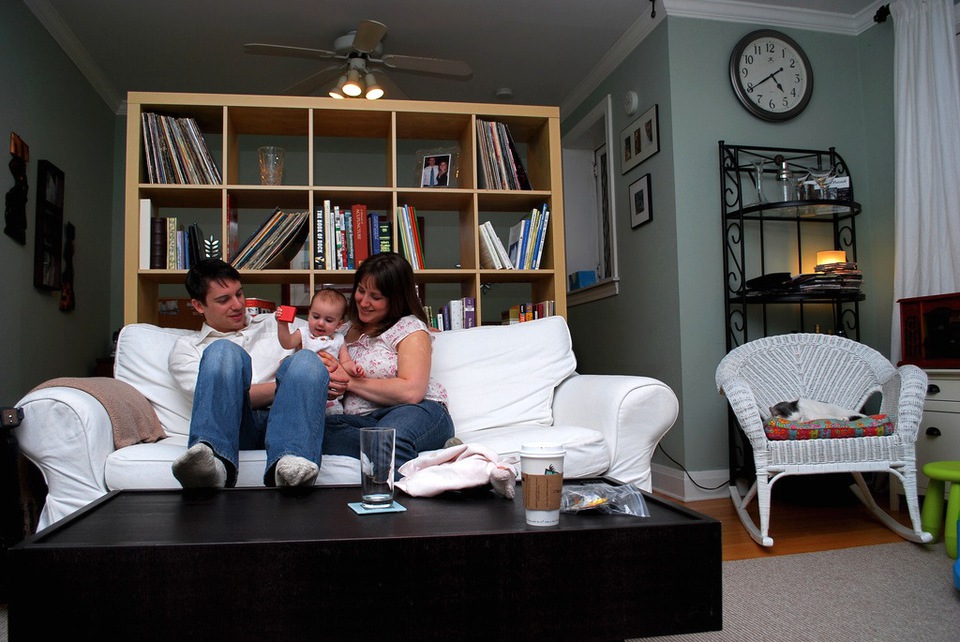 It's worth noting that the results of this survey are in line with a 2012 publication by the U.S. National Association of Realtors called "Social Benefits of Homeownership and Stable Housing." The publication proves that homeownership positively affects children’s educational achievement. According to several academic studies, including Green and White and Harkness and Newman, educational outcomes are strongly influenced by homeownership and residential stability. Plus, children from homeowner families tend to participate in organized activities more and have less screen time compared to renters.

Homeowners used to be more attached to the neighbourhood and therefore more likely to seek opportunities to interact with other neighbours as well as participate in their local communities. According to scholars from the Joint Centre for Housing Studies of Harvard University, low-income people who recently became homeowners are more satisfied with their lives and have higher self-esteem as well as higher perceived control over their lives. Moreover, a publication from the U.S. National Association of Realtors suggests,

In addition to being more satisfied with their own personal situation than renters, homeowners also enjoy better physical and psychological health. Another study showed that renters who become homeowners not only experience a significant increase in housing satisfaction, but also obtain a higher satisfaction even it the same home in which they resided as renters.

On the other hand, homeownership has its downfalls as well. According to a study by David G. Blanchflower of Dartmouth University and Andrew J. Oswald of the University of Warwick in England, owning a home has a negative impact on labour mobility, reducing flexibility and future job options for employed workers. The mobility of renters increases their chance of finding a job, while homeowners have a harder time moving out and could eventually get stuck in jobs that don't really suit them. Plus, homeowners generally tend to commute farther than renters.

As we can see, owning a home and having more individual autonomy might have a positive impact on our lives. But homeownership typically requires responsibility, the ability to make a long-term commitment, and a large financial outlay. Living in your own home offers many social benefits that Canadians consider important and worth paying for. Homeownership requires careful financial planning and preparation. But Canadians are willing to commit themselves in order to be proud owners who belong to a certain community and enjoy a peaceful life.