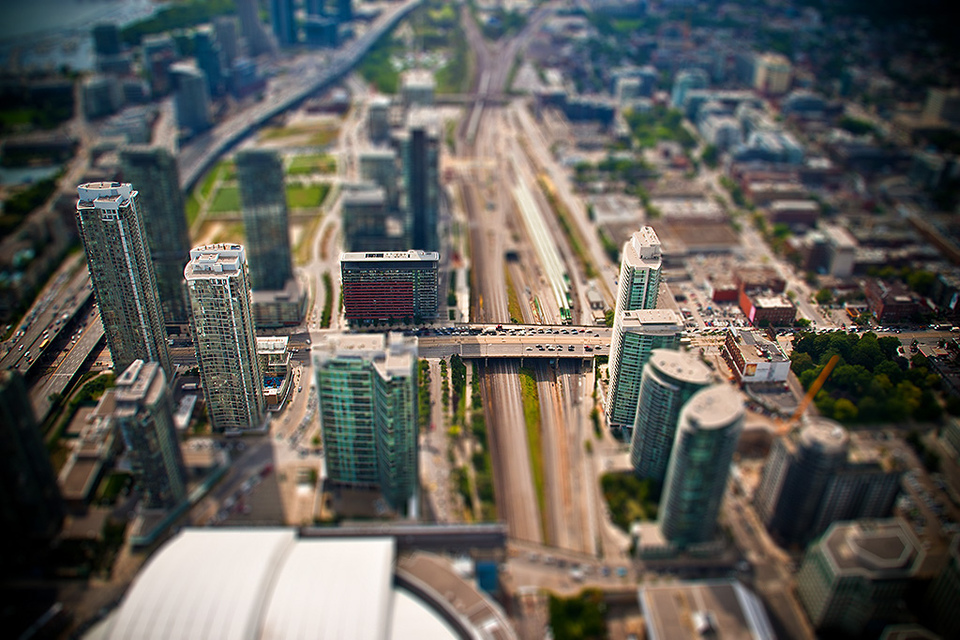 The Toronto housing market remains strong, as the Toronto Real Estate Board recorded a 19 per cent increase in home sales in October compared to the same period last year. Prices were up more than 7 per cent, suggesting that the real estate market in the Greater Toronto Area is booming. However, at the same time, the number of new listings on the TorontoMLS system went down.

Figures from the Toronto Real Estate Board indicate that 8,000 homes changed owners last month, jumping up from 6,713 in October 2012. We can see that the market has rebounded from a cool-down caused by stricter mortgage lending rules in July 2012. The federal government has already intervened four times to try to cool down the Canadian housing market and prevent a housing bubble. But real estate activity seems to have picked up steam again. Finance Minister Jim Flaherty announced on October 28, after a meeting in Ottawa with private-sector economists, that the government has no intention of interfering in the real estate market. He said,

One theory is that we’re pulling forward housing sales by the reality that eventually interest rates will go up, so that some people who perhaps should be waiting a bit are going ahead and buying, but this is speculation and we’re going to have to look into it more. But I have no intention of interfering in the market at the time being. 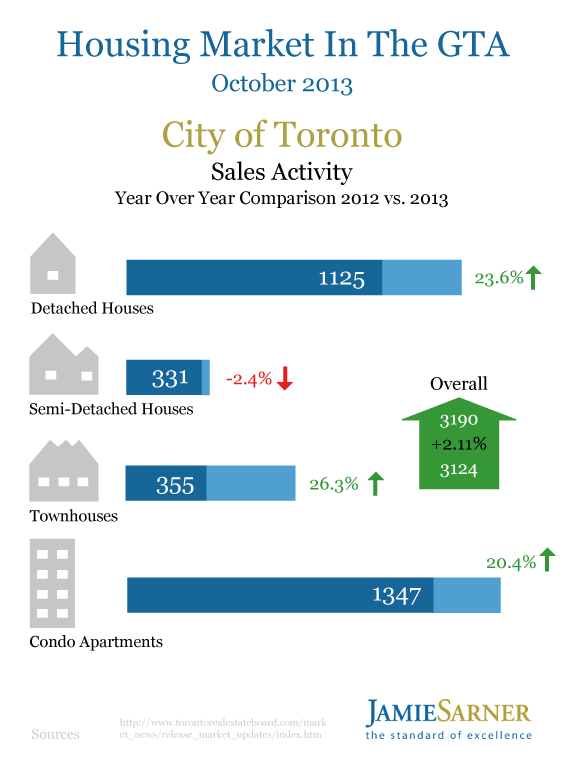 The strongest growth in sales in the GTA goes to the condo segment, surging ahead by 24.5 per cent. It was followed by townhouses and detached houses, which went up 22.2 per cent and 17.7 per cent, respectively. The lowest increase came from semi-detached houses, which rose 7.8 per cent overall but were dragged down by a 2.4 per cent decrease in the 416 region.Toronto Real Estate Board president Dianne Usher remarked that the GTA real estate market has rebounded since the summer and market conditions in some segments have tightened more than others. There has been increasing demand among buyers for ground-oriented homes listed for less than $1 million in some parts of the GTA, but listings for these home types have been constrained. Usher added,

The supply of listings for many home types and price points has either been down year-over-year or at least not up by the same annual rate as sales. The additional Land Transfer Tax in the City of Toronto and the removal of the government guarantee on high ratio mortgages for home purchases over one million dollars have arguably led many homeowners not to list. 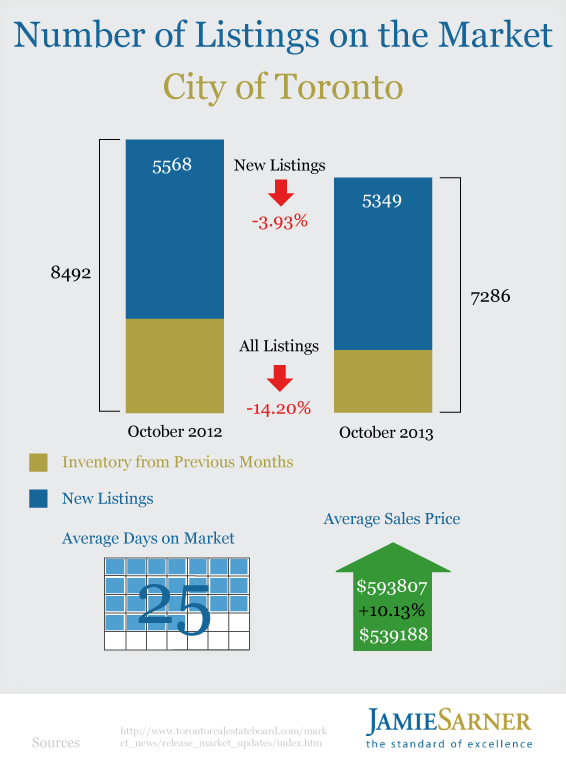 Also, the average selling price of a home in the GTA reached $539,058 in October. This represents more than a 7 per cent increase from the $502,127 recorded in October 2012. The MLS Home Price Index composite benchmark, which adjusts for changes in the types of houses that are selling, rose 4.5 per cent on a year-over-year basis.

Detached homes saw the biggest increase in their average selling price, up 9.0 per cent, followed by semi-detached houses, up 7.4 per cent. Townhouses in the GTA sold on average for $405,118, rising 5.5 per cent from October 2012. The average selling price of existing condos was $358,225, which is an increase of 5.9 per cent year over year. Jason Mercer, the Toronto Real Estate Board’s senior manager of market analysis, commented,

Growth in the average selling price and the MLS HPI Composite Benchmark will continue through 2014. Inventory levels for ground-oriented home types will be low from a historic perspective and home ownership demand will stay strong as affordability remains in check due to the continuation of accommodative borrowing costs. 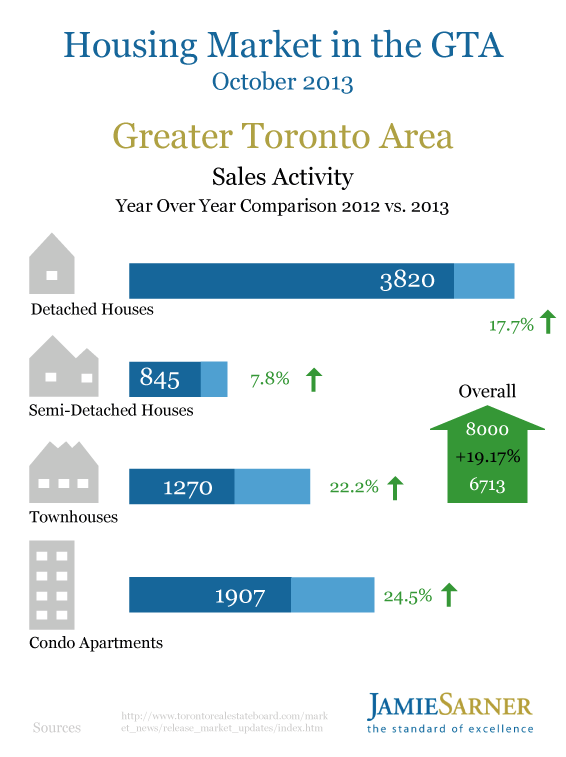 October 2013 was a surprisingly healthy month for the Toronto condo market, which was considered overheated and a significant risk to bursting the housing bubble. October condo sales were up 20.4 per cent in the 416 region and they surged up 35.6 per cent in the 905 regions year over year.

A report by Urbanation, a real estate consultancy, explained that sales of existing condos went up in the third quarter of 2013 by 23 per cent compared to the same period last year. However, the number of new condominium apartments sold recorded an 8 per cent decrease from last year, settling at 3,049 units. Even though this is the smallest annual decline recorded in more than a year, Toronto condo developers feel the pressure of excessive supply and are trying to attract buyers using discounts and other incentives. 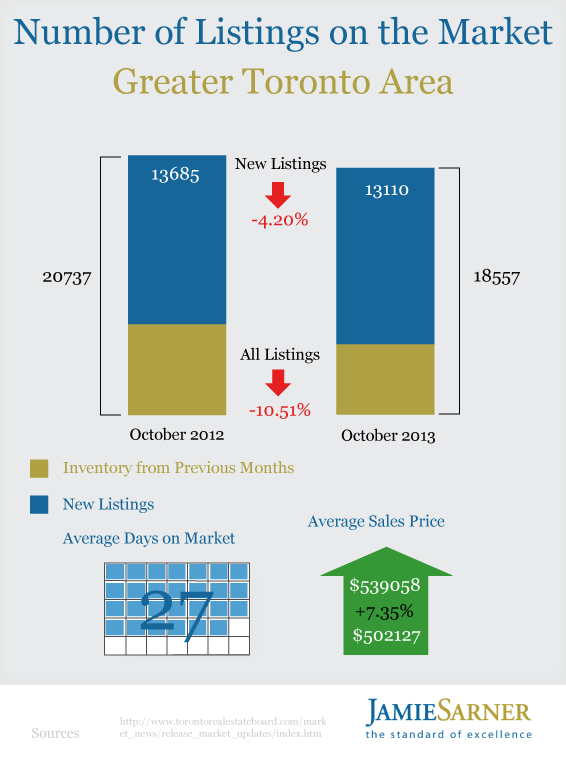 Urbanation also reported that the unsold condo inventory in Toronto dropped for the first time in a year, to 18,814, as developers are focusing on selling unsold inventory and holding back on new launches. Oliver Baumeister von Bretten, a broker specializing in the condo market, said for the Globe and Mail,

Buyers are cautious about the condo market and almost every building is either offering aggressive incentives, such as one-year free maintenance, or special credits and upgrades.

According to Urbanation, there were only 11 new condo apartment projects, encompassing 2,557 apartments, that launched in the third quarter of this year. Developers are trying to stabilize the market by various means, such as reducing inventory, taking a more careful approach to new openings, and offering competitive prices. As a result, overall new condo sales for 2013 are forecast to come in at only 13,000 units. The numbers suggest the Toronto condo market is quite stable and there's no need to fear a bubble.