Toronto enters 2014 with a shortage of homes listed for sale, which results in declining home sales across the GTA as well as a surge in prices year-over-year. The Toronto Real Estate Board informed that home ownership in the GTA remained affordable, but there’s a lack of supply. 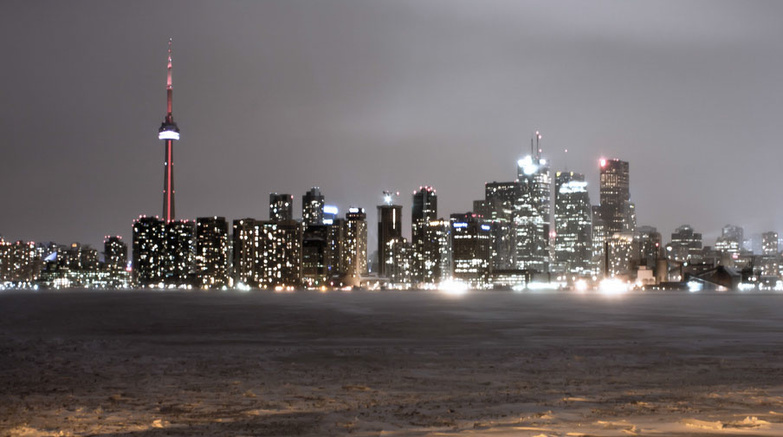 Toronto In January By Alvin Ang

The number of home sales recorded through the TorontoMLS system in January 2014 reached 4,135, representing a decline of 2.2 per cent compared to January 2013. January isn't the best month for selling homes, and the freezing cold weather didn't make it any better. However, new listings experienced a huge 16.6 per cent year-over-year drop, falling to only 8,822, which is alarming. Market observers pointed out numerous factors that are slowing down the GTA housing market, including high costs of selling (particularly in the City of Toronto), increasing demand even for fixer-uppers, and Canadian seniors deciding to stay in their own homes. 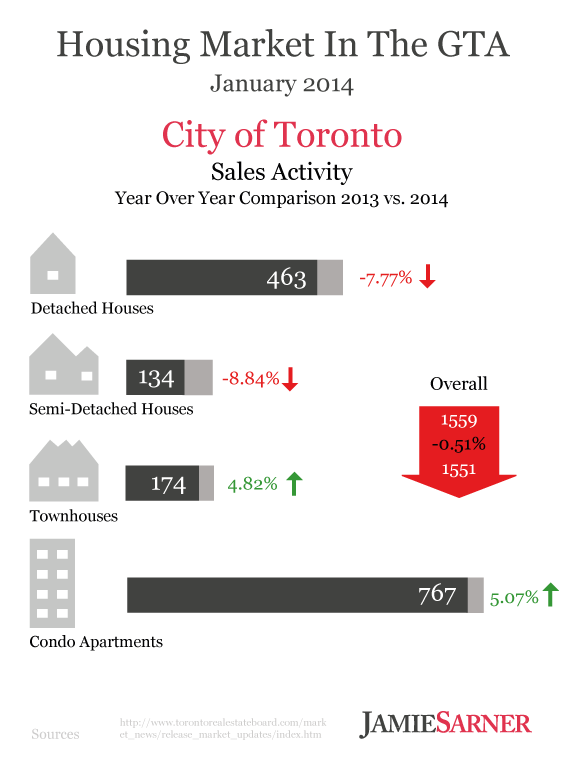 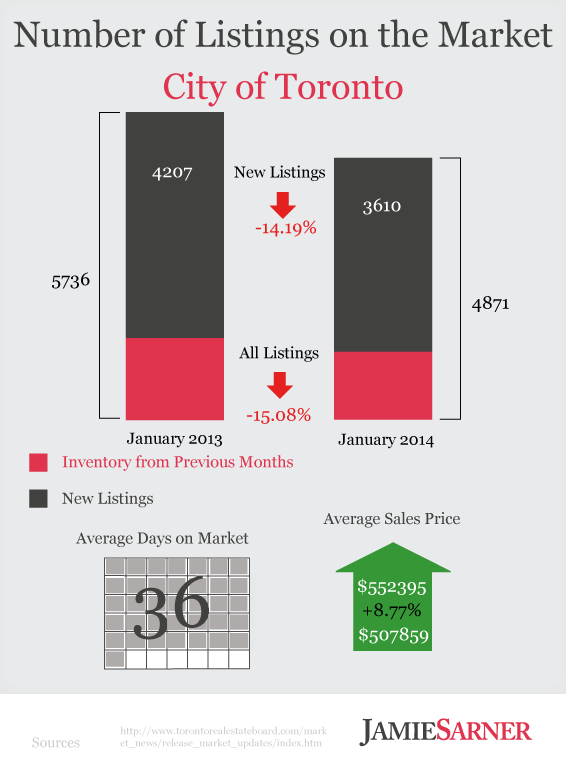 Looking forward, it is possible that strong price growth, and therefore an increase in home equity, will act as a trigger for more households to list their homes for sale. This is especially the case for households whose life styles are changing, including those with an expanding family looking for a larger home or empty nesters looking to downsize.

A lack of inventory fuelled bidding wars, which resulted in a huge price surge in January 2014. The average selling price of a home in the GTA hit $526,528 — an increase of more than 9 per cent compared to the $482,080 recorded in January 2013. The MLS® Home Price Index (HPI) Composite Benchmark, which adjusts for changes in the types of houses selling, recorded a year-over-year increase of 7.1 per cent. TREB’s senior manager of market analysis, Jason Mercer, commented: 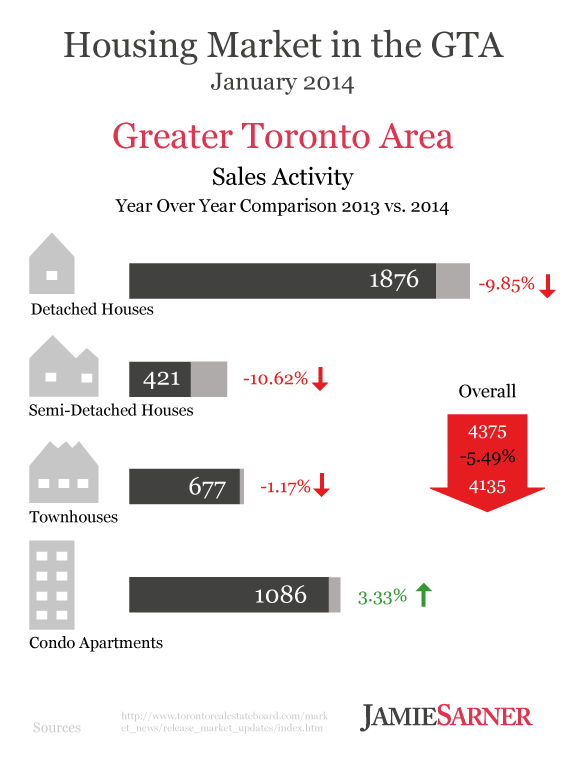 The pace of price growth will remain strong in 2014. Similar to last year, competition between buyers for singles, semis and town homes in the City of Toronto and surrounding regions will continue to exert upward pressure on selling prices. At the same time, mortgage rates will remain near historic lows, so despite strong price growth, home ownership will remain affordable for the average household in the GTA.

The biggest year-over-year increase in average home price was recorded in the detached homes market segment, which was up 12.0 per cent, reaching $686,688 in the GTA. Resale townhouse prices went up 9.0 per cent, with an average price of $407,393, and prices for semi-detached homes rose 6.6 per cent, with an average semi-detached home selling for $481,970. Condo prices saw an increase of 8.7 per cent in the GTA, with prices in the city up 7.6 per cent and a surprising 11.2 per cent growth in the suburbs. 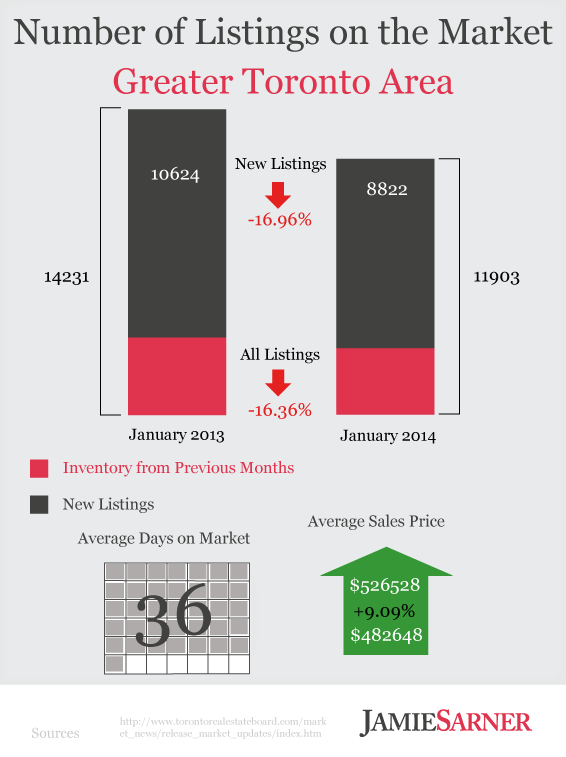 Even though there were indications at the end of 2013 that the Canadian housing market might be heading for a soft landing, there are still concerns about a real estate bubble. Economists from TD Bank warned that Toronto’s housing market is 10 per cent to 15 per cent overvalued and that a spike in interest rates or a negative economic shock could result in prices falling 25 per cent. However, the probability of a sharp increase in interest rates at the moment is low, as some lenders are offering 2.99 per cent five-year fixed-rate mortgages.